The UE Boom 2 is the follow-up Bluetooth speaker to Ultimate Ears’ 2013 UE Boom – a waterproof speaker that made a splash with its insane maximum volume and stellar battery life. It fell slightly flat on audio quality, however.

The new Boom box aims to fix the flaws of the original Boom and comes with improved software and hardware.

By and large it achieves this goal and earns itself a place on the list of 2015’s best Bluetooth speakers.

The UE Boom 2 is similar in design to its predecessor. The 67 x 180 mm, 548g tube features a 360 speaker grille that’s divided by a rubber strip running up it’s long side and along the top and bottom faces. The band houses the speaker’s physical volume and power controls.

The speaker is available in a number of vibrant colour options – which may put off some buyers. I, however, found the green, blue and yellow model on review a welcome change to the horde of monotone Bluetooth units currently on the market. 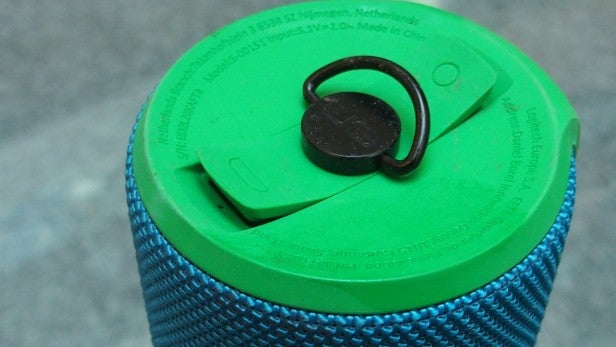 The speaker has been built to IPX7-certification standards. On paper, this means the UE Boom 2 can survive submersions in puddles, lakes, ponds, pints and bath tubs to a depth of 1m for up to half an hour.

I’m not really the bubble bath type, so I took a more direct approach to testing. Following 15 minutes of trying to drown the UE Boom 2 in my kitchen sink, I can confirm that it can indeed survive submersions in water.

The UE Boom 2 aims to offer an improved version of the “360 degree” audio that debuted on the original Boom.

Sound quality was a key issue with the original Boom. While the speaker had great maximum volume, its loudness was a double-edged sword. Cranking the 2013 UE Boom’s volume past 75% would result in the speaker’s two 1.5in drivers and twin 2in passive radiators struggling. With the volume set to high volumes, the speaker would begin to distort.

Ultimate Ears has attempted to rectify the issue by loading the UE Boom 2 with larger, 1.75in active drivers and 3in passive radiators.

Sound quality on the UE Boom 2 is impressive, at least by Bluetooth speaker standards. Bass levels are solid and pack a suitable punch, although at times they can drown out the mid-range. I noticed this was a particular issue when listening to bass-heavy tracks by The Doors.

Luckily, I was able to easily fix this using the UE Boom app. Available on iOS and Android, the app offers a variety of services – at its most basic level it lets you control the speaker volume and skip tracks.

It also features full controls for the speaker’s audio settings, so you can manually reduce its bass, for example, or boost its treble. I found that such settings were a godsend, allowing me to tailor the UE Boom 2’s sound to work with specific tracks. 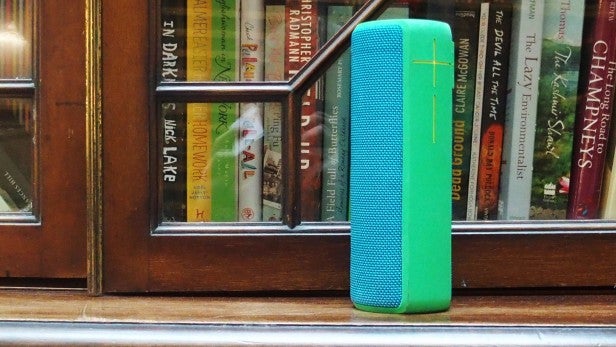 Ultimate Ears claims the app will also add new features to the speaker, via incremental over-the-air software updates. During my two weeks with the UE Boom 2, though, I didn’t see a single update appear.

Overall, after I fiddled with the settings, I found I was able to achieve fairly decent audio from the speaker. It was slightly more balanced than competing Bluetooth speakers, such as the Denon Envaya Mini. However, quality was still shy of matching the Bose SoundLink Mini II – which remains one of the best Bluetooth speakers available.

Maximum volume was equally impressive, with the UE Boom 2 easily loud enough to fill my two-bedroom flat. However, the volume issues remain on the UE Boom 2 – but they aren’t as severe.

Pushing the speaker to 75% sound quality didn’t result in any distortion. But when I cranked up to 90%, both distortion and noise began to creep in – by this point the speaker was at a volume that most home users are unlikely to turn it up to, however.

The UE Boom 2 is powered by a non-removable Lithium-Ion battery, which Ultimate Ears quotes as having a 15-hour life.

This is optimistic. I found that although it is possible for the UE Boom 2 to last up to 15 hours, it’s only if the speaker is constantly playing music at a low volume. At louder volumes the UE Boom 2 generally lasted between eight and 11 hours.

This is still fairly impressive, and it means the UE Boom 2 will happily last a full day in the park, or for a week of evening listening. 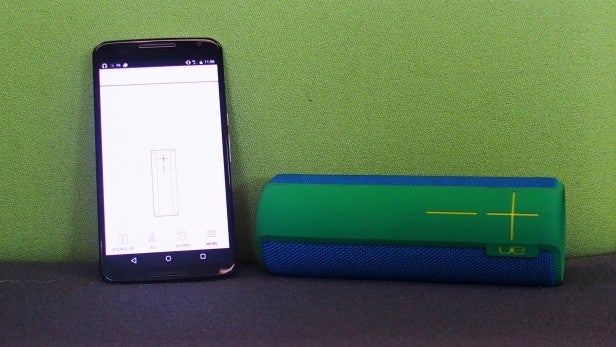 Should I buy the UE Boom 2?

Overall, the UE Boom 2 is a great Bluetooth speaker that fixes many of the issues that plagued its 2013 predecessor.

It offers great audio quality, which beats most competing ruggedised speakers, and many advanced controls via its iOS and Android applications.

However, with prices starting at £170 the UE Boom 2’s perks come with a premium price tag, putting it in the same bracket as the stellar Bose SoundLink Mini II.

While the latter isn’t IP-certified, the Bose speaker does offer superior sound quality and could be a better choice for those not planning to use their speaker outside – or in the shower.

Although it isn’t perfect, the UE Boom 2 is one of the best rugged portable speakers around.