What is the Ultimate Ears UE Boom?

One of the few areas in audio tech to have grown over the last few years is the Bluetooth speaker. Tykes who used to annoy people by playing tunes on their mobile phones on the bus have apparently grown up into adults who like the idea of a wireless portable speaker to crank tunes out of.

The Ultimate Ears UE Boom Bluetooth speaker is one of the best you can get at this size, but the whole market is afflicted by sky–high pricing. It’s a lovely little speaker, but expensive at £170. 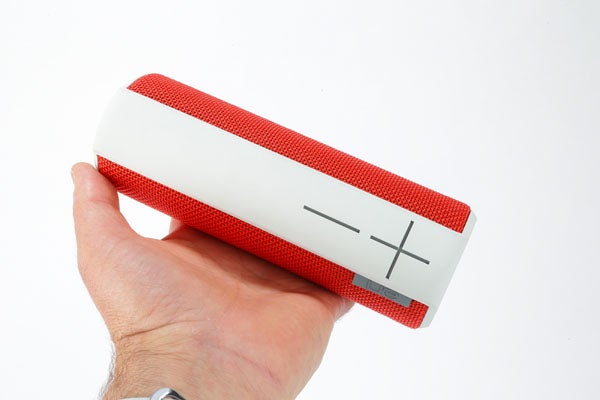 With a design based on a bottle of water, the Ultimate Ears UE Boom is small enough to grip in one hand and has a teeny footprint. Unlike some other portable speakers of this size, such as the Philips Shoqbox, it’s designed to stand upright, rather than on its side.

The UE Boom is also one of the better-looking portable Bluetooth speakers. Aside from its dazzling array of colours, its styling has a light, low-key touch.

It is also quietly rugged. The UE Boom’s top and bottom are rubberised, and the speaker grille is tough woven fabric that’s waterproof. Droplets simply cascade off it rather than being absorbed, so you can run the UE Boom under a tap and it won’t die. 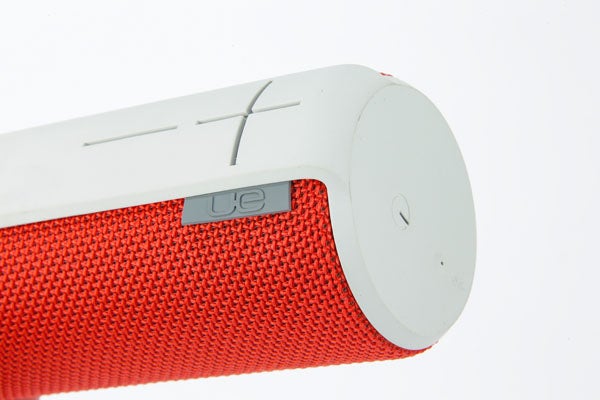 There is a serious problem with its approach to waterproofing, though. On the underside of the UE Boom are a microUSB port used to charge the internal battery and a 3.5mm aux input.

They are completely exposed, and in real-life use where is water highly-like to be a problem? That’s right, on the ground. Wet grass is no friend to the UE Boom, and the park seems like a perfect place for a wireless speaker like this, too.

UPDATE: Ultimate Ears has confirmed that the UE Boom will now ship with a “protective cap to cover both ports”, restoring its water resistance credibility. Hurrah.

The rubbery power button sits on top, there are clear volume buttons on its side and there’s a threaded screw point on the bottom that you can use to attach to, for example, a tripod. You could probably count the number of people who will on one hand, though. 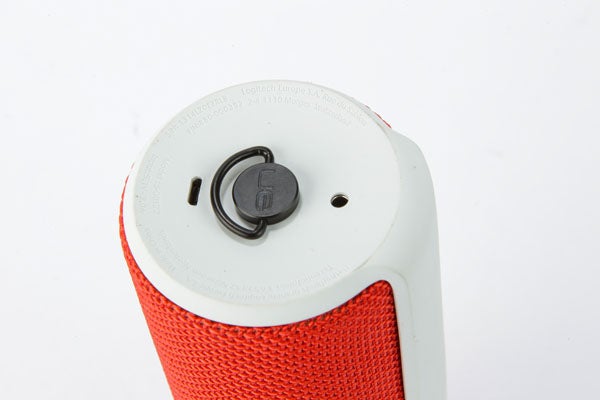 The UE Boom’s battery is rated for up to 15 hours of use. This will be true when playing at reasonably low volumes but we tested the speaker at mid-to-high volumes and it lasted for a solid 8-10 hours.

Unless you’re using the auxiliary 3.5mm socket, the Ultimate Ears UE Boom uses Bluetooth. You can sync a phone with the speaker manually through its settings menu, or the Boom also features NFC that lets them hook up (once paired) with a swipe over the speaker.

However, its Bluetooth performance becomes a bit sketchy as its battery reaches its dregs. Aside from this performance is solid – with decent range and robust streaming.

Ultimate Ears claims the UE Boom offers ‘360 degree’ sound, but what that amounts to is a 1.5-inch driver on each side of the speaker blasting out a mono signal. There’s very little ‘dead zone’, though, and the speaker is not picky about where it’s positioned.

The 1.5-inch drivers are paired with 2-inch passive radiators, which are designed to improve bass response. 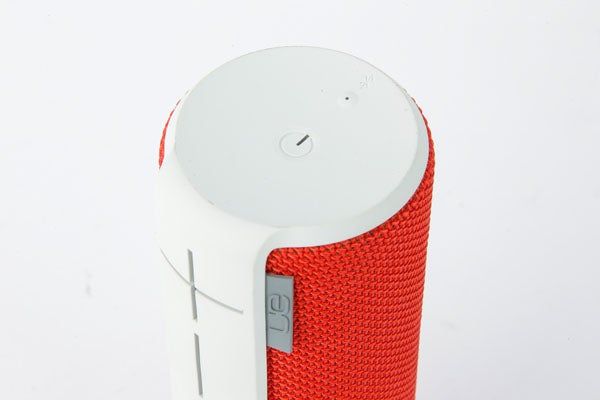 For a speaker this small, bass is good. But its depth and impact are naturally still seriously limited. What’s more impressive is the UE Boom’s volume. It’s capable of going seriously, bafflingly loud – the volume [mass] to volume [dB] ratio here is immense.

It does start to sound quite strained by the 75 per cent mark, and ugly in the last 20 per cent, but at lower volumes it’s tonally pleasingly balanced, aside from the lack of lower-frequency bass.  This decent sound quality means it’s a great little speaker to use in the kitchen or bedroom, rather than just when you’re out at the park. 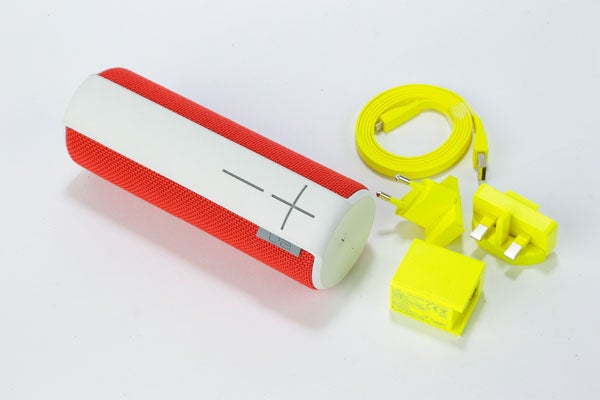 Should I Buy the Ultimate Ears UE Boom?

Its waterproofing misfire is unfortunate, but the Ultimate Ears UE Boom is one of the better portable Bluetooth speakers. It looks good, it sounds decent and it’s seriously loud.

However, this whole product type is problematic, because all the style-driven speakers of this type are too expensive to be considered ‘good value’. The prices of speakers like this, the Beats Pill and the Jawbone Jambox feel as though they’re inflated for the sake of seeming like ‘premium’, desirable items.

The Logitech S715i dock, from UE’s parent company no less, is half the price, sounds better and has a battery too. It’s not as portable, but when the most clever, cost-increasing factors of the UE Boom and its brethren seem to be surface-level things, we find it hard to recommend any of these diddy portable speakers.

The Ultimate Ears UE Boom is a convenient, cool-looking portable Bluetooth speaker that offers superb volume for its small size. However, like most other style-obsessed portable speakers of late, it seems expensive given the sound quality and level of tech sophistication it really brings to the table.