What is the Denon Envaya Mini?

The Denon Envaya Mini is a small wireless speaker, roughly the size of a small hand weight.

Costing £100, the Envaya Mini features passive radiators, which result in a far bigger sound than you might expect given its dimensions.

This is about as good a wireless portable speaker as you can get at the price. The Bose SoundLink Mini II may get you better sound, but it’s larger and also far more expensive at £170. With this is in mind, you can’t go far wrong with the Denon Envaya Mini. 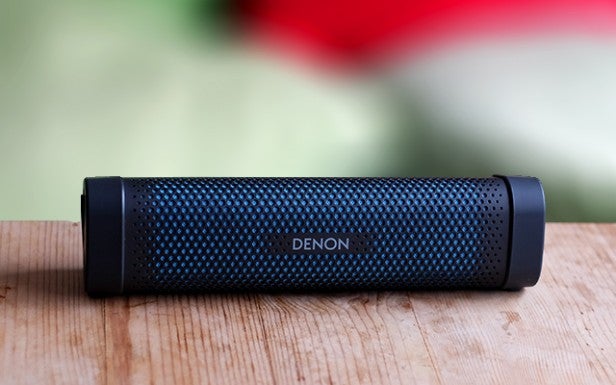 The Denon Envaya Mini is the baby brother of the full-sized Envaya, a £170 speaker that the company launched last year. In our opinion, this small version has a much smarter design.

The Envaya Mini looks quite funky. Where many in this class – such as the Jam Heavy Metal and Pure Voca – have tried to copy the Bose SoundLink Mini with its metal outer shell, Denon has taken a different route, and it works.

It’s a fairly robust unit too. The Envaya Mini is splash-proof: the grille is designed to keep water out, and the sockets are covered by a rubbery flap. While the grille is coated metal, rubbery “treads” at each end of the speaker mean that if it were to be dropped, it shouldn’t come into contact with the floor – on a flat surface at any rate. It does well to keep up with the growing crowd of rugged-ish lifestyle speakers such as the UE Boom. 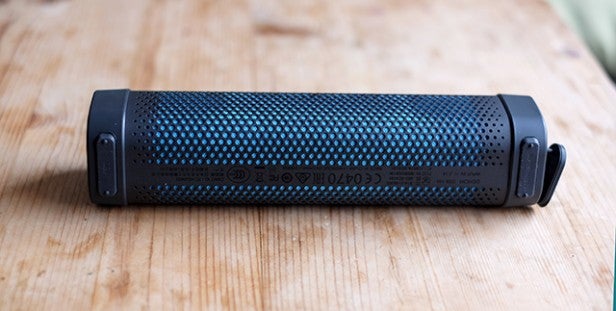 Given its price, the Envaya Mini is one of the best yet. It’s a far less awkward design than the full-sized Envaya, whose dimensions mean it straddles both home and portable speaker classes, without really having the sound quality for the former. This one’s pretty portable, though, and Denon includes a bag in which you can carry it around.

The Envaya Mini is available in a dark grey with blue accents or white with orange accents. Both versions look great.

As you’ve probably already guessed, this is a Bluetooth speaker. It’s designed to hook up to your phone so you can crank out audio on holidays, while you’re cooking, or in the garden when you’re having a BBQ: wherever you like, in fact.

The Envaya Mini may look like a omnidirectional speaker – one that fires out in any direction – but its drivers actually face in one direction, much like most rival models. 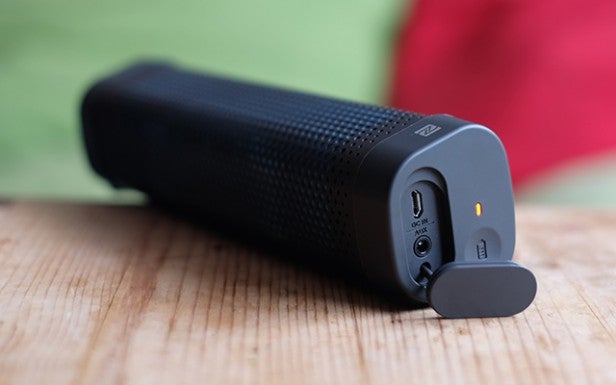 It will last for up to ten hours from a single charge, and if you want to plug in an older player – an iPod Classic perhaps – then there’s a 3.5mm aux input available on the side. The battery is charged using a micro-USB cable, meaning non-iPhone owners can use their phone adapter/cable.

On the end of the Envaya Mini you’ll also find rubbery buttons that let you control music playback and volume. To pair up your phone, you just hold down the “play” button to put the Envaya Mini in pairing mode. Note that it has NFC, too, allowing you to get connected even quicker if your phone supports it.

It even has aptX – the high-quality Bluetooth codec. The fact that the Denon Envaya Mini includes pretty much everything we’d ask of a small speaker for just under £100 shows that wireless speakers are finally reaching maturity. 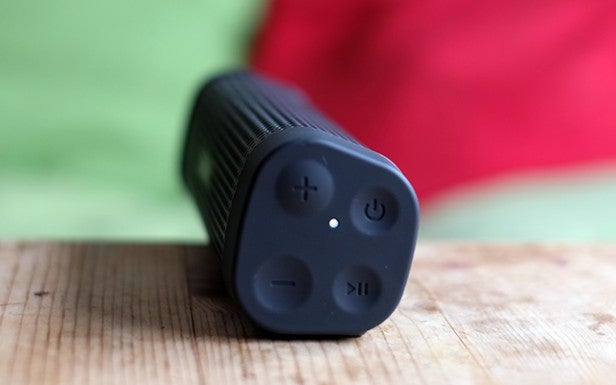 The Denon Envaya Mini pushes at the limits of how big and bold a sound you can get out of a speaker that will fit into your hand.

It has what is a standard-design driver array for a speaker of this size. That’s a pair of 40mm active drivers, bolstered by a passive radiator. Where some slightly larger portable speakers have dual radiators, the Denon Envaya Mini uses a single one.

In the past we’ve found that single-radiator systems can suffer distortion, as the radiator fights against the limits of its movement. In the Envaya Mini, however, it’s sufficiently buffered to avoid any of the radiator “parp” this causes. For the most part, this speaker sounds great. 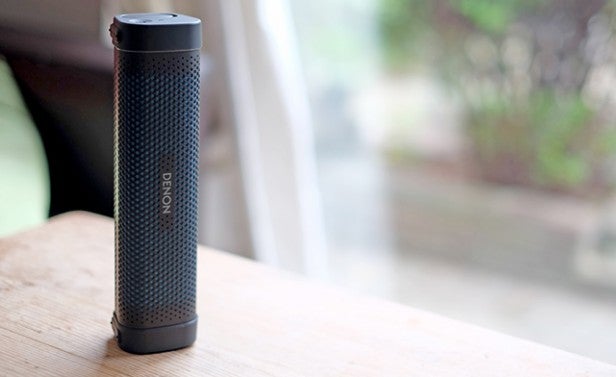 It’s a much bigger sound than you’d expect given its baton-like body. The Denon Envaya Mini offers bass with plenty of punchiness, without displaying the dominating resonant bass apparent in the full-sized Envaya.

Treble is clear, and at a conservative level in order to avoid harshness or obvious sharpness. And the mids have good presence too.

The issue comes at higher volumes, when the Denon Envaya Mini has to deal with source material that features both strong mids and bass. Everything begins to sound a little coarse, the 40mm drivers and single radiator clearly hitting the limits of what they’re capable of. With busy arrangements, sound suffers from an ugly mid-range resonance effect. Particularly at higher volumes, mids begin to sound a little artificial, which does vocal tracks not favours.

So, the Envaya Mini gets a little red-faced under pressure. But it’s no surprise, given how small it is. Denon has slightly favoured power and volume over finesse here, but since the tonality is otherwise pleasant it isn’t a major problem. 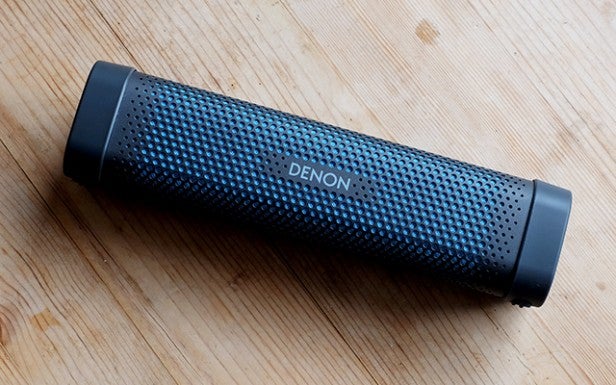 Should I buy the Denon Envaya Mini?

If you don’t want to spend more than £100 and are after something small, the Denon Envaya Mini is the speaker to buy. It’s cute, practical and delivers a sound that’s far bigger and more powerful than you have any right to expect given its price.

However, the similarly priced Jam Heavy Metal is better composed at higher volumes, while the Bose SoundLink Mini 2 is even more powerful and offers a more realistic-sounding mid-range.

So while the competition is good, the Denon Envaya Mini also offers splash-proofing and a rugged edge. It’s a great speaker whether or not you consider those added extras.

A top Bluetooth wireless speaker that blends portability with a big sound.