Twin Mirror could be one of the most engrossing games of the year. In just a short time, the game’s narrative already has me hooked in the way that a great mystery always does, but I’m eager to see how DONTNOD’s uses the title’s new mechanics to go beyond what the company has delivered in the past.

Twin Mirror, the next title from the makers of Life is Strange and Tell Me Why is just on the horizon, and Trusted Reviews scored an early look at the game ahead of its release.

In many ways, it feels as though developer DONTNOD has been building up to this moment. As the company’s first self-published game (co-produced with Shibuya Productions), Twin Mirror presents an opportunity for DONTNOD to tell a story completely on its own terms, and to move beyond the adolescent themes peppered throughout the company’s earlier titles.

Following the story of Sam Higgs, a 30-something ex-investigative journalist who returns to his hometown of Basswood after the death of his close childhood friend, it’s clear from the outset that Twin Mirror aims to tell a more mature story this time around. 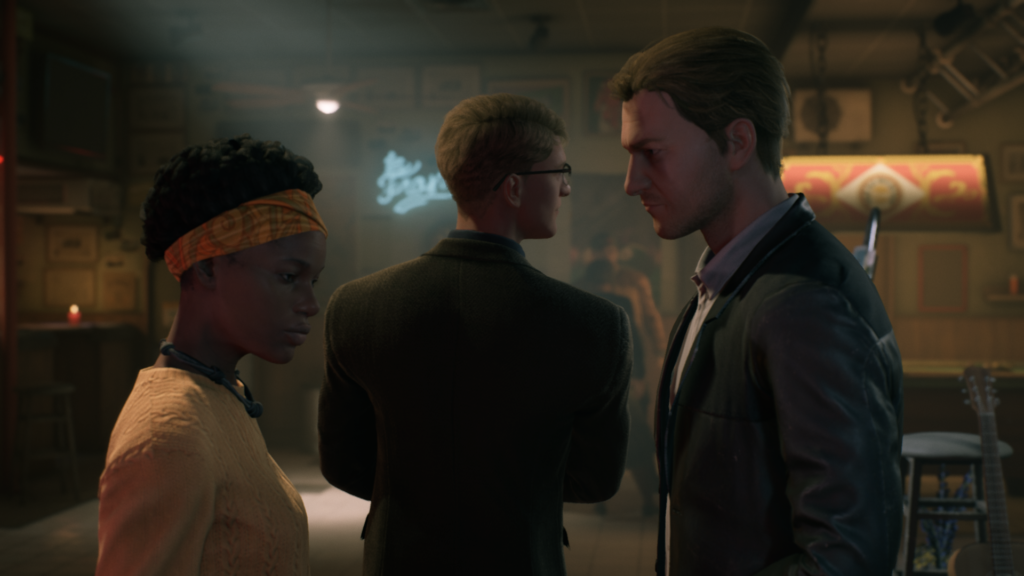 Shifting the focus to an older cast of characters also allows us to feel as though we’re stepping into an established story, albeit at a very pivotal point. Compared to Life is Strange 2 for instance, where the main narrative very much unfolds as you play the game, Sam’s return to Basswood sees him having to confront previously established relationships and dynamics with the town’s citizens.

Without giving too much away (the joy of DONTNOD’s titles tend to rely on players going in blind), Sam’s previous efforts as a local reporter ended up souring his relationships with a great deal of the town, something that he now has to confront amongst the grief of losing one of his closest friends.

It doesn’t take long for Sam’s old instincts to kick in however, as the possibility of foul play rears its head, throwing his initial plans for a quick getaway completely down the drain as the allure of Basswood’s hidden underbelly is too much to ignore. Despite my brief preview with the game, Twin Mirror already has me hooked and I can’t wait to see where the narrative takes me.

As you might expect from a DONTNOD title, the core ‘choose-your-own-adventure’ style of gameplay and interaction hasn’t changed too much here. Your success will rely on how well you navigate tricky conversations and ensuring that you don’t miss any clues that the environment might be hiding. For Twin Mirror however, DONTNOD is adding two new distinct mechanics to differentiate things from its spiritual predecessors: the Mind Palace and the Double. 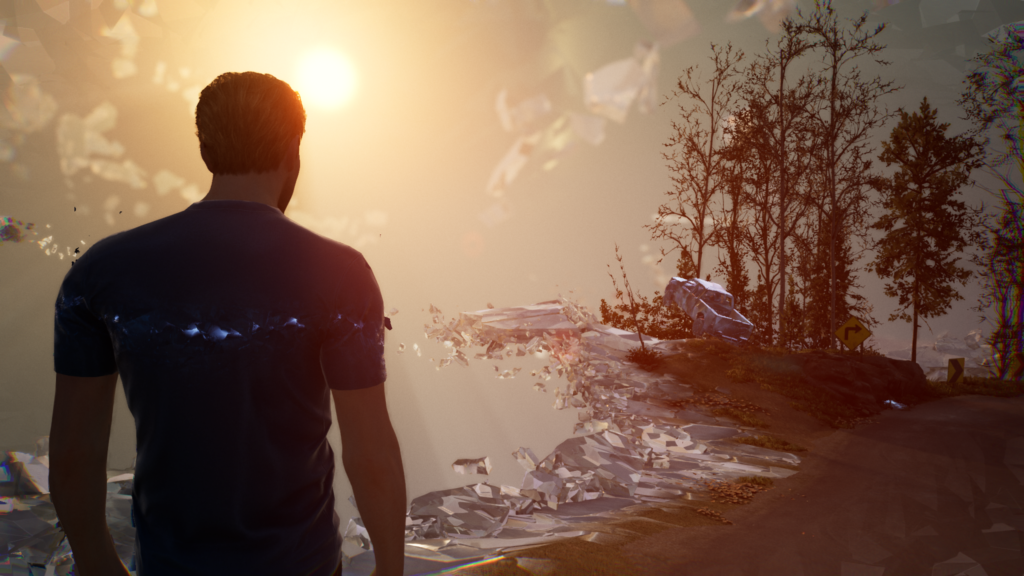 Starting with the former, the Mind Palace is a visual recreation of the goings-on inside Sam’s head. From a visual standpoint, the Mind Palace is gorgeous to look at, featuring a bright aesthetic that greatly contrasts with the more muted colour palette of the Basswood area. It’s also highly functional, as the area allows Sam to process memories with pin-point precision (as someone who forgets basic to-do list items on a regular basis, I’m incredibly jealous).

The Mind Palace can become a prison when Sam is in a state of mental anguish, taking on a far more imposing tone. While the Mind Palace isn’t quite so closely tied to the gameplay in the same way that Life is Strange’s time-rewind feature was, it does help with breaking up the main story beats in allowing you (and Sam) to process everything that’s happened.

The Double on the other has been designed specifically to impact how you react to the various personalities residing in Basswood. Considered as the ‘good angel’ that only Sam can see, the Double is a manifestation of Sam’s better instincts, appearing at crucial moments throughout the game to guide you on the path that considers the emotions of others. 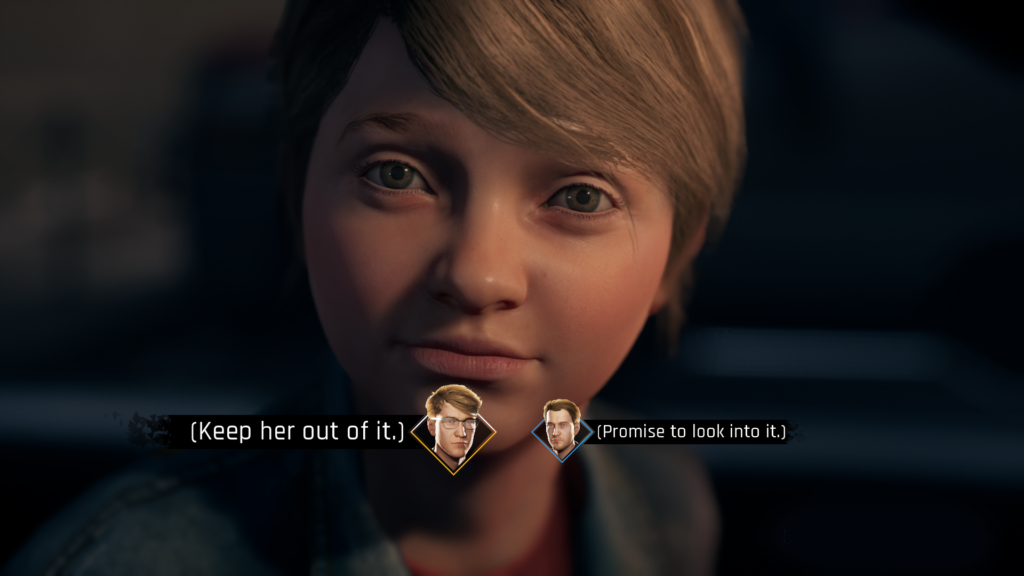 This Double can make some pretty compelling arguments on the fly, but by avoiding the tougher questions that might hurt someone’s feelings, there’s the risk that Sam will never uncover the full extent of whatever it is that Basswood is hiding.

Even with these new mechanics, DONTNOD still has a hand in what it does best, particularly with creating a small American town that feels like an entity in itself. Life is Strange went to great lengths to flesh out the town of Arcadia Bay (for reasons revealed in the game’s climax), and it’s cleared that Basswood is inspired by the experience, featuring a wide cast of characters that all feel unique and sympathetic in their own way.

There’s still a few bugs that need to be ironed out before release however. I did notice that lip syncing for some of the characters was a tad uncanny valley at times, and there was one instance where a pair of characters simply weren’t visibly present in a scene, despite their dialogue being heard.

From these early impressions of the game however, it seems that Twin Mirror could be one of the most engrossing games of the year. In just a short time, the narrative already has me hooked in the way that a great mystery always does, but I’m eager to see how DONTNOD uses the title’s new mechanics to go beyond what the company has delivered in the past.