Generally, performance is pretty decent, and for the price you get some good specifications on paper: the 8GB RAM (2GB more than the pricier S50t) and i5 processor make performance in standard office activities very good, with no noticeable slowdown. The lack of SSD lets it down a bit though, with boot-up times of just over a minute from a restart and 20 seconds from cold. We appreciate it would be nigh on impossible to get an SSD in at this price though, so perfectly excusable. 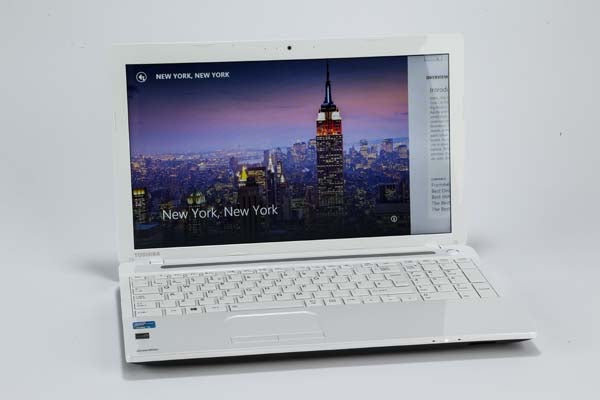 Moving onto gaming performance, we weren’t expecting great things from the C55, compared to the bigger Satellites with their dedicated Nvidia graphics. In the 3D Mark Cloudgate test the C55 scored just 3,774 – not a bad score for a laptop by any means, but well behind those with dedicated graphics chips including the S50t (6,601) and P50t (6,338).

We put the C55 through the same tests as the other Satellites with Burnout Paradise and Crysis 2 and were pleasantly surprised with the results. We were expecting Crysis 2 to be a slideshow, but in the Satellite’s native 1,366 x 768 resolution with low detail and DirectX 9 mode, the game was definitely playable. As you’d guess from this intensive test, it had no problem with Burnout Paradise, which was a pleasure to play with detail on high. Impressive stuff. 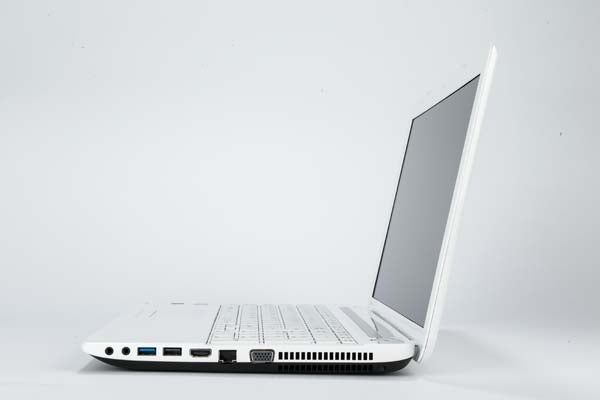 The Satellite C55 is for the most part cool and quiet. The heat is dispersed over a large 15.6-inch frame and seems pretty much entirely localised to the air vents in the top right hand corner of the laptop’s body. During standard office activities, the fan is barely audible and unless you’re sitting extremely close, you won’t notice it.

During our Crysis 2 tests, we found the fans were pretty loud, audible even over the top of the gunfire splattered audio, but on the bright side they did a good job, with the heat level barely barely increasing from its regular resting temperature. 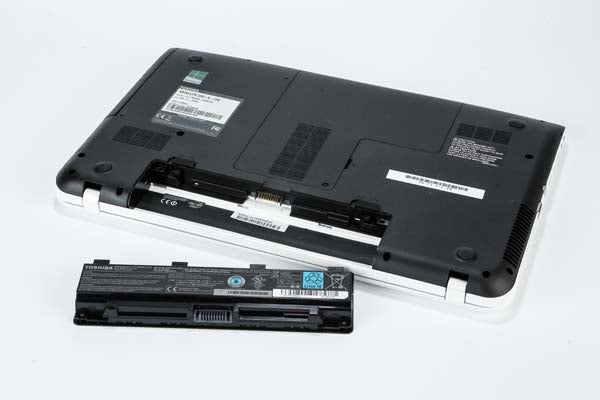 Like the other two members of the Toshiba Satellite family we’ve looked at, battery life is not the C55’s strong point. While it’s not quite as weak as the S50t’s two hours and 34 minutes, it’s barely better, clocking in at just 4 minutes more: a lead that could easily just be an anomaly. The S50t was quite a way clear at the bottom of our laptop battery shame league and… well, at least it now has some company.

A half hour charge replenished 36% of the C55’s battery, which is a decent figure, but less impressive when you realise that still adds up to 57 minutes real world usage.

It’s not a great result and means the C55 is a poor for genuine mobile use, but it’s long enough if you plan to use it mainly at home where a power socket is always nearby.

Used as our main laptop for the review period
Tested for at least a week
Used consistent benchmarks for fair comparisons with other laptops
Reviewed using respected industry benchmarks and real world use
Previous
Toshiba Satellite C55-A-12U Review Next
Keyboard, Touchpad and Verdict Review