Recently, we took a look at the Toshiba Satellite P50t-A-10U: a £1,000 laptop packed with a quad-core Intel Core i7 2.4GHZ processor, 16GB RAM and a GeForce GT740M graphics card. It was decent for the price, with near identical specifications to the HP Envy 15, only with slightly worse performance but with a better keyboard and trackpad. But wait: another contender has appeared! The Toshiba Satellite S50t-A-118 has very similar specifications again, but retails for £200 cheaper. Too good to be true? Let’s find out… 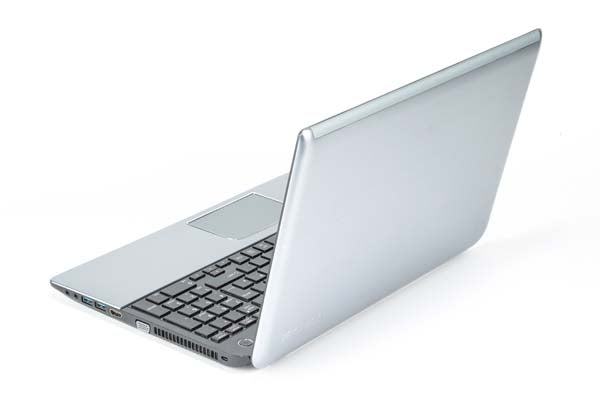 Not only are the specifications of the two Toshiba Satellites remarkably close, they look pretty similar too. So similar in fact that we had to review them in different rooms to avoid mixing them up. This too is a well built, bulky laptop in brushed aluminium. Closed, it’s equally minimalist with just the Toshiba logo on the top.

Open, things become slightly clearer with a black area for the keyboard rather than the same aluminum cover. The speaker is now a thin bar, rather than taking up the whole of the area above the keyboard, and it’s no longer Harmon and Kardon. 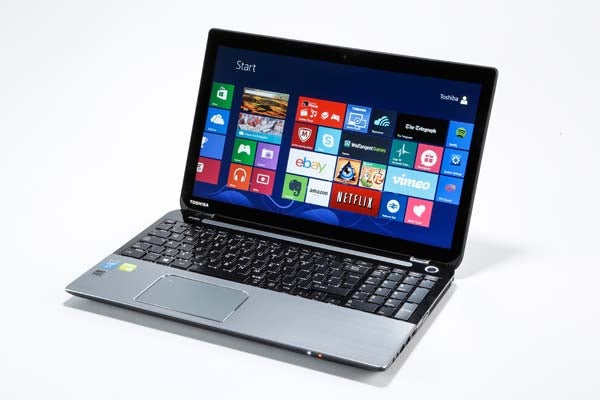 In terms of connectivity, it’s identical, minus one USB port – but given the next model up comes with four, that’s no big loss. Alongside the three USB ports, there’s an Ethernet port, an HDMI out, a headphone jack, a microphone jack, a VGA out port and a card reader slot. There’s also a DVD drive included, which we’re pleased to see given the lower price.

So where are the specifications different? The most obvious point is the screen, where the S50t’s 15.6-inch screen has a 1366×768 resolution compared to the £1,000 Satellite’s 1920×1080. Unfortunately the higher resolution screen wasn’t a great selling point in the pricier model, and this has the same problems only a lot more blocky. 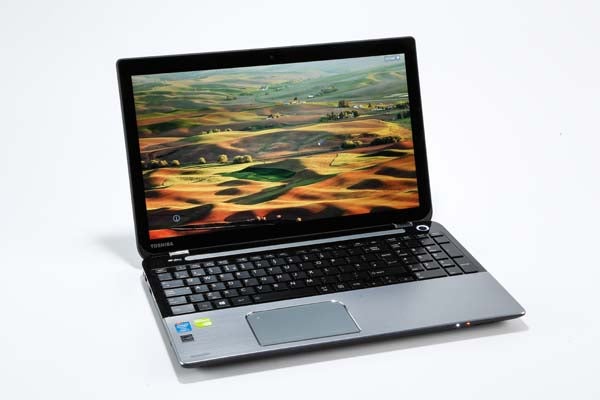 The brightness is okay, but it’s not sharp at all, with the blurry meshy quality you get in cheaper touchscreens making things even less sharp, especially text. The colours are a little washed out too, though it’s far from being the worst offender we’ve seen coming through our doors.

On the bright side, touch functions mostly work well, and a surprisingly positive knock on effect from the lower resolution is that things become that bit easier to touch in desktop mode. It feels slightly less responsive than the P50t, but there’s not a great deal in it.