What is the SteelSeries Apex M800?

The Apex M800’s £140 price makes it one of the most expensive gaming keyboards on the market. SteelSeries tries to justify the price by loading this unit with new features, from specially-designed mechanical switches to RGB-backlit keys. 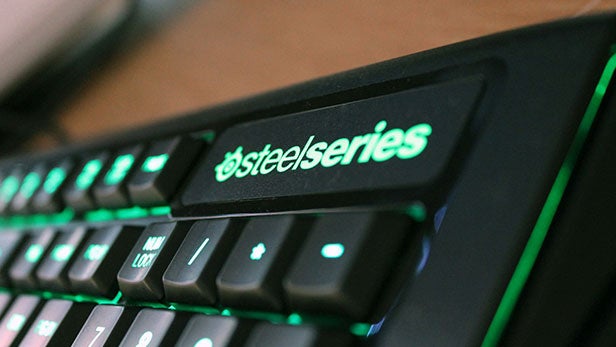 The Apex M800’s mechanical switches set this keyboard out from the rest of the market. Rival units usually use CherryMX switches, but SteelSeries has abandoned that familiar hardware for its own-brand QS1 switch. It’s a collaboration between SteelSeries and Chinese firm Kailh, and it’s designed for low-profile operation that’s faster and quieter than Cherry-made keys.

The keys use a square plunger and a small spring with enough space in the middle to install an LED. That’s different from Cherry’s approach, which firm fits its LEDs on top of the mechanism. The result is an impressively even backlight and a smaller, more compact design.

The QS1’s low-profile design is obvious. The buttons are about half as tall as most Cherry hardware, and they’ve only got 3mm of travel – one millimetre less than a CherryMX Red switch. The M800’s reset point is set to just 1.5mm, too, which is half a millimetre shorter than CherryMX and means that a key only needs to be pressed half-way for the unit to register an input. 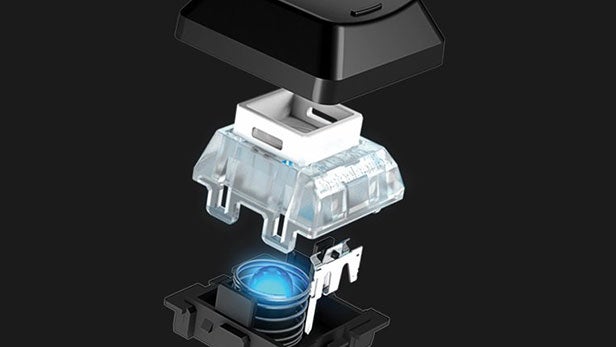 The M800’s high price means that I expected this keyboard to arrive loaded with features. Like most high-end gaming keyboards now, the Apex has full RGB backlighting. That means access to 16.7 million colours, LEDs behind every key and the full gamut of patterns and other features available for use.

The backlighting has several smart features. Keys glow blue when they’re pressed before fading back to orange, which makes the keyboard look like a heatmap. Holding the function key down means only function-affected keys are illuminated.

The lights and various other features are powered by a 32-bit ARM M0 chip, and there’s a second smaller processor to handle the keyboard inputs.

It’s a similar setup to the M800’s main rival. The Corsair Gaming K70 RGB was the first RGB-powered keyboard to arrive on the market, and it matched its innovative lighting with top-notch typing quality and a good range of features. 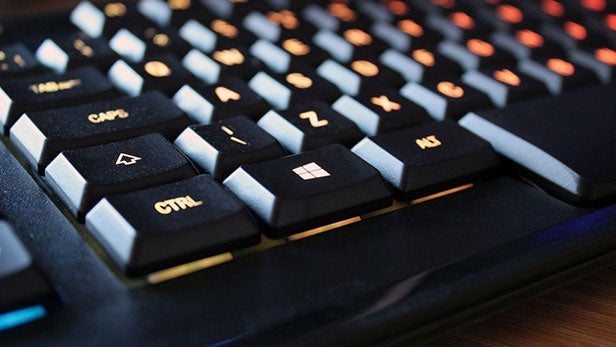 The M800’s layout is largely conventional. There’s a row of six macro keys on the left-hand side, and the space bar is unusually large – but, aside from that, it’s business as usual. Media keys are indicated on several function buttons, but everything else – included buttons for backlight and Windows key customisations – is up to the user.

The braided cable at the rear uses two USB connectors, and the unit has two of its own USB 2 ports – but there’s no sign of USB 3, and no audio connectivity. The USB ports are a little tricky to reach, too, as they’re around the back of the keyboard and beneath a small shroud.

The M800’s build quality and design is only middling. It’s sturdy and heavy and maintains a good grip on the desk, and it’s got removable feet that can be used to alter the keyboard’s height, but it’s made from plastic that’s quick to pick up fingerprints and scuffs.

The Apex is still missing a few features. There isn’t a tool included to remove keys, which makes cleaning trickier, and the lack of Cherry switches does mean that this unit is less versatile than the Corsair unit. There are also no dedicated media keys.

No spare buttons are included, and there’s no sign of aluminium to add a bit of sheen – a shame, when the K70 has a slab of metal that adds to its industrial design.

Realted: PS4 vs Xbox One 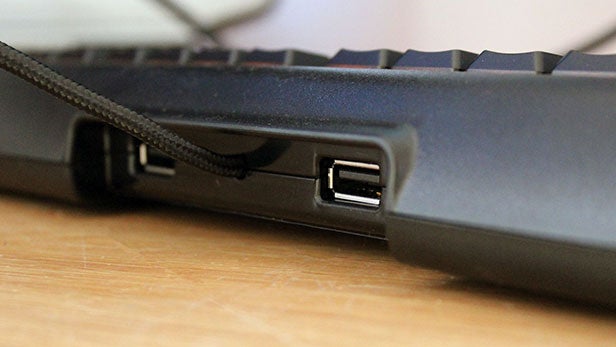 The M800’s software options are all wrapped into the SteelSeries Engine 3 app. The tool is divided into two tabs, one for key bindings and another for illumination, with a single map of the keyboard consistent across both tabs.

Each key’s LED can be customised, and the software comes with a range of pre-set patterns and illuminations. SteelSeries also says it’s working with developers to create game-specific light patterns – so, for instance, the keyboard could be used to highlight ammo levels.

The Engine 3 app has a live preview for colour changes, and effects can be applied to individual keys or groups of buttons. When it comes to lighting, the SteelSeries app is extremely comprehensive – on a par with software from Corsair, Razer and other rivals.

The key binding section is similarly comprehensive. Individual buttons can be disabled, have mappings changed or configured, and they can be given special functions – like media options, app launching or shortcuts to different profiles.

Macro recording is just as easy, too; the visual display used is intuitive, and it’s simple to add multiple keys, delays and other time-saving shortcuts.