The most impressive feature by far on the Z5 Compact is the camera. It’s simply one of the best I’ve used for image quality in all conditions. Like most smartphone cameras, it has its quirks and it’s not perfect, but it definitely makes up from some of the indifferent Sony phone cameras in the past.

It’s the same setup as the Z5. The main camera is a 23-megapixel 1/2.3-inch sensor with an LED flash tucked into the top right-hand corner of the phone’s rear. That’s accompanied by a hybrid autofocus, and a sizeable f/2.0 aperture, 24mm wide-angle lens. Up front is a 5-megapixel camera, positioned at the top of the phone, and it actually does a surprisingly good job of taking selfies in well-lit environments.

When it comes to shooting video, you can opt for a maximum 4K resolution at up to 30fps or Full HD at 30 or 60fps in 16:9. The front-facing camera manages a maximum Full HD at 30fps as well. As we’ve seen before, though, shooting in 4K is restricted – as you’ll soon find out via the pop-up, which reveals recording in the higher resolution format will cause the phone to get hot. And it does. 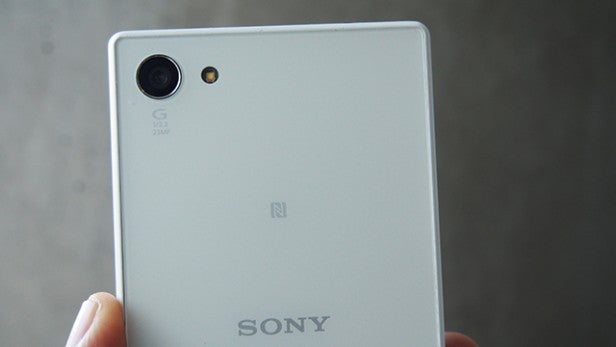 The camera app hasn’t changed drastically from last year, which means it’s still filled to the brim with features.

One thing that isn’t immediately obvious is that Sony has set the Z5 Compact to shoot in the lower 8-megapixel resolution as default. The reason for this is that shooting at this resolution provides more reliable images for colour accuracy and dynamic range, for instance.

However, you’ll miss out on the added detail that comes with taking images in the 23-megapixel mode. To change this, jump into manual mode, where you can shoot the higher resolution images in 4:3 ratio.

Alongside manual mode, you also get Superior Auto – one of the best panorama modes out there – plus Sony’s more gimmicky features such as AR Mask and Effect. There’s plenty here for more regular shots and those that are more playful.

When taking a photo, note that – whether you’re using the dedicated camera button or using the onscreen shutter – a few seconds before the image is taken, the scene looks extremely out of focus. Once you press the shutter, it sharpens up. However, the delay gives you the impression that you’re going to take terrible, blurry photo. It’s clearly down down to some odd software niggles that, although don’t appear to impact image quality, do make make for a slightly bizarre shooting experience.

I decided to see how an 8-megapixel, 20-megapixel and a 23-megapixel image compares using the Superior Auto mode. As you can see below, there doesn’t appear to be a dramatic difference in image quality. Detail, sharpness and colour accuracy look consistent throughout. So don’t be fooled by the “more megapixels means better images” argument. 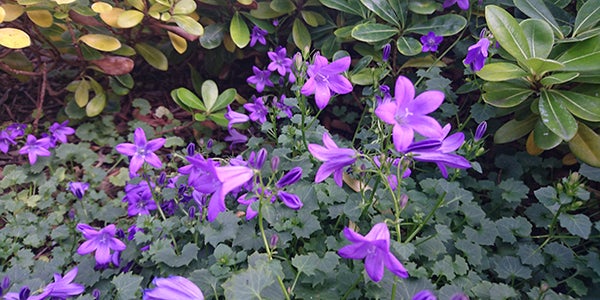 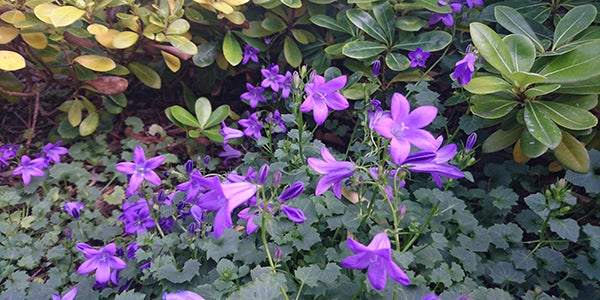 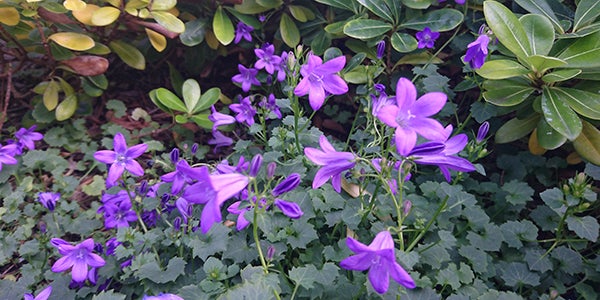 It’s possible to achieve some rewarding results outdoors, in good light. Images display plenty of detail and vibrancy, plus colours are generally accurate if at times a little oversaturated. There’s some sharpening to compensate for some of the weaker elements of the image, but it doesn’t seem to be excessively applied. Sony has clearly put its software to work to give you the best results – and for much of the time, it pays off. 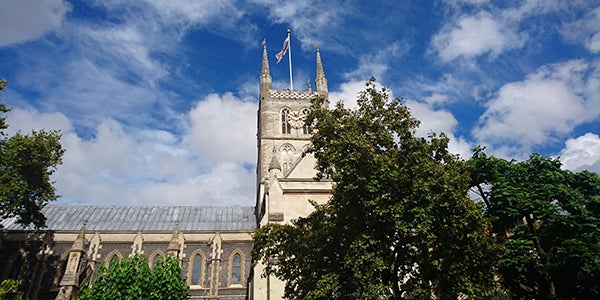 Up close for those macro-style images, too, it’s possible to capture some really impressive shots. Here you can pick out the sprinkling of salt on the sweet potato fries and the camera also manages to capture the more natural tones in the hand. 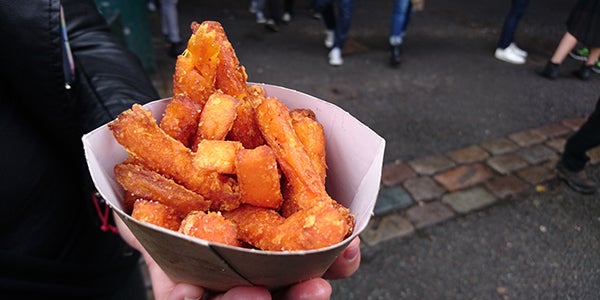 Indoors, results are mixed. As you can see with the AR Mask image sample below, noise is more noticeable and the image lacks those same punchy colours present in some of the other samples. 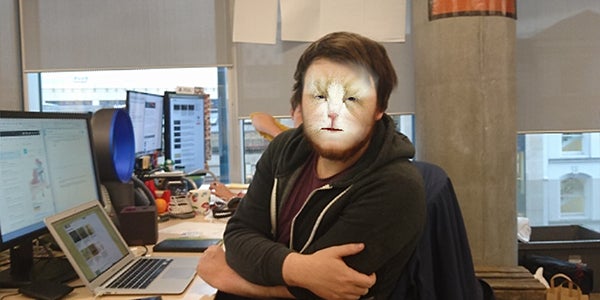 Unfortunately, Sony doesn’t include optical image stabilization for low-light shooting. It only offers its SteadyShot Intelligent Active Mode stabilisation for when you’re shooting video. However, this doesn’t equate to poor-quality pics in scant lighting. The image below was taken indoors and shows that the Z5 Compact is capable of capturing surprisingly detailed, well balanced images. 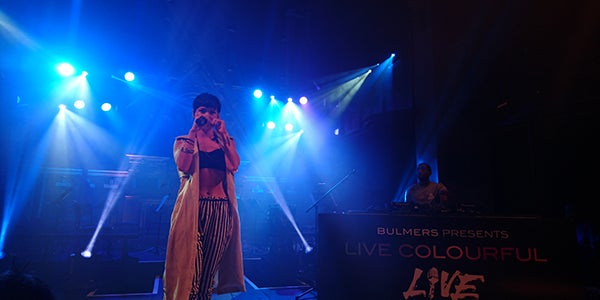 A useful tool that you have at your disposal is High Sensitivity mode, which is available only if shooting 8-megapixel resolution images.  The maximum ISO sensitivity on a smartphone is 12800, which means the camera sensor attempts to capture more light from each pixel, therefore reducing image noise.

Below you can see how images with and without the ISO sensitivity cranked up compare. There’s a noticeable upsurge in brightness without having a detrimental effect on image sharpness.

Sony’s HDR mode isn’t as impressive as the HDR mode on Samsung or Apple’s cameras. However, it does have the ability to create more evenly lit scenes, addressing those gloomy elements without looking too over processed. 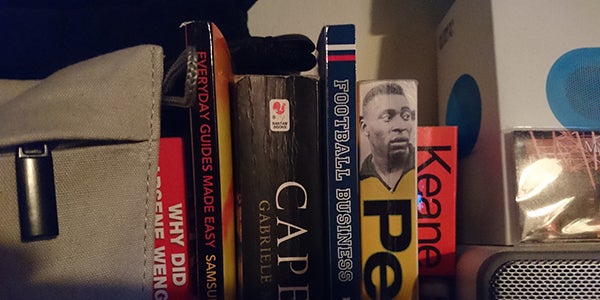 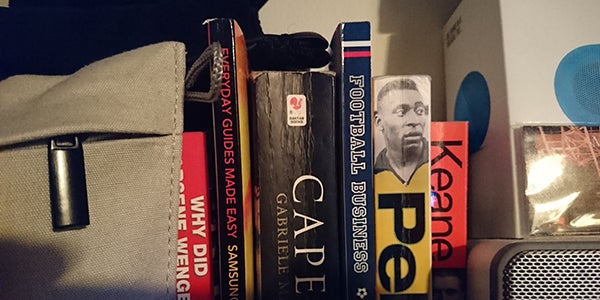 As I’ve mentioned, the Z5 Compact shoots 4K video at 30 frames per second. In comparison, this is exactly the same as what you can manage with the iPhone 6S Plus and the Samsung Galaxy S6. Shooting in Full HD 1080p does give you more modes and settings with which to tinker, but if you have to shoot in 4K you can expect great judder-free results.

Just remember that the Z5 Compact can become a little hot after 10 or so minutes of filming.