If there’s one area in which Sony phones do better than most it’s going the distance. With companies such as Samsung opting to reduce battery capacity in its flagship handsets in favour of wireless charging, Sony forgoes this feature for a 2,700mAH non-removable battery, which is just 100mAh bigger than the one inside the Z3 Compact.

In moderate use, this is good enough to get you through a day and a half of playtime. Sony claims that you can achieve two days, and while this is possible, you’ll need to take advantage of the power-saving modes included.

Stamina mode is the most effective, disabling app activity when the phone isn’t in use; with it on you’ll gains a couple of extra hours. There’s an Ultra Stamina mode, too, which is a far more restrictive measure. However, it means you’ll get an extra hour or two to make that late-night taxi call.

In more intensive testing, I streamed the first episode from Season 1 of House of Cards on Netflix. By the end of the hour-long episode, the battery had dropped from 100% to 85%. This is pretty standard for most phones and in general suggests the Z5 Compact is well equipped for those longer gaming or streaming sessions.

For when you’re battery hits 0%, Sony includes Qualcomm’s Quick Charge 2.0 technology. With the charger bundled in the box, you can power up from 0 to 100% in just under 2 hours. This isn’t quite as impressive as Samsung’s quick-charging tech, but it’s pretty good if you’re of the type who regularly forgets to charge their phone overnight. 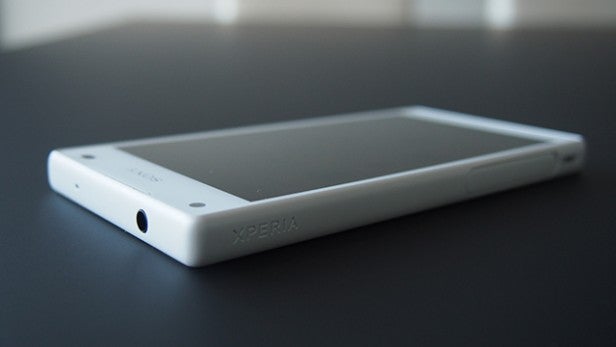 Call quality on the Xperia Z5 Compact is as good as it is on last year’s Z3 Compact. Sony sticks with an active noise-cancelling microphone to help drown out exterior ambient noise when you’re taking calls. It works as advertised: calls are clear, even in noisier environments, with no dropouts. The speaker can initially sound a little low, but that’s easily addressed, and a call equaliser improves the peppiness of calls.

Sony includes two slim, front-facing stereo speakers, which aren’t a massive upgrade on the Z3 Compact’s speaker setup. They’re loud, but not the loudest pair of smartphone speakers I’ve heard. Clarity is decent until you turn it up to the maximum volume, where some of the detail is lost and a little distortion creeps in. 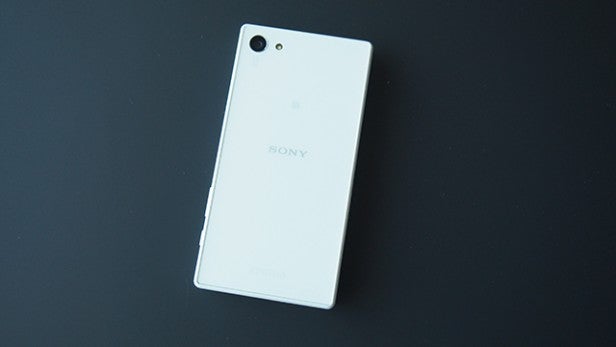 If you’re planning to do most of your listening through your headphones, there are a host of audio settings to play around with here. The first is called DSEE HX, which promises to upgrade the audio quality of compressed music to “near Hi-Res Audio quality”.

I streamed some music from Spotify and loaded on a few MP3 files. While I did get a sense of audio sounding richer and and more full-bodied, I’m not sure I really noticed the extra detail or finesse in tracks.

ClearAudio+ essentially does make audio cleaner, especially with music playback, but it can feel a tad excessive at times.

There’s also a dynamic normaliser to minimise volume between audio and a Sound effects section. Here you can activate the equaliser and make use of a headphone surround-sound mode, where it’s possible to switch between Studio, Club and Concert Hall profiles.

When you first plug in the headphones, you’ll receive the option of Automatic optimisation to finely tune sound quality for your ears and headphones.

If audio quality matters, and you like the ability to tinker, then this is one of the best phones with which to do it. 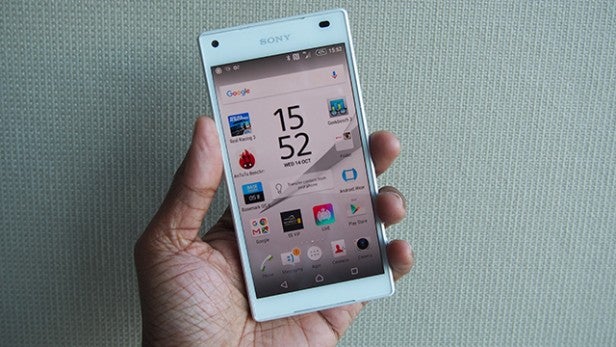 Should I buy the Sony Xperia Z5 Compact?

While I may not be entirely sold on the design changes, using the Z5 Compact has been great. It features a fantastic camera, offers superb battery life and, although it isn’t Full HD, the screen is great performer.

Initially, I was only to happy to recommend the Z5 Compact. That was before I discovered the performance issues. The handset overheating following a short amount of time gaming and the increasingly irritating touchscreen issues result in the Z5 Compact being marked down against the Z3 Compact. If Sony can address these problems, then maybe I’d reconsider. Right now, it just isn’t good enough.

The 4.7in iPhone 6 is worth considering if you don’t mind a slightly taller handset and are a fan of iOS; the 16GB model can be picked up for £459. Although it lacks expandable storage, it will give you roughly a day of battery life.

If size isn’t an issue then there are plenty more affordable 5-inch Android phone alternatives out there, such as the Moto X Style or the Galaxy S6 for around £400 SIM-free. Again, there will be some compromises with battery life, especially in the case of the S6, but you’ll get a more reliable handset in return.

The Sony Xperia Z5 Compact is arguably the best 4.6-inch Android phone available right now. If it wasn’t plagued by performance issues, it could have been so much more.