The Z5 Compact runs on Android 5.1.1 Lollipop with the addition of Sony’s user interface . Hopefully, Marshmallow will be on its way – but judging by the speed at which Lollipop was updated on the company’s phones, it might be a bit of a wait.

Like the majority of Android fans, I prefer using a pure version of Google’s mobile OS. Unfortunately, the likes of Sony, Samsung and HTC like to put their own spin on things. In the case of the Z5 Compact, the software is beginning to feel a bit stale. It’s by no means clunky, but compared to Samsung’s TouchWiz, it still carries a fair amount of bloatware and adverts; it just doesn’t look very sleek.

In terms of apps, there are still plenty of native ones on board. There’s Lifelog for activity tracking, the Shazam-like TrackID, TV Side View and there’s now even a dedicated app for the AR camera mode. You also get a suite of PlayStation apps including the ability to activate Remote Play to stream games from a PS4 to your Z5 Compact. Although it’s a feature more fitting for the larger Z5 and the Z5 Premium.

Core Lollipop features are present – such as the redesigned notifications dropdown menu and additional lockscreen features – and Google Now is activated by swiping up from the virtual homescreen button. Sony does make one notable addition: small apps. You can find them when you select the multitasking button at the bottom of the screen. Those apps can be customised, although in general I didn’t find them either useful or compelling to use.

If you had to place Sony’s Android UI among its competitors, I’d say it lags behind Samsung, LG and HTC. A few tweaks and a scaling back of the bloatware would certainly improve matters, however. 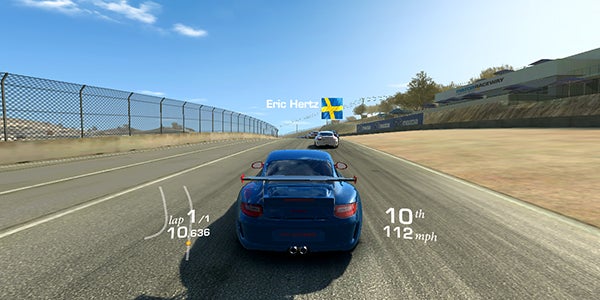 An area where Sony doesn’t compromise on with the Compact is power. Here you get a Snapdragon 810 processor made up of 1.5GHz quad-core Cortex A53 and 2GHz quad-core Cortex A57 CPUs. That’s accompanied by 2GB of RAM and an Adreno 430 GPU to handle gaming. On paper, this suggests the Compact is a portable powerhouse – and in many ways it is. However, it isn’t without its issues.

Without a hulking Full HD screen to power, swiping through homescreens and launching apps is perfectly fine. It’s quick, slick and the benchmarks prove that Sony makes good use of that power. Running Geekbench 3, it averages a multi-core score of 4,193, which is up there with the Z5 and leading flagship phones.

Unfortunately, when you give it something more demanding to handle, the cracks begin to appear. It’s most noticeable for gaming. Real Racing 3 runs smoothly and looks fantastic, but after 10 minutes of playing it, the rear of the phone becomes very hot.

In the past, Sony’s phone’s have been plagued with overheating issues – and, sadly, those same issues continue with the Z5 Compact.

There are also a few problems with screen responsiveness, something Sony says it’s looking into. Following 10 or 15 minutes in Facebook, Twitter or general web browsing, if I try to simply scroll through a page it registers the interaction as wanting to launch something. This quickly becomes irritating, and it isn’t clear whether this is a software or hardware issue. Either way, it’s a problem.