Sony tends to make lofty claims about its phones’ battery lives, that ring true to begin with and then slowly decrease over time. Take the Z3 for example, it lasts a strong two days for about a year and then drops off to the point it barely gets through a day.

For the Z5, Sony has again claimed you’ll be able to be go two days without reaching for the charger. I haven’t managed to get this much life out of the Z5 once.

Unplugging the Z5 at 8.30am and using it constantly throughout the day for pulling emails, browsing the web and all the other bits we do on our phones it’ll comfortably make it past the working day and on average be at about 30% when you go to bed. That’s ok, and if you left it unplugged all night it would make it too just after lunch before it conks out. 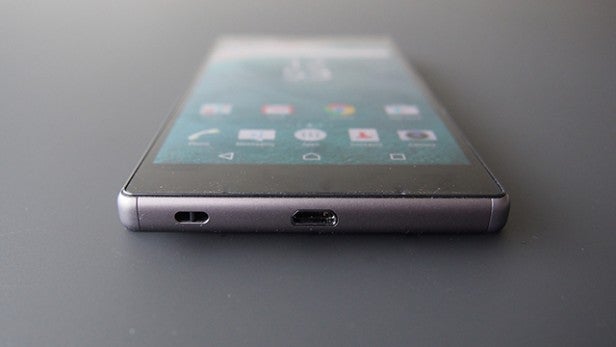 Streaming an episode of House of Cards in HD on Netflix eats through around 9%, which is what I expect to see.

Yes, if you enable Sony’s very impressive battery saver Stamina mode then you can eke out two days. But that does alter performance quite a lot, so it’s best saved for emergencies.

I tend to get between 3-3.5 hours of screen on time from the 2,900 mAh cell, which doesn’t quite match the Moto X Play, but far outweighs the Huawei Mate S.

There’s Qualcomm’s QuickCharge 2.0 tech on board, so even when you hit the red it won’t take long to juice it up again.

It will be interesting to see how well the battery lasts over time, though.

Should you buy the Sony Xperia Z5?

With the Xperia Z5, Sony has righted many of the wrongs that crippled the Xperia Z3+. And the result is a really good Android phone, with a great camera and one of the best 1080p displays I have ever used on a smartphones. Yet, it falls into the same trap of so many phones in that it’s too safe.

Sony isn’t pushing any boundaries here, instead it’s made a phone that can battle it out with the big boys, but not overtake them. I’d have loved to see more innovative features, like the fantastic fingerprint scanner, used and I still don’t believe the improved performance in the Snapdragon 810 chip is worth the heat that comes off it.

With Motorola offering a truly high-end experience with the Moto X Style at £350, Samsung’s Galaxy S6 now being sold for below £400 and the OnePlus 2 coming at under £300 (if you have an invitation to buy one) the £539 price-tag Sony is asking for is also a little on high-side. Maybe Sony’s only way to really make a dent in the smartphone industry is to create a cracking phone at a more affordable price.

The Xperia Z5 is Sony’s best phone yet. And it’s a great buy if you’re coming from an older Xperia or Android device, but it’s far from the best phone out there.

A major step-forward from the Z3+, Sony’s latest Xperia has an excellent camera and a fast fingerprint scanner, yet it struggles to stand out from the crowd.