If you weren’t particular impressed by the Sony Xperia Tipo or Sony Xperia Miro phones, and have a bit more cash to spend on your mobile, then the company is hoping to tempt you in with the Sony Xperia J instead. This mid-range Android handset carries over the curved back from the old Sony Ericsson Xperia Arc models and adds it to updated innards. You can buy it online for around £170, or alternatively get it for free on contracts starting at around £15.50.

Some of Sony’s recent phones have been a bit boring in terms of their visual style, but the Sony Xperia J is actually quite a slick looking handset. Of course its key design signature is the curved back, which sweeps in towards the body of the phone. Not only does it look very striking, but it also helps make the phone that bit more comfortable to hold in your hand. Sony has also made good use of chrome trim including the band running around the outer edge of the phone and highlighting on the volume and power buttons that you’ll find nestled on the right hand edge of the handset. 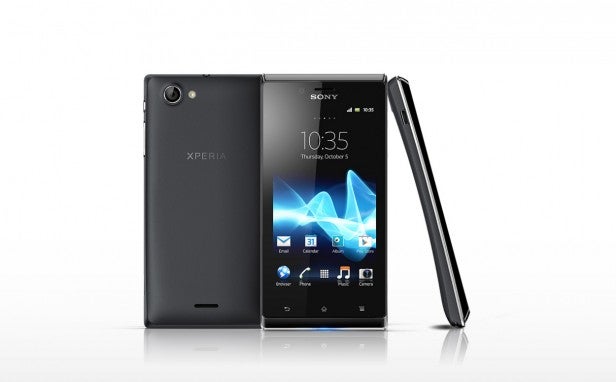 The Sony Xperia J has the usual LED above the screen to notify you when you’ve got new mail messages, emails or missed calls, but Sony has also added a secondary LED at the bottom of the phone that glows different colours — according to the current theme being used –when you’ve got new messages or notifications. It’s a neat idea, and looks quiet cool, but it didn’t seem to work reliably on our device, often simply staying unlit when new messages had hit our inbox.

The Sony Xperia J screen is actually very good. Contrast levels are impressive, so you don’t lose darker detail when watching movies on it; colours are bold and strong; and viewing angles are quite wide too. Its resolution of 854 x 480 pixels isn’t bad for a 4-inch display either. 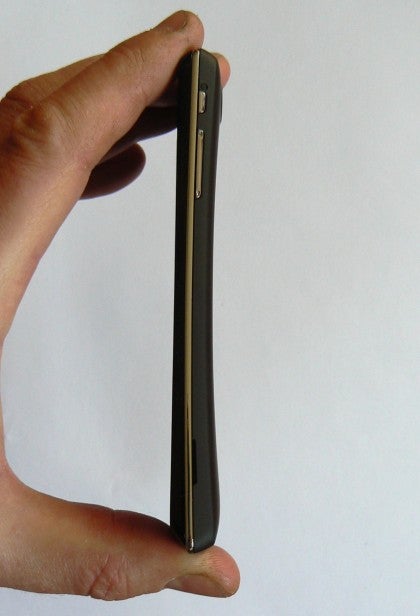 Unfortunately the Sony Xperia J runs on Ice Cream Sandwich rather than Android 4.1 Jelly Bean. However, Sony has added its own skin over the top, which adds some useful features. For example, on the lock screen you can swipe left to unlock the phone and directly launch the camera app. You can also add folders of apps to the quick launch bar at the bottom of the homescreen and you also get a number of different widgets including Top Contacts, which acts as a shortcut for your most commonly used contacts and cleverly populates itself dynamically based on who you communicate with the most. 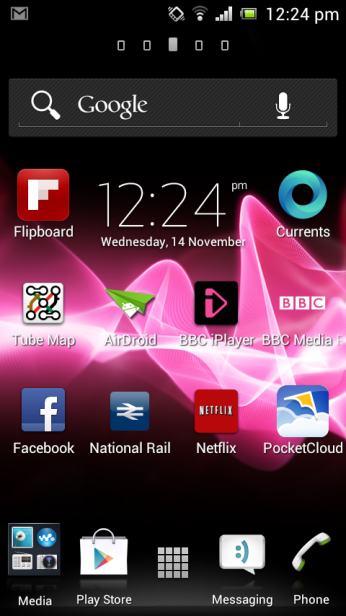 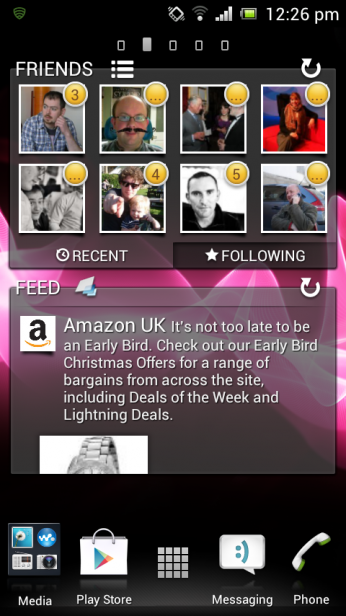 Nevertheless, there are a few things missing. For example, it’s annoying that Sony hasn’t added quick switches for features such as Wi-Fi, Bluetooth and GPS into the notifications menus — something that most other manufacturers now do.

The Sony Xperia J’s specification isn’t really going to get anyone excited. Unlike the high-end Sony Xperia T, or Bond phone, the Sony Xperia J is essentially a mid-range handset that has a specification that sadly wouldn’t look out of place on the best handset in the budget realm, such as the Orange San Francisco II or the Huawei Ascend G300.

For example, it only has a 1GHz single core processor with 512MB of RAM in which to run its apps. There’s 4GB of storage space built in, but only 2GB of this is available to you for storing your own files. If you need more than this you can beef it up using microSD cards that sit in a slot behind the battery cover. 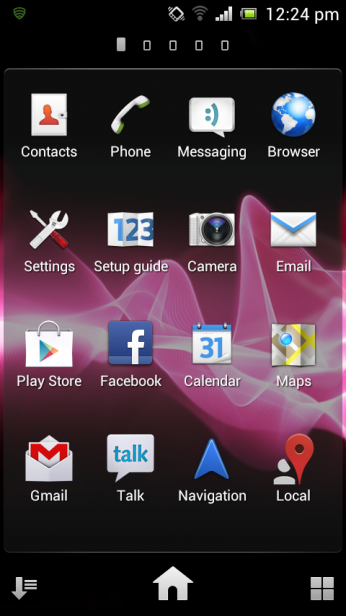 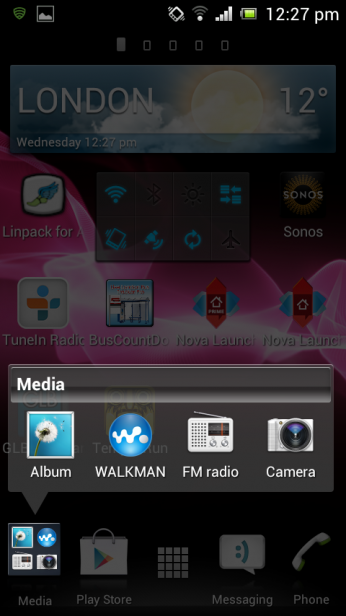 The phone currently runs Android 4.0 Ice Cream Sandwich, but Sony has marked it out as one of the phones that will be getting a Jelly Bean update in the New Year. To be honest, this upgrade can’t come quick enough as the phone feels quite sluggish in its current from. It suffers from a lot of annoying stop-starts, where you jab at an icon and wait while nothing happens only for the phone to seemingly suddenly spring into gear. Even when it is running relatively smoothly, it never feels particularly fast to use, with features such as the web browser and camera app seemingly taking an age to start up. 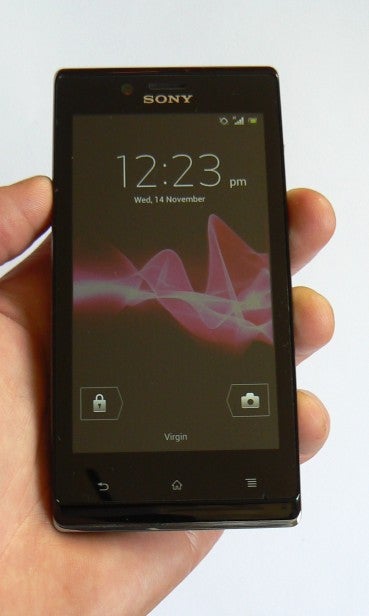 This was reflected in its benchmark results too. It wasn’t very fast in the browser tests scoring a lowly 54996 in BrowserMark and just 3087.5ms in Sunspider. It’s Linpack performance was very mediocre too at 37.526Mflops, while in GLBenchmark it only managed to reach a frame rate of 22fps.

As we’ve already seen, the Sony Xperia J camera is quite slow to start up. From tapping the camera icon on the homescreen, to actually being able to take a photo often takes well over 3 seconds. Boasting a 5-megapixel sensor the Sony Xperia J camera captures pretty true to life colours. Detail levels are poor though, so you won’t want to use it for those magic moment-type shots.

It struggles a bit indoors too, producing very grainy photos in low light, but there is an LED flash that you can call on to help it out a tad. However, shots with the flash look a bit cold and harsh. The camera app does have a few neat extras, including a handy sweep panorama mode, where you just tap the shutter button and gradually sweep the camera around you to capture a full panorama. Overall, though, the camera is not great for a handset in this price bracket and certainly not on a par with the camera on the Huawei Ascend G300, which is a cheaper phone. 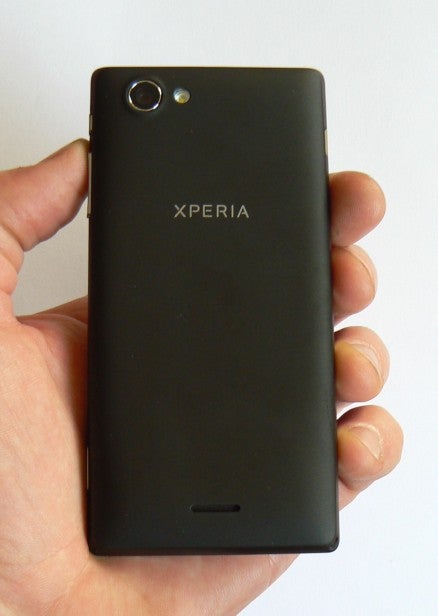 A strong point of the Sony Xperia J, though, is its battery life.  Even with pretty heavy usage we found that it was able to eek its battery life out to cover an entire day with relative ease, and often it still had enough juice the next day to get through the morning, making it one of the better performing budget Android phone’s in this regard.

The Sony Xperia J is a stylish looking phone and has good battery life. However, it’s let down by its sluggish performance and less than impressive camera. The truth is, you can get better handsets for a lower price if you shop around. 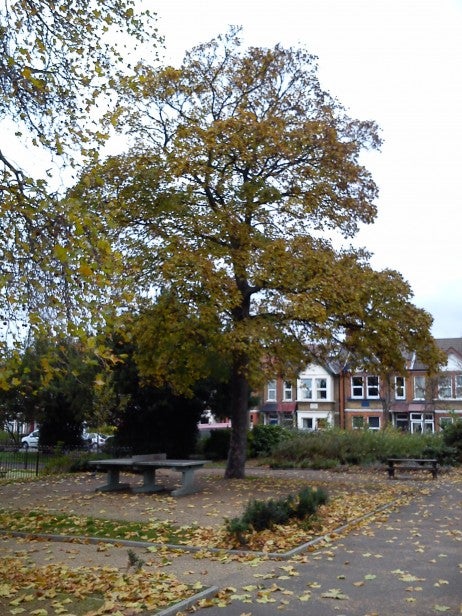 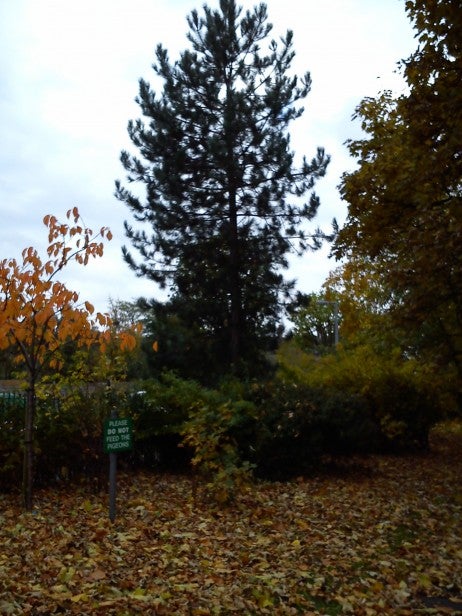