If you can’t afford the likes of the Sony Xperia U or Sony Xperia P, then Sony is hoping to reel you in with the Sony Xperia Miro. You can buy it SIM-free for the very modest asking price of £150, or alternatively pick it up for free on a tenner a month contract. On paper that seems like a pretty good deal, but as we’ll find out, the Miro isn’t quite as tempting a proposition as it first appears.

First impressions of the Sony Xperia Miro are a bit indifferent. It’s not that it’s an unattractive phone, it’s more that its design is a bit dull and doesn’t really grab your attention. Like a 1980’s goth, the handset is decked out in all black, with just the silver effect on the logos and the touch buttons at the bottom of the screen to distract you from its overall starkness. 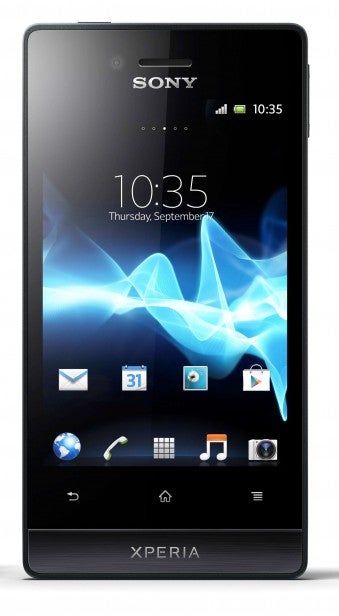 The rear battery cover is nicely curved at the edges, though, and has a grippy rubberised effect, so it sits comfortably in your hand. Sony has also added a neat looking cutaway at the bottom of the screen, which has a brushed metal effect, in contrast to the polished black used on the screen’s bezel.

There are just two hardware buttons – the volume rocker switch on the right hand edge and the power button, which also doubles as the lock switch, at the top. They’re a little bit on the small and thin side with the result that the power/lock switch is especially fiddly to use. Beneath the screen you do get the standard Android touch buttons for back, home and menu, but unlike the similarly priced Motorola Motorosmart, the Sony Xperia Miro lacks a dedicated search button. 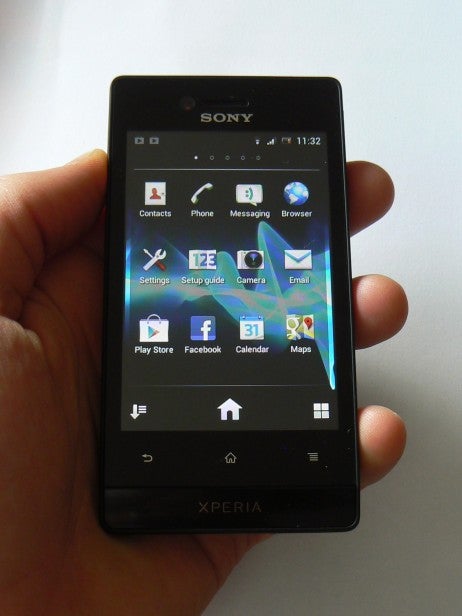 The Sony Xperia Miro has a 3.5-inch screen which is pretty small by today’s standards. What’s worse, though, is that the screen has a pretty low resolution of 320 x 480. This compares rather unfavourably against the likes of the Huawei Ascend G300, which has a larger 4-inch display with a much higher resolution of 480 x 800, even though it’s actually a cheaper handset costing around £100 on a Pay-As-You-Go basis. To be fair, the Sony Xperia Miro screen has got pretty wide viewing angles and doesn’t suffer form the annoying shimmer that you get on lesser displays. Colours are pretty vivid too, as long as you turn up the brightness a bit in the control panel, which is set too low by default for our liking.

The limited resolution on the Sony Xperia Miro screen means that you often have to zoom in on a webpage just to read headlines that you can usually make out quite clearly at fully zoomed out levels on other phones. Similarly, you find yourself having to do a lot more scrolling or zooming in apps like Facebook or Google Currents. 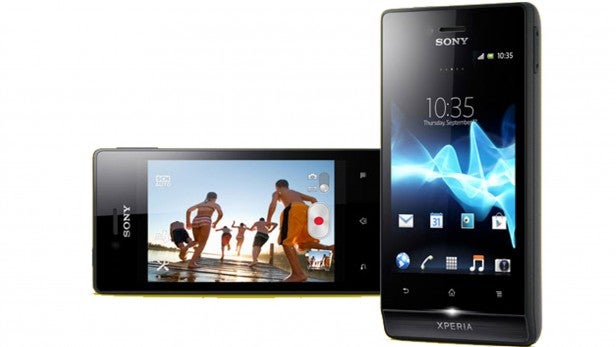 The phone doesn’t exactly blow your mind with the rest of its specification, either, with the Sony Xperia Miro processor lining up as an 800MHz single-core offering which has a fairly modest 512MB of RAM available to it. Storage space is limited to 4GB, but almost half of this is taken up by the OS and various built-in apps, so you’re left with 2.2GB to play with, which isn’t a huge amount really. You can beef up the phone’s storage using microSD cards though with the Sony Xperia Miro accepting cards of up to 32GB in size with the card slot found under the battery cover which is actually a bit tricky to remove.

The Sony Xperia Miro runs on Google’s Android 4.0 (Ice Cream Sandwich) OS and, as with other Xperia branded models, Sony has tweaked the user interface a bit and added some of its own apps. For example, the lock screen has a dual function slider. If you slide it from left to right it unlocks the phone, while sliding it from right to left launches the camera app, which is a neat idea.

In the apps menu you can choose to have the apps ordered alphabetically, by the most recently added or by the most often used. Alternatively you can just order them yourself however you want. 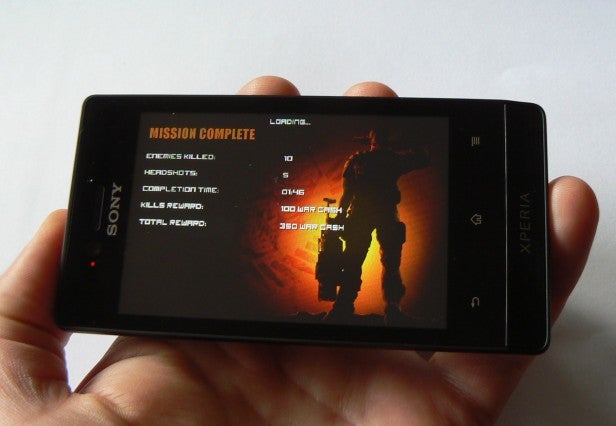 There are some neat graphical effects too, such as the way the screen seems to turn off like an old analogue TV with it folding in to a thin strip of white light when you put it into lock mode. We also like the fact that Sony has added a folder of multimedia apps onto the row of default icons along the bottom of the display giving you quick access to the music payer, camera, FM radio and photo album.

The apps Sony has pre-installed on the Sony Xperia Miro include its rather good Walkman music player, along with the Music Unlimited and PlayNow apps for accessing the company’s music and gaming stores and OfficeSuite 6 for viewing MS Office documents. Sony has also integrated Twitter and Facebook into the phone’s contact book, although this integration doesn’t run nearly as deep as the likes of the People Hub on Windows Phones.

There are some omissions too. For example, while most handsets now have quick switches hidden in the notification pull down menu for turning off and on things like Wi-Fi and Bluetooth, Sony hasn’t bothered to add them here. 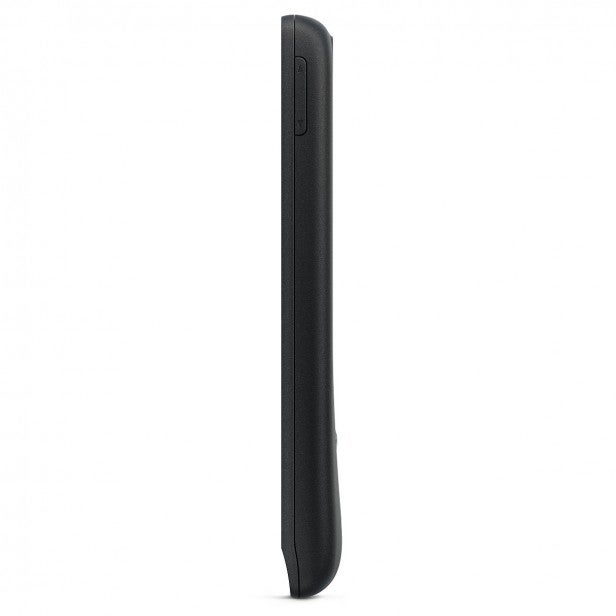 Despite the modest processor speed and limited amount of RAM, the Sony Xperia Miro tends to feel pleasingly responsive to use. The menus flip and scroll in a sprightly fashion and apps load reasonably quickly. However, the lack of grunt is noticeable in the browser as it can sometimes be sluggish to render pages, and it finds heavier 3D games demanding to deal with. These observations were borne out in its benchmark results too. In Linpack it managed a score of 18.264 Mflops, while in the Egypt Classic 3D test in GLBenchmark it ran at a fairly pedestrian 25 fps. Its Broswermark score was a bit sluggish at 54462, while in Sunspider it was also a tad slow managing to post a time of 3541.5ms.

The Sony Xperia Miro camera collection sees both front and rear facing cameras line up, ensuring the handset can be used for video calling in apps like Skype. The front facing camera has a low VGA resolution, but the rear facing camera is a proper 5-megapixel snapper. It has both autofocus and an LED flash, however the shots it produces are a bit mixed. On the whole it does tend to capture accurate colours, something which most budget phones struggle with, and at times detail levels can be good. However, in lower light, detail levels drop off significantly and we found the flash tended to be overly harsh. 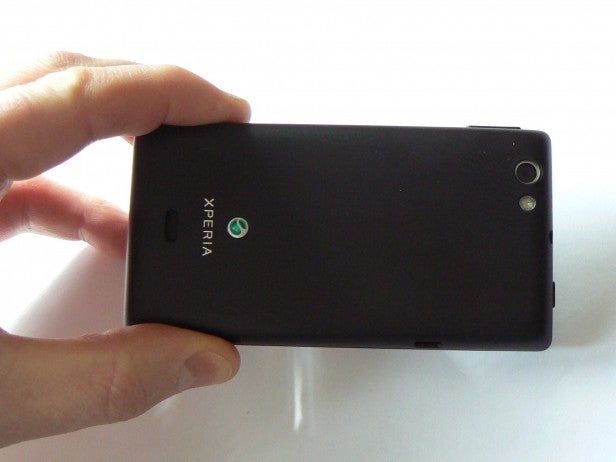 Call quality was excellent throughout our time with the phone, though, and battery life was also very impressive. We found we could get around a day and a half out of the Sony Xperia Miro before it needed to be topped up with juice, which is better than most Android phones.

The Sony Xperia Miro may be one of Sony’s cheaper Android handsets, but unfortunately its low resolution screen and sluggish processor mean that it doesn’t represent very good value for money. The truth is that, despite its strong battery performance and good call quality, you can get handsets that are much better all round performers for similar money from rival manufacturers. 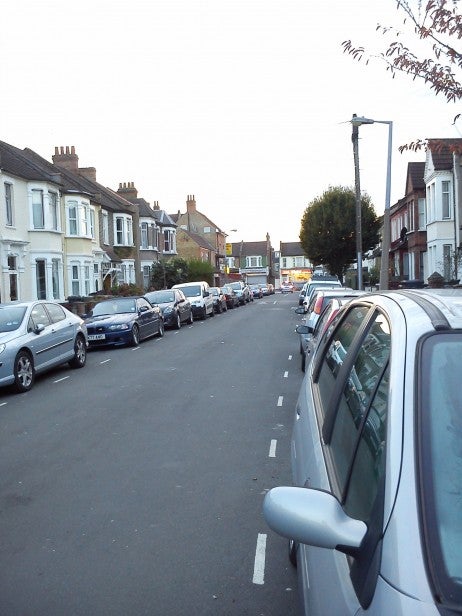 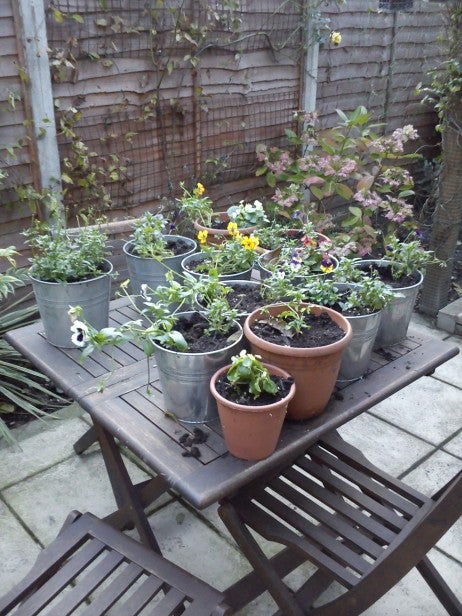 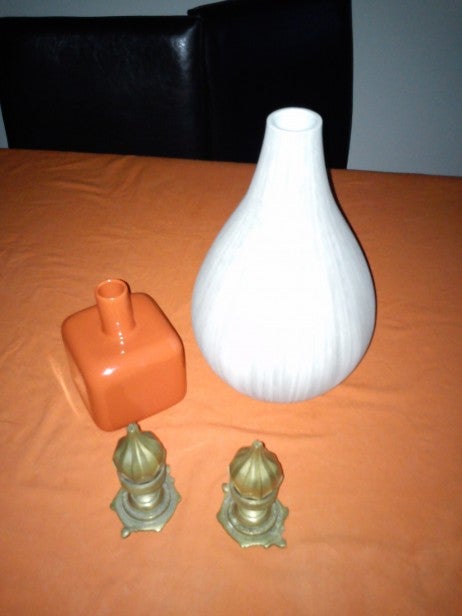