By almost any standard, the Sony Xperia E3 has a fairly poor camera. Its main sensor is a 5-megapixel unit and – as usual – it actually shoots lower-res 3.7-megapixel 16:9 shots instead of full-resolution 4:3 ones.

There’s an option to shoot 4:3 photos in the Settings menu, but we imagine hardly any will actually use it. Most phones shoot natively at 16:9, but here there are just not enough megapixels to go around for it not to have an obvious impact.

Given the low resolution of the sensor, it’s no great surprise that images look very, very soft. This only gets worse in lower-light conditions, where the limits of the detail captured should be pretty apparent from the samples below without even zooming in. 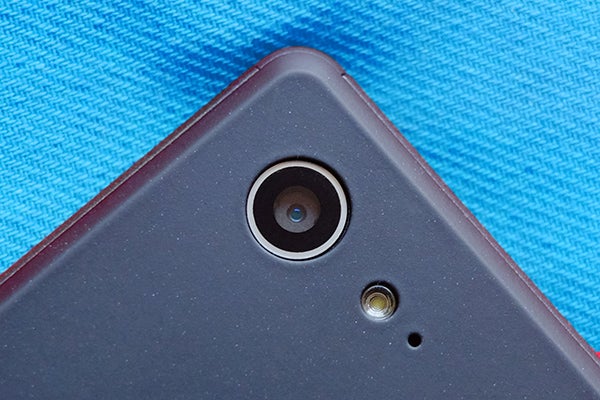 This isn’t helped by the rather ambitious exposure metering and camera settings. As with other higher-end Xperia phones, the Sony Xperia E3 always has a good stab at making even night scenes clear by ramping-up brightness and exposure to suit the conditions. At night the phone will often expose for as long as 1/9 of a second, which is a very long time when it doesn’t have image stabilisation to help keep your shots in focus.

Maybe Sony just thinks “might as well, it’s not as if the pictures are going to be that sharp at the best of times”. Using very long exposure times means you’ll need to keep your hands very still at night to have a hope of producing a shot that looks even vaguely in-focus (even then the images are so mushy it can be hard to tell).

The Sony Xperia E3’s photos never look all that good, but we’ll have to give it a pat on the back for at least trying pretty hard — many phones at this price don’t go anywhere these length to make low-light shots clear.

Here are some photos we took with the phone: 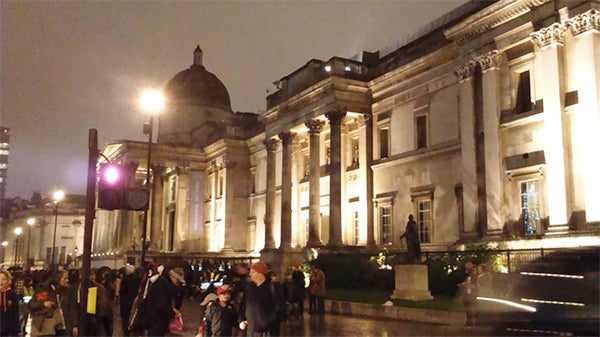 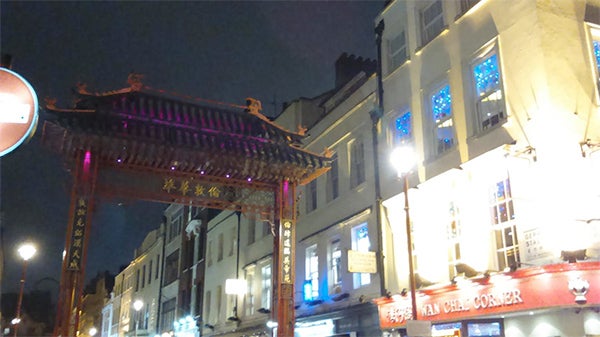 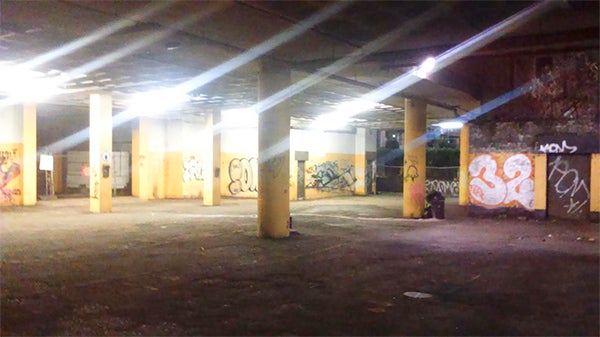 Handling of light sources isn’t all that accomplished at times 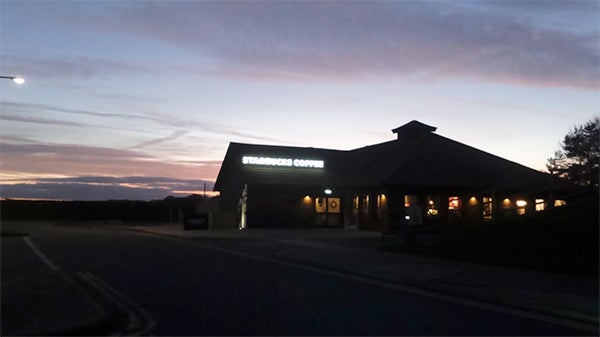 The Xperia E3 is also a little slow to shoot, making photography a bit less fun. Limited results with a limited shooting experience is not a great combo, but at least Sony has packed in a few kid-pleasing extras.

Like the higher-end Xperias, the Sony Xperia E3 offers an augmented reality mode that pastes 3D objects onto the preview display. Dinosaurs, fish and fairies are just three of the themes on offer. It’s only going to appeal to the kids, of course, but is an unusual extra in a phone this cheap.

More conventional modes like HDR and Panorama are there too, although the Auto mode most people will use most of the time doesn’t really give you any control beyond focusing. We should stress that basic as the Sony Xperia E3 camera is, it does at least let you control the focus of the lens (some entry-level phones don’t even have autofocus). 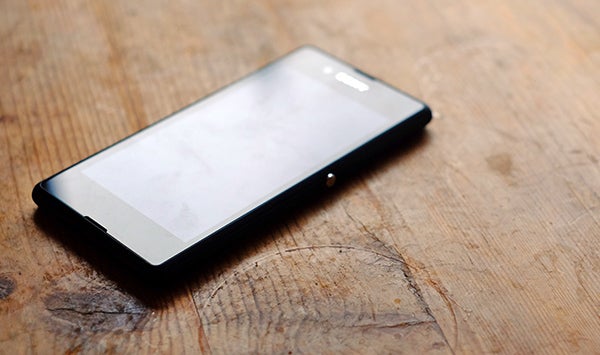 Video is captured at 1080p resolution — higher than you might expect — but the quality is nothing to get too excited about, and the Sony Xperia E3 is fairly slow to re-focus mid-shoot.

At £100-150 there are significantly better cameras out there. Nothing jaw-dropping, to be fair, but we got better daylight results from the EE Kestrel, the 2014 Moto G and the Honor 3C. Just remember: this phone takes just 3.7-megapixel photos unless you tweak the thing within the camera settings.

The front camera is poor as well. Once again, it’s simply too low-res to compete

The Sony Xperia E3 has a 2330mAh battery, a very solid unit given the relatively modest specs of the phone’s screen. It’s a chunk larger than the 2070mAh battery used in both 4.5-inch and 5-inch versions of the Moto G.

Battery life is one of the best elements of the Xperia E3, outperforming much of the competition at the price. It’s fairly easy to not just sail through a day’s use, but get yourself well into the afternoon of the second before needing a charge. 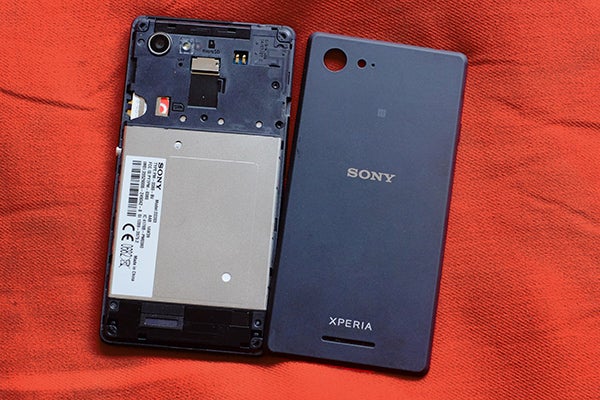 The battery is non-removable

This sort of performance is backed-up by our video benchmark results too. When left to play a 720p MP4 video at medium screen brightness, the Sony Xperia E3 lasts for 10 hours 15 minutes off a charge – around an hour more than the Moto G 2013 and 2-plus hours more than the 2014 edition.

While Sony has used a respectable battery in the Xperia E3, we should load on too much praise as much of that extra stamina comes from the lowered screen specs. 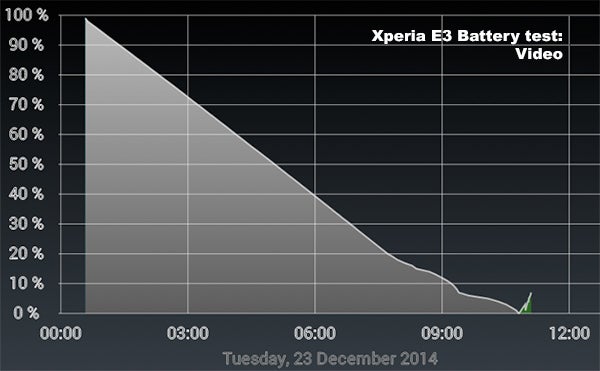 We’re back to a much more normal level of performance when looking at sound quality. Call quality is acceptable but fairly standard, although the phone does use a secondary microphone for active noise cancellation during calls. 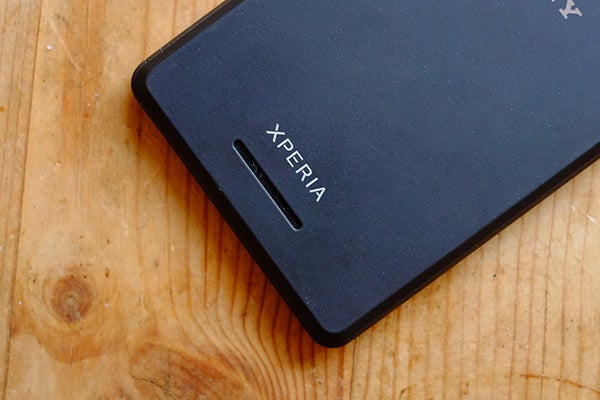 The internal speaker is a single unit that gets you similar sound quality to other phones at the price. There’s a bit of extra thickness to the sound, which is appreciated, though. It uses a single outlet on the back, so the Xperia E3 will need to sit on its front for the best sound quality. 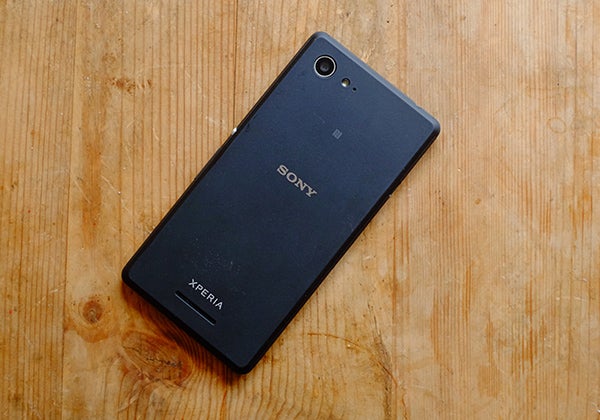 Should I buy the Sony Xperia E3?

The Sony Xperia E3 looks and feels a fair bit higher-end than the Xperia E1 it sort of succeeds. However, as it also costs more, that’s far from enough to elevate it above the disappointing E1.

Elsewhere Sony hasn’t really done enough to get the Xperia E3 remotely close to the quality of experience available from smaller brands that have to try a bit harder to reel in the punters. At present, buying from one of the biggest names when looking for a super-budget phone just isn’t that good an idea.

If you don’t want to opt for a name you’ve never heard of, seek out the Motorola Moto G 4G – a 4.5-inch phone that beats the Xperia E3 in just about every respect. It costs a little more, but the £30 extra is worth it. We also like the way that the Moto actually gives you the benefits of a smaller screen, while the E3 is barely smaller than some 5-inch phones.

Can’t spend £30 extra? The EE Kestrel and Honor 3C get our recommendation, although bear in mind the latter is not a 4G phone. Also worth a look is the Hisense Sero 5, which lacks a bit of design gloss but gets you amazing features for around £130.

The Sony Xperia E3 is a solid, low-cost 4G phone, but issues with the design and hardware let it down.