It doesn’t try to add all that many features, but does come up with a few little extra bits. Perhaps the most important is folders on the apps screen. This lets you organise the Sony Xperia E3’s app roster even more keenly. 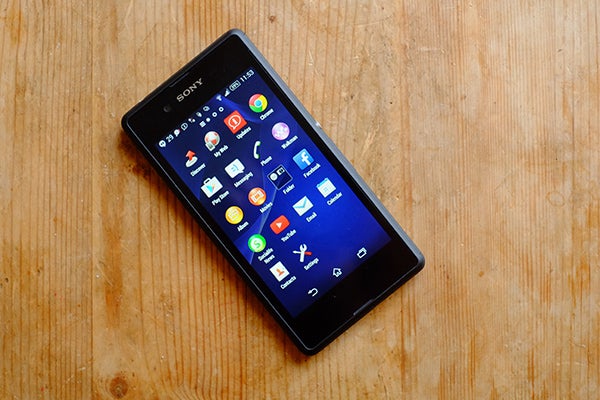 Of course, these days the version of Android running underneath is not entirely up-to-date. Several phones already have Android 5.0, and we’ll just have to wait and see as to whether the Xperia E3 will get an update to it.

One other thing not everyone may like is Sony’s very easy and pared-back approach to things like the drop-down menus. They’re simple, with a similar layout to those of standard Android 5.0. That means no brightness slider right in the drop-down notifications bar, with settings toggles having their own complete tab in the Sony Xperia E3. 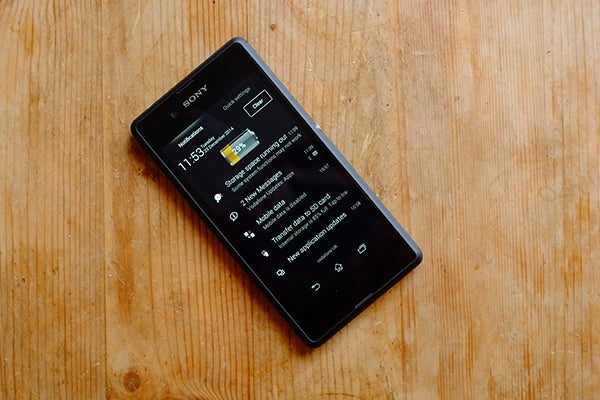 The phone’s software is classy and reserved next to the software seen in, for example, budget Samsung and LG phones like the LG L70 or Samsung Galaxy Young 2.

This clasiness is let down slightly by the low screen resolution, though, which means nothing ever quite looks pristine in the Xperia E3. 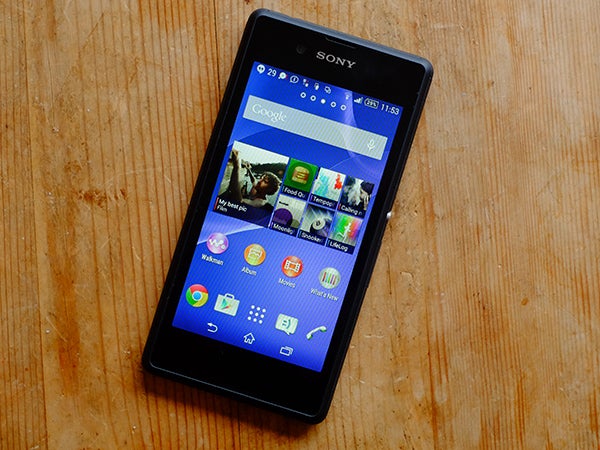 Despite being a brand new phone, the Sony Xperia E3 uses the same Snapdragon 400 processor we’ve seen used in budget and mid-range phones for aeons. Qualcomm now offers a 64-bit version of the CPU called the Snapdragon 410, but we’re still more than happy with a 400-series chipset in a £100 phone, especially when the upgrade would offer little in the way of serious real-life performance benefits.

Much like the Moto G, performance here is perfectly sound. There’s no major lag, with Sony’s custom software not hampering the workings of the system like some others.

Thanks to the relatively low screen resolution, gaming performance of the Xperia E3 is perfectly good too. It can handle 3D games with relative ease, even at higher visual settings. 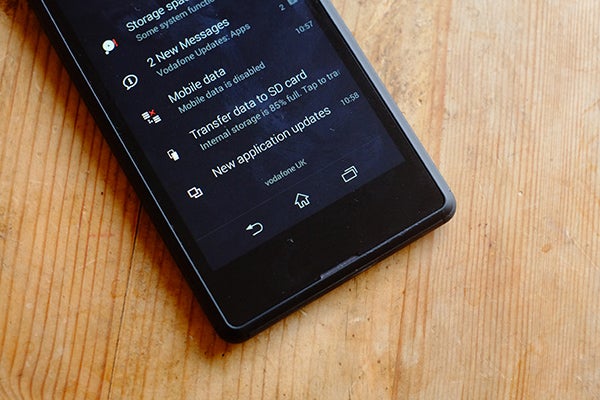 Of course, they’re not going to look quite as swish as they might on another phone, though, as the 800 x 480 screen resolution just doesn’t produce as sharp images as a 720p one. There are several 720p options around the same price too.

As well as the Moto G there’s the Honor 3C and Hisense Sero 5. You’ll notice that these phones come from smaller names rather than the biggies, but having used most of the lower-end phones available, we recommend that any gamers seriously consider a 720p phone. It’s the point at which a phone’s display starts looking high-end, stopping 3D games from looking so jaggedy.

On the other end of performance, one of the Sony Xperia E3’s key features is 4G, making it one of the cheaper 4G phones available. Higher internet speeds are great, and we’re happy that it no longer commands the weighty premium it used to.

However, on reflection we’re not sure we’d trade away screen quality for 4G in the way the Sony Xperia E3 does. Browsing the web and watching streamed video is simply a lot more enjoyable on a 720p 5-inch display than a low-res 4.5-inch one like the E3’s.