While the arrival of 3D has delivered its fair share of AV disappointments, none have felt keener than Sony’s VPL-VW90ES. This premium-priced (£5k plus) 3D projector had looked great in demos we’d seen at various shows, but the final sample that arrived in our test room suffered extensively with 3D crosstalk noise. It was a damn shame.

Perhaps stung by the fairly widespread criticism of the VW90ES, Sony has gone into overdrive to put things right with its new VPL-HW30ES. For a start – and most importantly given how competitive things are suddenly getting in the 3D projection arena – the HW30ES is much cheaper than the VW90ES. We’ve found it for under three grand, in fact, crucially making it cheaper than the JVC X3, and putting it in the same price ballpark as the upcoming Panasonic PT-AT5000 (though bear in mind that the 3D transmitter and 3D glasses aren’t included as standard; you’ll need to add around £200 for a package of a transmitter plus two glasses.)

Next on the improvements list is the development of a new fast-response SXRD chipset that can be driven at 240Hz – a super-fast refresh rate with the potential to knock crosstalk on the head provided it syncs up with the glasses OK.

The faster-driven chipset isn’t the only innovation Sony has introduced for the HW30ES’s 3D playback, either. There’s also new Dynamic Lamp Control technology, whereby the lamp can adjust its light output depending on whether the shutter on the glasses is open or closed. As in, when the shutter is open the lamp power is boosted, and when the shutter is closed, the lamp power is reduced. This should lead to 3D images looking brighter and more dynamic, without making the projector less efficient overall. 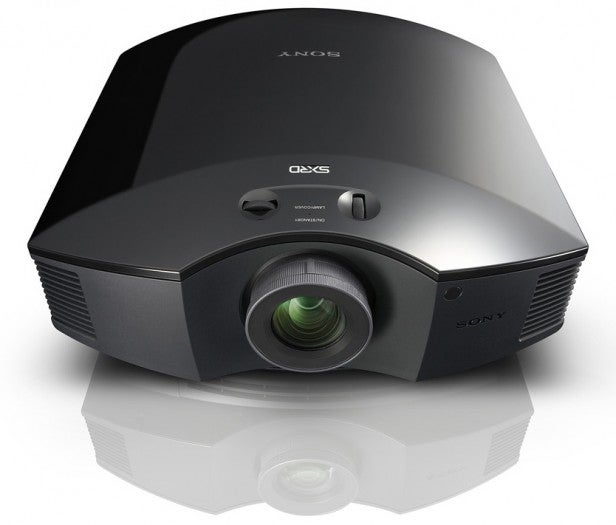 This is actually pretty impressive technology when you think about just how fast the lamp’s brightness output is having to adjust to keep up with the shuttering of the glasses. Finding a way of keeping the lamp stable under such circumstances couldn’t have been easy.

The HW30ES’s design is attractive. It has essentially the same aesthetically-pleasing elliptical body shape as all the other SXRD projectors we’ve seen from Sony, and sports a rich, glossy black finish. The only thing about its design we don’t like so much is the placement of all its connections down the side, rather than on its rear. This will potentially make cable management much trickier for anyone wanting to set the projector up in a permanent installation, especially if you’re thinking of ceiling mounting it.

The roster of connections meets our basic expectations. There are two v1.4 HDMIs, a component video input, a D-Sub PC port, an RS-232 hard remote port, an IR extender port, and a Ethernet port, which is where you connect the projector’s 3D transmitter. We’ll go into this more in a moment, but in the meantime the only negative comment we have about the HW30ES’s connections is that they don’t include a 12V trigger output. Panasonic’s upcoming AT5000, by comparison, will have two 12V trigger ports, as well as an extra HDMI.

That the HW30ES uses an external transmitter is a shift from the VW90ES, which sported a transmitter built around its lens. The external route is obviously less tidy, but we’re not necessarily against it, for it also gives you more flexibility over where you install the transmitter.

In fact, the HW30ES allows you to connect the transmitter to the projector via CAT5/CAT7 cable, so you can choose your own cable length and put the transmitter pretty much anywhere you want.

The only pity is that the transmitter itself sports a pretty horrible design; so lightweight that the weight of its cable tends to pull it off any flat surface you try to put it on unless you stick it down.

Setting up and using the HW30ES day-to-day are both pleasant experiences. The remote control is outstanding; really meatily-built, brilliantly laid out, and backlit. The onscreen menus are clear and logical too, if a little
stuffy in their presentation. And, even better, they’re stuffed with features and setup tools.

These include a pair of auto iris adjustments plus a manual iris override; High, Low and Off settings for the projector’s Motion Enhancer processing; separate MPEG and normal NR circuits; a variety of Gamma Correction settings; and four colour space settings: one normal, and three wide settings.

In place of a normal colour management system, meanwhile, you get Sony’s Real Colour Processing (RCP) system. This is rather unusual in its approach and as such isn’t particularly helpful for professional installers, but it’s fairly useful for lay users. Especially appreciated is the way it drops out of the picture all the colours you’re not adjusting, so you can focus on the red, green, blue, yellow, magenta or cyan elements individually.

Other more basic, but still very welcome, adjustments are simple but accurate vertical and horizontal image shifting via two ‘wheels’ on the projector’s top, a healthy amount of zoom, separate high and low lamp settings and, best of all, not just one 3D picture preset but a whole series of 3D presets. Far too few 3D displays include specific 3D picture modes, even though the requirements for colour, contrast and brightness for 3D viewing are radically different to the settings that best serve 2D viewing, on account of the glasses you have to wear.

Eager to find out what, if any, difference Sony’s claimed response time and brightness improvements might make to the HW30ES’s 3D pictures, we popped on the Tangled 3D Blu-ray. And we were seriously impressed with what we saw.

It’s instantly obvious that the excessive crosstalk of the VW90ES has been almost eradicated on the HW30ES. Even Tangled’s lantern release sequence only suffers with the tiniest hint of ghosting around the lanterns floating in the night sky, so that now crosstalk is only distractingly apparent on the very rare occasions where there’s a pretty much pure white object against a black background, such as the shot of the white horse eating apples on the dock in Tangled chapter 8.

The impact of not having your eyes plagued by crosstalk for 99.9% of your viewing time with the HS30ES can’t be overstated, making the 3D experience infinitely more relaxing, natural, crisp, detailed and deep than it was on the VW90ES. In short, by avoiding crosstalk the HW30ES shows up all the advantages of active 3D in impressive fashion.

Colours in 3D mode look natural too. Also extremely impressive is how stable and fluid 3D pictures look if you engage the projector’s motion processing. Normally, of course, we wouldn’t advise that you use such motion processing, but the system in the HS30ES is remarkably good and sensitive for such an affordable machine, and we genuinely preferred to have it on (at its lowest setting, mind you) during 3D viewing.

Sony’s glasses do, it has to be said, take a fair chunk of brightness out of the picture, despite the efforts of the new dynamic lamp system. But the facility is there to boost the glasses’ brightness if you wish, and this can have quite a brightness-boosting impact at the expense of only a touch more crosstalk.

Otherwise the only negative we can report about what truly is a great return to 3D form by Sony is that there’s a slight bit of flickering over very bright 3D scenes. But you’re generally so engrossed in the mesmerising 3D effect the projector produces that you seldom feel aware of this flicker.

Putting the glasses to one side and switching over to 2D, the HW30ES continues to impress greatly. The picture’s contrast performance is very good, for a start, with surprisingly deep black levels sitting alongside rich colours and reasonably pure whites (aside from the faintest tinge of orange). There’s an excellent amount of shadow detail visible during dark scenes, too, for a projector at this level of the market. 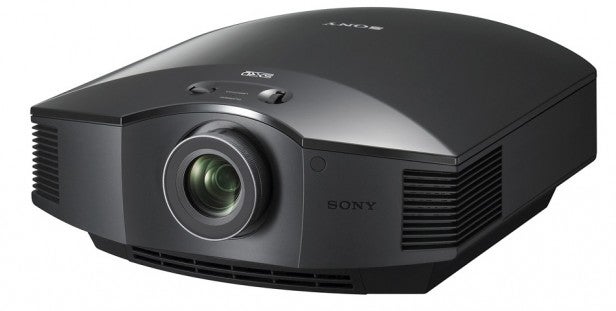 It’s also great to find that the HW30ES’s dynamic iris works startlingly well, at least on its Auto 1 mode. It noticeably improved contrast range without suffering much at all of the flickering brightness levels that have characterised dynamic iris functionality on many previous SXRD projectors.

Personally we still stuck with a manual iris setting, but it’s great to know that if you prefer the dynamic approach, you can now use it without it causing regular distractions.

The amount of detail in the HW30ES’s image is superb as well, yet the crispness on show isn’t accompanied by excessive noise. The only noise you see is what’s there in the source.

Motion handling continues to impress as well – though in 2D, we definitely didn’t feel an urge to use the motion processing any more. You just don’t need it. And if you do call it in, while still surprisingly good at not generating unwanted side effects, it does sometimes deliver a few frames of weird image acceleration during camera pans.

One final aspect of the HW30ES’s performance we definitely need to mention is its running noise. It is practically non-existent. The symmetrical design of the projector is clearly extremely good at dispersing heat from the 1300-lumen lamp.

If you’re wondering if the HW30ES is better than JVC’s X3 projector, the answer is that no, it isn’t. Not quite. For while the Sony is arguably fractionally better at handling 3D crosstalk, the JVC’s contrast range is markedly better, especially during 2D viewing. But the JVC model is, of course, between £300 and £500 dearer than this Sony based on current pricing, which is a significant sum of money in today’s tough financial environment.

Sony has worked wonders with the HW30ES, erasing the disappointments of the VW90ES from our minds with a projector that serves up a classy, hugely watchable and best of all impressively affordable big-screen 3D – and 2D – feast.