3D is, by its nature, best when it’s big. After all, the whole idea of it is to create a fantasy world that you engage with as you would the real world. So it follows that the 3D world you create will be that much more effective if it fills as much of your field of vision as possible.


This is why 3D has found such a natural home in the cinema. And it’s also why we at TrustedReviews have been so excited by the prospect of 3D home cinema projectors.


JVC’s DLA-X3 was the first to hit our test rooms, and in many ways it lived up to the hype, only being let down by signs of the double ghosting issue known as crosstalk. Now we have Sony’s VW90ES in our sweaty little palms, and we’re quietly confident that it’s going to blow our socks off. 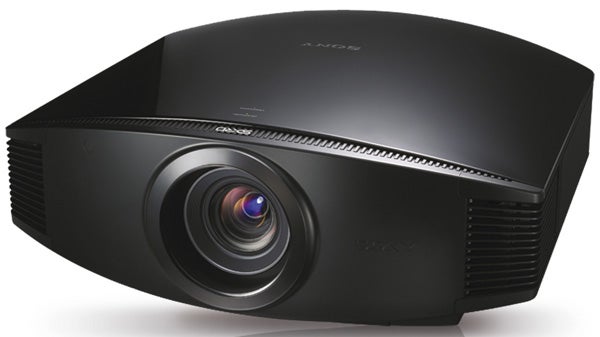 Why? Four main reasons. First, it’s considerably more expensive than the JVC X3: £5,300 or thereabouts, versus just £3,500 for the X3. Second, whereas the X3’s 3D talents felt slightly ‘added on’, requiring an external 3D transmitter to be attached to the main projector, Sony has built the VW90ES’s 3D transmitter into the main projector chassis – around the lens, to be precise. This suggests that the projector has had 3D from the day of its first conception.


Our third reason for hoping for great 3D things from the VW90ES is its use of a 240Hz SXRD chipset, designed to deliver the sort of ultra-fast response time 3D needs. And finally, we saw a VW90ES demoed at last year’s IFA show and came away feeling very impressed with what we saw. In fact, we haven’t been this excited since we heard Cadburys were bringing Wispa bars back.


The home for the VW90ES’s potentially game-changing tech is a predictably pretty one. It follows the elongated elliptical shaping of previous SXRD projectors, with a large, centrally mounted lens, and sports a satisfyingly glossy dark finish.


It’s up to speed with its connections too, with highlights of two v1.4 HDMI inputs, a D-Sub PC input, an RJ-45 2D sync jack, and a trigger output for powering up a screen, or an external anamorphic zoom rig. The only negative comments we could make would be that the connections are side-mounted when many installers would probably prefer them to be on the projector’s rear, and that while two HDMIs is on a par with most projectors out there, we personally wouldn’t mind more projector brands now offering at least three.


We’ve moaned before about Sony treading its own path too much when it comes to picture calibration tools, and it appears from the VW90ES that the brand is continuing to ignore us! For while you can adjust the gamma curve and white balance settings, and while Sony’s RCP engine delivers a degree of colour management, the non-standard interfaces for some of the calibration tools can be frustrating. Plus the degree of fine-tuning feels a little limited in places.

Looking specifically at the VW90ES’s 3D tools, there are three quite surprising features. One is a 2D to 3D converter – something the JVC 3D models don’t have, but which to be honest we wouldn’t recommend that you use anyway, as no converted image will look nearly as good as a true 3D source.


Then there are options to adjust the depth of the 3D image presentation, and the brightness of the 3D glasses. The depth adjustment is quite controversial in our eyes, for it allows you to manipulate the 3D image away from the depth settled on by the film-makers when mastering the Blu-ray disc. As for the 3D glasses brightness adjustment, again it’s difficult to understand why anyone would want to leave this set to anything other than high – especially when you realise how much brightness Sony’s 3D goggles take out of the picture. More on this later. 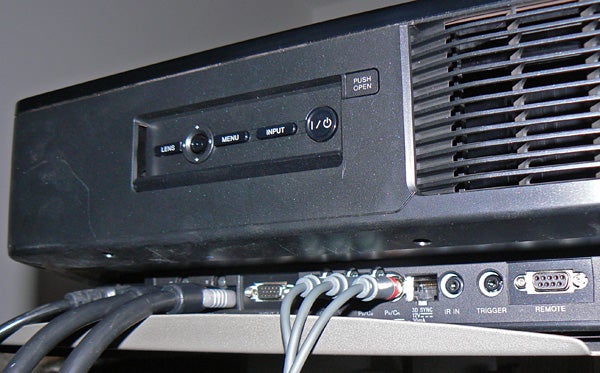 The VW90ES additionally boasts a reasonable series of picture presets, including three ‘Cinema’ modes, as well as Sony’s Motionflow system for reducing judder. This can be set to high or low levels of effectiveness, or deactivated entirely. We personally didn’t use it much, but it should be said that as motion processors go, it’s actually one of the best around, at least when it comes to not generating unwanted side effects.


Interestingly, Sony went to the trouble of sending us a series of recommended settings for 3D playback on the VW90ES – which immediately raised a couple of questions. First, it made us wonder why, if the settings are that important, Sony didn’t include a dedicated 3D image preset on the projector, with all the recommended settings in place for you. And second, it felt like a slightly defensive thing to do, making us wonder if Sony was a little bit worried about what we were going to think about the VW90ES’s 3D efforts. While the first of our thoughts here definitely has merit, though, we guess the second is pure speculation, so we’ll move swiftly on.


The last thing we should consider before finally finding out if the VW90ES really delivers the goods are its physical set up tool. Which are best described as decent. The zoom, focus and vertical/horizontal image shift optical tools are all motorised, and easy to access. The level of optical zoom is a touch limited, though, and we found it hard to operate the image shifting with as much precision as we’d like. But you get there in the end.


Donning Sony’s fair to middling (in terms of comfort and ambient light blockage) 3D glasses and firing up our trusty pressing of ”Monsters Vs Aliens” quickly became far from the 3D love-in we’d hoped for.


The first thing to hit us was just how much brightness gets taken out of the 3D picture versus the projector’s 2D ones – much more, it seems, than happens with JVC’s 3D projection system. This is even the case if you set the 3D glasses brightness option to High.

Even worse, though, is the amount of crosstalk noise the picture suffers with. This ran totally counter to our expectations, but there could be no denying how it made watching 3D sources tiring and unnatural. The odd thing is that it didn’t seem to occur in all the obvious places we’re accustomed to seeing it; for instance, the struts of the Golden Gate bridge during that sequence of ”Monsters Vs Aliens” didn’t actually look that ghosty, but other bits, such as the internal edges of the giant robot when shot in profile looked worse than usual.


Overall, though, it’s bad enough to make even full HD 3D Blu-rays look rather soft, and in conjunction with the lack of brightness and punch it means that the JVC X3’s 3D performance is markedly more enjoyable to watch – especially for extended periods of time – than that of the VW90ES.


One good thing about the VW90ES’s 3D performance is that it doesn’t cause the projector’s cooling fans to become as noisy as those of the JVC X3 when you’ve got the brightness cranked up to counter the effect of the active shutter glasses. But otherwise it really is a disappointment. 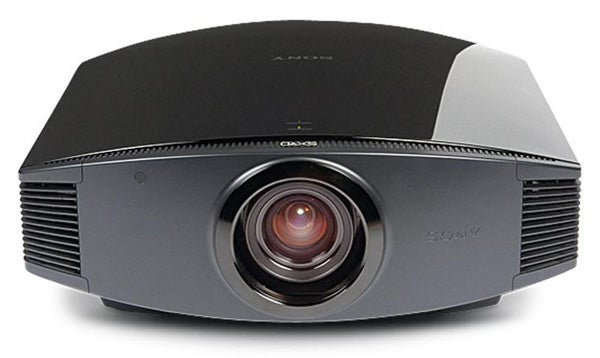 Thankfully, the VW90ES is a much more consistently accomplished 2D performer. In fact, scratch that; it is a really quite sensational 2D performer. For a start, it achieves the richest black level seen to date from SXRD technology. And crucially this remains the case even if you deactivate the projector’s dynamic iris system – an important achievement given the potential brightness and colour stability issues associated with dynamic irises.


Actually, the dynamic iris in the VW90ES isn’t a particularly bad offender in this regard, but we still noticed brightness shifting often enough to prefer to leave the feature turned off.


Colours are also the best Sony has delivered with SXRD, in terms partly of the immense tonal subtlety on offer, but mostly because the tones of its palette look so consistently natural. Some skin tones have tended to look a little green and flat on some past SXRD units, but even with the slightly limited colour management tools available to us, the VW90ES proves that it can deliver a colourscape of real precision as well as eye-catching intensity.


Motion is natural too, even without Motionflow in action, and perhaps most impressive of all, HD sources look mesmerisingly detailed and clear – without a hint of over-sharpness or excess noise. In this respect, in particular, we felt the VW90ES has the edge over JVC’s X3.


However, the X3 still has the edge over the VW90ES in contrast terms – particularly when it comes to those tricky scenes that contain a mixture of dark and light material, where the JVC’s image looks more natural and contains more shadow detailing.


JVC’s DLA-X3 really does represent a significant stumbling block for the VW90ES. For the bottom line is that the X3 produces a better 3D performance than its Sony rival, as well as at least as arresting a 2D performance, while costing the best part of two grand less.


Sure, Sony’s integrated 3D approach is more elegant, and it offers better PC support. And to be absolutely clear about this, it is a quite brilliant 2D performer. But ultimately you know Sony’s in trouble with this one when the first thing we wanted to do after reviewing the VW90ES was to revisit our JVC X3 review and move up its overly harsh 3D mark from a 7 to an 8…