The KD-65S8505C’s 3D pictures look bright, even after donning a pair of active-shutter glasses. This combines nicely with the TV’s mostly strong contrast performance to paint a 3D landscape that’s full of depth and scale.

Detail levels are high, as the X1 processor works its magic on HD 3D Blu-rays to make images look at least halfway 4K – an effect that can make the 3D world feel more immersive. The sheer size of the screen, along with the gentle curvature, further enhances this sense of immersion.

A little crosstalk ghosting noise is noticeable, especially over heavily foregrounded objects and subtitles. Plus, there’s some minor motion stutter, which tempts you to use a slightly higher MotionFlow setting despite the slight increase in video-processing artefacts that result. 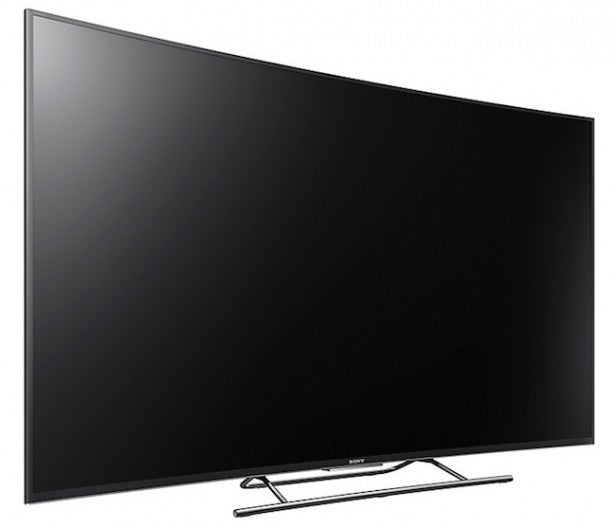 In addition, our test sample suffered a weird infusion of a purple/pink colour over the bottom 4-5in of its 3D pictures. I’d hope that this was a fault specific to our sample, although the TV seemed to be working just fine in every other way.

Sony is investigating this issue. I’ll update this review – including the 3D score – if its investigations reach a positive conclusion.

While the KD-65S8505C doesn’t deliver the huge soundstage of last year’s KD-65X9005B, it remains an unusually good audio performer by slim TV standards. It offers an effortlessly big soundstage to partner such a large screen, and delivers an impressive range between the set’s deepest bass and highest trebles.

The mid-range is open and powerful, delivering some of the most realistic voices we’ve heard from a TV that doesn’t use forward-firing speakers, plus there’s plenty of treble detailing to inject life and a sense of space into films.

The KD-65S8505C is even a tasty proposition for gamers. As well as delivering high levels of picture quality with console and PC gaming graphics, its input lag was measured at around 25ms. This is an impressively low figure by LCD TV standards, and it means that you won’t be able to blame the TV for your gaming fails.

One other point to raise here is that the KD-65S8505C does still, at the time of writing, feel like something of a work in progress. This is mainly down to its lack of HDR and YouView features. I can but hope that these features are integrated before the year is out – and without causing any problems.

If you’re considering a curved TV but aren’t comfortable with the fairly extreme curvature of most sets currently on the market, the KD-65S8505C is pretty much the only game in town. Plus, rather handily, its picture quality is often barnstormingly good, especially – though not exclusively – with native 4K UHD content.

For those not concerned by a more severe curve, the Samsung UE65JS9000 gives you more HDR-friendly brightness and a far more simple smart TV system – but it costs nearly £1,000 more.

If you’re not fussed over whether or not your TV is curved then Sony’s own similarly specified KD-65X8505C costs around £400 less, or you can pick up the Panasonic TX-65CX802 for more or less the same money.

Ironing out a few initial kinks see the KD-65S8505C deliver outstanding pictures. Only slight clumsy backlight handling, a reflective screen and its price relative to its flat-screen equivalent leave it short of bagging a total recommendation.