Unusually for Sony, the KD-65S8505C’s pictures suffer significant problems in their out-of-the-box state. Upscaled pictures – especially grainy film transfers – look noisy; motion can look fuzzy or result in processing artefacts; and the dynamic contrast system causes what can sometimes be quite overt jumps in the image’s brightness.

Fortunately, most of these problems can be greatly reduced by following the suggestions in the Setup section – although, given how few people take the time to play with their TV’s picture setup tools, it’s a pity the KD-65S8505C doesn’t fare better from the outset. I can only assume that Sony couldn’t resist the urge to “show off” what its new X1 processing feature can do – at the expense of a consistently natural look. 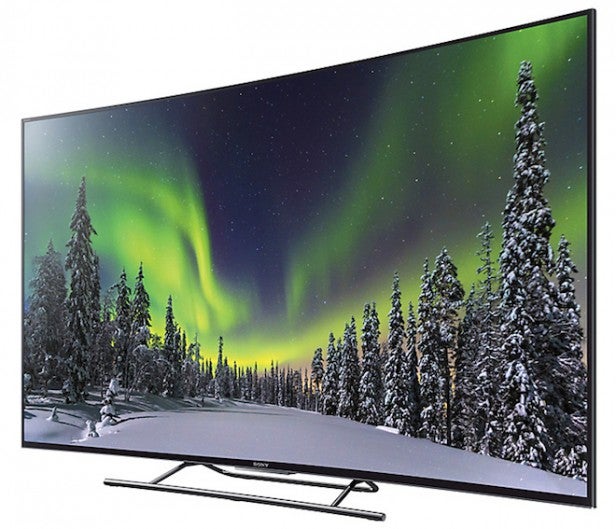 Thankfully, following calibration, the KD-65S8505C’s pictures are capable of looking spectacularly good. Colours enjoy a combination of richness and vibrancy alongside tonal subtlety and balance; images grab and hold your attention with their intensity, but never look unnatural or over-cooked.

It’s great to find, too, that Sony has equipped the KD-65S8505C with a good range of tools to get its colours looking exactly how you want them, be it the Rec 709 standard for AV purists using today’s Blu-ray and TV sources, or expanded colours courtesy of the Triluminos Live Colour engine.

I found myself unable to resist the extra dynamism and punch delivered by Live Colour’s Medium setting. The key point, though, is that the KD-65S8505C is exceptionally effective at reproducing colours, no matter where your personal taste lies.

Sony’s TV is also outstanding at bringing out those millions of extra pixels of native 4K UHD content – especially since its colour handling is precise enough to deliver the sort of pixel-level colour accuracy you need to make a 4K image truly fly.

In fact, the KD-65S8505C makes native 4K look as good as I’ve seen it look – aside from the HDR-boosted 4K UHD delivered by Samsung’s SUHD TVs.

The KD-65S8505C’s motion handling contributes strongly to its excellent sharpness performance. The MotionFlow system set to Clear mode – or a custom setting with the two adjustable elements set to two or three – leaves pictures free of judder and minimal motion blur, while also generating only the occasional subtle processing side effect.

Contrast performance is good too – though it isn’t quite as accomplished as some other Sony 4K UHD TVs.

It combines bright and dark elements in a single shot better than many rivals, giving pictures plenty of punch and vigour. It’s capable of hitting better-than-average black level depths too.

Its black-level performance doesn’t plumb the depths seen on some previous Sony TVs, however, leaving a trace of greyness hanging over dark areas. At times, this can obscure some of the image’s subtlest shadow details and gradations.

My best guesses as to why the KD-65S8505C doesn’t quite rival the contrast of Sony’s best TVs would be the relative difficulties of controlling light distribution in curved LCD TVs, or Sony apparently not applying any local dimming controls to the set’s edge-based lighting system. 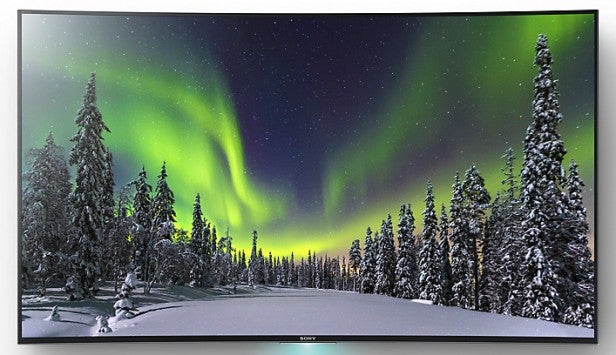 There’s one other unexpected and aggravating issue that damages the KD-65S8505C’s handling of dark scenes: An occasional “flaring” effect that occurs when the Advanced Contrast Enhancer feature is activated.

Whenever there’s a fade to black or almost completely black image on the screen, the KD-65S8505C seems to turn off its backlight to deliver a deeper black. This is quite distracting in itself, but it pales into insignificance versus the aggressive flash that sometimes appears when the backlight flicks back on as bright content returns to the image.

Unfortunately, though, you can’t just turn off the Advanced Contrast Enhancer to avoid this issue. If you do, the picture’s black-level response takes an uncomfortable hit, alongside dark scenes starting to reveal slight traces of backlight clouding in the screen’s corners.

I recall Sony having something to say to rivals about turning off their backlights in past picture demonstrations, yet here it is seemingly doing the same – with predictably unpleasant results.

Other issues affecting the KD-65S8505C’s pictures involve its glassy finish, which reflect bright objects and light sources in your room quite aggressively. And since the screen is curved, these reflections tend to be distorted across more of the screen – although the impact of this isn’t as severe as it tends to be on more aggressively curved screens.

Finally, even after calming the tendency of Sony’s upscaling processing to push sharpness to the point where images start to look noisy, the mostly clever localised application of Sony’s picture processing can cause certain areas of the picture to look noisier than the rest.

Used as the main TV for the review period
Tested for more than a week
Tested using industry calibrated tools, discs and with real world use
Tested with broadcast content (HD/SD), video streams and demo discs
Previous
Sony KD-65S8505C Review Next
3D, Sound and Conclusions Review