It doesn’t benefit from the innovative Multi-Angle Live Speaker system that was such a hit on Sony’s debut curved TV – the KD-65S9005B – but the more advanced picture processing and slimmer design will hopefully compensate for this.

The KD-65S8505C isn’t as stylish as the striking KD-65S9005B, but I suspect this won’t upset many people. After all, with its slim, silver-trimmed black frame and remarkably minimalistic stand, it’s about as unobtrusive as a 65-inch curved TV could be. 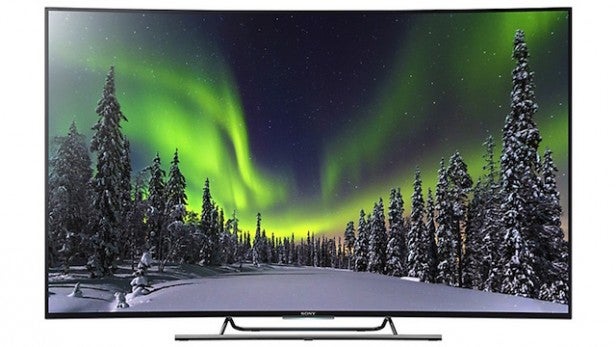 Its curve is shallower than most rival curved TVs’, which may endear it to people who like the look and idea of a curved screen but are concerned about the potential viewing limitations, image geometry issues and distorted onscreen reflections associated with them.

It’s worth adding that KD–65S8505C’s large screen helps to “sell” the concept of a curved screen far more convincingly, since its size makes easier for groups of people to enjoy the strengths of a curved screen – such as a more immersive viewing experience and enhanced image depth.

The KD-65S8505C includes a good set of connections. Its four HDMIs are built to the 4K-friendly 2.0 spec with HDCP 2.2 anti-piracy protocol support, while today’s increasingly important multimedia features are supported by a trio of USB ports, plus integrated Wi-Fi and Bluetooth/NFC support.

The services differ radically from those found on Sony’s 2014 TVs, dominated as they are by the twin pillars of Google’s latest Android TV system and integrated YouView support. Note that at the time of writing, the YouView bit still hadn’t materialised, despite Sony originally promising a summer firmware update.

Happily, the Android TV system is working – and far more effectively than it was when I first tested it a few months back.

It seems less prone to crashing, and even runs a little faster. It appears to have less of a negative impact on the TV’s general running speed too, with exploration of the TV listings in particular feeling much more fluid.

It does still take longer than I’d like to simply boot up a digital TV channel from the Freeview HD tuner, however – although I can’t say for sure that this is caused by Android TV’s stress on the KD-65S8505C’s brainbox. 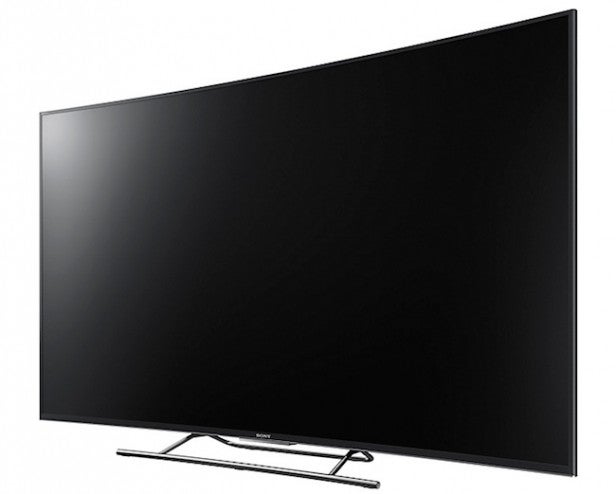 With YouView still nowhere to be seen, it’s nice to see that Android now supports the BBC iPlayer. Currently, though, you’ll only receive catch-up services for the UK’s other main terrestrial broadcasters when YouView goes live.

While Android TV’s improved stability and speed are welcome, many of the structural and practical issues described in my dedicated review of the platform remain.

The KD-65S8505C’s picture technology adds up to a potent mix, as its 4K UHD native resolution jojns forces with Sony’s Triluminos and X1 processing technologies.

The latest Triluminos system expands the screen’s colour performance and is claimed to deliver 150 times the colour-adjustment range of Sony’s 2014 Triluminos TVs.

The new X1 processor has been created to deliver a host of 4K-related picture benefits, including better upscaling of non-4K sources, improved noise handling, contrast and gradation reproduction, and enhanced handling of today’s numerous 4K streaming sources. For a more detailed exploration of the X1’s capabilities, check out Trusted’s review of the Sony KD-75X9405C.

Sony’s highly effective MotionFlow processing is on hand to reduce judder and blur too, and while the screen is illuminated by edge-mounted LEDs rather than LEDs mounted directly behind the screen, Sony has consistently proved in recent years to be exceptionally good at controlling edge lighting. Hopefully, that heritage will continue to be evident on this curved screen.

It was recently announced that the KD-65S8505C will be able to play high dynamic range (HDR) content following a firmware update. Sadly, since this update hasn’t arrived yet, I wasn’t able to test this potentially key part of the TV’s performance. 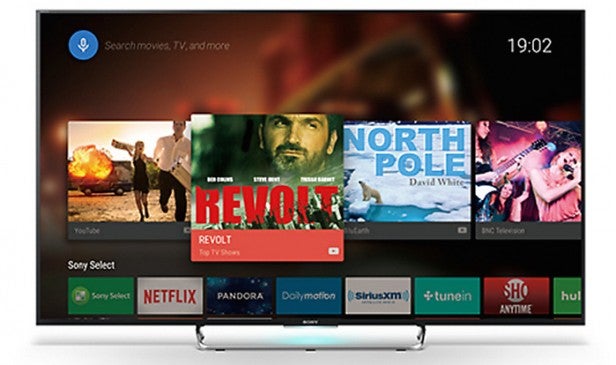 The TV does already support active 3D playback, though, so this I can test – even though set doesn’t ship with any free 3D glasses.

Turning to the KD-65S8505C’s audio. While it doesn’t boast the KD-65S9005C’s innovative and frequently spectacular-sounding Multi-Angle Live Speaker technology, it does pack a promising selection of audio features.

Sony provides a fulsome set of picture setup tools with which you can have a play. In fact, you’ll need to familiarise yourself with at least some of them as, despite the more powerful processing engine, the KD-65S8505C’s automated picture systems are a bit problematic.

My main suggestions for improving pictures are as follows. First, turn off the TV’s light sensor element, since this removes quite excessive amounts of brightness during dark-room viewing. Instead, set up your own dark/bright room presets. 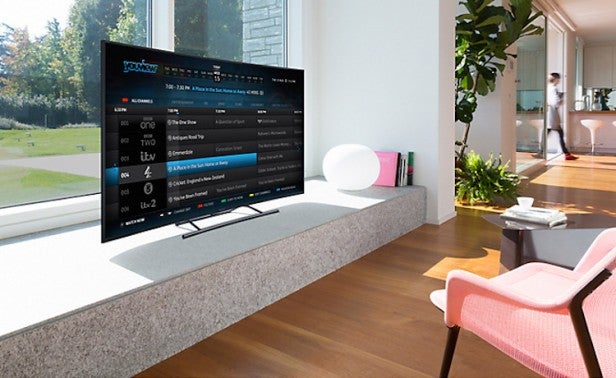 Next, turn off all noise-reduction systems when watching native 4K or high-quality HD sources, and avoid using the higher power settings of Sony’s MotionFlow processing.

For movies, the Clear setting is likely to be the most effective, since anything more potent can make subtle details or natural film grain start to look smeary and exaggerated. In this respect, it’s also an idea to set the Film mode to Low when watching Blu-ray movies.

In addition, I found it necessary to choose Manual for the Reality Creation system and reduce the Resolution setting here to around 35. Finally, I’d suggest you leave the Advanced Contrast Enhancer and Black Adjuster settings on Low – although, as we’ll see, this doesn’t yield wholly satisfying results.