The 55XE8596’s picture is almost ridiculously good for its money – as long as you accept one inevitable limitation.

Before I get to that limitation, let’s run through all the good stuff, starting with its unexpectedly outstanding black level response.

The 55XE8596 manages to deliver deep, rich and remarkably uniform black colours that remain largely devoid of backlight clouding even when you’re watching HDR. This would be a pretty remarkable achievement for any LCD TV, never mind one with no local dimming to help it out. 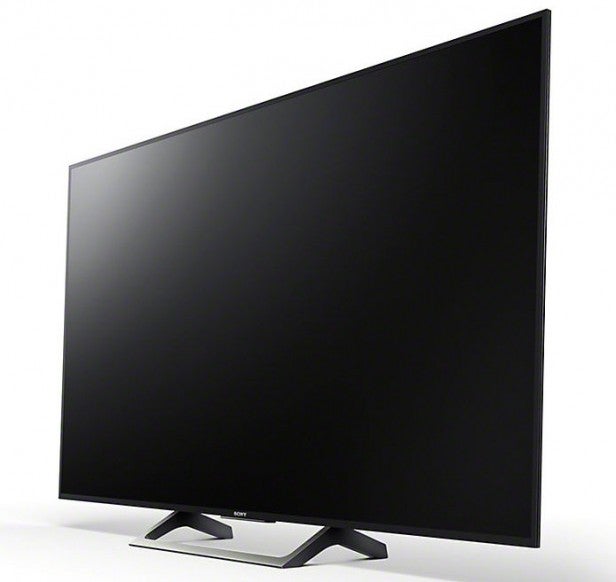 While tones are very vivid for this price point, they also contain mesmerising amounts of tonal subtlety and finesse, regardless of whether you’re watching in high or standard dynamic range. This helps HDR pictures frequently attain a look of genuine beauty that you really have no right to find at the XE8596’s price point.

What’s more, thanks to Sony’s Super Bitmapping feature, HDR images appear entirely free of the colour striping problems that can affect areas of colour with many other more expensive TVs.

The strong black level performance also means that colours in dark areas look pretty much as rich and natural as those in bright areas, since their intensity is not flattened or reduced by the intrusion of backlight greyness over and around them. 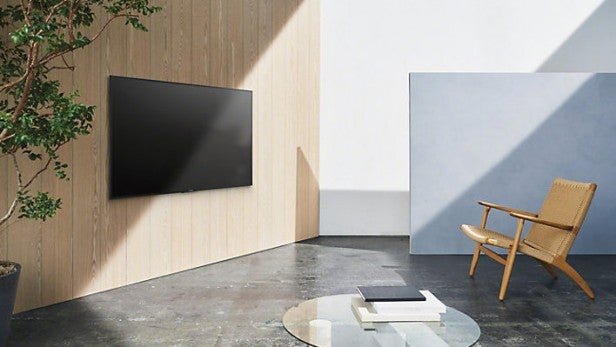 The XE8596 performs beyond its price point when it comes to sharpness and fine detail reproduction. Native 4K content looks gorgeously rich in texture and boasts the sort of minute detailing associated with only the crispest 4K displays. As a result, the advantages of its 4K resolution are abundantly obvious from a normal viewing distance, countering the notion that you need at least a 65-inch screen to really benefit from 4K resolution.

The clarity and detail holds up even when there’s a lot of motion in the frame. Even without using Sony’s outstanding Motionflow processing, pictures are far less impacted by judder or blur than those of most similarly affordable TVs. However, Motionflow works so well on its Clear, True Cinema and even default Standard settings that you might as well just use it to get the sharpest pictures possible.

The limitation I referred to earlier is its brightness. Coming to this Sony after a flurry of ultra bright LCD and brighter-than-ever-before OLED TVs, it’s immediately obvious – especially with HDR content – that it just isn’t in the same brightness ballpark. Measuring its light output with a 10% white HDR window uncovers a figure of 426 nits, whereas this year’s OLED TVs are hitting around 700 nits, while Sony’s own XE9305 LCD series are hitting nearly 1500 nits.

Before you get too deflated by this, Sony’s excellent video processing does a good job of retaining details in its brightest HDR picture areas, suffering much less ‘clipping’ than might have been expected. Even better, the Triluminos system really is unique at this level of the market when it comes to delivering a HDR’s wide colour spectrums – despite the TV’s lack of brightness.

In short, you can clearly see a difference between SDR and HDR content on the XE8596, and the HDR results aren’t as all-round compromised as I might have expected.

The biggest problem with the 55XE8596’s relative lack of brightness with HDR comes in dark areas more than bright ones. As with other limited brightness HDR screens, dark parts of HDR images tend to look a little too dark, drawing undue attention to themselves and crushing out subtle detailing. 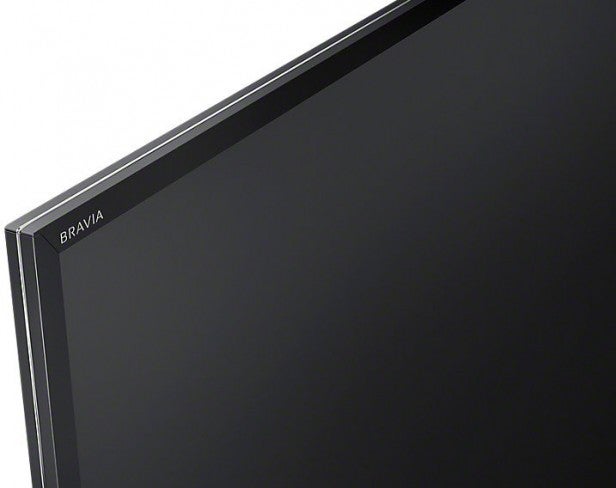 While the XE8596’s black levels are, for the most part, exemplary for its price, there are exceptions. When you’re watching a predominantly dark HDR scene that has bright elements within it, you can start to see gentle greyness in the black bars you get above and below very wide aspect ratio films. Even when this appears, however, it’s less distracting than the striping backlight issue that locally dimmed edge-lit TVs can produce.

The limited brightness isn’t an issue with standard dynamic range pictures. In fact, thanks to Sony’s outstanding HD to 4K upscaling processing and superb colour management, the XE8596 gives an outstanding SDR account of itself with Blu-rays and HD broadcasts.

The only thing to add on the brightness front is that the results discussed here – especially with HDR – depend on you viewing in as dark a room as you can manage. While SDR holds up pretty well in a typically bright room environment, dark HDR scenes and picture areas can become really quite difficult to make out.

While the 55XE8596’s performance is mostly an emphatic endorsement of Sony’s decision to move away from low-contrast IPS LCD screens for 2017, there is one downside. With the VA type panel the XE8596 uses, you have to watch it from an angle of no more than 30 degrees off axis – or else contrast and colour start to take a noticeable hit.

The XE8596 is a good gaming screen, too. Its input lag measures just 21ms when you’re using its Game picture preset –  one of the lower figures around this year, and one that should have minimal negative impact on your gaming abilities. This 21ms figure is an average taken from measurements that cycled between as low as 10ms but as high as 51ms. Fortunately the 10ms measurements comfortably outnumbered the 51ms ones, but a consistent 21ms would be preferable.

While the XE8596’s audio is perfectly decent – good, even – for day to day TV viewing, its limitations are exposed by potent movie soundtracks. The brutal explosions of Hacksaw Ridge sound more like pops thanks to a lack of bass depth, and trebles tend to be exaggerated – sometimes to the extent that they become a bit harsh.

On the upside, the speakers can go loud without distorting, and provided you’ve followed the earlier audio setup advice, the soundstage spreads remarkably wide, achieving a sense of depth behind the screen as well as width and height beyond the screen’s edges.

Buying a 55XE8596 requires you to accept a couple of compromises. Its HDR playback is limited by a lack of brightness, and its Android TV smart platform is a little sluggish and unhelpful.

However, its HDR pictures are still more watchable than those of many rivals in the same sort of price bracket, its relatively low brightness helps it deliver an excellent black level performance, and its colours and sharpness are both outstanding for its price point.

In terms of alternative options, we’re yet to see many other affordable 55-inch 4K HDR TVs from 2017 ranges. Samsung’s UE55MU7000 (which we should be reviewing soon) looks like a potentially interesting option, adding much more brightness and local dimming to the equation for £1500. You can also currently get LG’s outstanding OLED55B6V 2016 OLED TV for just £1490. Be quick with that one as stocks are likely limited.

It’s hard to imagine many similarly priced TVs outperforming the 55XE8596 this year. Its lack of brightness may put a lid on its HDR potential, but it counters that with some of the best black levels, sharpness and colour I’ve seen on a sub-£1500 55-inch TV.