The price of digital cameras has dropped dramatically over the past few years, and today there aren’t too many compact cameras that cost over £300. The ones that do are a pretty select bunch. There are a couple of super-zoom models such as the extraordinary Casio EX-F1 or the Nikon P90, and some high-spec semi-pro cameras such as the Ricoh GR Digital II, Sigma DP1 and Canon G10, not to mention the beautiful Panasonic LX3 and its counterpart the massively overpriced Leica D-Lux 4 (basically an LX3 with a Leica badge and an extra £150 on the price). However these are all complex cameras designed for serious and experienced photographers. The top end of the consumer compact market is occupied by cameras like the Canon IXUS 980 IS and the new IXUS 990 IS (review coming soon), or the Fuji F200 EXR, but even these retail for under £300. No, at the very top of the tree, the honour of being most expensive consumer compact on the market goes to today’s review camera, the Sony Cyber-shot DSC-T900, which costs a wallet-crushing £325. You can get an entry-level DSLR with a lens for less. 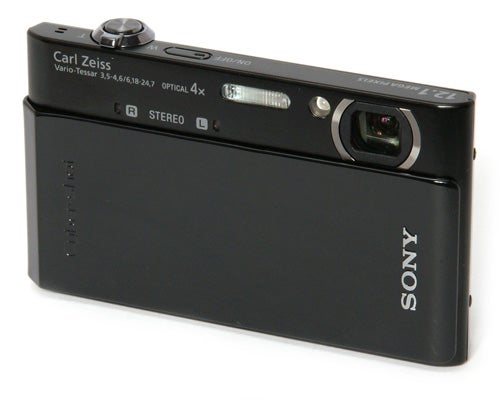 When you first open the box, you might be forgiven for thinking it’s a bit of a rip off. At first glance it just looks like a 12.1-megapixel update of last year’s Cyber-shot T77, and indeed the T900 does have many similarities to that model, such as its 4x zoom Carl Zeiss lens. However when you look closer you notice the details that set the newer model apart. On the front it has stereo microphones for its 720p HD video recording mode, while on the back it has a huge and pin-sharp 3.5-inch 921k touch-screen monitor. On the top plate the T77’s fiddly little rocker-switch zoom control has been replaced with a nice smooth rotary bezel, and the sliding front cover has been reshaped to include a small finger grip, making a surprising improvement to the camera’s handling. 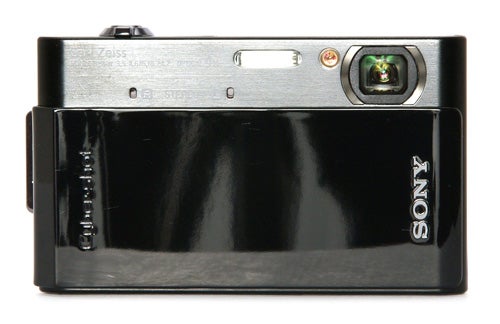 What the T900 inherits from its forebears is Sony’s usual excellent build quality, and the handsome but practical style of the camera. The body is half metal, half plastic, but it is very solidly put together and what few external controls it has are solidly mounted and sensibly positioned, although the narrow strip on the right of the screen and the extended strap lug make a barely adequate thumb rest. It’s all too easy for your thumb to end up on the screen, however as long as you don’t accidentally change the flash mode, the camera will detect the touch and temporarily deactivate the touch screen interface, which is quite clever.


I’m not usually a fan of either top-left-corner lenses or sliding panel designs, but even I will admit that the T900 is a pleasure to use. Despite being slightly larger than the T77 it is actually slightly lighter, and at just 16.3mm thick it’s one of the slimmest cameras on the market. Like other models in the T series it is available in silver or the attractive dual-texture black finish shown here. A brown version is available in some territories, but not in the UK.

Another thing I’m not keen on is touch-screen interfaces. As I pointed out in my review of the Samsung NV100HD last week, most of them really don’t work very well. However as I also pointed out, one of the few cameras to get touch-screens right was the Sony T700, and happily the T900 has exactly the same huge 3.5-inch 921k resolution touch-sensitive screen as that model. This is really the only way camera touch screens can work; a really big screen and a limited number of large well-spaced button areas. The T900’s touch interface is extremely well designed, and as a result it is quick and easy to use, making it one of the few touch screens that actually enhances the experience of using the camera. It also responds to a stylus, so even if your fingers are even larger than mine you’ll still have no problem. 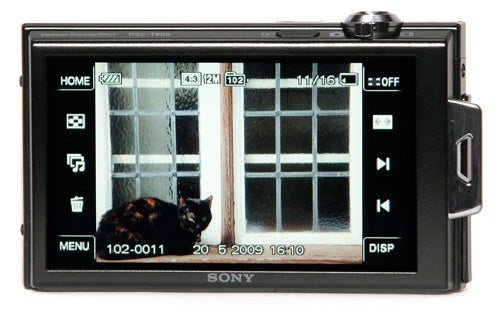 The other key feature is HD video recording with stereo sound from twin built-in microphones. I was initially confused by this, and I suspect I won’t be alone, because on the box it has a prominent bright yellow logo proclaiming “Full HD 1080”, and I thought I’d discovered the reason for the camera’s high price. Full 1440 x 1080 HD video would indeed be a unique feature on an ultra-compact camera, however in much smaller letters beneath this logo it says “Still image”, and sure enough the camera can playback still images to a HD TV via an HDMI cable at 1440 x 1080 HD resolution. In video recording mode it is limited to 1280 x 720 resolution at 30fps.


The T900 has a wide range of other useful features, including touch-screen focus point selection, an enhanced face detection system with adult or child priority, face motion detection and an adjustable smile shutter trigger, automatic red-eye correction, intelligent scene recognition and D-Range Optimiser with two strength settings. All of these work smoothly, although the DRO is not massively effective. The T900 also has optical image stabilisation, which works well, allowing full-zoom hand-held shots at shutter speeds of around 1/15th of a second. 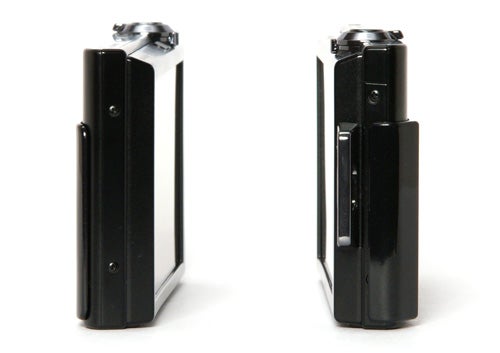 There are a number of features in playback mode too, some of which use the touch screen interface for retouching or adding effects to pictures. Some of these are novelties such as radial blur or starburst filter, but others are more useful, including sharpening and red-eye correction. One however is truly ghastly; the Happy Faces setting warps your victim’s face to make it look like they’re smiling. The effect is quite disturbing.

As one might justifiably expect from a camera costing well over £300, the T900’s overall performance is excellent. It starts up in comfortably less than two seconds and shuts down again even more quickly. In single-shot mode the shot-to-shot time is approximately 1.7 seconds, which is nice and quick, while in continuous shooting mode it can rattle off 1.4 shots per second, which is exceptionally fast for a 21MP compact.

The T900 has an excellent nine-point autofocus system, and it is certainly one of the areas where your money goes. It is very fast and accurate, and will focus in any virtually lighting condition. The T900 has one of the brightest AF assist lamps I’ve ever seen, with a useful range of over five metres. The built-in flash is superb, easily filling a five-metre room, and operating outdoors at a range exceeding its claimed 4.5m maximum range. However it also works well at close range, illuminating subjects just a few centimetres in front of the lens without burning out highlights.


The one thing that could justify the T900’s enormous price tag would be superior image quality. However while it is indeed very good it is not without its problems, and anyone who’s read any of my previous reviews of 12MP ultra-compacts can probably guess what they are. The T900 has a tiny 1/2.3-inch sensor, and even though it uses Sony’s Super HAD technology, with its larger photocells and micro-lenses, it’s still trying to cram over 12 million of them into a space about as big as the word ‘big’ appears on your screen. As a result the T900 suffers badly from image noise at higher ISO settings, and has limited dynamic range, although the DRO feature does go some way towards offsetting this. Images at 1600 and 3200 ISO are particularly bad, pixel-binned and interpolated to the point where there is almost no detail.


This is a pity, because apart from these flaws the camera produces excellent results. At ISO settings up to 200 the image quality is very good, with rich colours, smooth tonal variations and plenty of fine detail. As expected the Carl Zeiss lens is superb, with outstanding corner-to-corner sharpness with minimal wide-angle distortion or chromatic aberration. Image files average around 4.6MB, which is a little on the small side for a 12MP camera, but nonetheless images show no noticeable signs of compression. Flash and low-light images are particularly good, with accurate exposure and no red-eye. 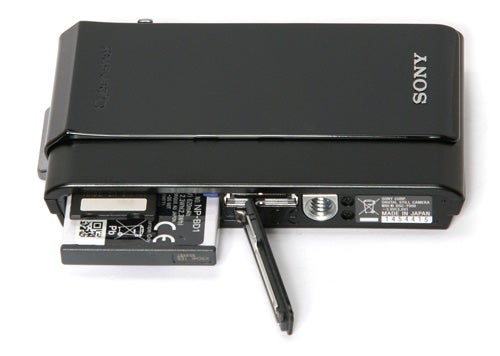 There’s no question that the Sony Cyber-shot T900 is a superb camera. It’s very well made, looks good, and is easy to operate thanks to one of the few good touch-screen interfaces. It has a number of useful and entertaining features, outstandingly fast performance, and produces very good results, especially in low-light social situations. However it’s not without some image quality issues, and it is ridiculously overpriced. It’s good, it’s just not ”that” good.

”Over the next few pages we show a range of test shots. On this page the full size image at the minimum and maximum ISO settings have been reduced to let you see the full image, and a series of full resolution crops have taken from original images at a range of ISO settings to show the overall image quality. These pictures were taken indoors using reflected natural light” 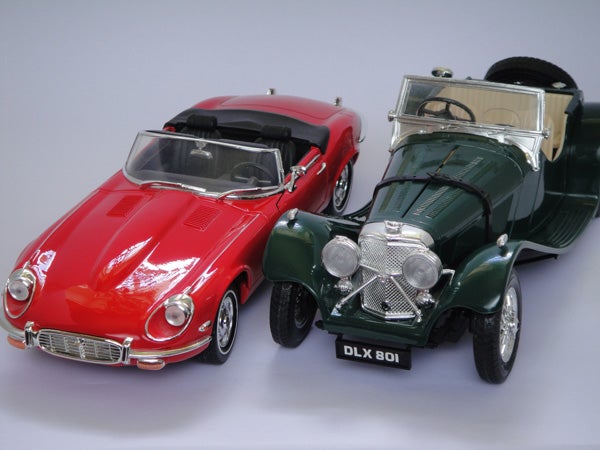 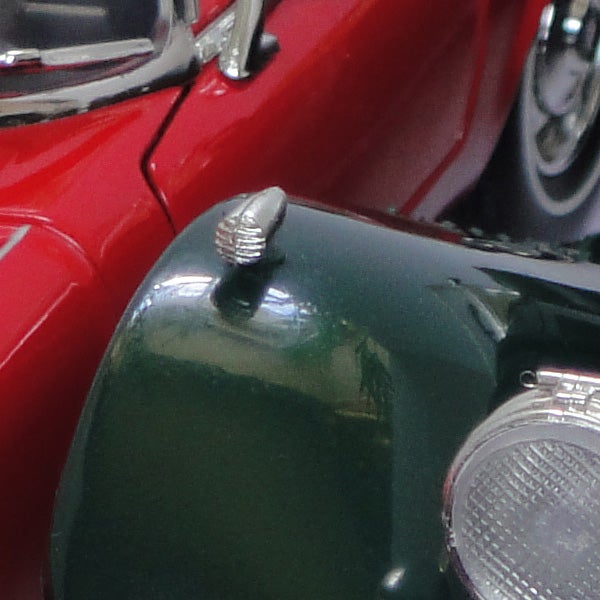 At the minimum ISO setting the picture quality is excellent, with smooth colours and plenty of detail. 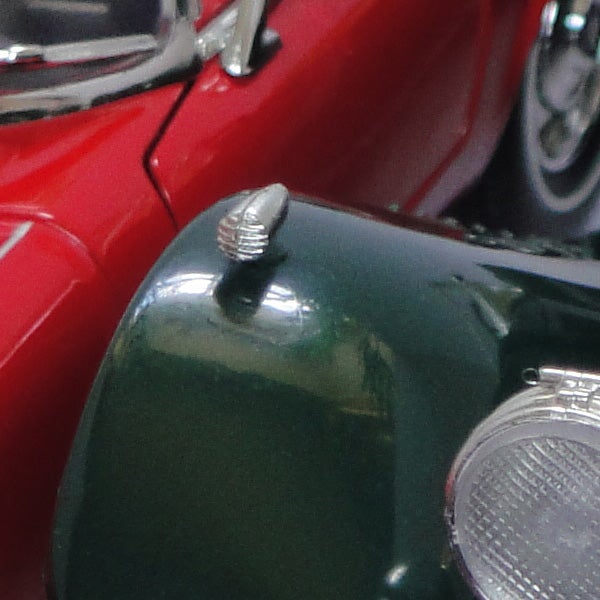 Almost the same results at 100 ISO. 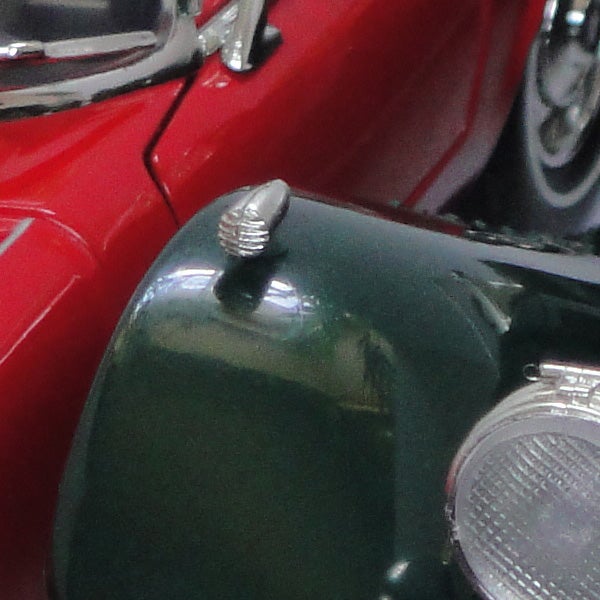 200 ISO and the image quality is still superb. 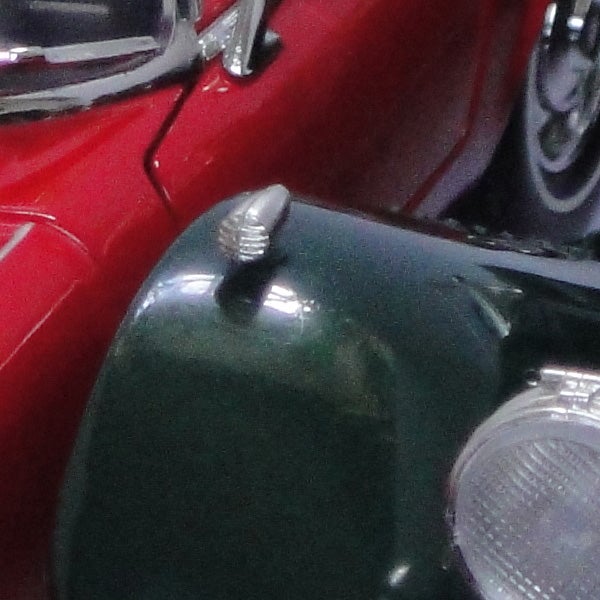 It all starts to go wrong for the T900 at 400 ISO, with distorted colour, lost detail and visible noise. 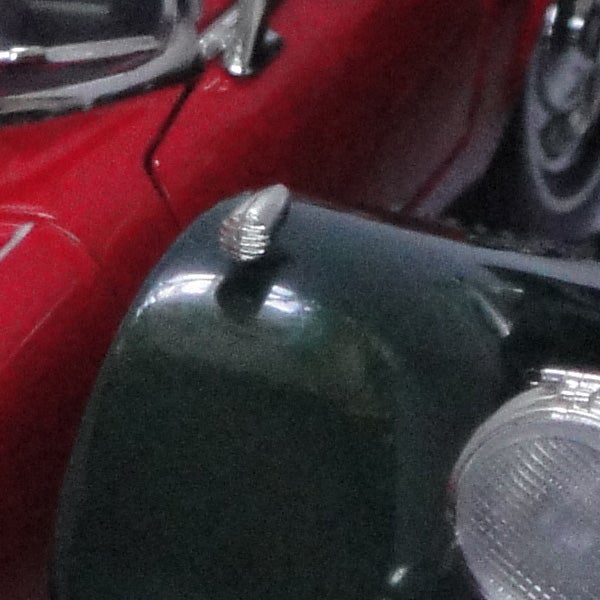 800 ISO is even more blotchy and noisy. 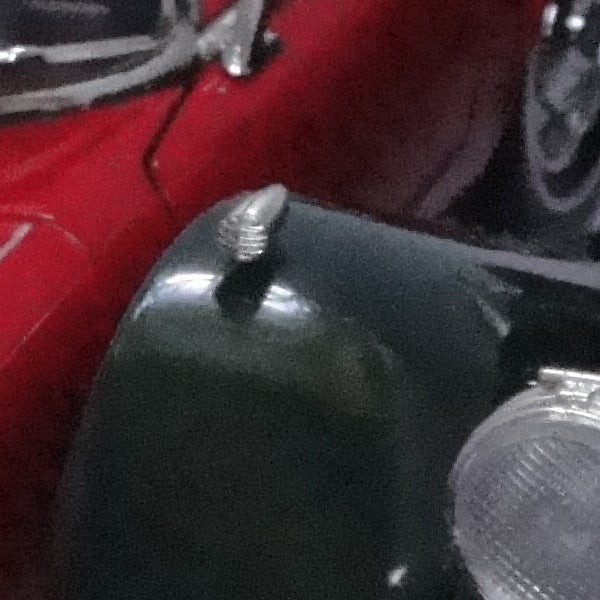 1600 ISO and lots of detail has been lost to the noise reduction. 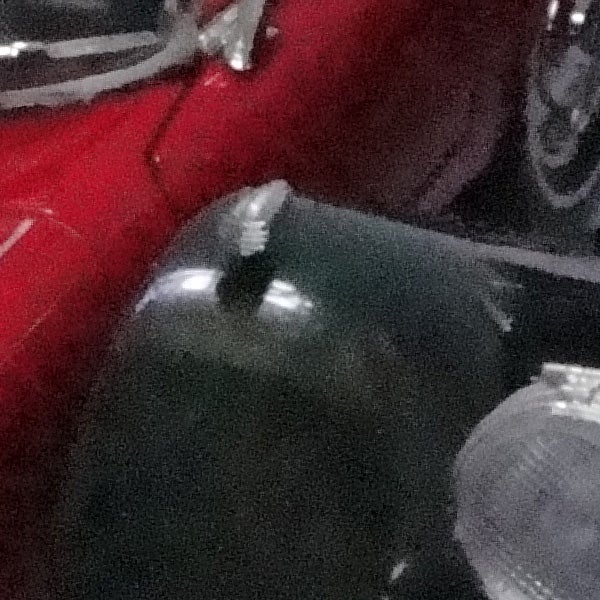 3200 ISO is available at full resolution, but the picture quality is pretty terrible. 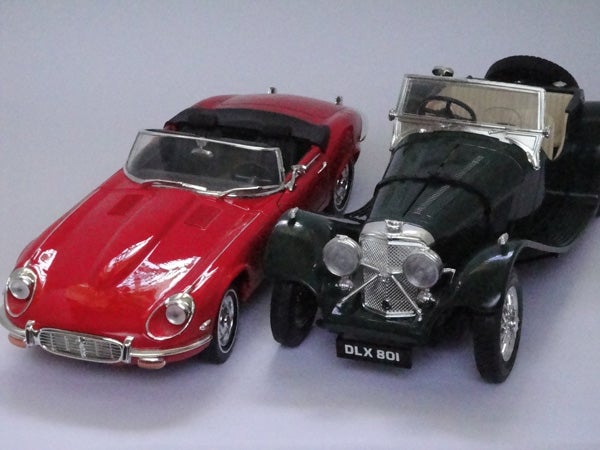 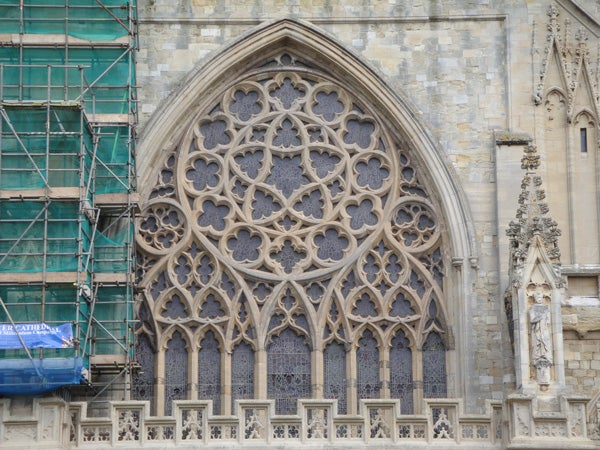 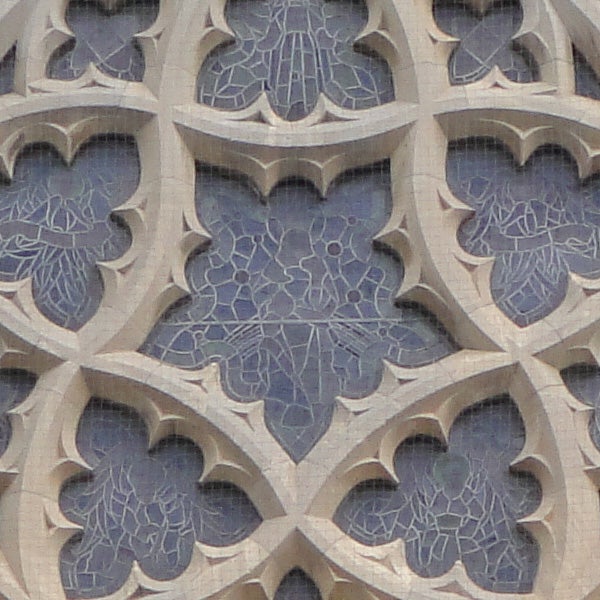 The T900 does take a better picture than the Samsung NV100HD but then it does cost over twice as much. 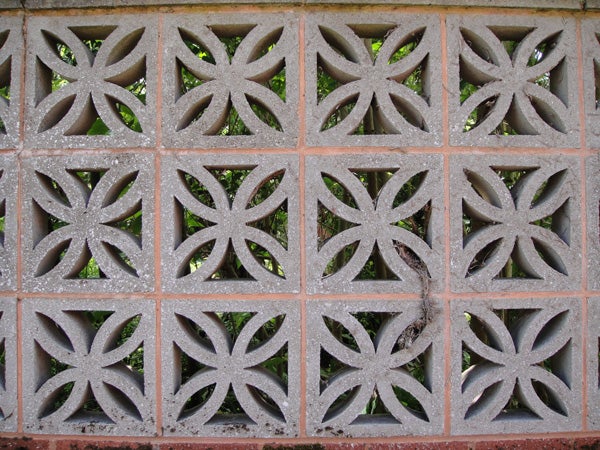 Even without any soert of electronic distortion control the Carl Zeiss lens performs well, with mimimal wide-angle distortion. 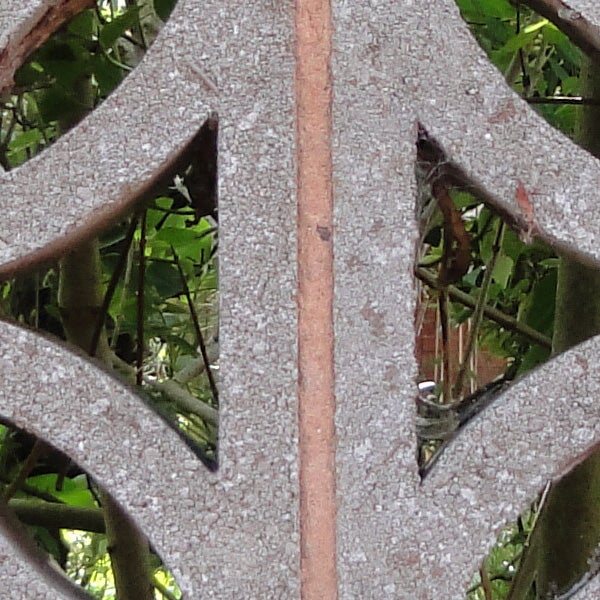 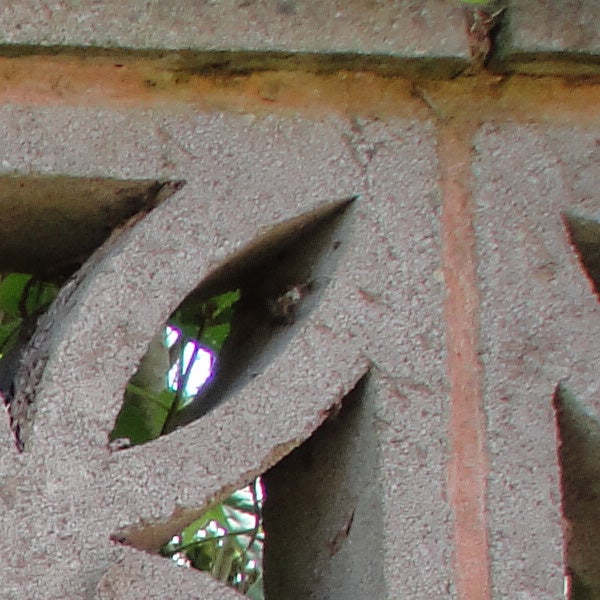 Corner sharpness is also excellent, with only a little chromatic aberration aroiund the highlight. 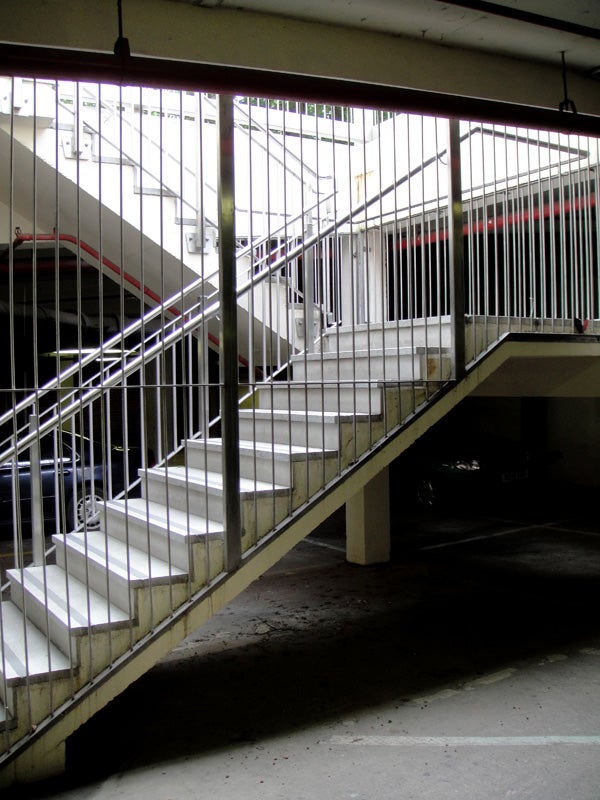 With the DRo feature turned off the shot lack dynamic range, with no shadow detail. 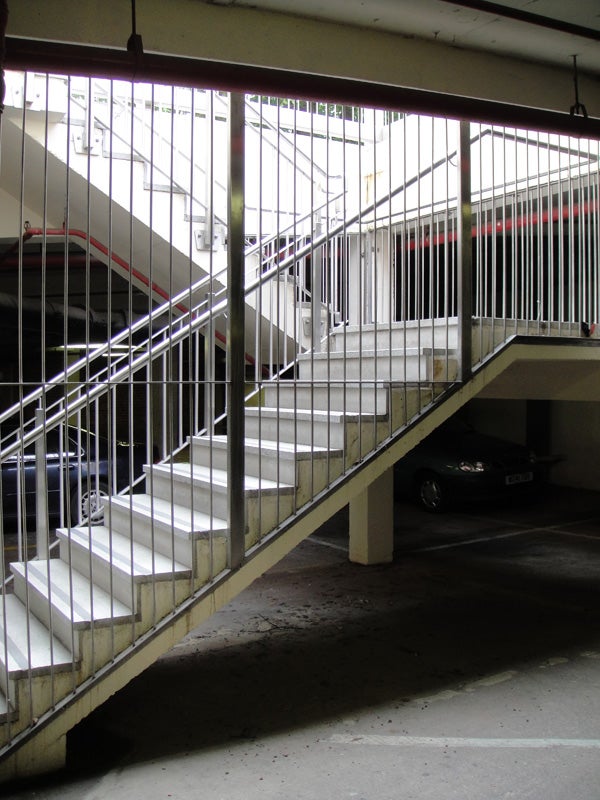 With the DRO turned on some shadow detail is returned. 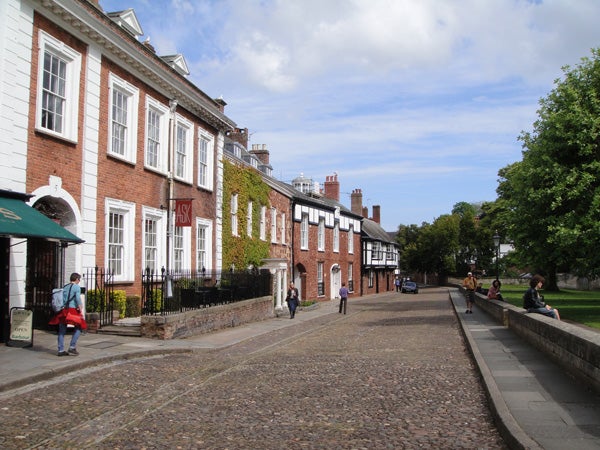 The wide angle end of the zoom range is 35mm. 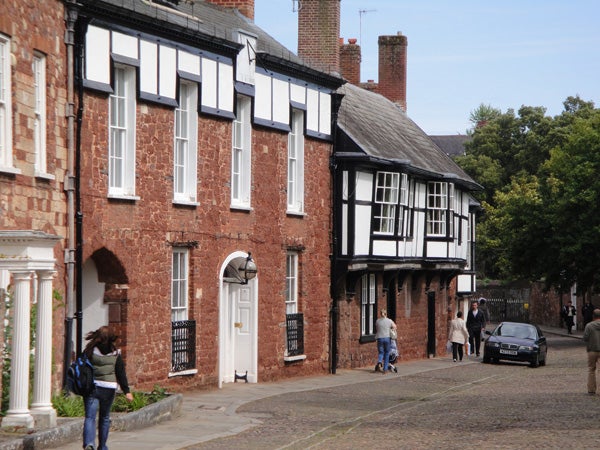 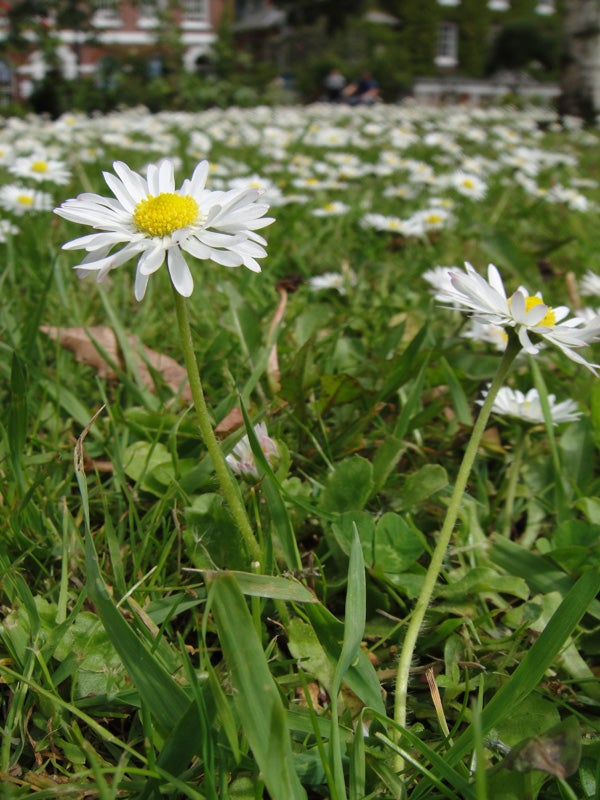