For the past nine years, the Canon Digital IXUS series (also known as ELPH and IXY in some territories) has been the benchmark for luxury ultra-compact digital cameras, combining elegant styling, superior build quality and the latest technology to produce a range of cameras that have kept Canon at or close to the top of a highly competitive market. Recent models such as the IXUS 870 IS and IXUS 85 IS have demonstrated that industry veterans Canon can match anything that relative newcomers such as Panasonic or Sony can produce. 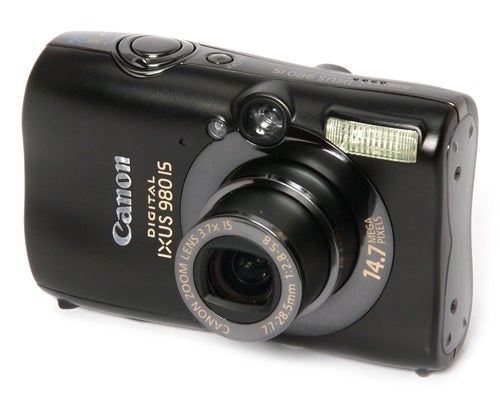 Canon has recently launched a number of new IXUS models which I hope to review very soon, but there is one important model from last autumn’s range that I haven’t yet looked at, so in response to numerous reader requests today I’m reviewing the IXUS 980 IS, still the most powerful – and most expensive – camera in the range. It’s a 14.7 megapixel ultra-compact featuring a 3.7x zoom lens, a 2.5-inch monitor and that rarest of features on a compact camera, an optical viewfinder. 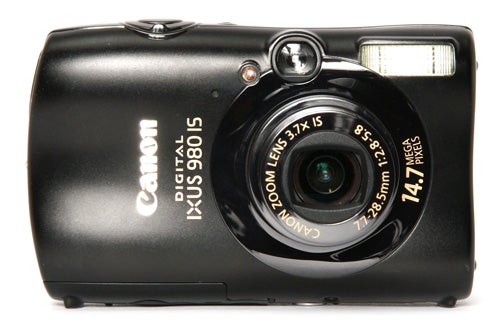 The first thing that stands out about the 980 IS is its unusual shape. Canon’s designers seem to have got bored with making plain rectangular cameras, and many recent models have experimented with soft curves and organic shapes. Some have been less than successful, particularly the 980’s immediate predecessor, the IXUS 970 IS, which had the handling characteristics of a well-worn bar of soap. Fortunately the curvy shape of the 980 IS is much easier to hold, and feels comfortable and secure in the hand.

Like all of the models in the IXUS range the build quality is exemplary. The body is all metal, the battery hatch has a strong metal hinge and closes securely, and the controls are solidly mounted, clearly labelled and easily accessible. The five-position main mode dial doubles as a thumb grip, and while the 980 still has that rotary bezel around the D-pad it seems to have been improved and is now much more responsive. The 980 IS is available in silver or the gorgeous matt black finish of my review sample. 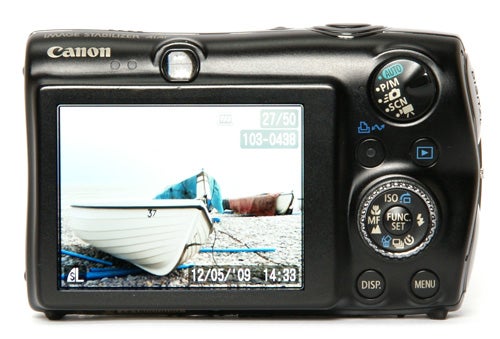 The 2.5-inch monitor screen is a little smaller than average, to make room for the viewfinder, but with 230k dot resolution it is very sharp. It is very bright with excellent contrast, and has an effective anti-glare coating for use in bright daylight. It also has a very wide angle of view in all directions.


Optical viewfinders are very rare on ultra-compact cameras; in fact Canon is the only manufacturer to routinely include them in the specification. The viewfinder on the 980 IS is very small and quite dim, has no dioptre correction and only has about 80 percent frame coverage, but there are many people who will buy the camera just for this feature. Personally I’d far rather use the monitor than such a fiddly finder.


The 980 IS has a wider range of features than most luxury compacts. It has four main still shooting modes; a full Auto mode in which only image size can be adjusted, a Program auto mode with a wider range of user options, and a manual exposure mode with a choice of minimum or maximum aperture and a full range of shutter speeds from 15 seconds to 1/1600th. It also has a Quick Shot mode, which is a bit unusual. The monitor is used for a quick menu system, meaning you have to aim using the viewfinder in this mode. It’s lees than ideal, because the glare from the monitor at close range is distracting. You can turn the monitor off, but that rather defeats the object of having the fixed quick menu. 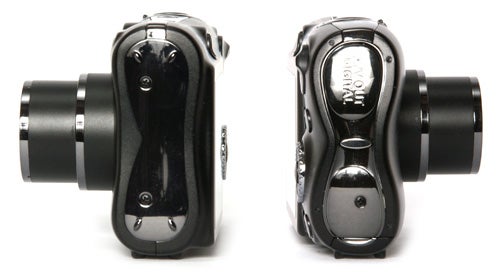 The 980’s other features are common to most of the IXUS range, including i-Contrast dynamic range enhancement, face detection with face self timer, an adjustable colour mode with contrast, saturation and sharpness control, and of course Canon’s excellent optical image stabilisation system. This is one of the best on the market, giving around three stops of extra stability.

The Canon IXUS range is well known for its excellent performance. The 980 IS starts up in approximately one and a half seconds, which is very fast, and shuts down again in about the same. In single-shot mode it has a shot-to-shot time of 1.6 seconds, which is also very fast, while in continuous shooting mode it can maintain 1.4 frames a second with audio cue and a view on the monitor too. Other manufacturers should take note; this is what a continuous shooting mode is supposed to look like. 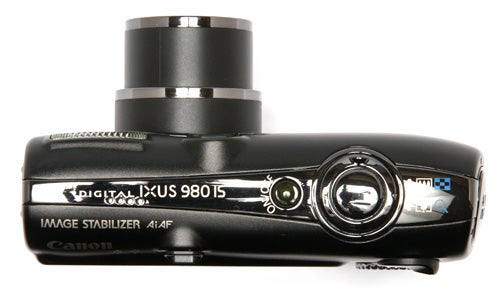 The autofocus system is also well up to Canon’s usual high standard, focusing quickly and accurately in almost all lighting conditions, although as usual the nine-zone automatic AiAF system has a mind of its own. The centre-zone AF option is a lot quicker and more reliable. The bright AF assist lamp has a range of several metres, but even beyond that the low-light focusing ability is excellent. The built-in flash is also very powerful, with a maximum range of over four metres, but is well metered and doesn’t over-expose closer subjects.


Picture quality is always Canon’s strong suit, and the 980 IS doesn’t disappoint. Instead of the current trend toward electronic distortion correction, Canon has chosen the better option of simply fitting a very high quality lens. It produces excellent edge-to-edge sharpness with minimal barrel distortion, and only a little blurring and chromatic aberration in the far corners of the frame. Colour reproduction is superb, and exposure metering is reliably accurate in most situations.


The 980 IS has a larger 1/1.7-inch sensor (7.6 x 5.7mm), rather than the tiny 1/2.3-inch sensors used by most of its rivals, and despite its huge pixel count image noise is well controlled, producing usable images even at the highest sensitivity setting, wisely limited to 1600 ISO in normal shooting, although 3200 ISO is available at 2MP. 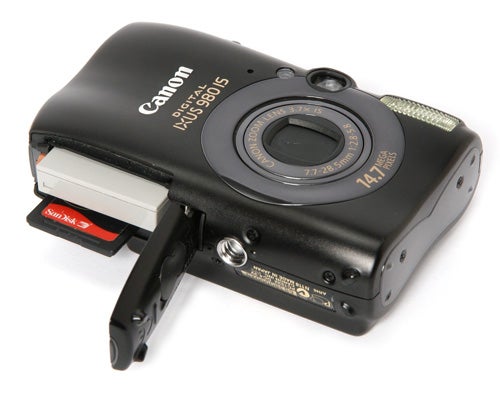 The only fly in the ointment is the poor dynamic range. Despite the larger sensor size the 980 has a real problem with high-contrast situations. The exposure meter does its best to avoid burned-out highlights, but as a result it sacrifices almost all shadow detail. The i-Contrast function helps a bit, but even that has its limits. However this is a problem that is common to over-powered compact camera sensors, and the 980 does cope better than some.

The Canon IXUS 980 IS exemplifies just why Canon is so highly regarded as a brand. It is a superb camera, built up to a standard rather than down to a price, combining stylish but functional design, superior build quality, class-leading performance, a useful and accessible range of features and outstanding picture quality. It is very expensive, but if you want top quality you have to pay for it.

”Over the next few pages we show a range of test shots. On this page the full size image at the minimum and maximum ISO settings have been reduced to let you see the full image, and a series of full resolution crops have taken from original images at a range of ISO settings to show the overall image quality. The pictures were taken outdoors in overcst daylight. ” 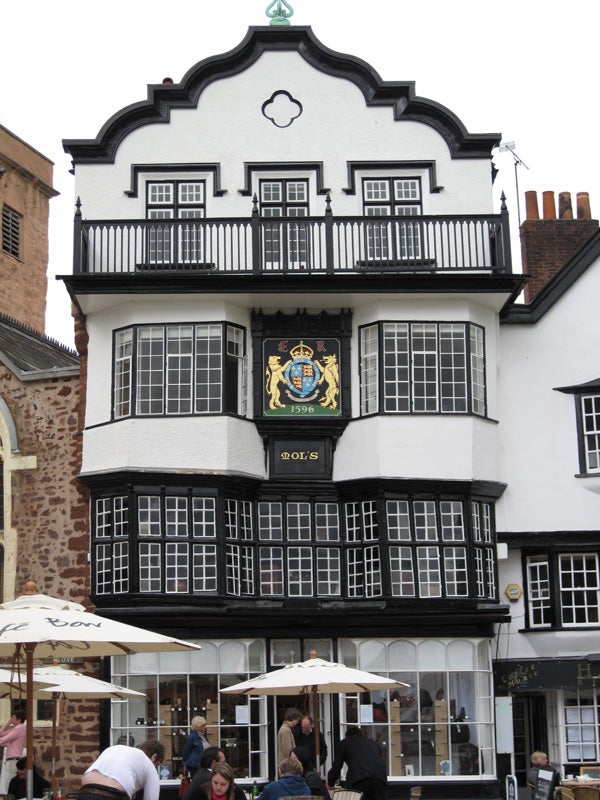 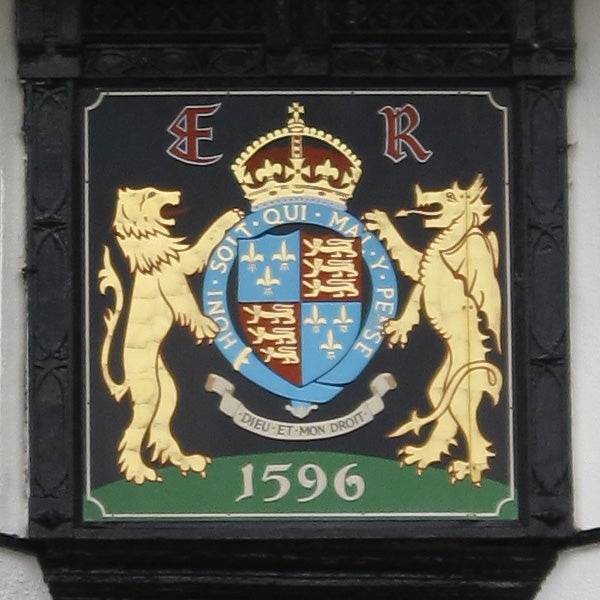 At 80 ISO the image is nice and clean with no noise. 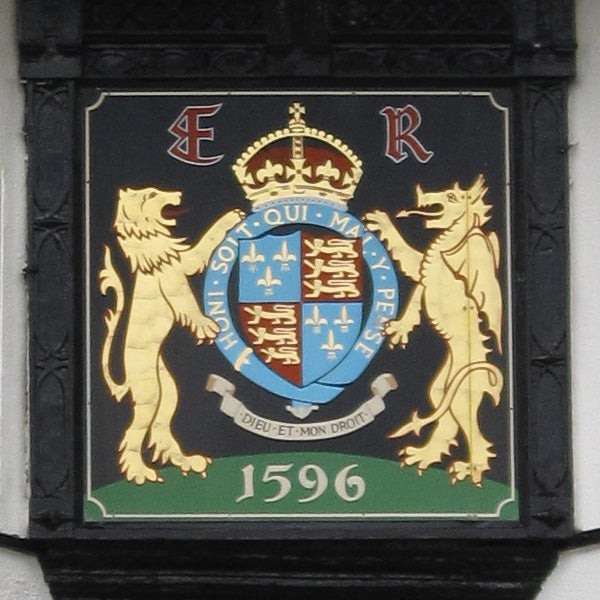 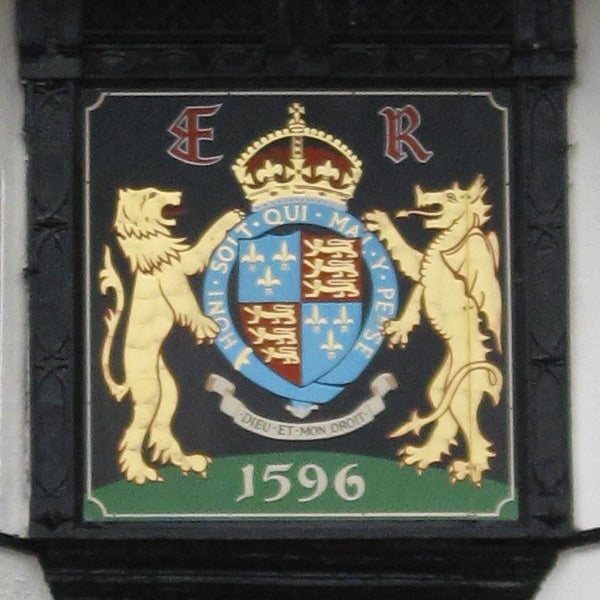 There is a little noise in the darker areas at 200 ISO, but it is well controlled. 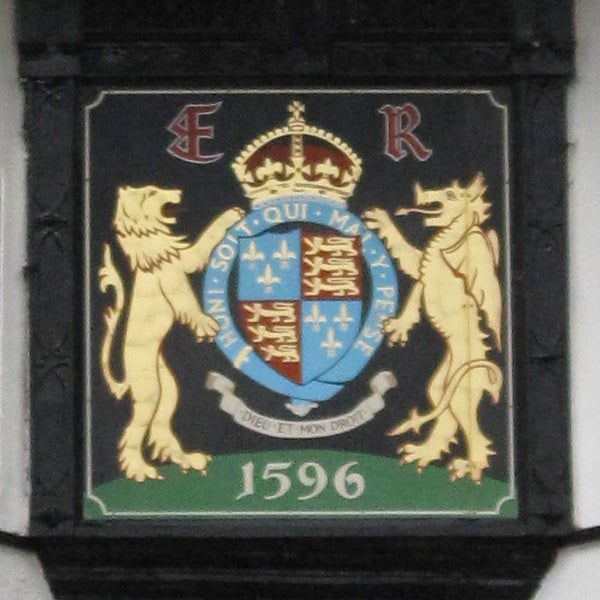 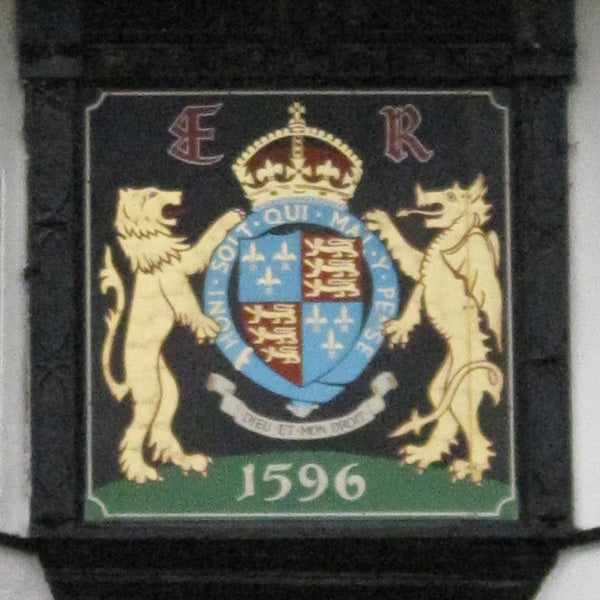 More noise at 800 ISO, but colour reproduction remains unaffected and there is still good detail. 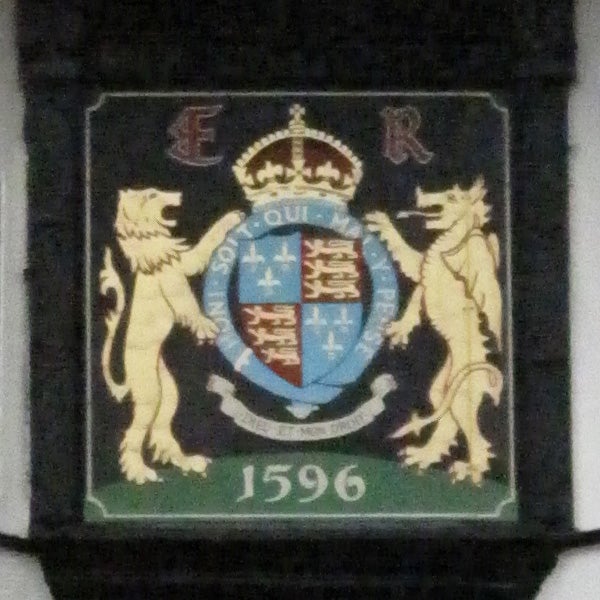 Detail is fading at 1600 ISO, but the image is still printable, which is impressive for a 14MP camera. 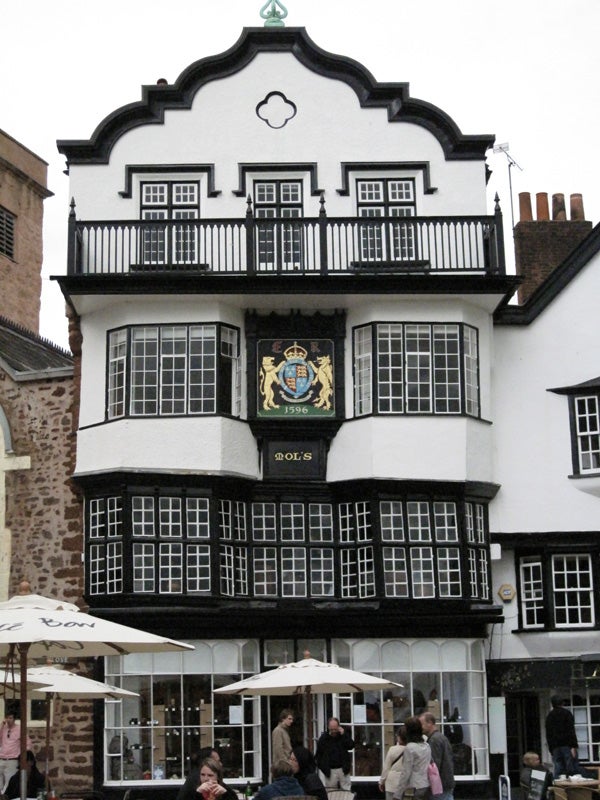 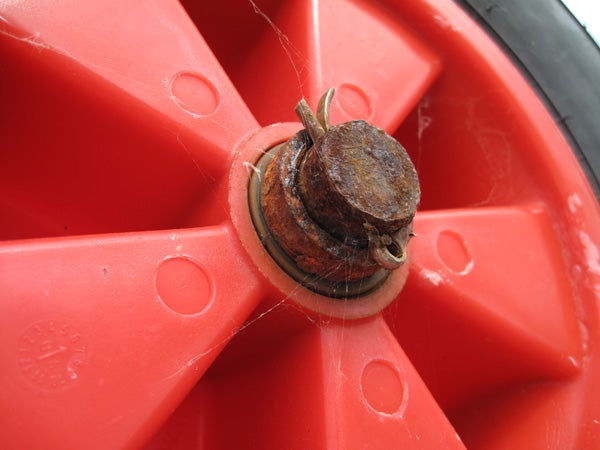 Unfortunately I don’t have my usual Cathedral window shot yet, but I will update with it tomorrow if it stops raining for ten minutes. 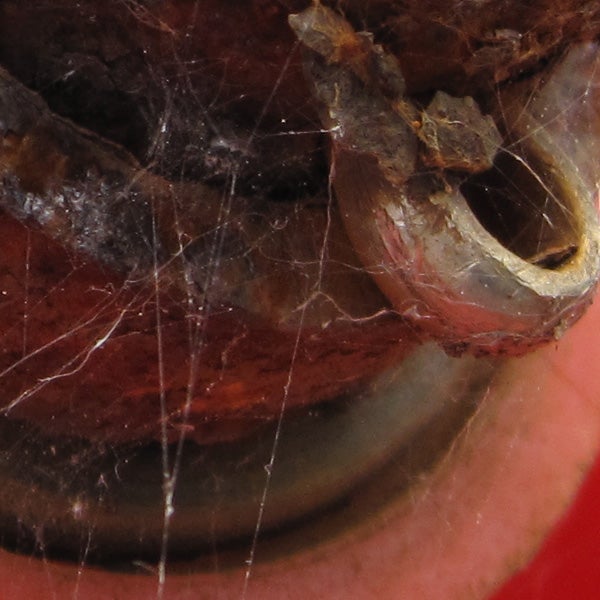 The high quality lens and 14.7MP sensor produce a huge amount of detail. 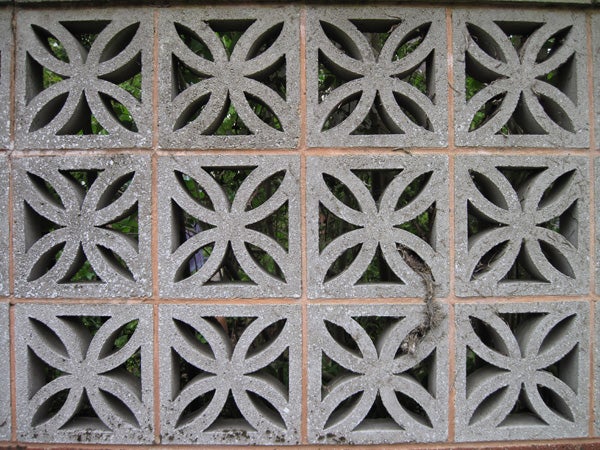 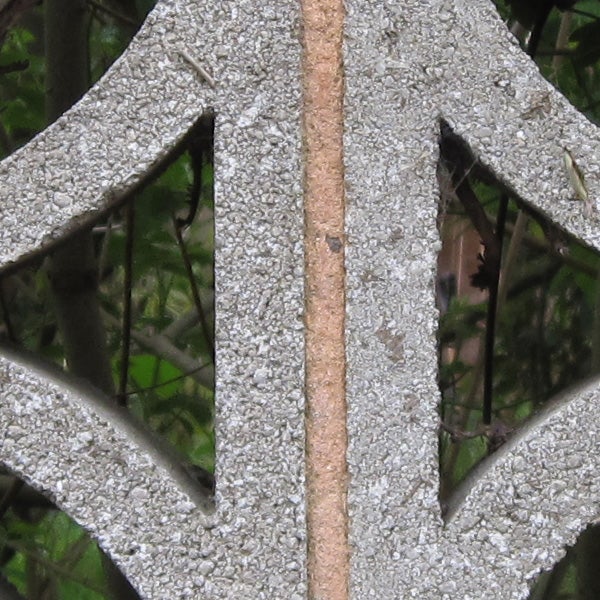 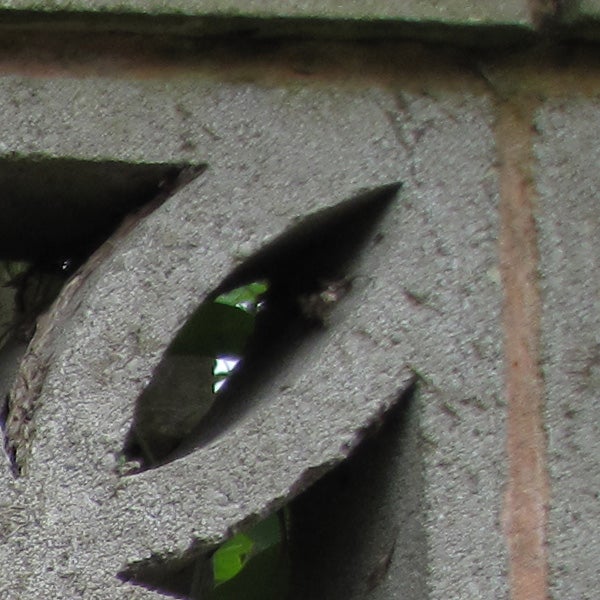 There is a little blurring and chromatic aberration, but only in the far corners of the frame. 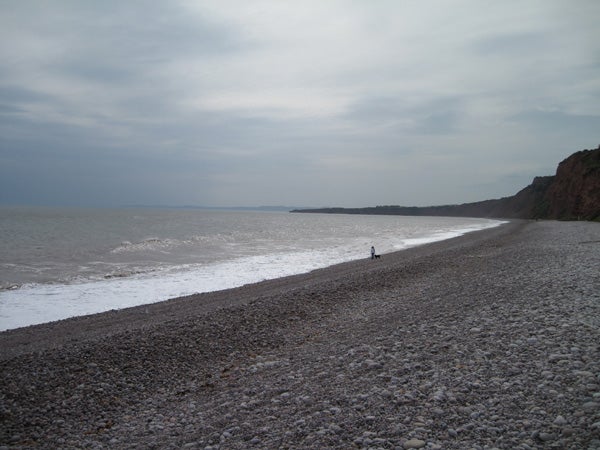 The wide angle end is equivalent to 36mm, about average for a pocket compact. 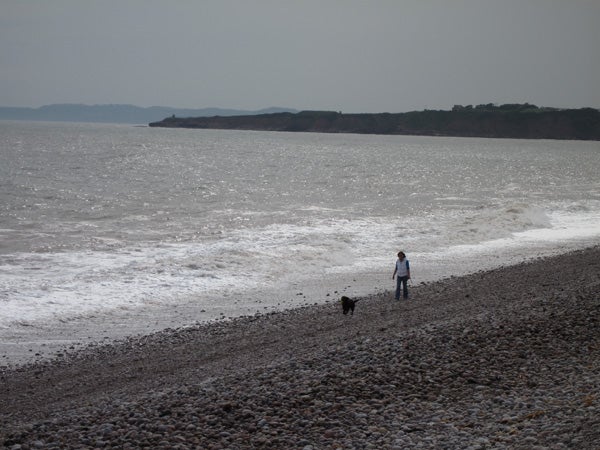 The telephoto end is equivalent to 133mm. 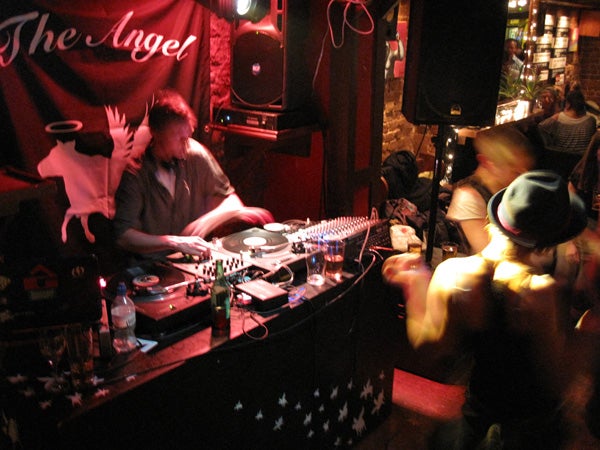 The 980 IS copes brilliantly in low light situations.