The Sony Braiva 40W905A is Sony’s flagship 40-inch TV for 2013, as it includes high-end features such as the brand’s Triluminos colour technology, 3D playback, an extensive collection of online video services, a long-duct audio system and high-level video processing. It’s part of the W9 series of TVs that’s also available as 46-inch and 55-inch sets. We’ve already reviewed the 55-inch Sony KDL-55W905A and it scored very well, so we have high hopes for the 40-inch version. 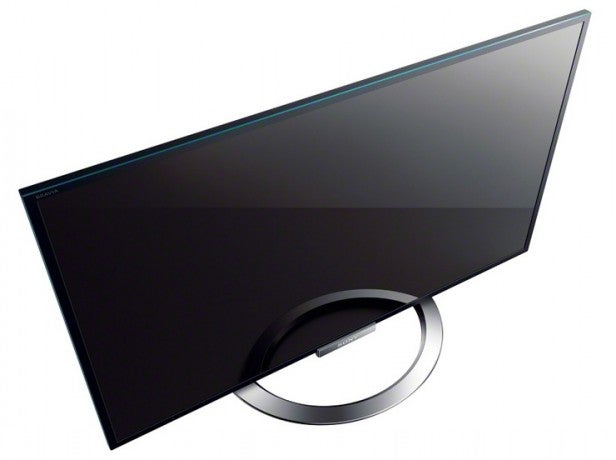 This is Sony’s slimmest TV to date, with a bezel only slightly wider
than 1cm across and a trim rear – except for a section along the set’s
bottom quarter that houses the long-duct speakers mentioned a moment
ago. These find Sony squeezing in a duct system behind the down-firing
speakers so that they have more ‘breathing room’ in which to deliver an
enhanced mid-range and bass response.

Some may find the black, rather muted finish of the Sony 40W905A’s bezel a little bland versus the more shouty looks of some of this year’s rival TVs. But Sony has added a sliver of style in the shape of a ‘Sense of Quartz’ turquoisy strip angled into the TV’s top edge, and partially satisfies today’s fancy for shiny stuff with a silver circular desktop stand and the rectangular Intelligent Centre (IC) box hanging from the TV’s bottom edge.

All told, it’s a stylish and classy design that we rather like.

Within the ‘IC’ block resides the chips for Sony’s latest X-Reality Pro video processing engine. This draws on a huge database of picture quality ‘scenarios’ already identified by Sony’s picture quality experts so that the TV can more efficiently recognise the picture traits of a particular source and apply a pre-prepared suite of picture settings to it.

The idea behind using such a database is that it enables the TV’s picture handling to react more quickly and thus more accurately and effectively to real-time changes in content.

Sony’s main technological innovation for the W905A series, though, is Triluminos. This is a different, more expensive-to-produce LED lighting system that boosts colour response by using ‘quantum dots’ as green and red colour filters in place of the usual system of blue LEDs coated with yellow phosphors. This should result in a purer and potentially more dynamic colour range than you get with normal LED lighting designs.

The Sony 40W905A is 3D capable, too, using the active (full HD) 3D system. Two pairs of active 3D glasses are included too, though it’s worth adding that you get four pairs of glasses with the 55-inch and 46-inch versions. 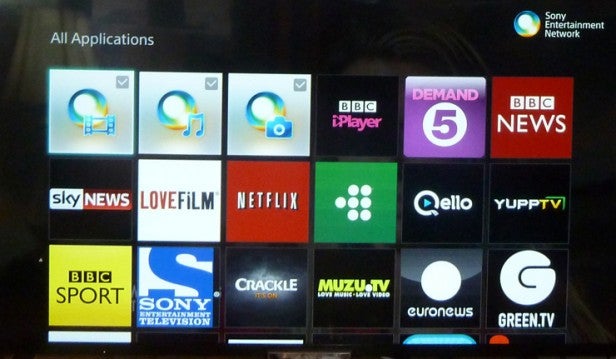 No self-respecting high-end TV for 2013 dare ship without both extensive multimedia support and some sort of online content platform. So it’s good to see the Sony 40W905A supporting playback of a wide range of video, photo and music file formats from networked DLNA PCs or inserted USB storage devices, as well as the Sony Entertainment Network (SEN) online platform.

We’ve covered the SEN system – and its attendant Android/iOS control app options – in-depth in our full Sony Smart TV review. But in summary, the platform is one of the strongest in the TV world when it comes to the amount of video content available, with highlights of Sony’s Video Unlimited platform, Netflix, Lovefilm, the BBC iPlayer, Sony’s TV World collection, and Demand 5.

It’s a little mystifying that Sony still hasn’t been able to add the ITV Player and 4oD to the catch-up TV list, but still the only brand with more to offer in video content terms is Samsung.

For us Sony could be doing more with its interface and secondary control apps to streamline content navigation. But despite this the SEN remains overall a superior Smart TV effort.

Used as the main TV for the review period
Tested for more than a week
Tested using industry calibrated tools, discs and with real world use
Tested with broadcast content (HD/SD), video streams and demo discs
Next
Setup and Picture Quality Review