If you’re still keen on 3D, the Sony KDL-40W905A is a good option. Its 3D pictures are bright and exceptionally colour-rich, and portray a good sense of depth thanks to high levels of detail courtesy of the active 3D system. There’s a little crosstalk, but it’s fairly mild, and the motion processing options that work so well with 2D also help dodge the judder problems often witnessed with 3D on other TVs.

The biggest complaint that could be levelled at the 40W905A’s 3D performance is that 40-inch is a slightly small screen in which to do 3D sources justice. Certainly 3D has a markedly more immersive impact on the Sony Bravia 55W905A.

Sonically the Sony 40W905A is good. It uses the same long-duct speaker system as its larger 55-inch sibling, so that the sound from the speakers has some room to expand and breathe, leading to  enhanced bass handling.

The system didn’t impress us as much on the Sony 40W905A as it did on the Sony 55W905A for the simple reason that since reviewing the 55W905A we’ve had our audio expectations shifted by the stunning audio performance of the Sony 65X9005A 4K TV. But compared against most rivals it’s still a fine audio effort that actually works best at high volumes.

Many of our readers will likely be keen on using the 40W905A as a gaming monitor from time to time. If that’s you, then you’ll be seriously happy to learn that its input lag is outstandingly low at barely 10ms. This is as low a figure as we’ve ever seen on a 40-inch TV, and essentially means there’s no delay between the TV receiving and then rendering input sources. So if you suck at COD, it’s all your fault… 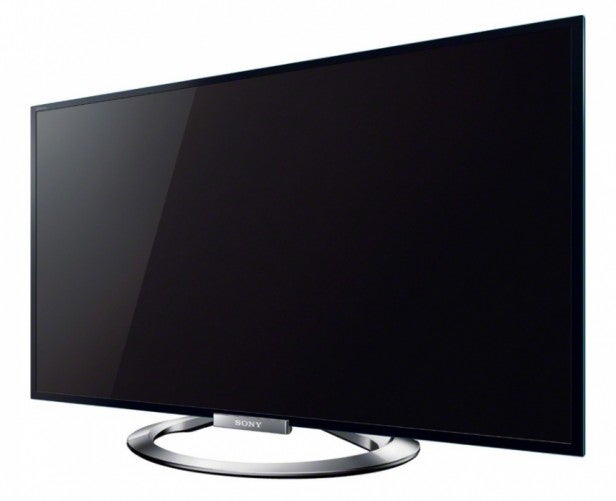 While the slightly more noticeable viewing angle limitation and reduced 3D impact are enough to make us suggest that you try and go for the Sony B55W905A if your finances can stretch to it, the Sony 40W905A is as good a 40-inch TV as you can buy right now.

The strongest competition has to be the Panasonic TX-P42GT60 plasma, with its outstanding contrast performance and easy to use smart TV interface, and the Samsung UE40F8000, with its luxurious design and uniquely well-populated and richly featured smart TV online platform.

Sony has built on the TV successes of 2012 in fine style with the 40W905A. There’s some strong competition out there for sure, but even so the 40W905A scores enough hits in enough places to at least make a case for it being the strongest 40-inch TV in town right now.