When Sega started to say that Sonic Mania was going to be a return to form for the series, understandably a lot of people were sceptical. That line has been spun so many times it’s become impossible to believe, and how the latest outing for the hedgehog would turn out was anyone’s guess. Wonderfully, however, there’s finally a lot of truth behind these words.

Feeling very much like it fell out of 1991, Sonic Mania really does remember what made the franchise so good to begin with and hammers that idea home. Throughout the years there’s been all manner of tweaks to try and make the concept work for the modern day, but the reality is Sega hit it out of the park on its first attempt and that’s all they ever needed to do.

This means the real joy here is just how fast the damned thing is. With intelligently designed levels that allow you to go at super speeds while also feeling very much in control, it’s precision and instinctive gaming done right. You may feel as if Sonic Mania is playing itself, but even a moment of lapsed concentration can cost you dearly. The thrill of having to have your wits about you at all times is fantastic. 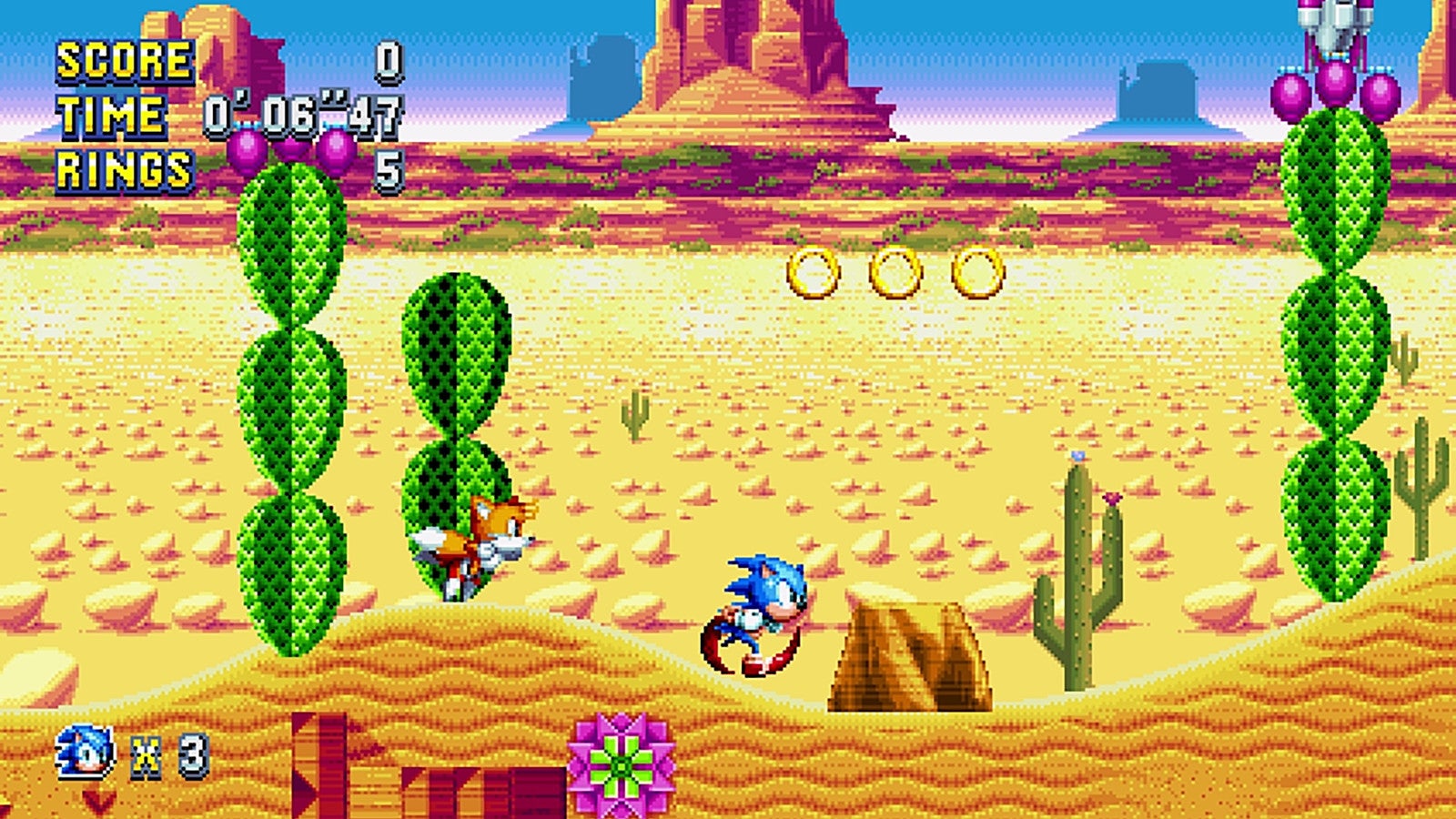 A large reason this works so well is because these stages have been thought out to the nth degree. You’re always going to want to rocket through them at first because that’s what Sonic is all about, but should you take your foot off the pedal, there’s an abundance of secrets and hidden areas to discover.

Naturally this doesn’t change the game’s flow too much, because you’re still a blue hedgehog that’s careering into enemies at a blistering pace, but knowing you can take it easy and be greeted with a brand new path is just a nice bonus. You can go through levels over and over again, should you want to, and by and large there’s probably always going to be something new to stumble across. It’s very well conceived.

Sonic Mania makes sure it builds to such highs, however, meaning when you first begin, there’s every chance you convince yourself you’ve actually dusted off your old Mega Drive. As if almost to wave the success flag from the off, developers Headcannon and PagodaWest Games have structured progression almost perfectly. You’ll be won over within minutes, and then just fall head over heels with all the new additions that have made their way in. 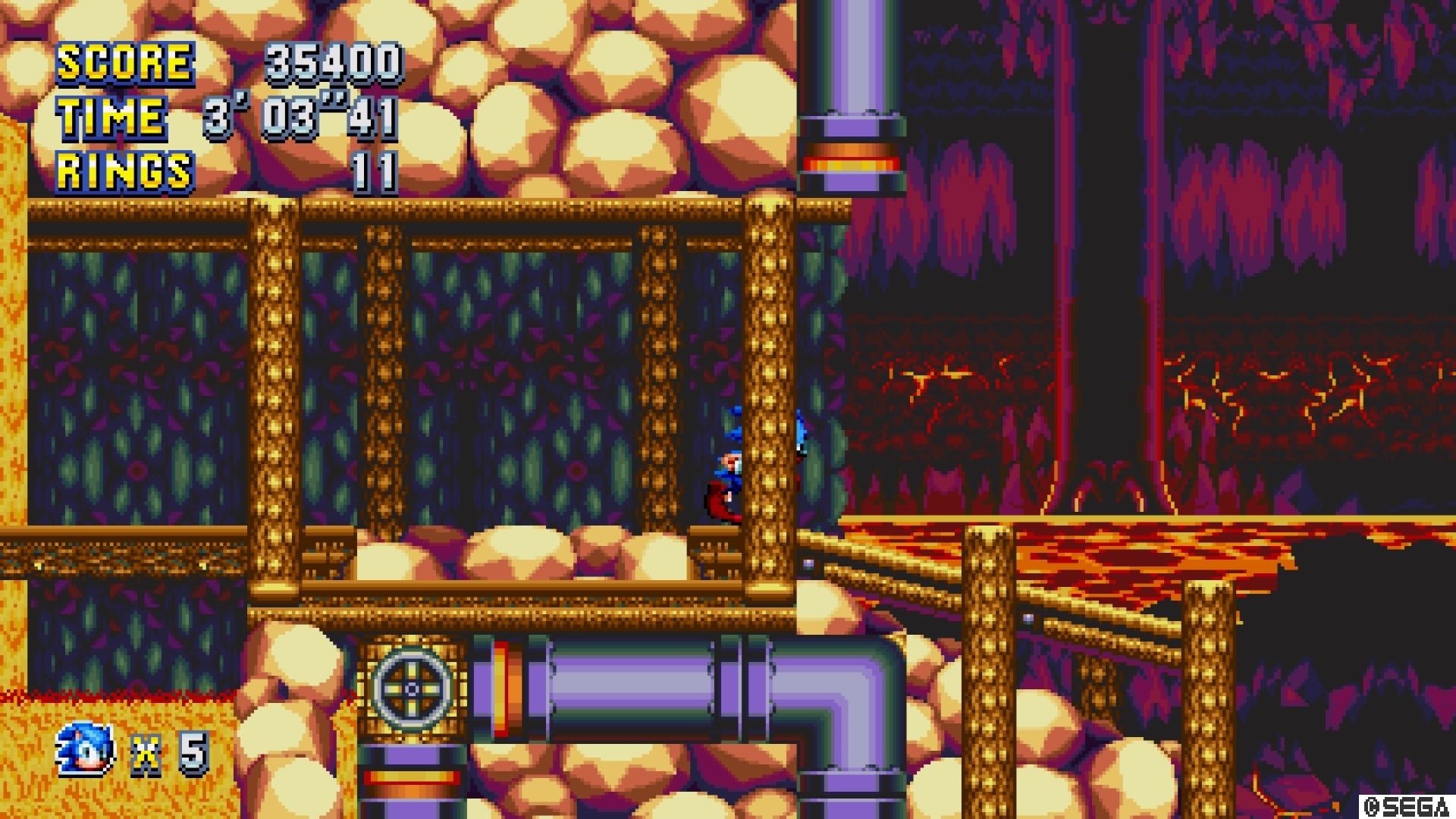 This is the point, though, and from top to bottom Sonic’s 2017 return never goes far away from what brought it to the dance over 25 years ago. Such logic is true with boss battles, too, where once again you’ll be hopping on a lot of heads in order to defeat them and move on.

That would have been fine as well, but to set this apart and give it a unique feel, the brains behind it have gone to town in terms of creativity. There are some end of stage fights that are utterly unique, including the highlight of them all where you take on Doctor Eggman in a game of Dr. Robotnik’s Mean Bean Machine, or Puyo Puyo if you’re a traditionalist.

It ensures Sonic Mania never feels boring and continues to keep you smiling, and by and large it keeps that up throughout. Throw in that it looks great as well by replicating the aesthetic we all know and love, and this is easily the best entry in the series in years, and not just because a lot of the other ones were so bad. 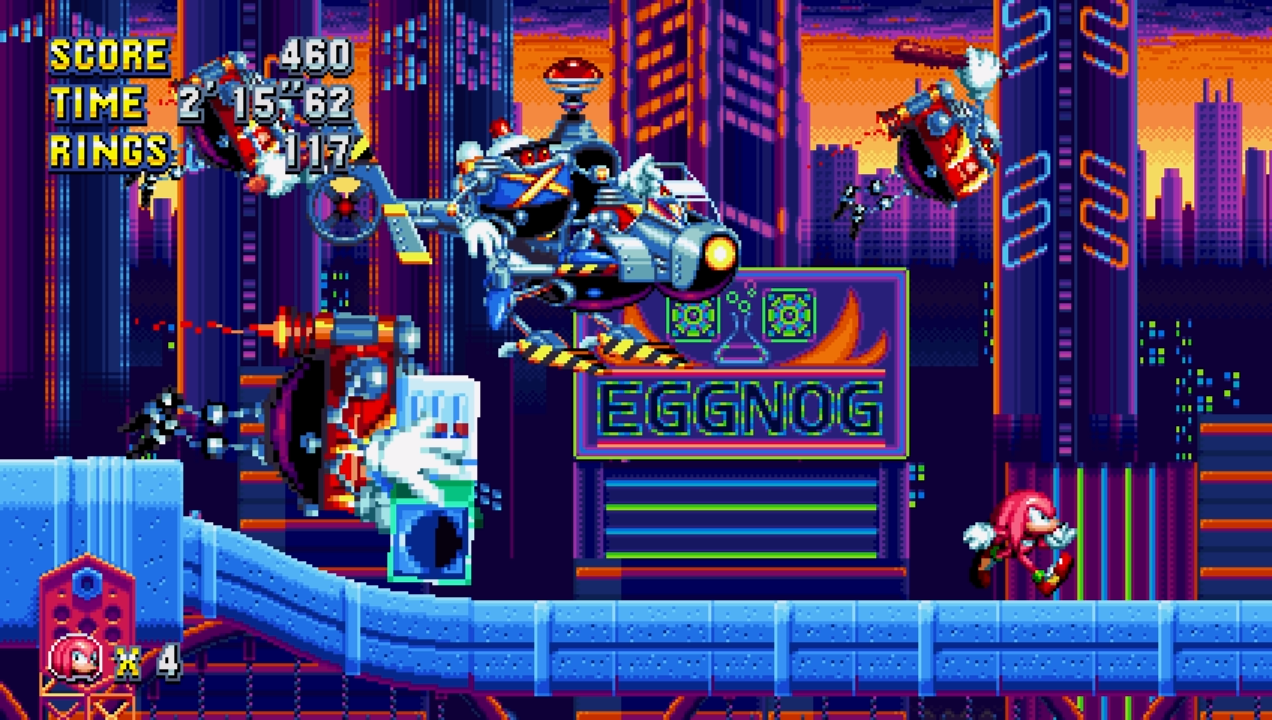 Admittedly there are some areas where the difficulty spikes a little too much and can be wildly unforgiving, and how someone brand new to this concept will fare with it is up for debate. The idea of a 2D side-scrolling platformer isn’t that alien today, but there’s little doubt who this is aimed at: Sonic fans that have been waiting far too long for a title that they can finally enjoy. This is surely that.

Ultimately, despite all the werehogs, shifts to 3D, bizarre cutscenes where Sonic kissed a girl and manner of nonsense that’s fallen our way since the early nineties, Sega’s original mascot shines when the format is kept simple and focuses on what it did so well so long ago. If this isn’t proof of that I don’t know what is, and sticking to such plans going forward is only going to appease everyone involved. This is what the people want.

If you’ve been waiting for Sonic to become relevant for some time, you don’t have to wait anymore. Mania has righted all those wrongs and then some.

Sonic Mania is the best game in the franchise for years and reminds you why he managed to hit such heights to begin with.