I loved Agents of Mayhem for its first hour. Its impressive visual style combined with solid combat and a wonderfully diverse cast of characters meant the game was full of promise. Unfortunately, it soon became apparent that everything the game has to offer is encapsulated within that first hour, and as a result, the experience quickly grows stale and repetitive. Much like lead Agent Hollywood, this game runs out of lines long before the credits roll.

There are many things Agents of Mayhem does right, however, with its wonderful group of playable characters being easily its greatest feature. There are 12 playable characters in all, and each feels unique, with a different gameplay style, excellent voice acting and great looks. They’re as memorable as the lineups you’ll see in the likes of Overwatch and other MOBAs. I thoroughly enjoyed running around Seoul as Hollywood – my favourite player in the game, and one who never came out of my three-man rotation – causing as much havoc as possible. As you can imagine, the behaviour of the agents is more Team America than Greenpeace.

It made me want to unlock them all in the game’s side missions. I wanted to get to know each of them, whether it be all-star roller derby skater Daisy’s badass attitude, or Gat’s cocky arrogance or even Rama’s incredible ability with a bow. I was constantly switching up the characters in my squad. 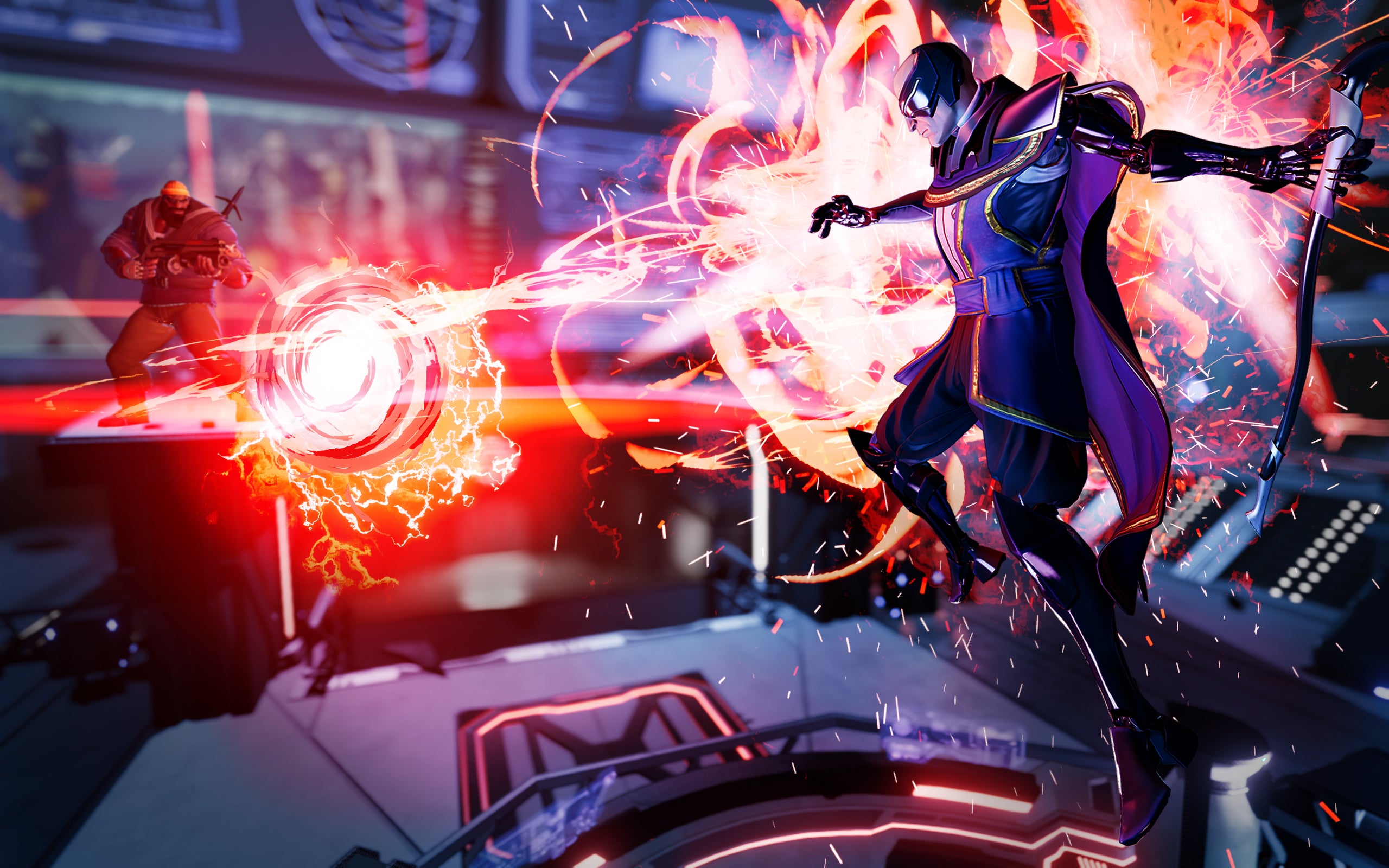 What helps develop the characters further is the specialist mission that each is given to be battled solo. The presentation of these missions is excellent, with an animated cartoon at the beginning providing depth to the scenario and the agent in question, before diving deep into the action.

Their diversity in combat also helps to retain interest for a while. Capitalising on their strengths to take down enemy weakness becomes a key part of the battles. Using Hollywood’s armour-piercing bullets to take down enemy shields, before switching to Kingpin or Scheherazade to deliver damage up-close, then swapping to Rama to flee the scene and pick off enemies from a distance, certainly helps vary up battles. Enemy types also become more varied as you progress through the game, keeping combat strategy fresh and interesting.

As with most open-world games, you’ll be collecting more gizmos and widgets than you’ll care to name, but the interesting part comes in schematics for new vehicles and also Gremlin and Legion Tech. As well as upgrading characters with new abilities, you can also get boosters to use at any time in fights. These become vital as the difficulty ramps up, and I can use a Mulligan to revive my entire team (the only other way to revive dead teammates is by picking up a randomly dropped fleur from defeated enemies, which happens far too infrequently), or call in an army of doves to kill swarming baddies. It adds to the character of the game and also creates depth to the world. 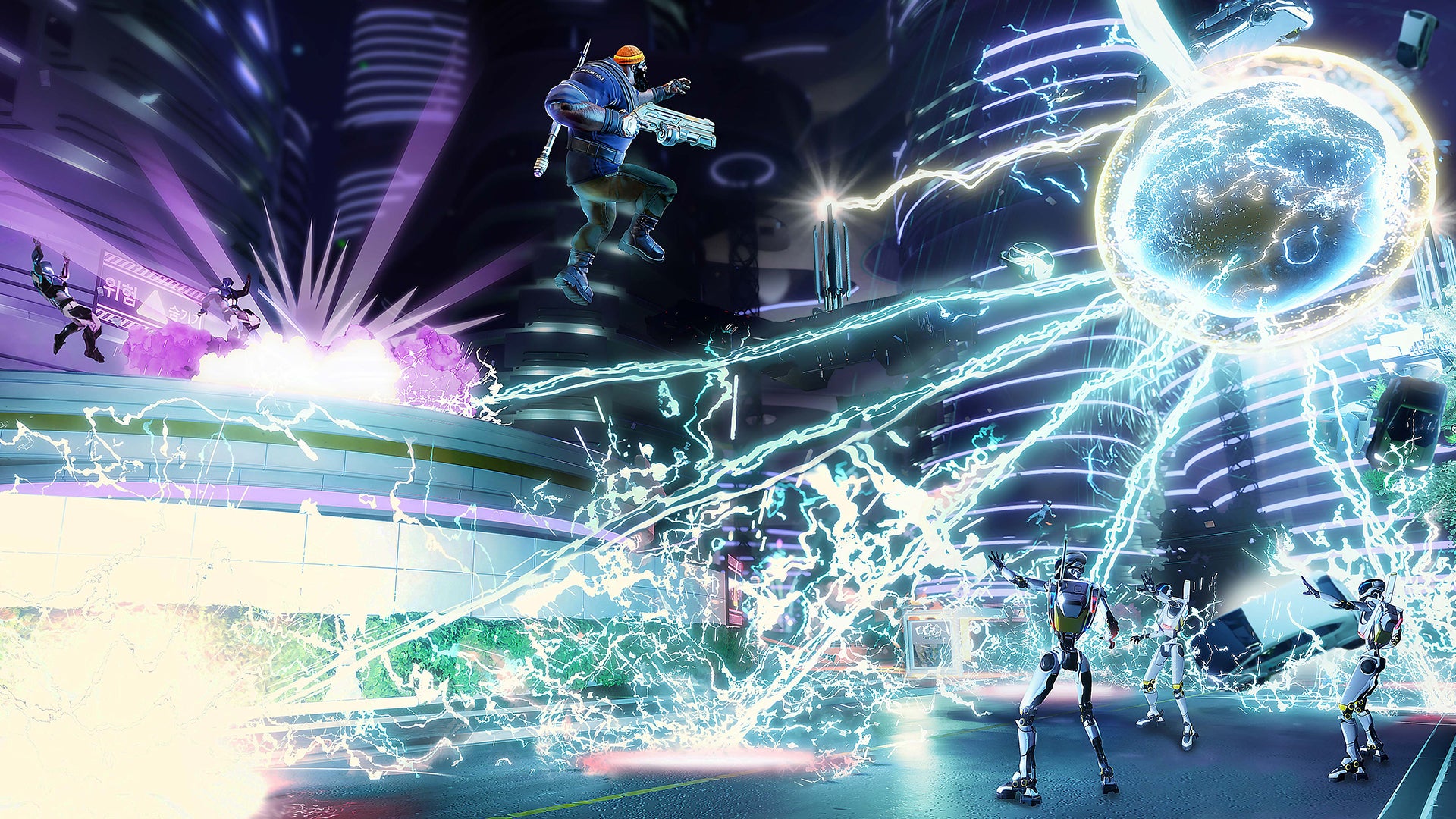 With all the RPG elements on top of the core combat, you’d think there’d be a great experience on offer. Unfortunately, everything that goes on around the agents themselves simply doesn’t match up.

While the game presents a gorgeous cel-shaded visual style, the world design is bland and uninspired. Seoul’s neo-futuristic look quickly wears thin when most of the areas are boring to look at. Plus, the actual world of Seoul is so small, the only reason buildings become memorable is through sheer repetition of seeing them.

In fact, repetition is the major downfall of Agents of Mayhem across the board. To unlock new agents, you must complete a mission in which you take out a Legion lair. You must also take out lairs in other missions, and after completing three of them, they all feel pretty much identical. Every room feels familiar, and it reached the point where I became convinced that certain rooms were literally copied and pasted from ones I’d encountered only 20 minutes before. 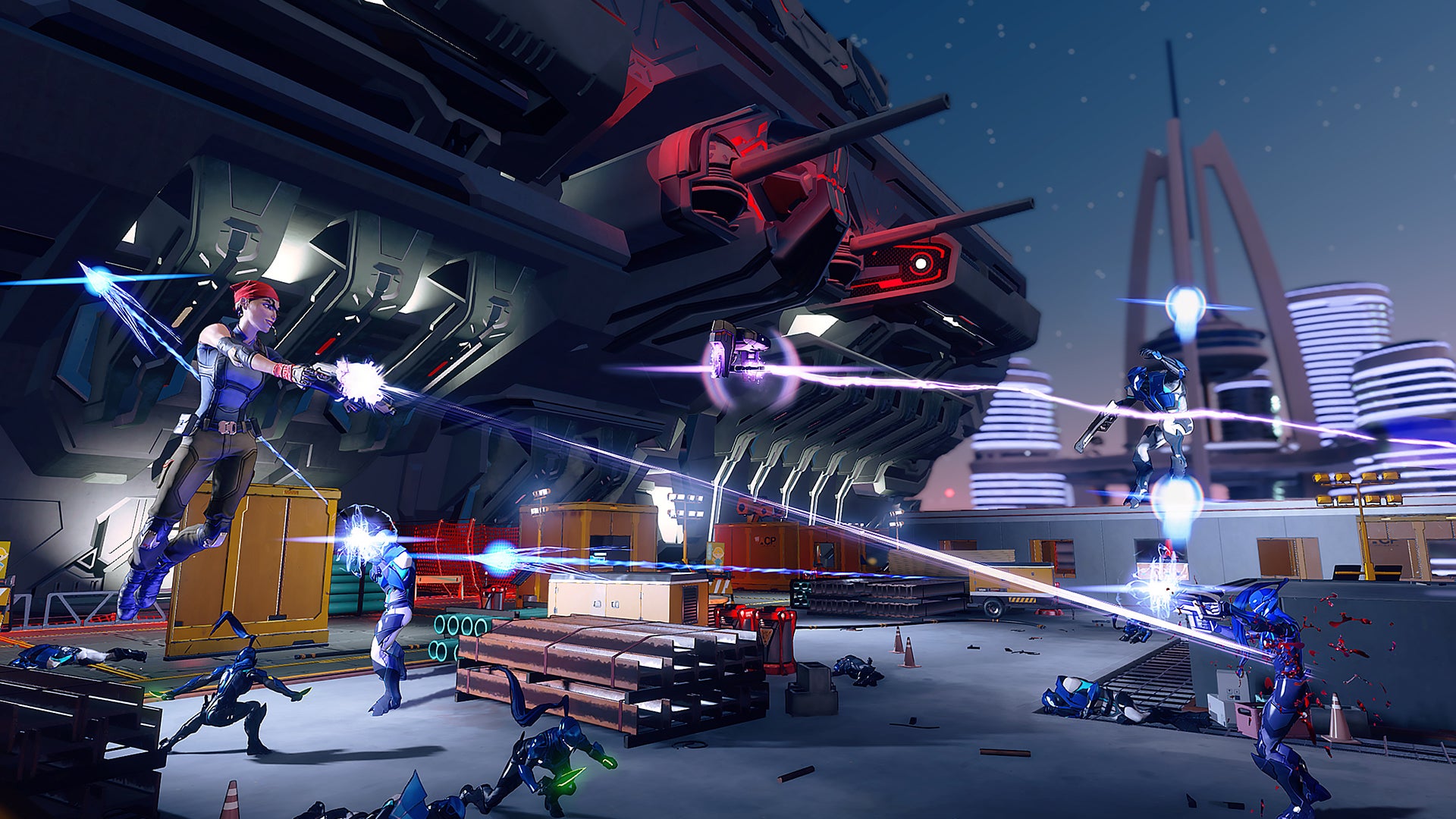 This feeling of repetition bleeds over into main missions, too, where I began doing the same dull hacking mini-game on terminals at every turn, fighting in the same locations and doing the same drives to (literally) the same hotspots for a set-piece showdown. Aside from the few interesting boss fights, Agents eventually grinds you down to become almost passive in the experience, working on muscle memory alone because you’re repeating the same actions constantly.

The game even forces you to repeatedly complete activities in the world, as enemies “reclaim” locations you’ve taken down, masking the padding of the experience, but further adding to the repetition.

Compared to open-world rivals such as GTA, Assassin’s Creed or The Witcher, there’s simply far too little to do in this world – and what little you’re asked to do, you’re asked to do so much it becomes bland and uninteresting.

None of this is helped by the performance issues I experienced. At preview I experienced frequent frame rate drops, and while nowhere near as frequent, they still happen now when the action gets too hectic. I also came across bugs that forced me to restart the game, such as reticules not leaving the screen, or enemies being stuck in boxes, which meant I couldn’t kill them to complete an objective. 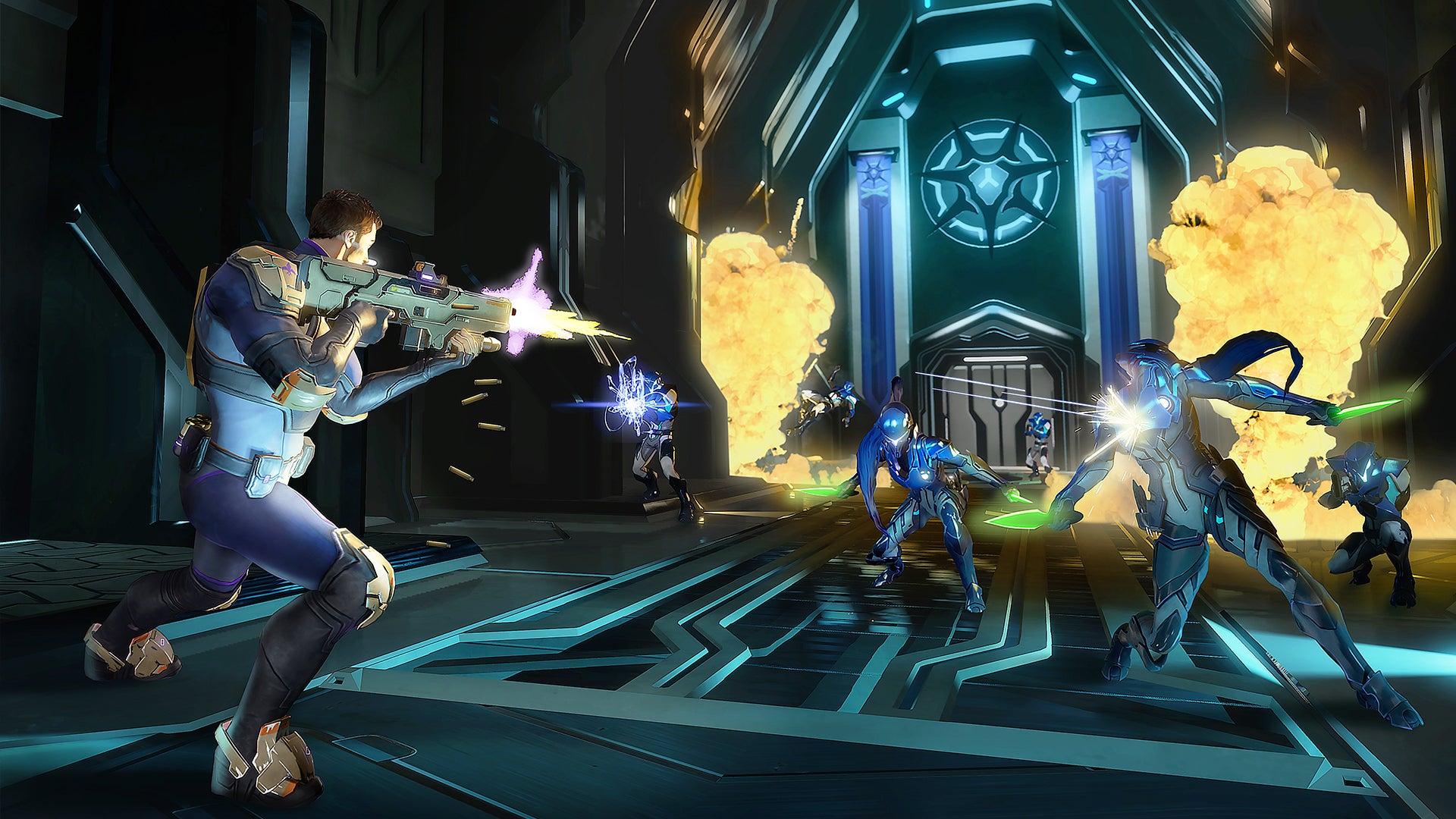 Agents of Mayhem would have been a great rental in days gone by, but today it’s an experience that’s great for a a short while, but doesn’t offer enough to keep players invested for the duration of the campaign.

I hope Volition does something with these heroes, though, as they’re truly great. I just hope they’re wrapped up in a more fulfilling experience on par with rivals in the genre on their next outing.