The FLOW II establish Cleer Audio as a brand worth taking notice of with an impressive performance. Sound quality is impressively clear and articulate, noise cancellation is excellent and the feature set - including built-in Google Assistant - is good for the price. They’re not perfect, but they’re a great shout for a pair of noise-cancellers south of £300

Cleer Audio are relative newborns in the audio market being founded in 2012, but they’re not novices. In their ranks are ex-Sony and Harman Kardon/AKG staff, so they have pedigree in the audio department, and you can’t get anywhere in the headphone market without good sound.

There’s more than a whiff of Sony’s award-winning WH-1000XM3 headphones, with the FLOW II employing the same noise-cancelling chip.

But that’s not to say that the FLOW II are mere Sony imitators. They’ve gone down their own path in some areas, and if the performance of the FLOW II is any indication, they’re a brand worth keeping an eye on.

The FLOW II came to the UK market late 2019/early 2020 and had an RRP of £249. In the US the price is $199. The UK price has dropped to £199 (or £149, depending on where you look) and they are available online from Richer Sounds and Hifi Headphones. In ‘Bricks ‘n’ Mortar’ stores, the FLOW II are stocked at the likes of Harrods and Selfridges.

The FLOW II stands out from other cans with giant earcups and a flashy petal design. There’s also no escaping the fact that they’re carrying a bit of bulk too. They make the wearer look like one of the Cybermen from Doctor Who.

At 327g, they weigh more than the B&W PX7, but thanks to the plush underside of the headband they don’t weigh on the head. The clamping force is tight enough, though overall build quality could be better. There’s not a great deal of flex in the headband, which leads to some less than reassuring cricks and creaks from the frame. 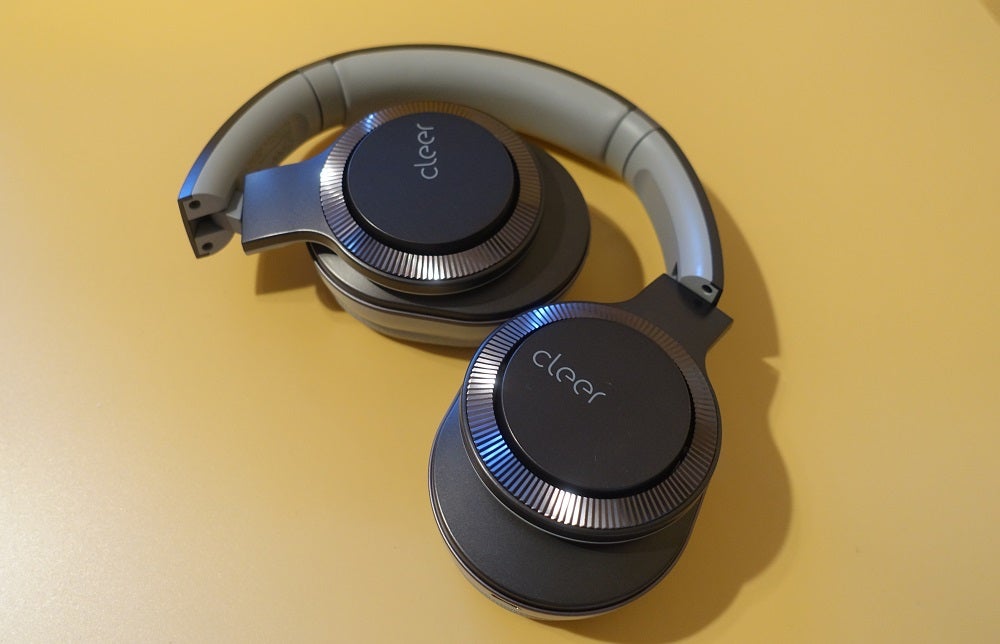 The design of the headphones aren’t the best for mammoth sessions, either. Several times I’ve felt minor discomfort below the earlobe, but the more I’ve used them the more I’ve become accustomed to the fit. Others may feel different.

Available in two finishes (gunmetal and light metallic), the FLOW II are simultaneously eye-catching and understated. I find the ring petal effect on the ostentatious side, but they may fare better with those who like their headphones to have personality. In a market where the majority of headphones can look similar, the FLOW II do their damnedest to liven things up.

Placed on the left earcup are the multi-function touchpad as well as buttons for power, ANC and Google Assistant. The layout is well-thought out and accessible by hand, with GA and ANC buttons easily identifiable thanks to little tabs. Also on the left-hand side is a 3.5mm jack, with a USB-C connector on the right.

The headphones can be folded flat or inwards for carry in a hard case. Inside the case are accessories such as 3.5mm and USB-C cable plus an adapter for airplanes.

The FLOW II’s feature list is pretty comprehensive. Most will be familiar, but one is unique to Cleer.

The FLOW II uses Ironless drivers (40mm), which is made up of 20 layered, magnesium magnets positioned within the driver’s diaphragm that convert the incoming signal into sound. Cleer has cottoned on to something here, with less distortion apparent than other headphones I’ve tested recently. 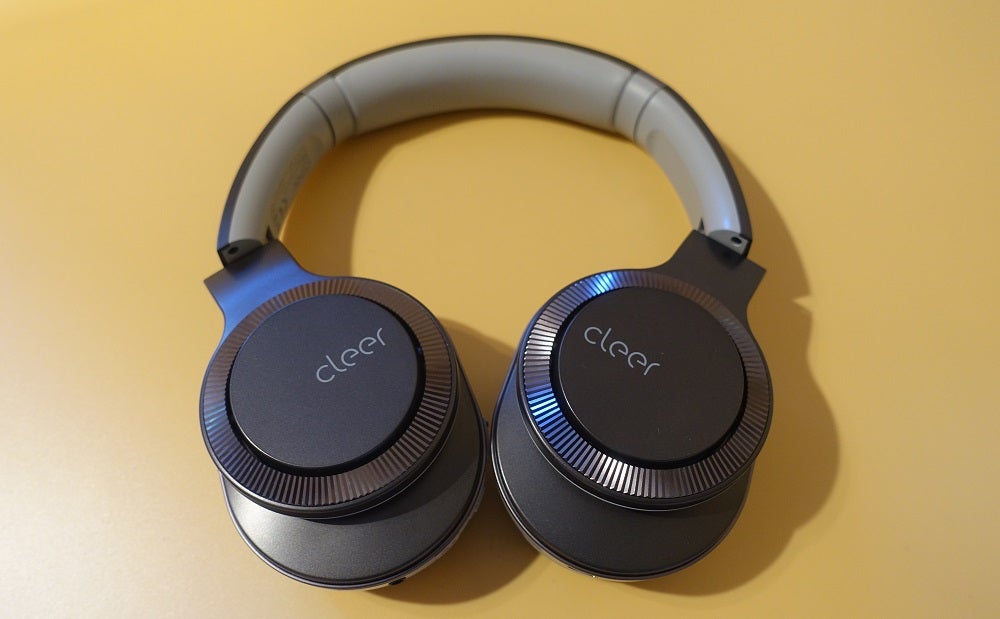 On the left earcup is the multi-function touch pad. A swipe up or down changes volume; double tap initiates play and pause, while swiping across skips forward or back. If you’re handling a phone call a press on the touchpad answers or rejects calls. It’s all very responsive and I’ve not encountered an issue operating it in the time I’ve had the FLOW II.

If Google Assistant is installed it’ll detect and connect to the FLOW II once the GA app is opened. The microphones will key in on your voice when you press and hold the Google Assistant button to ask questions (press once to fetch GA). The implementation is fine, but GA isn’t always the fastest when responding to a query.

The noise-cancelling chip is Sony’s HD Noise Cancelling Processor QN1. Having worn them on two plane trips and around both London and Glasgow, the amount of noise reduced is excellent, leaving me blissfully unaware of my surroundings. 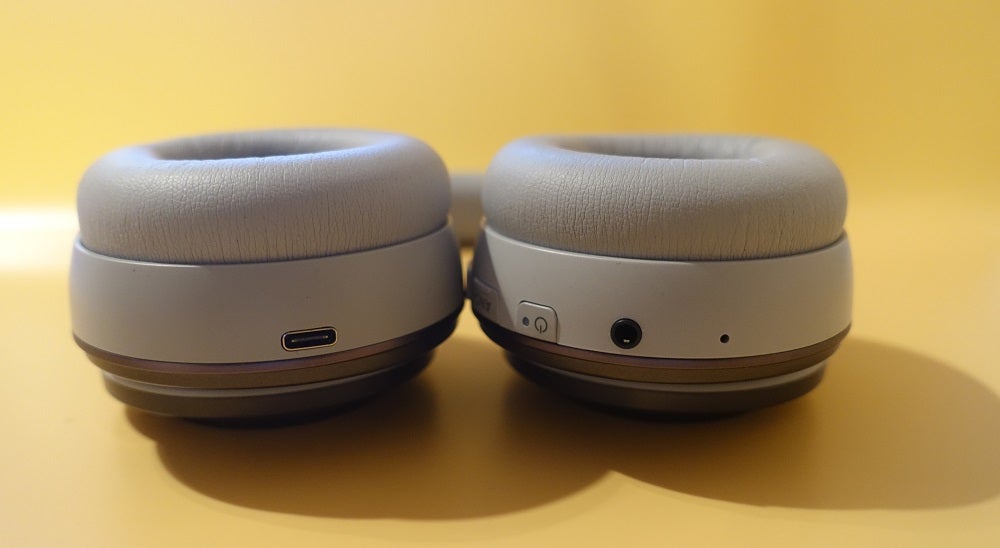 The FLOW II share the WH-1000XM3’s same knack of nipping conversations in the bud. Though the Sony still feels more adept at blocking out noise, if you’re of the anti-social persuasion, they’re a great tool against the rest of the world.

Cleer has clearly cribbed from Sony’s playbook with Conversation Mode. It’s Quick Attention Mode by another name, but you place your left hand instead of your right on the earcup to temporarily let noise in. A tap of the ANC button activates Ambient Mode and Cleer’s application of it is effective, filtering in what’s around you but not at the expense of music levels.

The FLOW II has proximity sensors that stop playback when you take them off and restart music when you put them back on. The implementation works better here than on the Kygo A11/800, responding quickly and accurately.

Battery life is 20 hours with Bluetooth and ANC activated. Full charge from a depleted battery is under two hours, with ten minutes of charge providing two hours of playback. 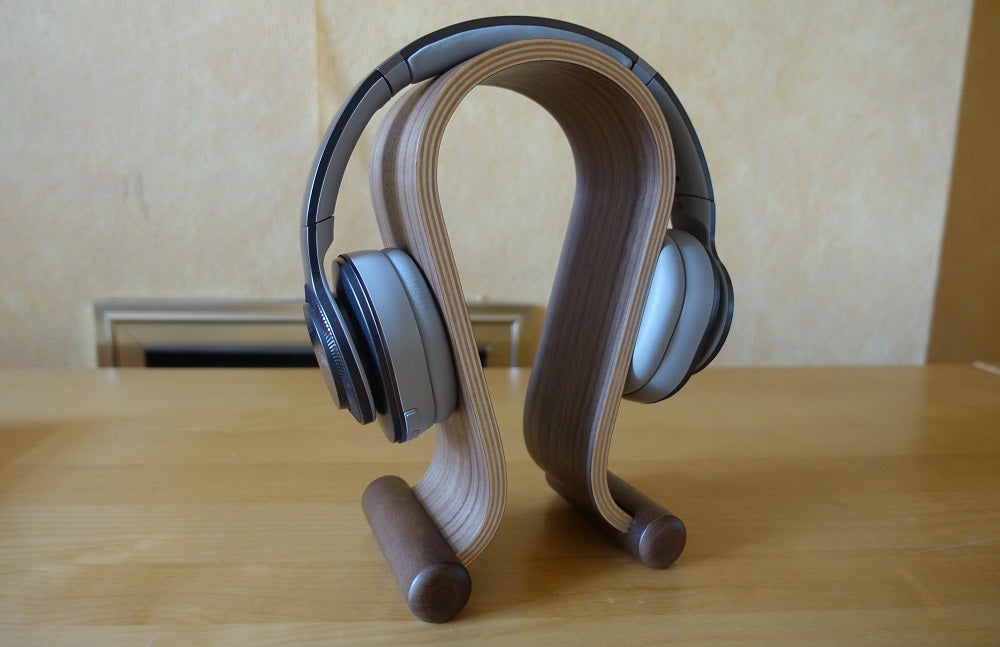 Audio support includes SBC, AAC, aptX, aptX-HD and LDAC, which is Sony’s proprietary codec for transmission of Hi-Res audio over Bluetooth. Bluetooth is 4.2, not the most recent 5.0 variant.

The strength of the FLOW II’s wireless connection has been very impressive too. With ANC engaged, I’ve glided through busy terminals such as Waterloo, Victoria, Kings Cross and Canary Wharf and they’ve not been knocked out of their step. There have been times where the FLOW II have randomly disconnected, but oddly it’s been in the relative quiet of a home or office.

One final note is that there is no app. There’s no way to customise noise cancellation, alter ambient mode levels or check battery life on a device. For the latter you can look at the LED behaviour on the power button to decipher how much is left.

One of the advantages Cleer states in using Ironless drivers is that distortion is low. Your ears should experience less fatigue when listening to audio, so in theory you could listen to the FLOW II without much discomfort.

The FLOW II are the first large-sized pair of headphones I’ve listened to with Ironless drivers and my biggest takeaway is how impressively clean and clear the audio is, as well as how effortless it sounds. 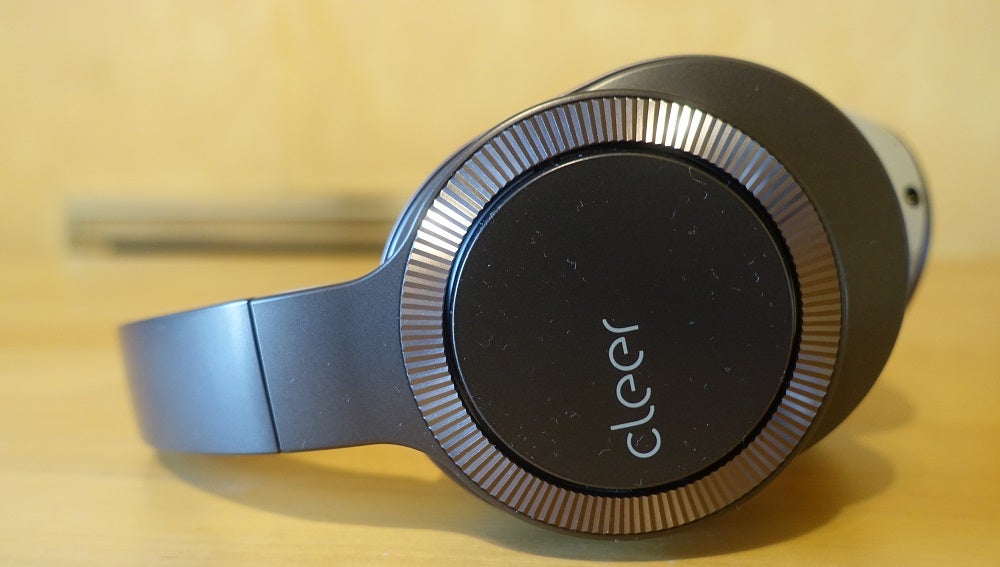 A listen of Alexandre Desplat’s Little Women score and the effect is of the FLOW II plucking the detail out and placing it straight into your ears. Every instrument is granted space to breathe as well as plenty of clarity, with the FLOW II expressing themselves in an articulate and engaging fashion.

Dynamically they’re assured, conveying a good sense of range. The Ironless drivers are perhaps the brighter side of neutral but it’s never an issue. I’ve listened to plenty of Linkin Park tracks (and loudly) and it’s to the FLOW II’s credit they remain composed and aren’t overpowered by the volume other headphones crumble in the face of. 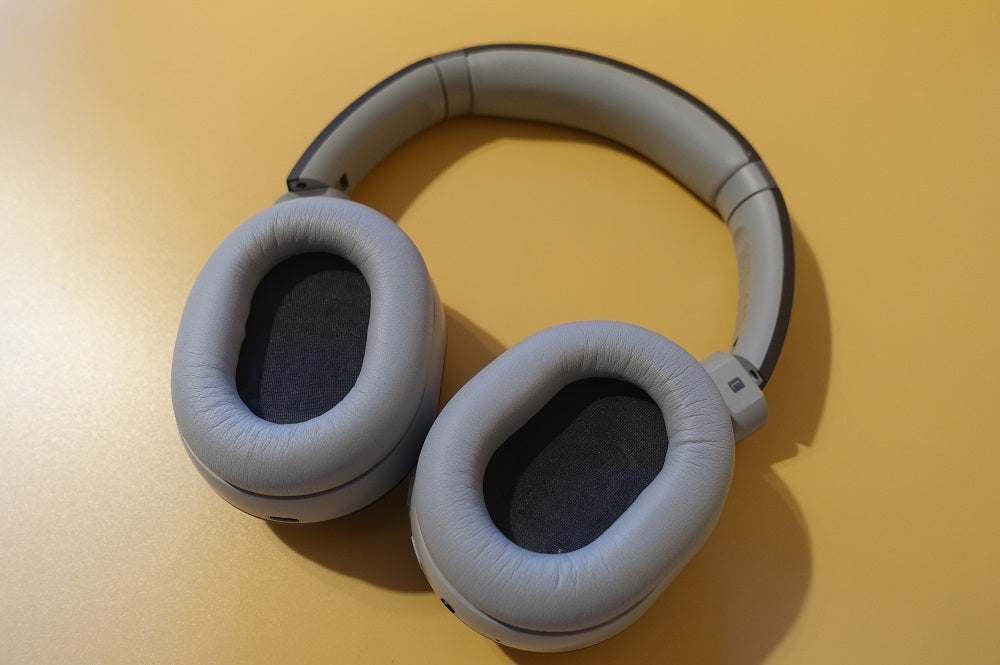 If anything the focus on brighter spectrum of sound allows the FLOW II to extract plenty of detail from the treble and midrange. There’s a great sense of fidelity in the brass instruments of Regimental Brothers from Hans Zimmer’s Dunkirk, and there’s an impressive sense of breadth and scale, with a soundstage that’s wide and spacious.

Compared to the WH-1000XM3 they lack the heft and power of that pair, and aren’t as impactful with bass either. There’s also less immediacy compared to the Marshall Monitor II A.N.C, but the FLOW II offers a more appreciable sense of detail, especially in terms of treble.

You should buy the Cleer FLOW II if…

The ANC market continues to evolve

Cleer’s Ironless drivers work very well with this pair. They’re detailed, the presentation is impressive clean, and most of all they don’t appear to create a sense of fatigue that some headphones’ sound can do.

You shouldn’t buy the Cleer FLOW II if…

Build quality could be better though, as they’re not only a bulky pair but a slightly creaky sounding one too.

The Cleer’s are very distinctive, and in the headphone market that’s an admirable trait. We do feel that some may not take to the slightly ‘blingy’ appearance.

While the sound isn’t fatiguing, wearing the headphones can be. Long listening sessions can cause discomfort.