By offering detailed, clear audio, a wonderfully subtle design and leading in class battery life, the Sennheiser GSP 370 earns its place as one of – if not the – best gaming headset you’ll get for less than £200.

The Sennheiser GSP 370 is the latest gaming headset from the iconic audio brand behind some of Trusted Reviews’ favourite headphones.

It aims to differentiate itself from the sea of ROG, Turtle Beach, SteelSeries and Corsair competition by offering a number of the features seen on its more expensive sibling, the Sennheiser GSP 670, plus a marathon long 100 hour battery life.

Having thoroughly put it through its paces for the last fortnight testing it on everything from actual Fortnite to RTS and MOBAs, we can confirm, the Sennheiser GSP 370 is one of the best gaming headsets you’ll find for less than £200. 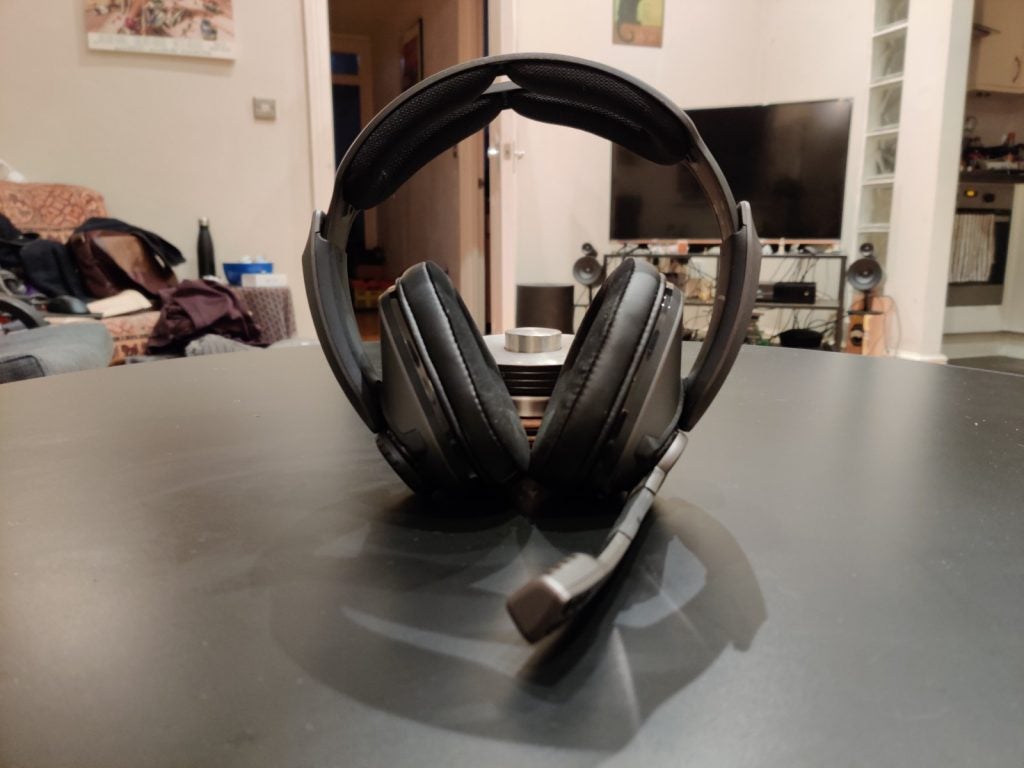 From a distance you’d struggle to tell the 370 apart from the Sennheiser GSP 670. Both have the same functional, closed-back design Sennheiser headsets are famous for. Some people will bemoan the lack of design flourishes and RGB lighting common to competing headsets from the likes of Asus ROG division, but I’m a big fan.

RGB lighting is a feature common to gaming hardware that, outside of keyboard mapping, needs to get on the sea, as do bits of moulded plastic. The two serve no practical purpose on a gaming headset, which is why I’m so pleased the 370 is free of them.

Instead, you get a practically designed headset that ticks all the right boxes when it comes to functionality and usability.

The moulded grey and black plastic doesn’t feel terribly high end, but it’s sturdy and – coupled with the faux leather cups and padding – provides a comfortable fit, even during prolonged play sessions.

With prolonged use, I actually found the 370 slightly more comfortable to wear than the 670, thanks to its decreased 285g weight. The 670 weigh 398g by comparison, which is substantial heft to have resting on your noggin.

The setup process and interface are equally easy. The headset comes with a low-latency connection dongle that makes setting it up on PC a doddle. Just pop the dongle into an open USB port and switch the 370 on, then bingo bango you’re good to pew pew. Controls are also simple, featuring a basic power on switch, volume dial and uni-directional microphone that’s muted when you flip it up. 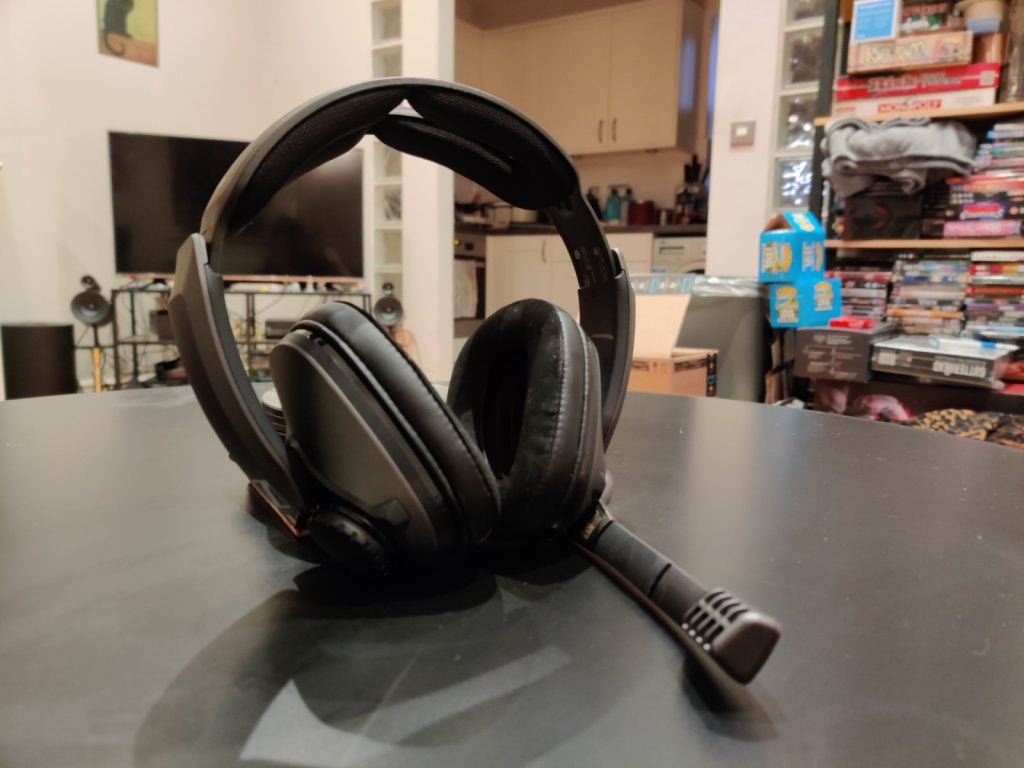 Sennheiser’s pitching the GSP 370’s zero latency audio connection and robust 100 hour battery life as key selling points and for good reason. During testing I didn’t notice any latency while gaming and after two weeks playing 2-3 hours a night on average, I’m yet to reach for the charging cable.

Gaming audio is detailed and features decent tonal balance. Attacking gunfire was always suitably separated from the rumbling low end of a vehicle’s engine in PUBG. Scores in JRPGs also sounded powerful and had a pleasing amount of detail and dynamism. All in all, you’ll struggle to do better unless you’re willing to shell out a lot more cash for a top end headset, like the Audeze Mobius or Sennheiser 670.

The only area the 370 didn’t fully deliver on was surround sound. It matches competing sets, but was still a lot less accurate than the more expensive GSP 670, which supports full fat 7.1 surround sound. But the only time I really noticed this was when I was playing very specific games, like Dead By Daylight, which are nearly totally reliant on directional audio queues.

The noise cancelling microphone is also good. When playing multiplayer shooters, like Destiny 2, my Fireteam never struggled to hear what I was saying and reported hearing crystal clear audio. 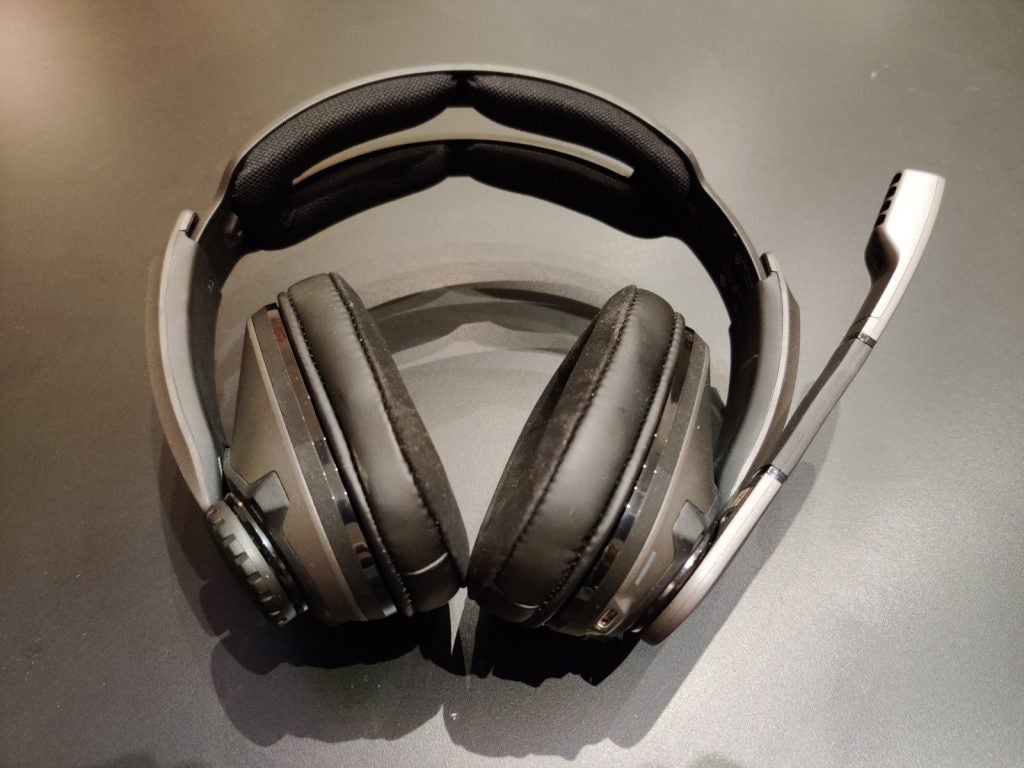 If you’re looking for a top notch gaming headset for less than £200 then the Sennheiser GSP 370 is one of the best available.

It doesn’t have the fancy design flourishes of competing ROG sets, but it delivers in all the key areas expected of a gaming headset, offering detailed audio, simple controls and stellar battery life.

The only downside is that it’s moderately more expensive than its arch-rival, the SteelSeries Arctis 7, which offers equally impressive audio, but a significantly shorter battery life.