Scan’s overclocked GTX 980 kicked off my benchmarks in impressive fashion. Its first test was the synthetic 3D Mark: Fire Strike run, and here it scored 12,153 – comfortably ahead of the stock-speed GTX 980 inside the PC Specialist and its score of 10,716.

The Scan maintained that gap in games tests. It never faltered when playing the latest titles at 2,560 x 1,440, with playable frame rates in every benchmark. In Middle-earth: Shadow of Mordor, its 71fps average was six frames better than the Ignis, and it maintained that six-frame lead in Battlefield 4 – at 1440p, the Scan averaged 63fps.

Scan’s system played most of my games at 4K, too. In Middle-earth: Shadow of Mordor it averaged 40fps – four frames better than the PC Specialist – and its BioShock average of 45fps was two frames ahead. In Battlefield 4, its 41fps frame rate was just about playable. 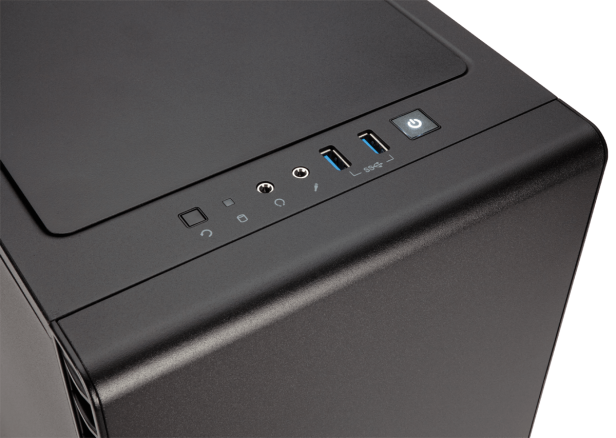 Still, it’s a great bill of health when it comes to gaming: this machine will handle anything at 1080p and 1440p, and it will run all but the most demanding games at 4K, too. It also has enough grunt to handle VR.

The Scan’s Core i7 processor outpaced the PC Specialist’s Core i5 chip in most benchmarks. Its Cinebench score of 782cb beats the Ignis’ 645cb, and the Scan scored 16,793 in Geekbench – around 3,000 points ahead of its rival.

There wasn’t much to choose between these two systems in application benchmarks, and both performed with aplomb – there isn’t much software that these machines will balk at.

Scan has designed this PC for silence, and it didn’t disappoint during any of the benchmarks.

While idling or running low-intensity tasks, the Scan might as well be a passive PC. The fans across the main unit slow down or stop, and that makes it almost impossible to hear anything from the Vengeance – I detected only the merest of rumbles by pressing my ear right up against the case.

The Scan performed just as impressively during stress-tests. The major components were running at full load, but the Scan’s low hum wasn’t any louder than its idle noise output – so, again, barely noticeable.

And that’s the only occasion when the Scan produced that much noise. With only the CPU or GPU stressed, the PC didn’t go beyond 260W. As a result, the PSU’s fan turned off and the system became even quieter. This PC isn’t just stunningly quiet – it’s also quick to adapt to different situations. 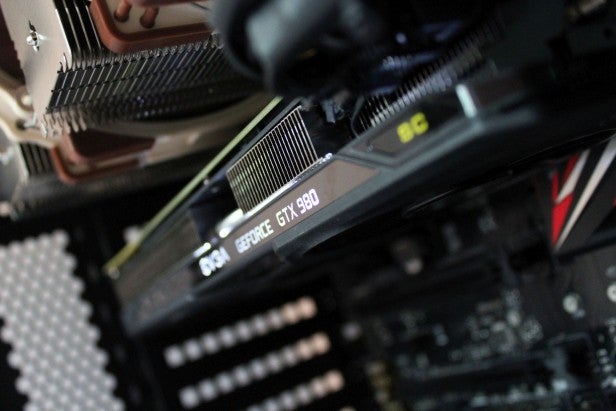 It never became too hot, either. The stock-speed processor topped out at a reasonable 72 degrees, with the graphics card hitting a peak of 77 degrees. None of the components throttled during tests, with the GPU peaking at 1,367MHz.

It’s a spectacular result that manages to beat the PC Specialist. The PC Specialist Ignis was near-silent when idling, but during games it matched quieter gaming systems and the current generation of consoles.

The Scan’s worst-performing component was the SanDisk Ultra II SSD, which ran through sequential read and write tests at 499MB/sec and 366MB/sec. Both results are poorer than the Kingston SSD inside the PC Specialist, with write speeds especially disappointing – and they’re even further behind PCI-based drives.

The middling speeds mean that loading times will suffer when compared to the fastest drives, but the Scan will still easily outpace any machine that uses a hard disk as its primary drive.

Scan’s standard warranty lasts for three years and includes one year of on-site coverage followed by two years of return-to-base cover – with parts and labour covered for the entire three-year period.

PC Specialist’s system also includes a three-year warranty, but it covers only labour – collect-and-return is included only for a month, and parts are covered for only a year. 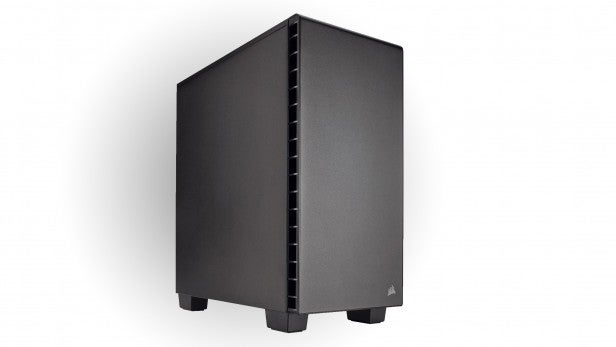 Scan set out to build a different kind of gaming system with the 3XS Z170 Vengeance Q, and it’s achieved its brief with impressive performance levels.

It’s basically silent during low-intensity tasks, and isn’t much noisier when playing games. That means it’s quieter than any gaming system I’ve seen before – and quieter than the consoles, too.

The lack of noise and subtle exterior masks impressive power. The GTX 980 can handle any game at 1440p and most of my test titles at 4K, and the processor is rapid despite its modest overclock.

It’s certainly a better option than the mini-ITX PC Specialist, and it’s a better choice than most full-sized gaming towers, too, thanks to the lack of noise. It’s only worth looking elsewhere if you value gaming grunt or internal upgrade room above the lack of noise.