So long as you follow our fairly straightforward setup advice, the UE65HU7500 rewards you with superb picture quality.

Samsung is uncannily good at revealing the extra sharpness and detail we’ve already come to love from the 4K/UHD picture format, and this talent is especially obvious on a TV as relatively big-screened as this 65-inch one. Native UHD sources look phenomenally rich in texture and are so densely populated with pixels that you see no trace of pixel or line structure. In fact, decent UHD sources look pretty much like reality, rather than just pictures on a TV. 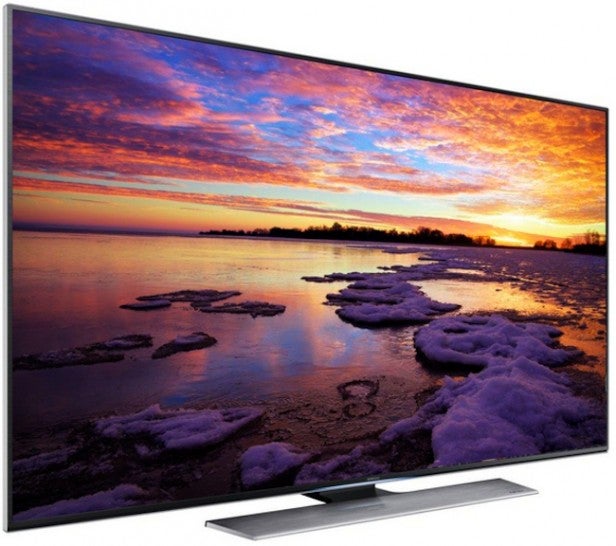 The clarity holds up pretty well when there’s motion in the frame, too, even if you only use the lower reaches of Samsung’s motion processing engine. So you don’t have to worry much about your TV’s lovely UHDness getting turned into a blurry mess when you’re watching action scenes.

The extreme sharpness of the UE65HU7500 means the set can deliver particularly well on UHD’s enhanced image depth, which is due to its higher resolution enabling details to extend further into the distance. The impact of this isn’t quite as pronounced as it is on Samsung’s curved TVs, but it’s still a palpable UHD benefit.

Similarly, while the UE65HU7500 may not have the wide colour gamut panel and ‘PurColour’ high-end processing engine of the HU8500 series, it’s still capable of revealing how UHD’s subtler colour blends further enhance the sense of realism. 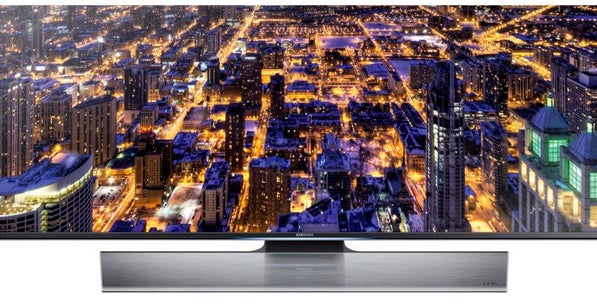 The UE65HU7500’s colours also benefit from the set’s ability to produce a startlingly convincing black colour. For us good picture quality almost always begins with a good black-level response, so it’s great to see that the UE65HU7500’s core SPVA-type panel avoids the alarming greyness in dark scenes that we’ve witnessed on an alarming number of TVs this year – almost every model that uses an IPS panel, in fact.

To get the best out of the UE65HU7500’s black-level response we’d recommend using the provided dynamic contrast system on its Low setting. But so long as you reduce the backlight as suggested earlier, even if you elect not to use this system you’ll still enjoy dark scenes with deep, credible black colours that make them natural to watch.

It’s worth adding while discussing the UE65HU7500’s contrast performance that dark scenes don’t suffer with distracting light ‘blocks’ around bright objects as happens with some rival TVs.

Superb though the UE65HU7500 looks with native UHD content, there isn’t much of it around yet. Even if you’ve got your hands on your complementary Samsung UHD Video Pack. So we need to look at how the set handles the tough job of upscaling HD and standard-definition sources. 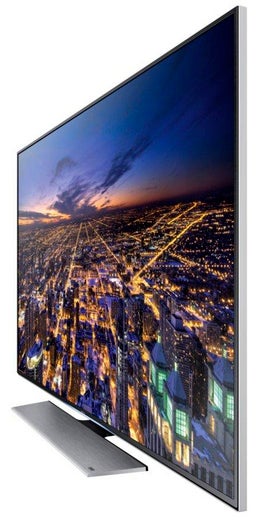 Happily it does very well. Particularly handy is its ability to see the difference between noise and ‘proper’ picture information in a non-UHD source, since this means it’s able to do a better job of calculating the nature of the huge quantities of extra pixels it needs to add to make a UHD image.

Certainly with HD sources the UE65HU7500 manages to produce pictures that look more detailed and dense than HD without exaggerating source noise, which is already a great result. But the set also shows a deft touch at calculating the colour of extra pixels, so that you don’t start to see colour striping or blocking. Even better, the increase in motion blur with upscaled HD material is only marginal, underlining the power of Samsung’s processing engine, as it’s able to keep up with rapidly changing images on the fly.

Standard-definition pictures look much less sharp and less deftly coloured. But they’re certainly no horror show, and anyway, is anyone really going to feed a UHD TV with standard-definition content unless they absolutely have to?

Aside from the correctable problems created by Samsung’s penchant for aggressive picture presets, there are only a couple of other issues. Dark scenes lack a little punch versus those of Samsung’s significantly more expensive HU8500 series and Sony’s similarly priced 65X9005B, and that the colour range looks a little limited versus those same rivals.

Used as the main TV for the review period
Tested for more than a week
Tested using industry calibrated tools, discs and with real world use
Tested with broadcast content (HD/SD), video streams and demo discs
Previous
Samsung UE65HU7500 Review Next
3D, Sound and Verdict Review