The 65-inch 65S9005B is Sony’s first curved TV to go on sale in the UK. But that’s far from its only claim to fame, as it also carries a native 4K/UHD resolution and a unique 4.2-channel Multi-Angle Live Speaker system.

While it certainly isn’t in any way ugly with its boldly rounded edges, acutely angled desktop legs and short stripes of light at the centre of the left and right edges, the 65S9005B’s design is arguably more interesting than attractive.

The most immediately obvious talking point is its curve. With rival brands seemingly doing well with their curved screens, Sony has decided it’s time to join the fray. 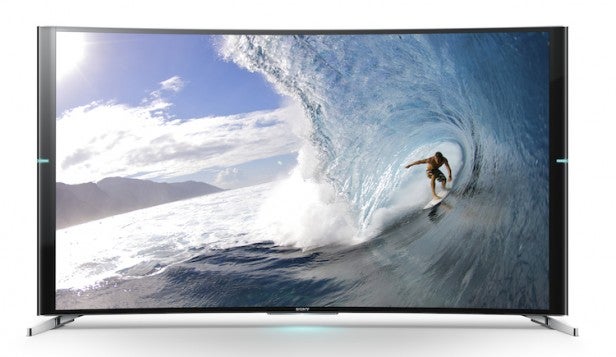 Not that the 65S9005B is a pure copycat effort, mind you. Right away you can see that its curve is markedly less severe than those we’ve become accustomed to seeing from Samsung’s curved TVs.

In fact, the relative shallowness of the 65S9005B’s curve is the direct result of research by Kyushu University in Japan, which worked out the level of curvature that delivers the supposed viewing advantages of curved screens without disrupting the image geometry or viewing angles too heavily. We’ll look into this balancing act more a little later in the review.

The 65S9005B’s unusually chunky rounded edges aren’t just there to look stylish, either. Housed within them is what Sony calls a Multi-Angle Live Speaker system. This employs a series of speakers firing out at different angles to deliver a supposed 4.2-channel effect, complete with virtual surround sound. Or so the theory goes – we’ll come to that later, too.

Even the little illuminated strips in the left and right edges aren’t just there to look pretty; they’re colour coded to tell you which video source you’re watching.

Connections on the 65S9005B are plentiful and effective. The four HDMIs, for instance, provide HDMI 2.0 support for native 4K/60Hz feeds. A trio of USB sockets play back video, photos and music from USB sticks while also allowing you to record from the onboard Freeview HD tuner to external USB hard drives. There are also the usual wireless and LAN network options. 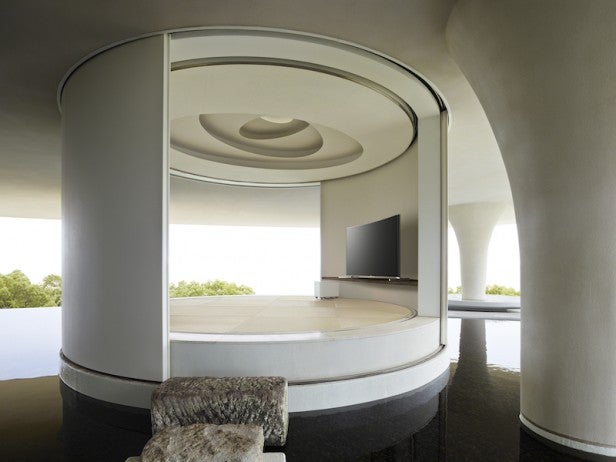 The network options give you access to Sony’s online smart TV services – known as the Sony Entertainment Network (SEN) – and files stored on networked DLNA-capable computers/tablets, plus you can set up a Wi-Fi Direct network (without router) between the TV and compatible portable devices. While we’re on the subject of portable devices, one of the 65S9005B’s HDMIs is able to parse the latest MHL interface.

SEN has been covered in depth in our Sony Entertainment Network review, so there’s no need to go into it all again here. In summary, though, it’s fairly strong in content terms – in fact, there are dozens more apps now than when the service launched back in April. It still lacks the ITV Player and 4oD catch-up services, though.

The interface looks pretty, and offers some genuinely innovative features – not least the Discovery button on the remote, which brings up filtered content lists of stuff the TV thinks you’ll like.

On the downside the interface can run a little sluggishly, is a bit keen to steer you towards Sony’s own music and video streaming services, doesn’t support second-screen viewing, and doesn’t give you enough search or filtering tools to help you browse the apps on offer.

Overall, though, Sony’s smart system is one of the better ones around, and certainly shows the brand is moving in the right direction.

The 65S9005B’s picture specifications find its 4K resolution lit by an edge LED array equipped with local dimming to boost contrast. You also get Sony’s latest Triluminos technology for boosting the screen’s colour gamut, while picture processing – including 4K upscaling of HD and standard-def sources – is handled by Sony’s X-Reality Pro engine, complete with its huge picture database for streamlining the process. 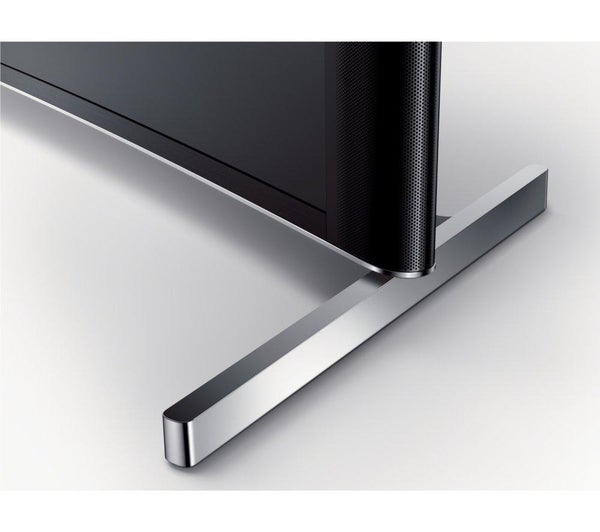 Wrapping this section up are the 65S9005B’s 3D playback, which uses the active system, and the pretty significant fact that between now and 24 December 2014 anyone who buys an S9005B or X9005B will be entitled to claim a free 4K Movie promo HDD containing five films you choose from a selection of 10. Those 10 are: Amazing Spider-Man, Amazing Spider-Man 2, Moneyball, Premium Rush, Total Recall, Ghostbusters, The Patriot, Battle LA, Captain Phillips, and Salt.

Sony currently provides easily the most accomplished automatic picture-optimisation system in the TV world. But you still have to do a bit of work with the 65S9005B’s settings when you’re watching something rich in contrast, such as a typical movie or high-end drama, especially if you’ve also darkened the room.

We’d suggest reducing the backlight to level 2 or even 1, setting the LED Dynamic control to standard, and the ‘Black Corrector’ feature to Low or, with extremely contrast-rich content, Medium. Don’t leave the contrast on the Max level adopted by some of the preset modes, as this can lead to picture noise.

For normal TV viewing in ambient light, though, you can get away with sticking more or less with the TV’s default settings.