Samsung still refuses
to include any passive 3D TVs in its TV range – hardly
surprising given that passive 3D is a technology of its arch South
Korean rival, LG. Samsung’s single-minded focus on providing active 3D
solutions, though, has certainly paid off with the UE65HU7500.

Its
star attraction versus the majority of other active-shutter 3D TVs –
including those from Sony – is that it suffers less with the
double-ghosting ‘crosstalk’ noise that often afflicts active 3D
pictures. So 3D images on this Samsung look sharper and cleaner – an especially
big deal on a UHD TV – and stop you feeling as fatigued during 3D
viewing. 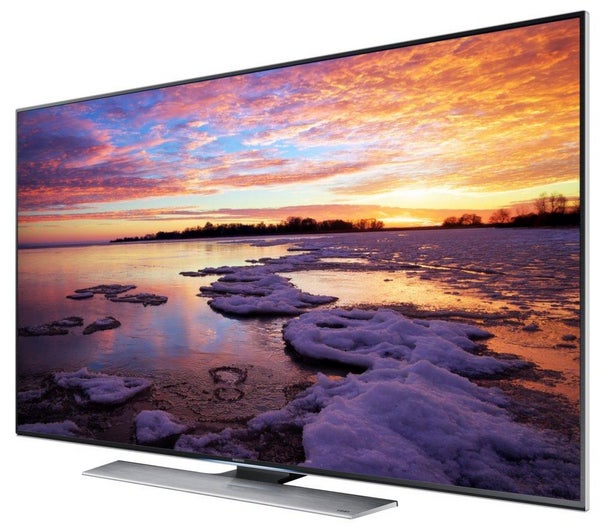 Making the UE65HU7500’s relative lack of crosstalk even
more surprising is the fact that Samsung’s 3D pictures are also brighter
and more colourful than those of most, if not all, other active 3D
brands. Usually one of the side effects of limiting crosstalk is a
reduction in brightness, but not here.

The UE65HU7500 also does a
remarkably good job of upscaling 3D Blu-rays to the TV’s native 4K
resolution, giving 3D images an extra sense of solidity, detail and
depth that makes 3D worlds feel that much more tangible and immersive.

The
UE65HU7500’s 3D images are slightly more juddery than those of the
HU8500 series, but not to a level that often becomes distracting.

Audio performance is the most average thing about the UE65HU7500, as its soundstage lacks the dynamic range, bass response and treble detailing we’ve heard from some of the best TVs this year.

That’s not to say the UE65HU7500 is a disaster sonically, though. Vocals remain reasonably clear even under duress, and the speakers don’t readily succumb to distortion. But there are certainly rival sets doing audio significantly better this year.

The UE65HU7500 ships with a ‘Smart’ remote alongside a regulation Samsung one. It takes a little practice to learn your way round this Smart remote with its complex mix of point-and-click, trackpad and voice-control options, but it’s worth persevering, as once you’ve got the hang of it you’ll find it offers many nifty shortcuts. 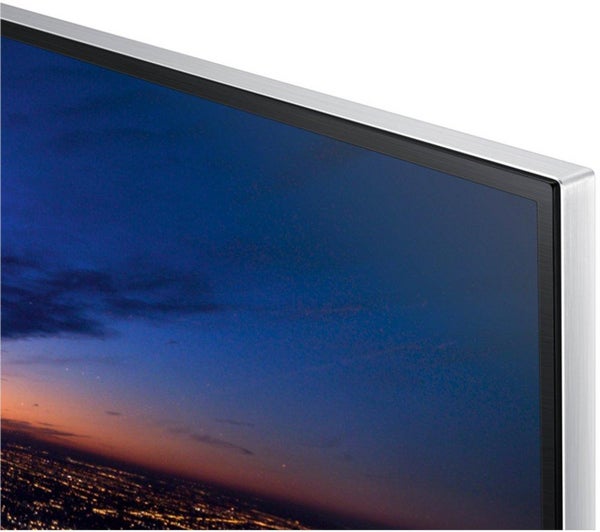 If you fancy taking your gaming experience to the UE65HU7500’s big screen, however, you may be a little disappointed to note that we measured input lag – the time it takes the screen to render images – at around 66ms. This is around twice as high as we ideally like to see, and could slightly reduce your gaming performance.

The UE65HU7500 is another superb UHD TV from Samsung that provides a more affordable and non-curved alternative to Samsung’s flagship HU8500 series. It might be nice if it was another £200 or so cheaper still, but except perhaps for dedicated gamers it’s hard to imagine how anyone who splashed the cash on a UE65HU7500 could come away feeling anything other than deliriously happy with their purchase.

That said, the Sony 65X9005B can now be had for around the same money, and offers slightly better 2D pictures – but worse 3D and a slightly less comprehensive Smart TV system. The similarly priced Panasonic 65AX802 is also worth checking out, now that it’s capable of playing Netflix’s UHD streams.

With its combination of superb 2D and 3D pictures, non-curved screen and competitive pricing, the HU7500 series is arguably the best all-rounder of Samsung’s 2014 UHD TV range.