Samsung 48-inch TVs are like buses: you wait years for one to come along, and then two arrive at once. Unlike the recently tested UE48HU7500, though, the £700 UE48H6400 doesn’t squeeze a UHD pixel count into its relatively diminutive frame. instead it’s a conventional Full HD model from the mid level of Samsung’s 2014 range, meaning it benefits from Samsung’s latest Smart TV system and a few promising picture specifications. 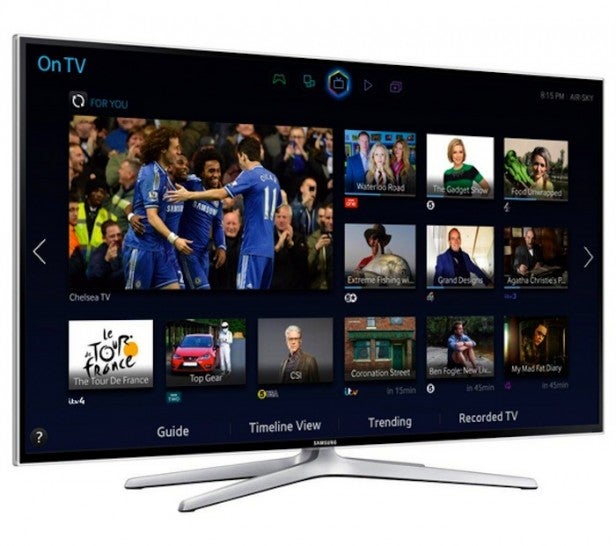 The UE48H6400 is an attractive TV in a typically Samsung kind of way. Which is to say that its slim, space-saving bezel enjoys a glossy finish and a transparent outer trim, while the desktop stand is a shiny silver cross design. There’s nothing very original going on, but we guess if it ain’t broke there’s no need to fix it.

Connectivity is strong, as four HDMIs and a trio of USB 2.0 ports join LAN and integrated Wi-Fi network options – as well as, of course, all the usual Scart, RF (feeding a Freeview HD tuner), component and composite stuff. Please note, though, that unlike some higher-specced Samsung TVs, there’s no satellite tuner support.

The USBs and (via DLNA) network options support playback of an impressively wide range of multimedia file formats, while the network options also inevitably give you access to the online components of Samsung’s Smart TV platform. And plenty of these components there are too. In fact, it’s the most comprehensive collection of online content we’ve seen to date, comprising a huge variety of game, infotainment and video apps.

The quantity of apps on offer is arguably rather intimidating, and can make it hard to sort the wheat from the (considerable amounts of) chaff. But at least Samsung hasn’t pre-installed much of this chaff, so once you’ve trawled the online ‘shop window’ for things you want once, you can quickly establish a simple favourite apps page that saves you from having to delve back into the whole app mountain very often. 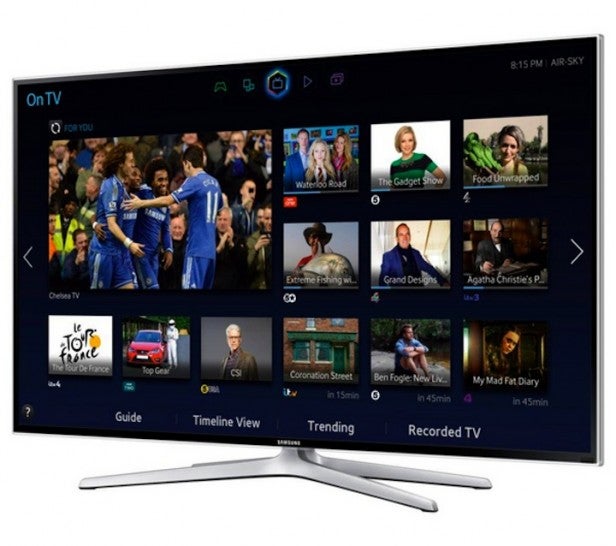 We’ve covered Samsung’s latest smart engine in depth in our Samsung Smart TV 2014 review, so we won’t go into any more detail here, other than to say that it (and Samsung’s picture processing) is powered by a Quad Core processor, and that Samsung has added a new element since we wrote our earlier in-depth article. This consists of a ‘recently used’ bar that pops up when you first hit the remote’s Smart Hub key, giving you quick access to any of the last 10 sources you’ve watched or listened to.

The UE48H6400 is, of course, a full HD screen, and it’s driven by edge LED lighting. There’s no local dimming involved though, and nor does the set benefit from Samsung’s Micro Dimming technology, which divides the image up into thousands of small blocks for more accurate analysis when calculating optimum picture settings. Both these facts raise questions about the UE48H6400’s likely contrast performance. However, the set does, at least, use one of Samsung’s VA-type panels, which we’ve found to deliver significant native contrast advantages over the rival IPS LCD format.

The 48H6400 applies a 400Hz-emulating motion processing system, made from a combination of a native 100Hz engine, a backlight blinking system and frame interpolation. And finally it’s 3D capable, using the active system, with two pairs of 3D glasses provided. 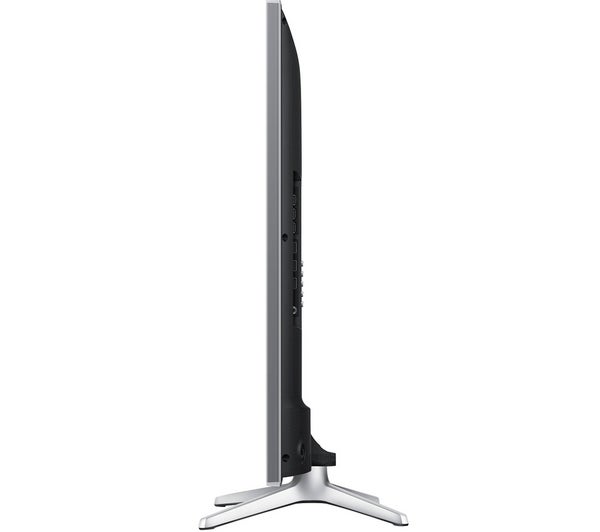 Despite not troubling itself to seek the endorsement of the independent Imaging Science Foundation (ISF) professional calibration group, the UE48H6400 has a comprehensive suite of picture set up tools. These include colour management and white balance fine tuners, and a decent degree of control over key processing tools such as the dynamic contrast, noise reduction and motion processing systems.

To get the best out of the UE48H6400 we’d say you can get away with only a slightly modified version of the Standard preset for viewing in a bright room; just turn off the noise reduction when you’re watching HD, and set the motion processing to either Clear or Custom, with judder and blur reduction both set to around their ‘three’ level if you go for the latter option.

For viewing films in a dark room, we strongly recommend you make sure the dynamic contrast system is only set to Low, and that you reduce the backlight setting to either its eight or its nine level, depending on whether you want a really deep black or a touch more shadow detail.

Also, if you’re going to game on the UE48H6400, don’t forget to seek out the Game picture preset oddly hidden away in the General submenu of the TV’s System menu.