As hinted earlier, you can tell right away that the UE48H6400 doesn’t benefit from Samsung’s most potent contrast-boosting features. Really dark images look slightly greyer than they do on Samsung’s high-level TVs.

Crucially, though, black level response is still capable of being excellent for the UE48H6400’s price point so long as you follow the simple set up advice we gave you earlier. Certainly the black levels the set can achieve are much more profound than those witnessed on rival IPS panels this year, and for the vast majority of the time they easily go deep enough to not distract you from what you’re watching. 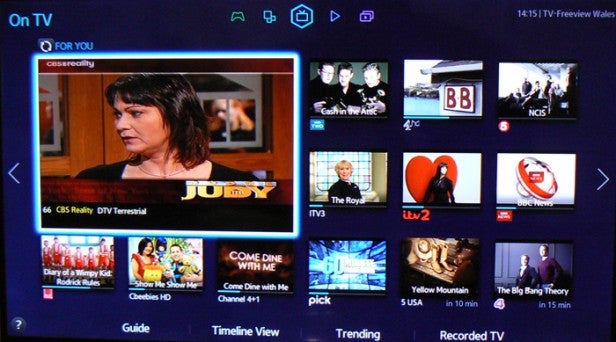 What’s more, with the backlight set as we suggested earlier there’s no trouble at all with areas of backlight clouding during dark sequences. It’s great to see, too, that so long as you don’t set the dynamic contrast higher than Low you don’t have to worry about being distracted by excessive leaps in brightness as the TV adjusts its light output to suit changes in the image content.

Also impressive when watching dark scenes is how bright the lighter elements appear against the darkness around them – a clear indicator of the quality of the panel’s native contrast performance that’s further emphasised by the impressive amounts of shadow detail the set reproduces in all but the very blackest of picture corners.

As we nearly always find, moreover, the UE48H6400’s good black level response knocks on into its colour performance. We were especially struck by how rich, dynamic and natural colour tones look during dark scenes, unburdened as they are by the grey ‘wash’ over them you get with lower-contrast screens, and free as they are of the necessity to lose too much luminance in the TV’s bid to produce a convincing black.

There’s also a more than respectable amount of finesse in the way colours are blended, even with tricky skin tones. 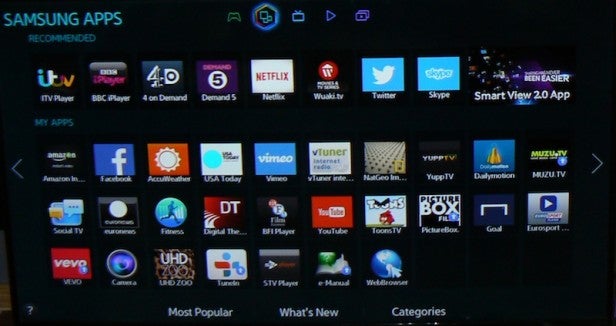 Samsung screens tend to be among the sharpest around, and the UE48H6400 is no different. In fact, we had to tweak the sharpness setting down a bit with some of the picture presets to stop images from looking too gritty and ‘forensic’. With this done, though, you still get to see every last pixel of an HD feed with total precision and clarity.

The clarity does drop off slightly over moving objects, particularly if you’ve left the Motion Plus processing system turned off. But it’s not a severe problem for the UE48H6400’s level of the market in truth, and can be improved without causing excessive processing artefacts via the Motion Plus system’s Clear settings we mentioned in the set up section.

Viewing angles are fairly limited before contrast and colour reduce considerably, and the balance between the best black levels and retained shadow details isn’t quite as perfect as it is on higher-level Samsung TVs. But make no mistake: by any stretch of the imagination the UE48H6400’s pictures are excellent for a mid-range model.

Used as the main TV for the review period
Tested for more than a week
Tested using industry calibrated tools, discs and with real world use
Tested with broadcast content (HD/SD), video streams and demo discs
Previous
Samsung UE48H6400 Review Next
3D, Sound and Conclusions Review