In many ways, this is the ultimate version of Samsung's 2019 flagship device. It's got the largest screen, most cameras and biggest battery. If you're planning on fully embracing 5G this year it'll likely be one of the best picks.

Contrary to what you may think, the S10 5G isn’t simply the Samsung Galaxy S10 with a faster modem tacked on, it’s a very different beast indeed.

The Samsung Galaxy S10 5G is the biggest member of the family, with a larger display, thicker waistline and a few unique features not found on the other S10 models, besides 5G, of course.

The Samsung Galaxy S10 5G will launch in the UK on June 7. Samsung has partnered with Vodafone and EE to sell the phone in the UK. 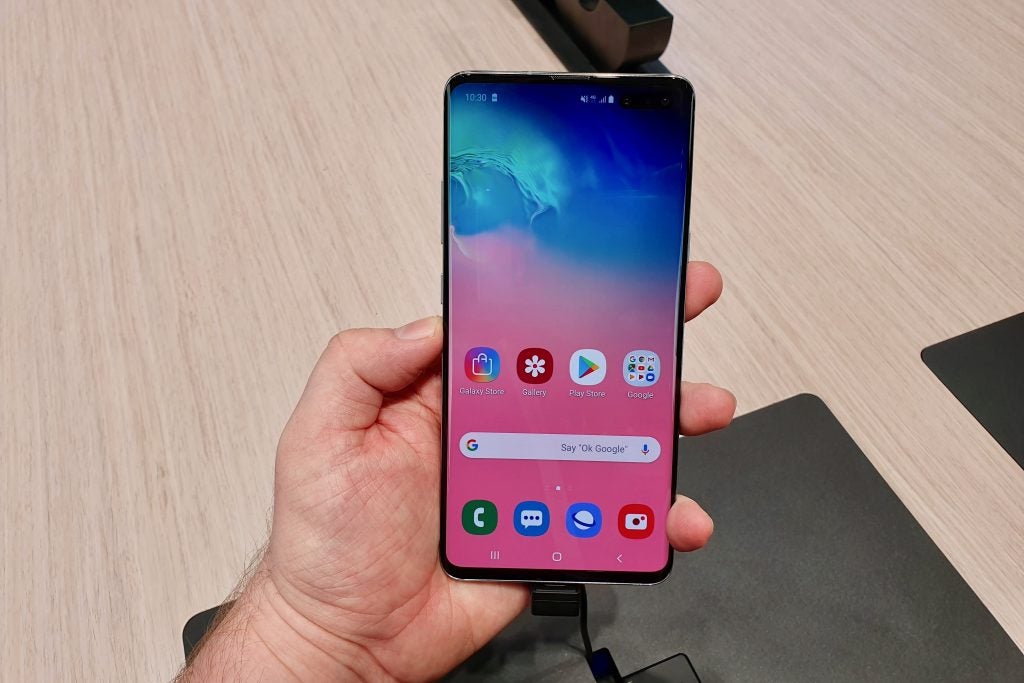 Bigger might actually be better here – the Samsung Galaxy S10 5G represents the cream of the crop.

Although 2019 will be the year we finally see 5G phones appearing on store shelves and consumer networks getting switched on, but the relevant handsets won’t necessarily be the elegant next-generation devices you’re expecting. Most of these phones will be bigger, thicker and heavier than the status quo and the S10 5G embodies this.

It’s all because right now, any forthcoming 5G phones have to rely on a standalone modem being adhered to their respective PCB, meaning more space is required to fit them in and more power is required to keep things ticking over. No doubt, chip makers like Qualcomm are well on their way to offering up chipsets with integrated 5G modems but right now, you’ll have to settle for hulking handsets like the S10 5G.

The phone’s design is punctuated by a sizeable 6.7-inch display, while it also happens to be thicker and heavier than its daintier brothers too. After finally finding one on the show floor during MWC I can say that this extra heft is noticeable, with the larger proportions also making the handset harder to hold. All that said it’s not awful and it certainly looks bulkier in pictures than it feels in actuality. 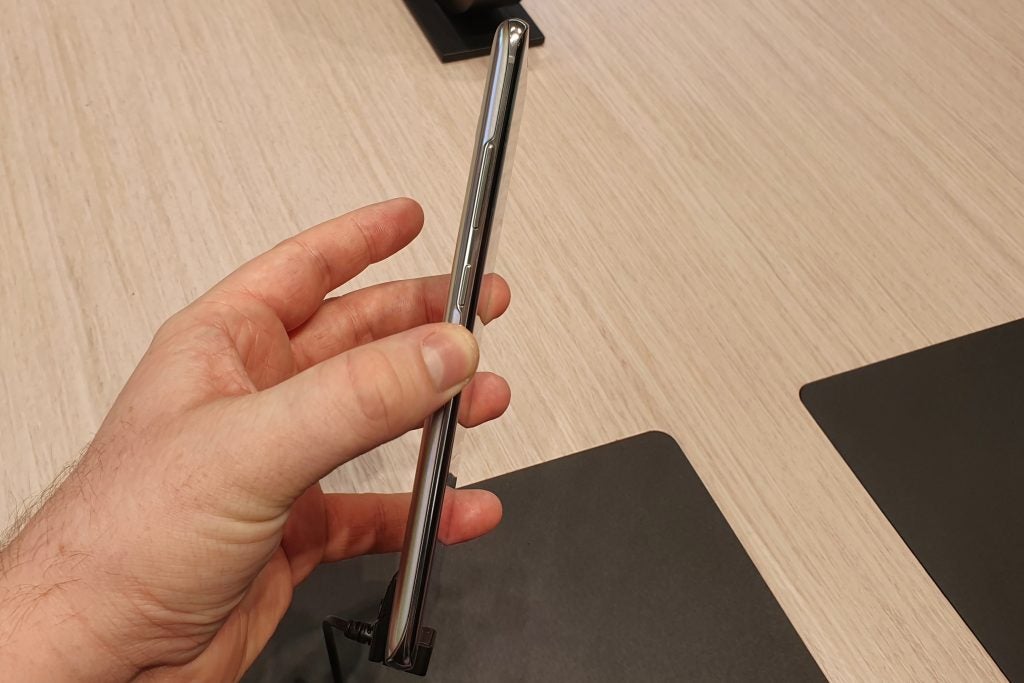 Beyond scale, everything seems far more in line with the rest of the S10 family; there’s a shiny metal frame running the phone’s edge, glass on the front and back, and yes, even a headphone jack set into its bottom edge. Essentially, beyond its size, it looks like an S10 and boasts all the other staple S10 features you’d expect like IP68 dust and water resistance, and wireless charging.

That 6.7-inch ‘Infinity-O’ display is absolutely gorgeous, pushing out fantastic colours and brightness. Samsung also promises a maximum output of 1200 nits – which should guarantee excellent sunlight legibility and HDR support.

Having used the S10 Plus extensively, it possesses what looks to be the best display on a smartphone right now and the S10 5G’s offering is essentially more of that same excellence. In the top corner, you’ll see the pill-shaped cutout where the two front cameras sit.

There’s also an ultrasonic fingerprint sensor under the display and this works a whole lot faster and more reliably than the optical versions you’ll find in the OnePlus 6T or Huawei Mate 20 Pro.

Related: Which phones are 5G phones

Powering the S10 5G is either a Snapdragon 855 (USA) and or Exynos 9820 (Europe and Asia) chipset, paired with 8GB RAM and 256GB storage. Unlike other models, the 5G lacks expandable storage and doesn’t have a microSD card slot.

There’s also no supercharged ‘Performance Edition’ with the 5G, so no 12GB RAM and 1TB storage option. 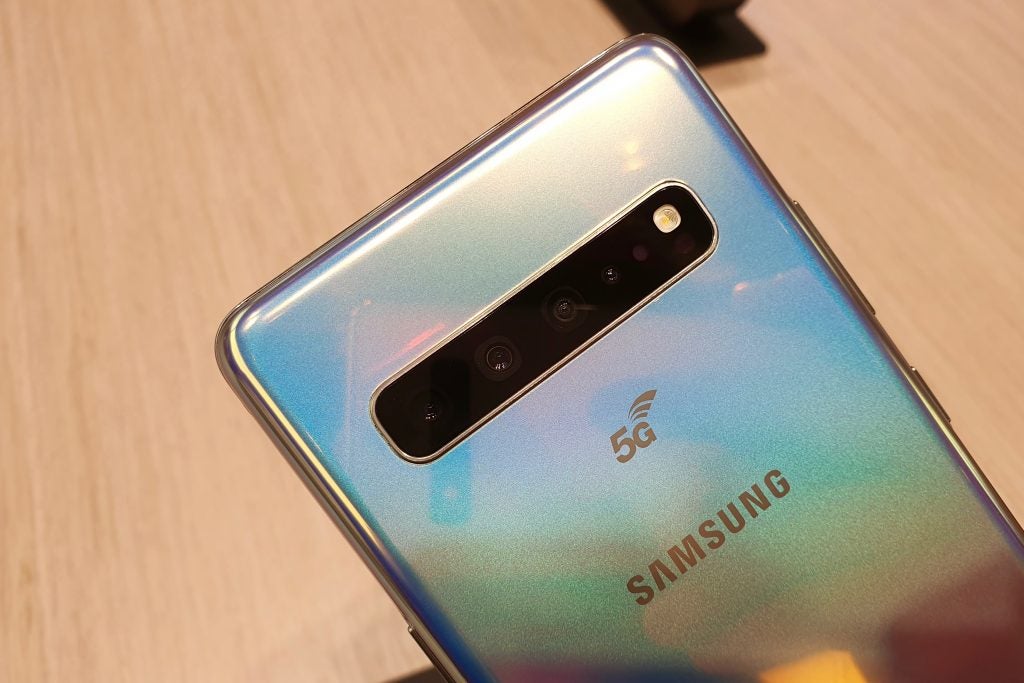 To 5G or not 5G? That’ll likely only be a question for the next few years if network rollouts are as fast as the industry’s predicting.

Samsung hasn’t yet divulged which 5G modems it is using in either of the models. I assume in the Snapdragon 855 version it’ll pack the X50 modem – don’t expect to see the newer X55 until later in the year – but things are little murkier for the Exynos version.

The other obvious difference between the 5G model and other iterations of the S10 is the camera array.

The S10 5G takes the three cameras from the S10 Plus – a 12-megapixel main sensor with a varying aperture lens, 16-megapixel ultra-wide and 12-megapixel telephoto – and adds an hQVGA 3D depth-sensing camera into the mix too.  This 3D camera is there to aid augmented reality (AR) content and add extra blur to Live Focus shots.

As I haven’t used the camera on this exact I can’t say for sure it’ll produce exactly the same shots as the S10 Plus but all specs point to them being the same. The S10 Plus shoots nice pictures and there’s plenty of variety with the selection of cameras. However, the low-light performance isn’t on par with the Pixel 3.

Interestingly, it’s the only S10 model to support super-fast 25w wired charging; something you’ll likely need in order to quickly juice up the hefty 4500 mAh cell.

There’s wireless charging too, and Wireless PowerShare functionality for turning the phone into a Qi-enabled charging pad for other devices. 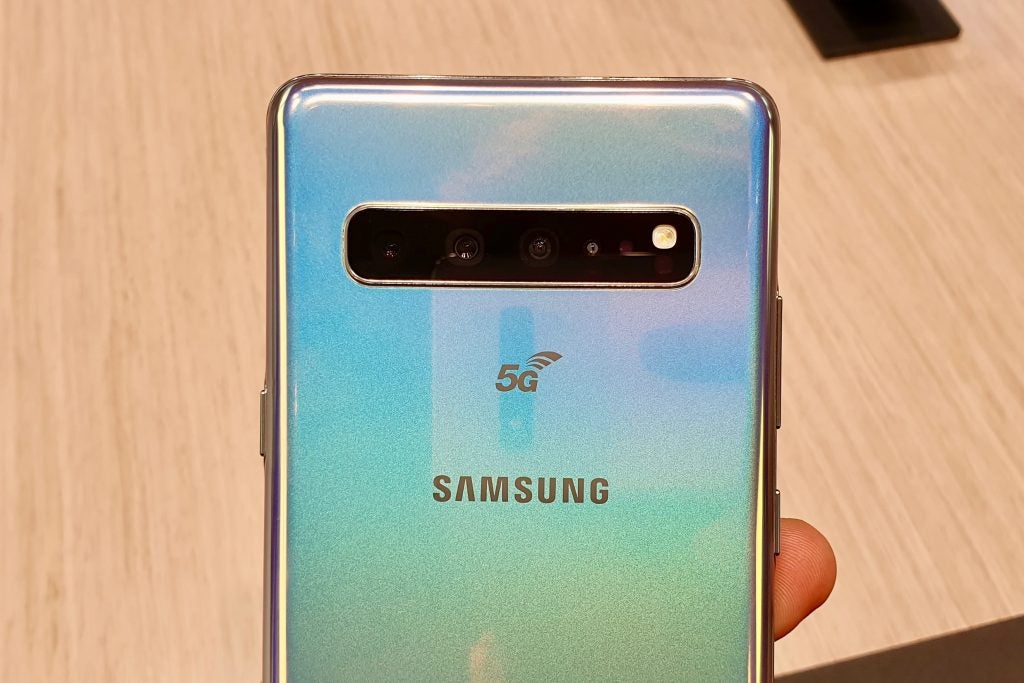 Samsung hasn’t just taken the three cameras of the S10 Plus – it’s added an hQVGA 3D depth-sensing camera, too.

In many ways this is the ultimate version of Samsung’s 2019 flagship device. It’s got the largest screen, most cameras and biggest battery. If you’re planning on fully embracing 5G this year, the Samsung Galaxy S10 5G will likely be one of the best picks.