The Samsung Galaxy M22 is a balanced smartphone that eschews specs in favour of a great overall user experience.

The Samsung Galaxy M22 is at the cheaper end of Samsung’s lineup of mid-range phones, but don’t be fooled by the price and middling specs.

It’s so much more than the sum of its parts, and offers a terrific balance of the features that are important to most people. Battery life, performance, screen quality and photography are all impressive.

It’s essentially the same handset as the Galaxy A22, the only difference being that the Galaxy M22 doesn’t support 5G, something that’s reflected in the price.

The Galaxy M22 is compact and pretty. It’s clad in a plastic shell embellished with a lightly textured geometric pattern of ridges, which covers the entirety of the back panel and brings an otherwise simple design to life.

The M22’s four rear lenses sit within a square camera bump that protrudes by about 1mm. That doesn’t sound like much, but you’ll notice it when you place the phone face-up on a flat surface and push down on the left-side of the screen; it will rock from side to side.

On the phone’s right-hand edge are the volume keys and a power button that doubles up as a fast, reliable and easy-to-reach fingerprint scanner; on the bottom edge are the USB-C charging port and 3.5mm headphone jack; and on the left-hand edge is a slot for a microSD card (up to 1TB) and dual SIMs. There’s no official IP rating.

The selfie camera sits inside a teardrop-style cutout at the top of the screen, and can be used for face unlock. As it’s a purely visual system, it’s not as secure as the fingerprint method, but it’s pretty much just as quick and convenient.

The display itself is a 6.5-inch, 1,600 x 720 AMOLED panel with a 90Hz refresh rate that produces smoother-looking animations. It’s a subtle effect that can make videos and games look slicker, but for more run-of-the-mill use cases like texting or browsing the web, you can switch to 60Hz to conserve battery life.

As far as bells and whistles go, there aren’t too many more that the M22 could squeeze in, and the result is a display that can stand up to the best of them.

Black levels are perfect, viewing angles are flawless, and it’s bright enough to use outside on a sunny day.

You can also choose between a preconfigured Natural display calibration, which has the slightest blue tint, and a more colourful Vivid option, which lets you adjust the white balance to your taste.

However, there is an elephant in the room. The M22’s predecessor, the Samsung Galaxy M21, comes equipped with a sharper 6.4-inch 2,340 x 1,080 display. In my opinion, the extra pixel density isn’t especially noticeable on a smartphone screen this size, but would-be buyers have every right to question it.

It’s an arrangement that gives off the impression of a smartphone that takes photography seriously, and by my reckoning it’s one of the most competent and fun to use camera systems I’ve come across on a smartphone this cheap. Below are some shots taken with the main camera:

In good light it can capture images with a solid amount of detail, albeit in tones that aren’t entirely true to life; colours invariably look a lot more vibrant than they do in reality, with grey becoming cyan, and grass green sometimes verging on fluorescent marker pen. This can result in more punchy and impactful images that wouldn’t look out of place on Instagram, but if your primary aim is authenticity you may be left wanting.

HDR isn’t as effective as it could be, with the M22 struggling to strike the right balance between light and shade. It tends to err on the side of allowing too much light to penetrate the brightest areas of photos, resulting in starkly overexposed skies.

Results in low light aren’t always the best, with plenty of noise apparent in both lighter and darker areas of pictures. Night Mode brightens things up a touch, but images remain grainy and the effect isn’t as beneficial as you’d hope it to be.

The ultrawide angle mode expands the field of view from 80 degrees to 123 degrees, a perspective-changing alteration that can completely transform scenes, turning an ordinary vista into something lively and dramatic, albeit with slight barrel distortion in the corners; for example, compare and contrast the below shots of a garden, with the first coming from the main camera and the second from the ultrawide:

It’s a lot of fun to use and can produce genuinely captivating shots, although images do not hold up well to any amount of zooming or cropping, with lots of noise and soft edges becoming distinctly apparent even after the smallest amount of digging.

Other notable features include OIS, up to 10x digital zoom (you’re much better off cropping a non-zoomed picture), Portrait Mode, Pro Mode, Hyperlapse, and Slow Motion, which is captured in HD at 120fps, as opposed to regular video footage, which is shot in Full HD at 30fps.

The 13-megapixel f/2.2 selfie camera can produce pleasing shots, though Portrait Mode can both enhance and detract from them. Being able to manually adjust bokeh is useful, but frilly edges, such as hair, can break the illusion, with some bits remaining in sharp focus and others being blurred out.

Exposure is again a slight problem, though colour tones are more natural than those captured by the rear cameras.

One of the most common issues with cheap and lower mid-range smartphones is performance, but that’s not the case here. The Galaxy M22 is a zippy handset that has handled everything I’ve thrown at it without so much as a hitch.

It’s powered by the Mediatek Helio G80 processor, the same hardware that features inside the Xiaomi Poco M2, Realme 6i and Samsung Galaxy A22.

While the raw benchmarks aren’t awe-inspiring (see the table below), in real-life use the Galaxy M22 will satisfy most people’s needs.

You can multitask without any noticeable drop in performance, streaming is perfectly smooth, and it handles intensive games, such as Asphalt 8, without a hitch. Plus, the 90Hz refresh rate makes gameplay look even smoother.

Quite simply, it works exactly as you’d hope it would.

The Galaxy M22 has received the upgrade to Android 12, which runs under Samsung’s OneUI Core skin, which is one of the least offensive third-party user interfaces out there.

It still forces you to install a range of apps, such as Candy Crush Saga, Facebook, Coin Master, TikTok, and Samsung’s entire productivity suite, but it’s easy to use and low-key.

Battery life was a potential concern, seeing as the M21 uses a 6,000mAh cell and the M22 features a 5,000mAh battery, but I’ve regularly been able to get around two days of use out of a full charge.

That’s very impressive for a phone that’s as fully featured as the Galaxy M22, and a key selling point.

An hour of online music streaming used up 6% of its battery, while an hour of playing downloaded music used up 3%.

The Galaxy M22 offers 25W charging, which isn’t the quickest but is at least a step up from 15W, but frustratingly, Samsung ships the Galaxy M22 with a 15W charger.

Using the equipment supplied in the box, it took 58 minutes to get the Galaxy M22 from a flat battery to a 50% charge, and 2 hours and 9mins for a full charge.

However, 25W charging was possible with a range of different chargers from different manufacturers that I happened to have lying around the house.

A cheap all-rounder that does almost everything well

Lowlight photography leaves a bit to be desired

The Samsung Galaxy M22 is a wonderfully balanced smartphone that eschews raw specs in favour of a great overall user experience. It ticks almost all of the important boxes, and proves that you don’t need to break the bank for a device that can do it all. 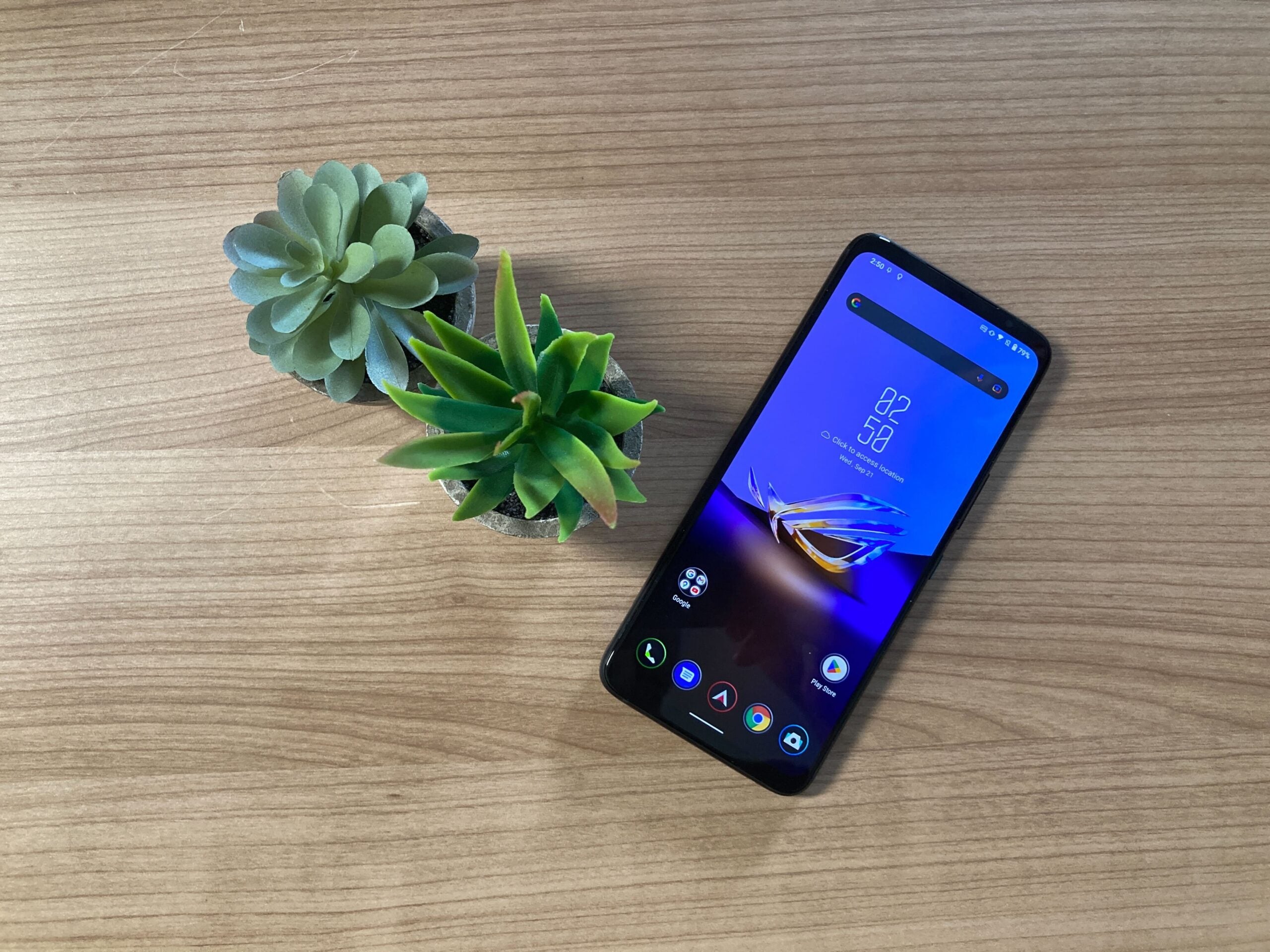 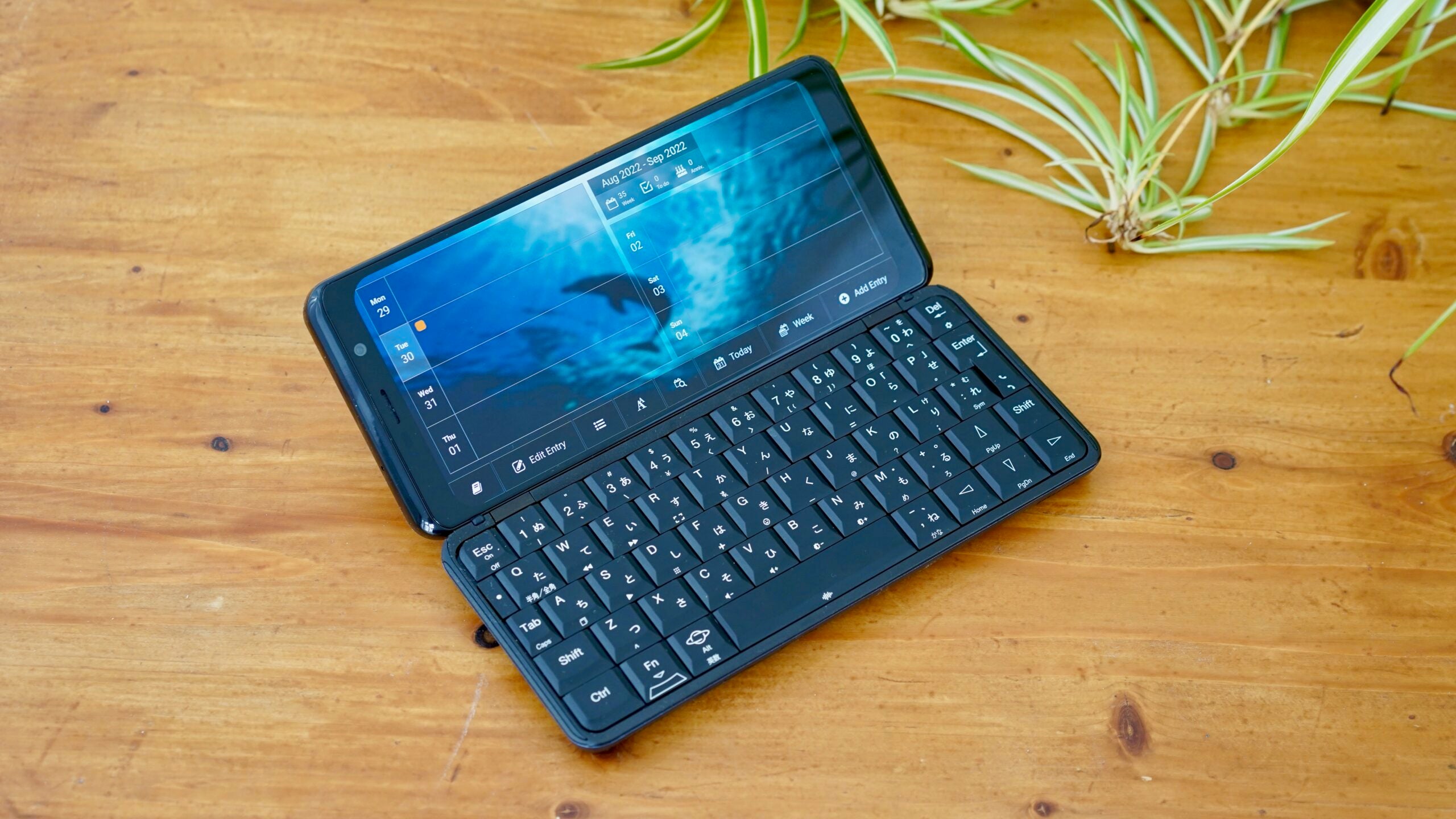 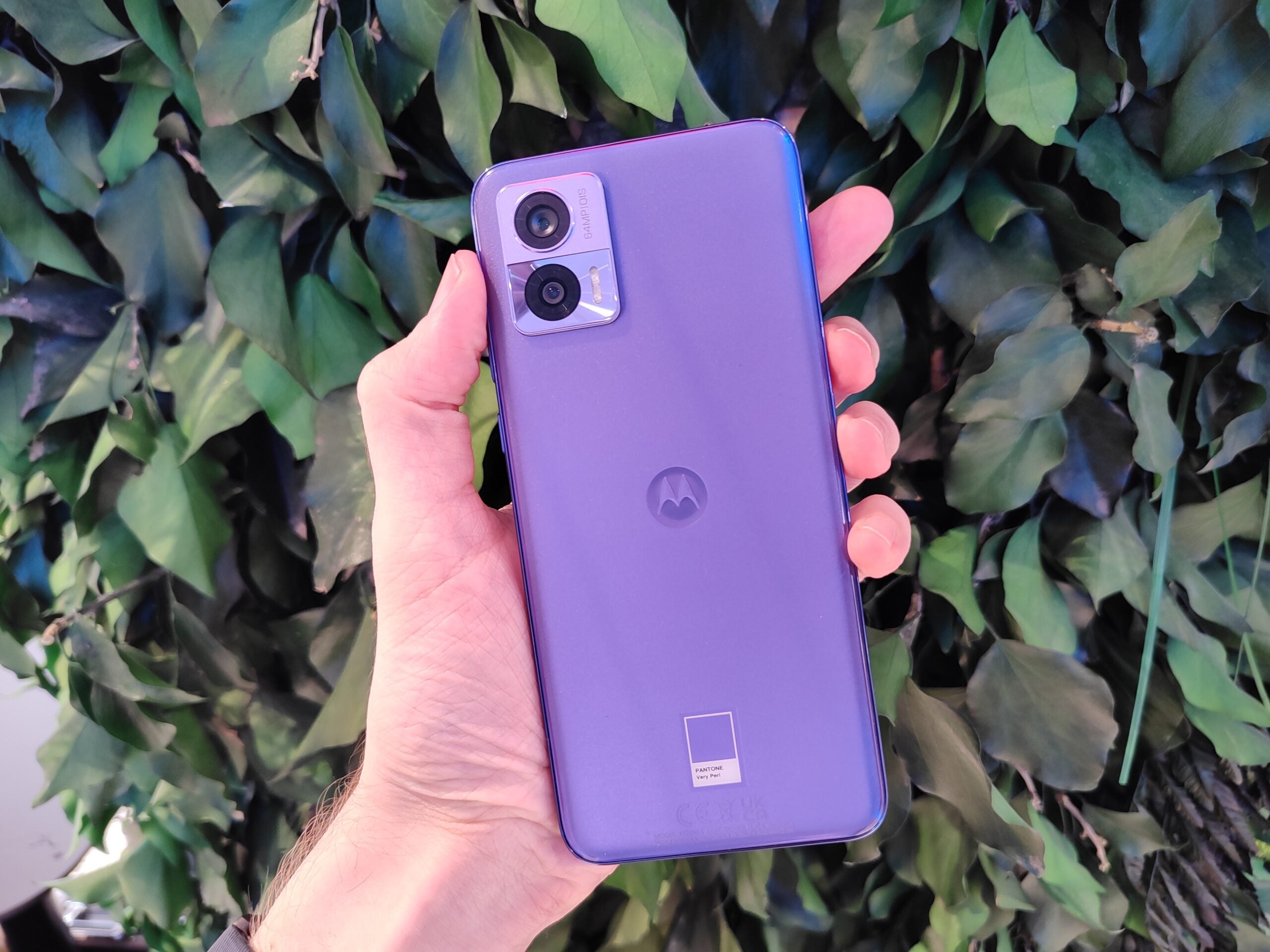 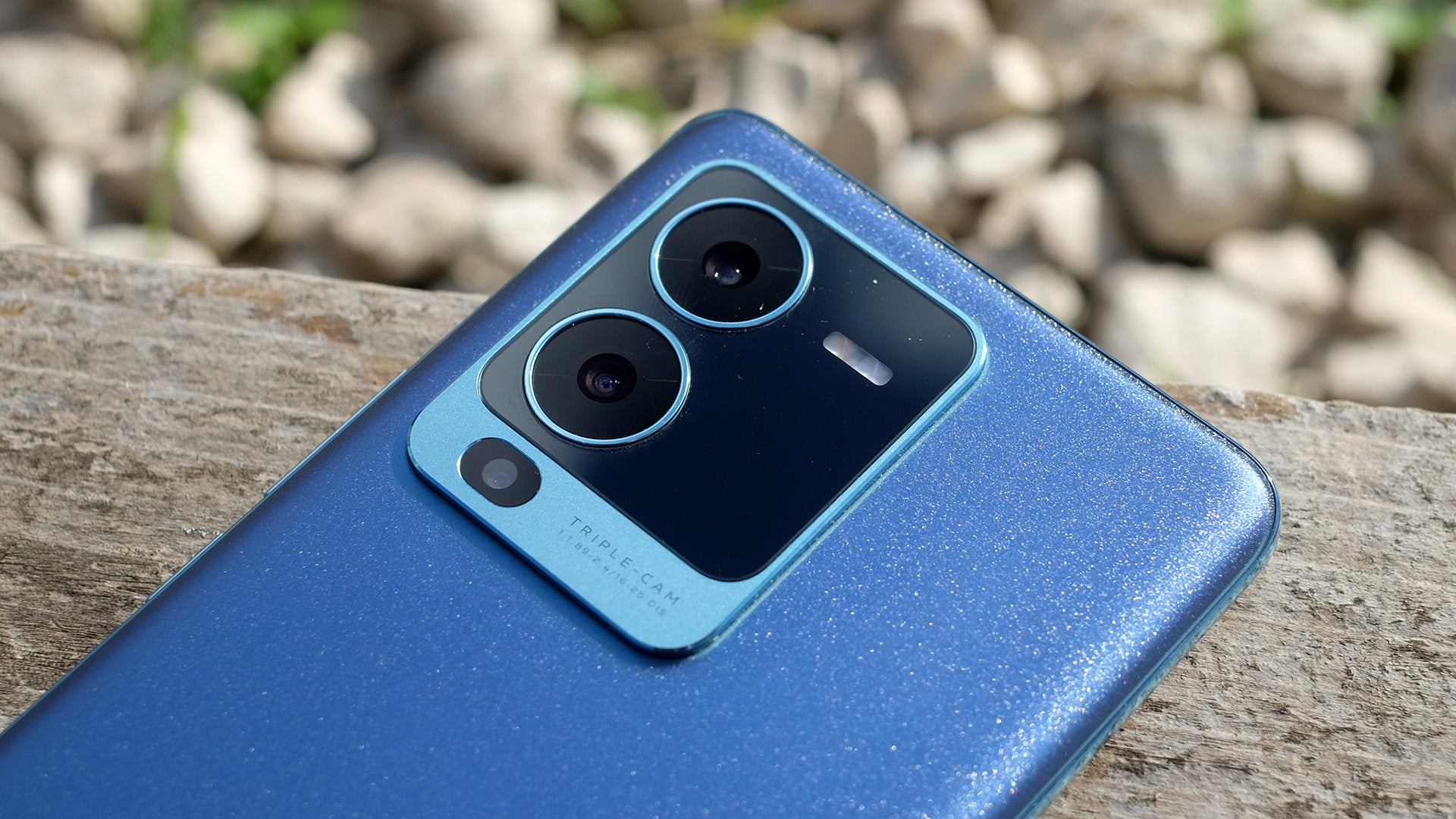 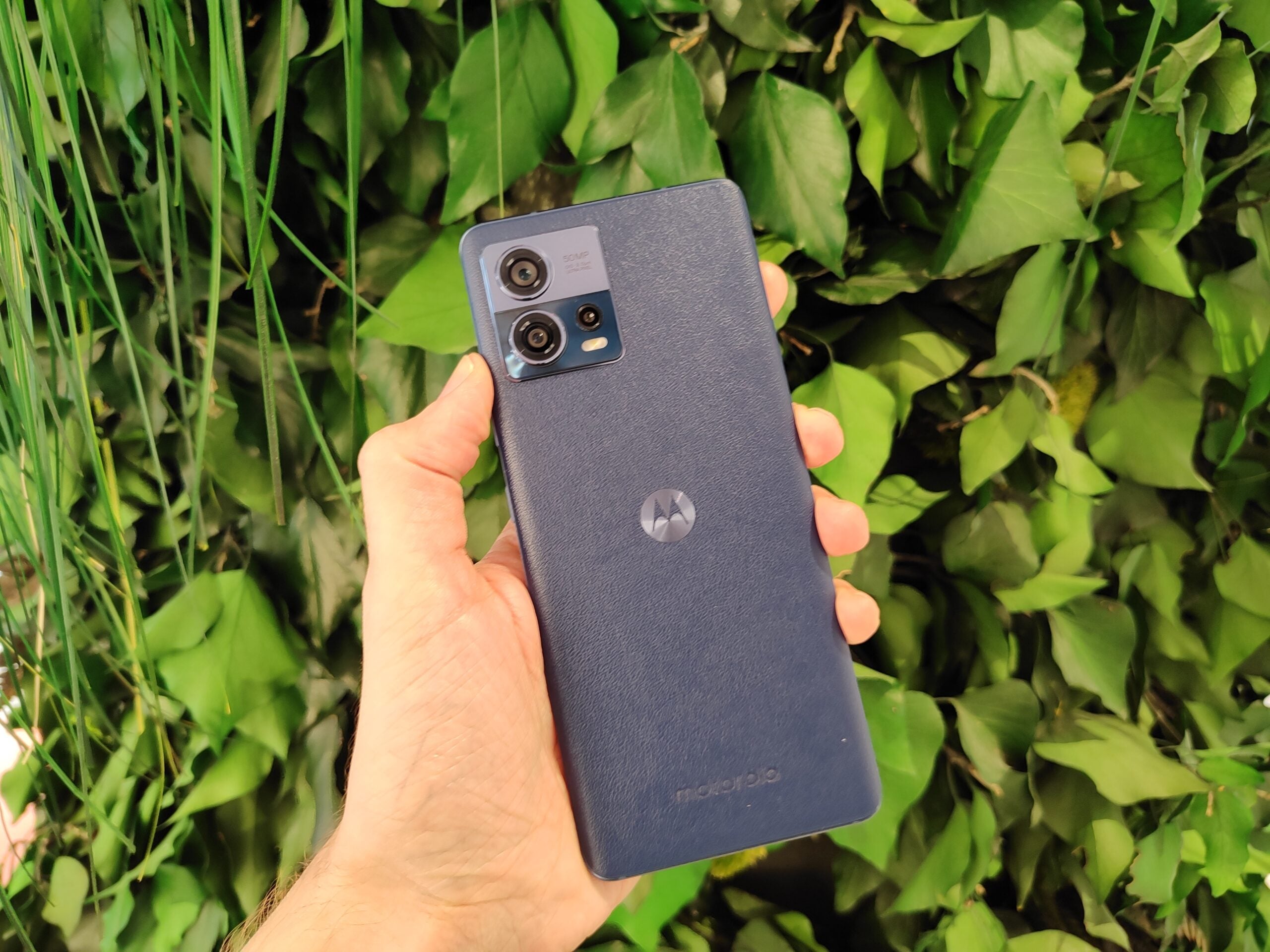 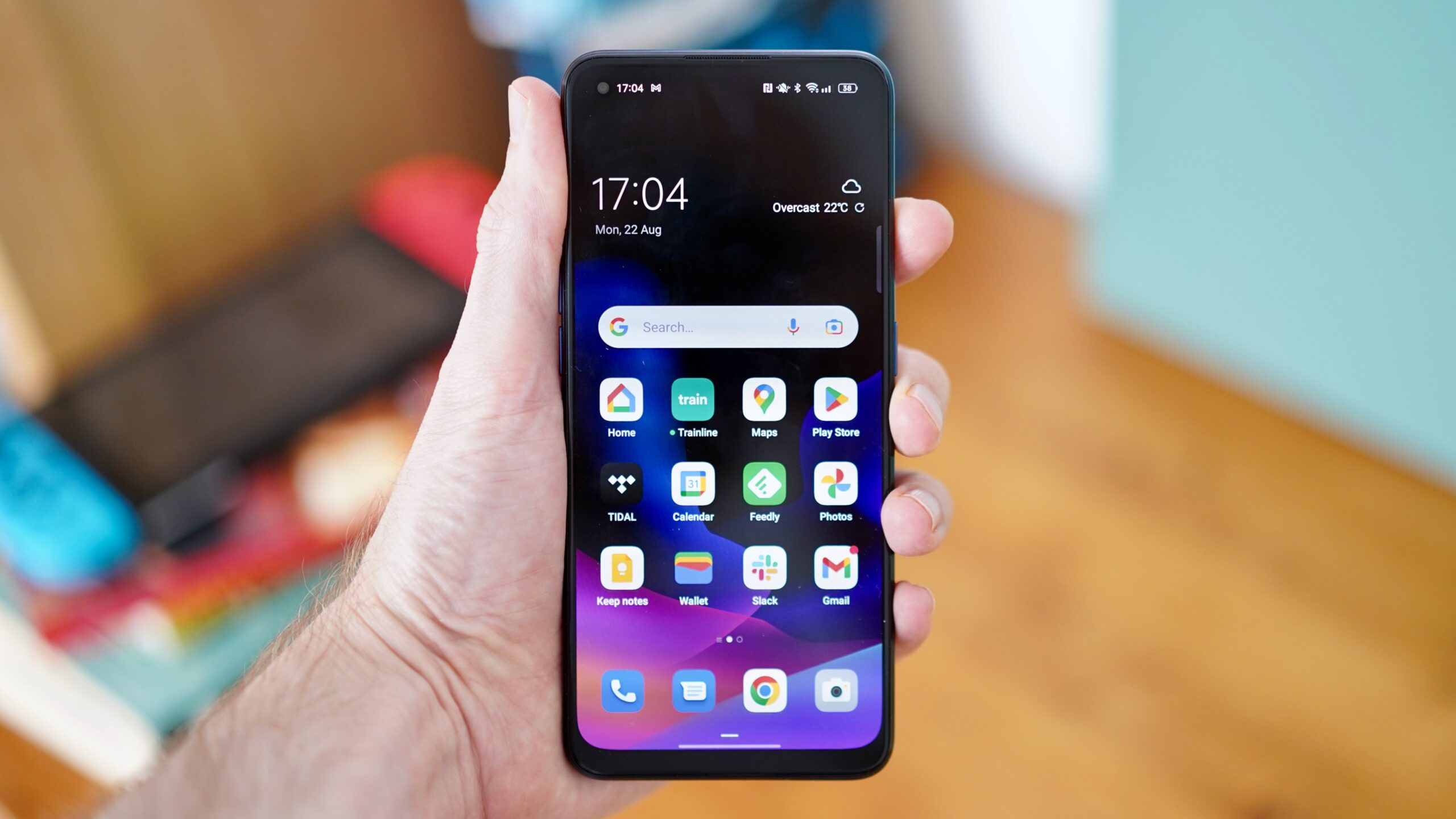 Does this phone have 5G connectivity?

No, you can only get 4G mobile data with this handset

It’s available in Black (as seen in the review), White, and Light Blue