The Roccat Renga Boost gaming headphones certainly have limitations when it comes to bass and design, but they’re still a great budget buy for anyone who isn’t an audio geek

What are the Roccat Renga Boost?

The Roccat Renga Boost are a pair of budget gaming headphones available for just £50. Plus, they’re perfectly suitable for screaming at your squad mates in Apex Legends and the like.

With supposed “studio grade” audio quality, compatibility with almost any computer, console or device, and an in-line remote for easy mic and volume controls, the Renga Boost offer virtually everything you’d want for your online pursuits.

Of course, Roccat has cut corners to drive down the price, so these headphones are by no means premium. But if you don’t fancy spending a fortune on a pair of cans, it’s hard to complain too much about the Renga Boost headphones.

It’s in the Renga Boost’s design that the budget constraints become immediately obvious. Rather than a cushiony, well-padded headband resting upon your head, you get a plastic one that looks like a leather wannabe.

Is it comfortable? It’s fine: you could wear the Renga Boost for prolonged periods without suffering any discomfort. But I’d hardly call them snug. They’re at least extremely light at 210g. 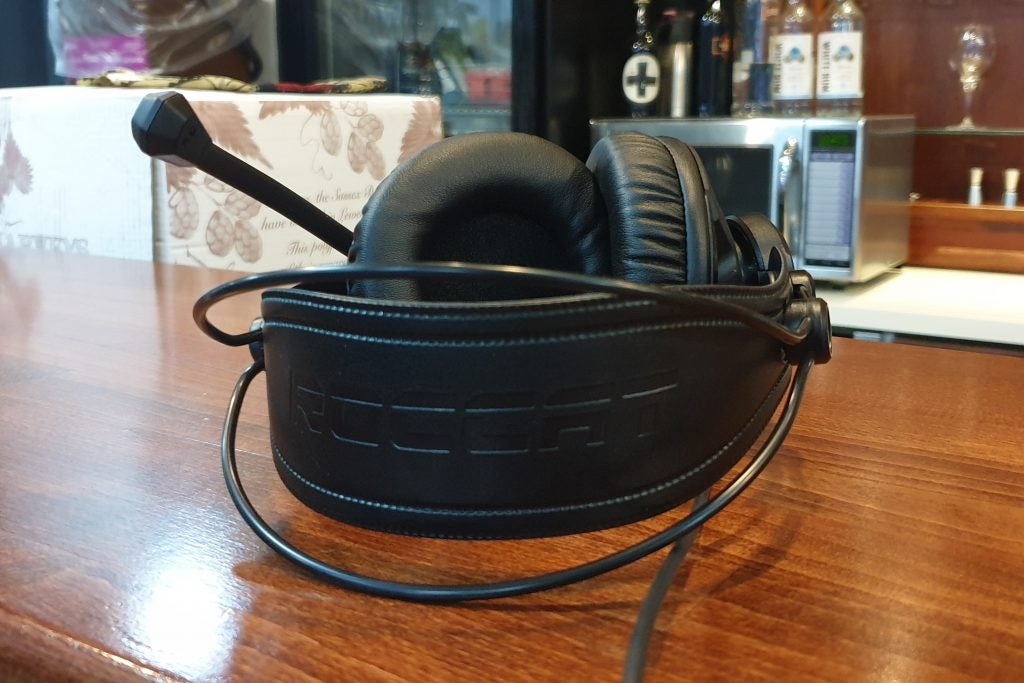 The Renga Boost headband could do with some extra padding, although it isn’t uncomfortable to wear

Aesthetically, the Renga Boost headphones are quite unsightly, too. Not only do they rock that flimsy plastic headband, but there are also two wires jutting out from the top of the headphones that connect the two earcups.

These headphones really don’t look like gaming models, but rather something a football commentator or sales assistant would use. This isn’t helped by the fact they’re available only in black; they lack flair and personality.

A saving grace are the ear cups. There’s sufficient padding here to keep ears cosy and prevent them becoming sore, which can often be an issue with other gaming headphones at this price bracket. That said, my ears are fairly small; one of my co-workers found that the Renga Boost resulted in soreness after an hour or so of use. How you fare will depend on the size and shape of your ears.

The 3.5mm cable continues the theme of practicality over style. It’s so long that you’re likely to be able to wear this headset at your laptop/computer while it’s plugged-in on the other side of your room. Although the length of the cable can also be a source of frustration – I often found it became wrapped around my chair or leg like a windswept scarf.

Being a budget pair of gaming headphones, there aren’t a huge number of features on offer here. The in-line remote at least allows me to easily tweak the volume or disable my microphone when I can’t be bothered to engage in multiplayer chat. 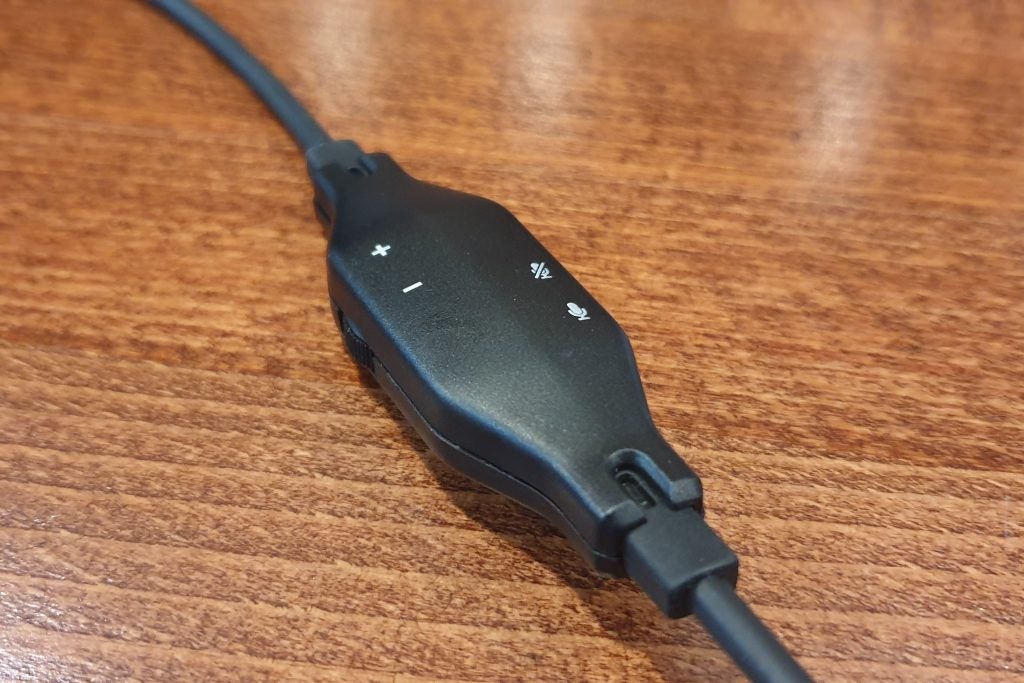 Rather than using USB, the Renga Boost features a 3.5mm headset jack so you can use these cans with virtually any device including PC, PS4, Xbox One and Switch. But while I can confirm the microphone works with the PS4, I can’t confirm if this is the case with the Xbox One, which can be a little more temperamental with third-party peripherals.

In terms of music, they display a lack of detail. You won’t get quite the same impact here when Anthem’s triumphant soundtrack kicks in. In addition, the 50mm drivers struggle to produce a dynamic performance once hellfire gun fights kick off.

Worst of all is the bass. There’s a fuzzy sound to the jetpacks in Apex Legends, while you won’t hear the crisp blast of grenades that you’d get with superior headphones.

However, the Renga Boost excel for dialogue clarity. Characters were always easy to understand and didn’t ever sound muffled. The mid-range performance appears to be solid, too, with the headphones struggling only once the action went up a notch. 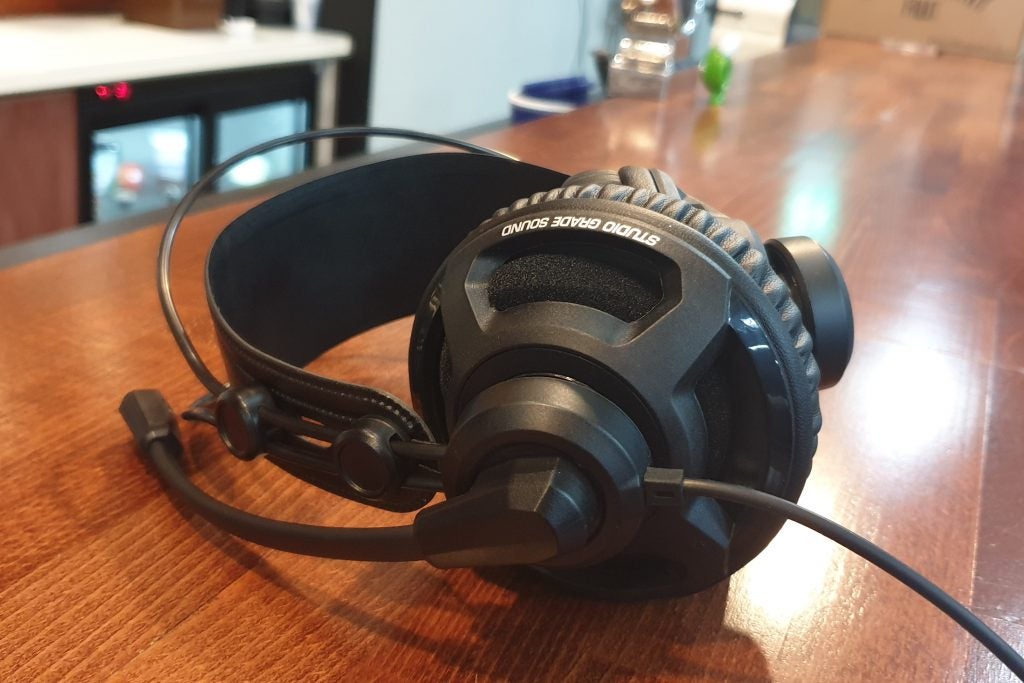 The Roccat Renga Boost display adequate audio quality, although they could do with a bass boost

Volume can be cranked up to a surprising degree, although it’s unlikely you’ll want it too loud since it is at such volumes that Renga Boost’s limitations begin to show; they start to sound harsh and unfocused. Importantly, the Roccat Renga Boost headphones offer spatial sound, so you can pinpoint in which direction an enemy may be sneaking up on you.

While audiophiles will almost definitely cringe at the overall performance of the Roccat Renga Boost, they’re perfectly adequate for those looking for a capable pair of cans at a super-affordable price.

The rotatable microphone extends out of the left ear cup of the Renga Boost, being flexible enough to point towards your chin or your forehead. Not that you’d want it to.

The microphone’s arm itself isn’t as adjustable as I’d like, though; it would on occasion annoyingly snap back into its original position as I was trying to point it closer to my mouth. 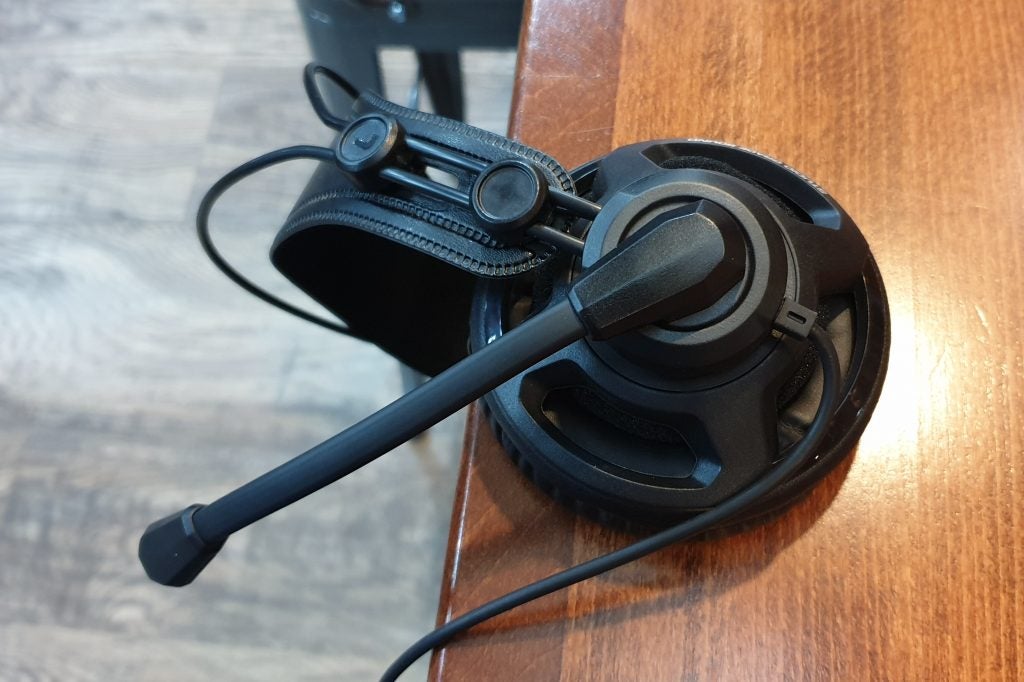 The microphone picks up your voice clearly, although outputs it too quietly for my liking

I’ve found the actual microphone quality to be inconsistent, too. Sometimes my voice comes out clear; at other times it sounds like I’m talking with a mouthful of Coco Pops. Fortunately, the former result was the most common, offering a solid performance whether I was screaming my lungs out or just engaging in typical chatter.

The microphone did struggle to output my voice at a high volume, however. With the volume turned up to max, it still sounds like I’m talking a little quieter than usual. The bonus here is that the microphone doesn’t pick up a lot of background noise.

The office playlist was blaring in the background, yet the microphone never picked up the cringe-worthy Weezer tunes. However, it did pick up the laughs of my neighbouring colleague – but he doesn’t exactly have a whispery chuckle, so that’s still a pass from me.

Why buy the Roccat Renga Boost?

The Roccat Renga Boost does the basics pretty well, with a clear (if inconsistent) microphone and audio quality that’s certainly acceptable.

While the bass is shoddy and the design reeks of budget, its flaws are mostly forgivable considering the Renga Boost cost just £50. That’s half of the price of some of its competitors.

And with outstanding versatility – working with PC, PS4 and Switch among others – you’re certainly getting fantastic value for money if you’re willing to put up with its sub-par audio capabilities.

The Roccat Renga Boost gaming headphones certainly have limitations when it comes to bass and design, but they remain a great budget buy for anyone who isn’t an audio geek.