The RHA T20 are high-end earphones. They’re the second attempt at a real high-end set from RHA, after the slightly disappointing RHA T10.

Earphones aren’t like phones: If you’re virtually replacing a lineup-leading set only a year after the original, it amounts to an admission that something wasn’t quite right the first time around. The RHA T20 are a big improvement on the T10’s, however, with the new driver more or less fixing the bloated sound problems of the latter.

We’re not sure we’d pick the RHA T20 over the higher-end offering from Shure and Sennhesier, but fairly smart pricing makes these a good pick if you want a rich-sounding, powerful set of headphones that also offer nicely measured sound balance.

See also: These are the best earphones on the market 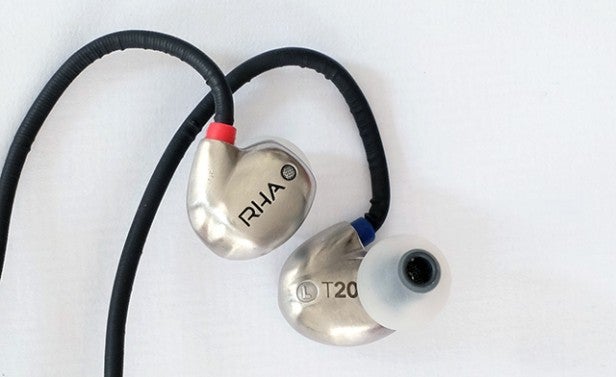 The RHA T20 have a similar design to the RHA T10. They use shells that are similar to the classic Shure SE range in shape. In the pricier Shure models, the size is justified because sets such as the SE535 and SE425 use multiple balanced armature drivers. They need the space just to cram them in.

However, the RHA T20 are single-driver earphones, using dynamic drivers. They’re not your average dynamic drivers, though. The earphone equivalent of dual-concentric speaker drivers, they effectively fit in a tweeter into the main speaker “ring”. As we’ll see later, this appears to fix the “splodgy” bass issue of the RHA T10.

Of course, part of this could simply be down to smart retuning. 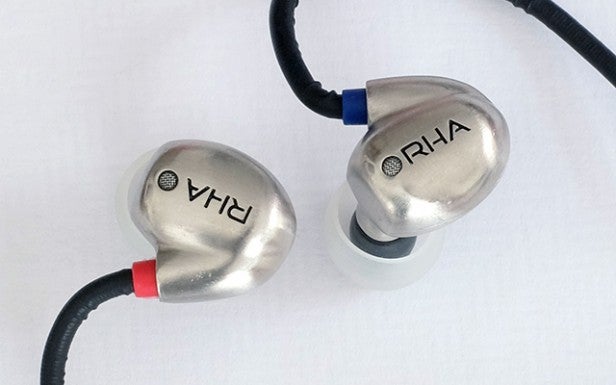 Back to the design. The RHA T20 have large-ish shells cast in stainless steel, with an earhook style that involves a shape-retaining length of cable by the section that meets the earpiece. You generally only find this style in more expensive earphones, but it isn’t to everyone’s taste. Make sure you’re happy to wear your earphones “over-ear” before buying.

They’re not too picky on fit, though. You can generally bung them into your ears without too much fiddling to get a good fit. Part of this is down to RHA’s inclusion of lots of different tips, in various sizes and with some made of foam as well as silicone.

Like the RHA T10, the T20 cable is non-removable, but it is pretty thick and pretty tough. The feel and thickness are slightly better than those of the T10, suggesting this is something RHA has worked on over the past year.

The RHA T20 have almost no extra features. There’s no in-line remote, so no music control or handsfree call functionality. RHA plans to remedy this with a T20i version, due out soon. You can expect the earphones to be near-identical, apart form the new cable housing. 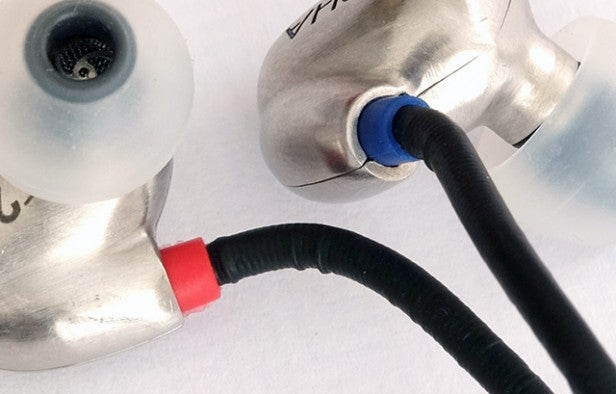 We’ve already told you that the RHA T20 are a significant sonic improvement over the T10. Where the original pair is powerful, it doesn’t have the finesse required of an earphone of its grade.

The RHA T20 fixes that, offering you a much more balanced sound. It doesn’t let the powerful bass expand out of its own “zone” and start trampling over the other frequency ranges, which is an important change, making this pair a classic case of “what the last should have been”.

The tone is what some navel-gazing audio types might call “musical”, in that it doesn’t push for obviously sharp treble detail or a needle-point accuracy. However, it retains all the characteristics we liked about the RHA T10.

The sound is powerful and the bass has the obvious authority that is sometimes traded away when earphones get serious. And they sound big, with a more vivacious, perhaps aggressive, presentation than earphones such as the Sennheiser IE8i. 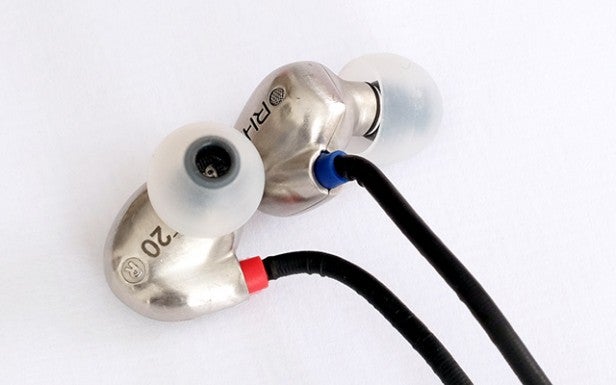 A cut in bass often goes hand-in-hand with a move to balanced armature drivers, which the RHA T20 don’t have. Sennheiser is another company that sticks with dynamic drivers for even its high-end earphones, if you’re keen on holding onto big bass but want a higher-end set.

If you like a taut, lean-sounding bass then I still wouldn’t recommend the RHA T20 too strongly. Bass is far better controlled here than in the RHA T10, but the powerful low-end still tends to emphasise natural bass resonance in acoustic instruments such as the double bass pretty strongly. However, where the T10 bass could become flat-out bad, the T20 never gets to that. 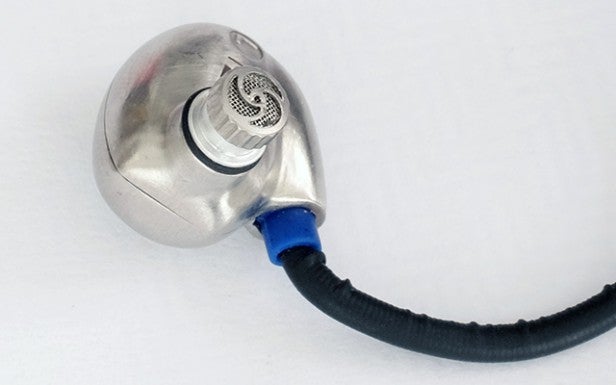 Once again, there are sound filters that screw onto the end of the T20 earpieces, allowing you to tweak the sound for more emphasis on bass or treble. And as is often the case with these “booster” filters, you’re best leaving them alone and using the “neutral” filters.

While they add to the bass and treble, the RHA T20 sound most balanced with the “intended” sound signature, rather than when bumping up either end of the frequency range by a couple of decibels.

The filters are almost like an apology for those who don’t quite end up with the sound they expected when they bought the earphones. That is perhaps a little harsh, but when you’re spending almost £200 on earphones, there are several excellent choices for most kinds of signature. 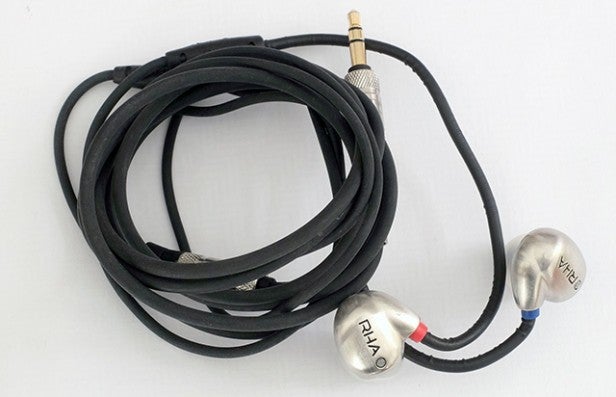 The RHA T20 are this company’s first fully successful attempt at an inner-ear monitor earphone. They follow the T10s – earphones that didn’t quite make the grade expected thanks to their overblown bass.

Without changing the earphones basic aims, the RHA T20 solve the major sound problems of the earlier pair by reining-in the bass and increasing the upper-range presence. Part of this might be down to more careful tuning, but giving some of the credit to the new dual-coil driver makes sense.

If you want a conspicuously “high-end” sound then the RHA T20 isn’t the most capable among the earphone flagships. However, since the T20 cost less than many, they’re a good pick if you’re after a lush sound rather than a more clinical one.

High-end earphones that offer powerful sound, and much greater balance than their predecessors.