The RHA T10i are the highest-end earphones we’ve looked at to date from RHA. We quite commonly see its entry-level RHA MA450i model in people’s ears, but the company is now getting serious. Costing £150 and with the sort of design that makes them more like pro in-ear monitors than the kind you might buy on the high street, the RHA T10i excude seriousness. They even let you customise the sound using three sets of metal filters.

With some serious problems with two of the three sets of filters, we think RHA is yet to really ace the high-end headphone formula. However, with one of the most immediately powerful-sounding signatures we’ve heard in years, there’s plenty here for those who appreciate a weightier sound. 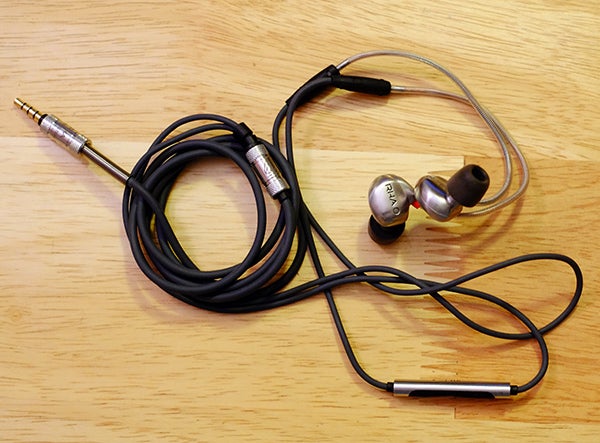 The RHA T10i are large earphones worn over the ears. Those into their audio might give you a nod of geeky recognition, but friends are more likely to tell you they look like hearing aids.

Of course, this style is nothing new, as it’s common to many higher-end pairs of IEMs.

The RHA T10i are particularly bold, though. Their shells are made of stainless steel, but moulded to a similar organic-ish shape seen in the Shure SE535. 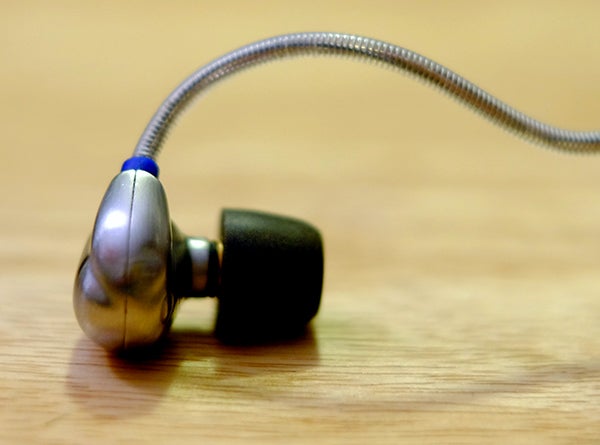 Metal is often used to make earphones look sleek and expensive, but here the effect is far more industrial. With a residual roughness to the finish and a clear seam between the two halves that make up each earpiece, they are not pristine. But perhaps that’s not the desired effect as they also seem extremely hardy.

One issue with using steel is that it’s relatively heavy — more so than aluminium or titanium, which we recently saw used in the Atomic Floyd SuperDarts. With giant earpiece bodies, the weight would be an issue if it wasn’t for the ear hook design.

Malleable sticks wind over your ears, acting as a stabiliser that eradicates just about all comfort and microphonic noise issues. We imagine the fit of the RHA T10i will divide opinion, but we found them very comfortable for listening sessions long and short. 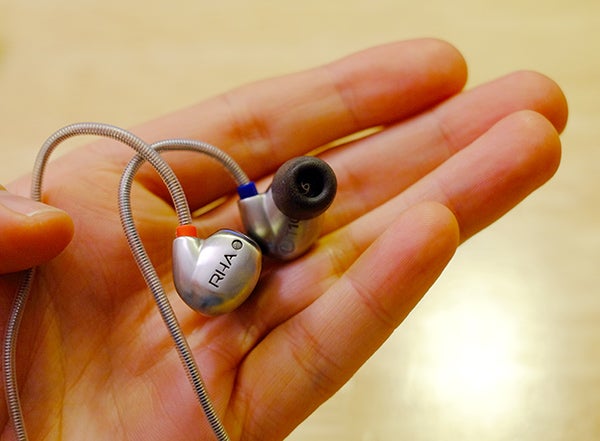 Despite having a bass port on the side of the side of the earphones, noise isolation is great too. Or to be more specific, the results are great. While you wouldn’t want to use the RHA T10i as earplugs with no music playing, their supremely powerful sound means you really don’t need to have perfect isolation to combat noisier environments.

The RHA T10i also come with a supremely generous set of tips to get you the best fit possible. There’s a whopping nine sets, including single- and double-flanged silicone ones, and two pairs of excellent Comply foam tips.

There’s also a wallet-style carry case. What’s missing here is a removable cable. While the RHA T10i feel rugged, it’s game over if something happens to the cable. 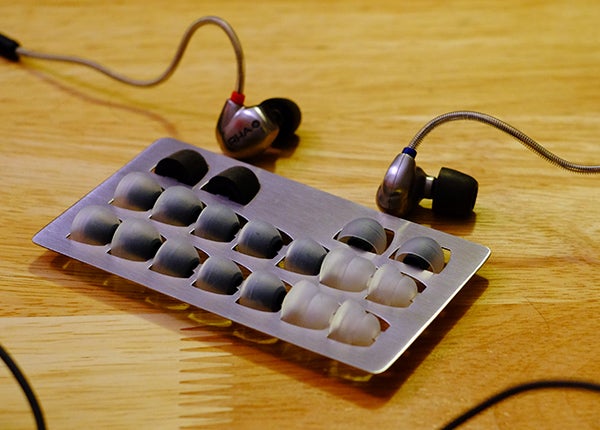 As with many other pairs of earphones, the ‘i’ in the RHA T10i name tells you they have an in-line remote designed primarily for use with iPhones and other Apple devices. It’s a standard 3-button affair, letting you control calls and music playback.

What’s more unusual is the little metal plate in the box, which keeps the tuning tips safe. The RHA T10i has three sets of metal filters that alter the tone of the headphones’ dynamic drivers a bit, screwing into the earpieces to form the whole outer aperture of each earpiece. 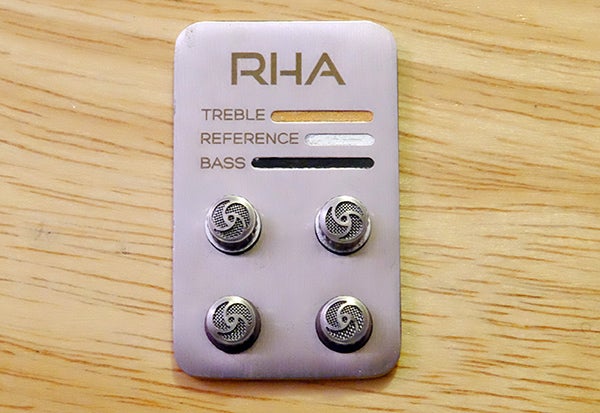 We started our testing with the ‘reference’ filter, because in theory it should give us what we’re after — the most balanced and natural sound the RHA T10i are capable of producing. It doesn’t though.

The RHA T10i are extremely powerful-sounding, bassy earphones. It’s not just bass slam they provide either, but good sound scale. Light and delicate they are not, valuing bombast instead.

Our big issue with the sound is that with the ‘bassy’ and ‘reference’ tips, the sound is unbalanced. While the lower registers do not bleed into the mid-range horribly as they might with a lower-quality bassy earphone, that the lower-frequency parts of the sound are just so much louder than the rest of the mix unsettles just about every arrangement.

Vocals end up submerged under seas of strings, bass drums and bass guitars. What’s underneath may sound good, but the levels are all wrong. If there’s a low-frequency dirge underpinning a track, it’ll pull way too much focus when played through these earphones. Far too often tracks just don’t sound anywhere near close to ‘as intended’ due to ill-advised tuning.

In short: ‘reference’ is about as far from reference as you can get, at least in what is clearly an earphone using a very capable driver. 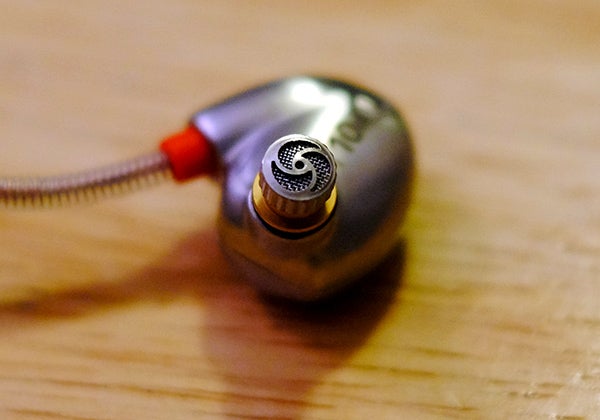 We were about to write off the RHA T10i as criminally mis-tuned, but found much less problematic results with the treble filters.

From now on we’ll be appraising the RHA T10i with the treble filters in, as the others are just not satisfactory to our ears. Not at £150.

The extremely muscular bass character remains, and while it is a little aggressive still, the situation is much improved. Balance is — mostly — returned, treble presence increases and the really quite pleasant, smooth mid-range is given much more prominence.

The RHA T10i have a warm and easy tone that, in concert with the fairly good treble detail, produces a very satisfying sound. It’s still not delicate or pristine and the warmth gives it a thickness that some of you may not be after. But the impressive power is kept in check, making it much easier to enjoy the positive aspects of the T10i: scale, power and a warm tone many will like.

However, given the issues with the other filters, we’d really like to see RHA have another tuning pass at the T10i. While we’re fairly happy with the performance of the treble filters, it’s still a sound for those after a fairly warm, bassy earphone. 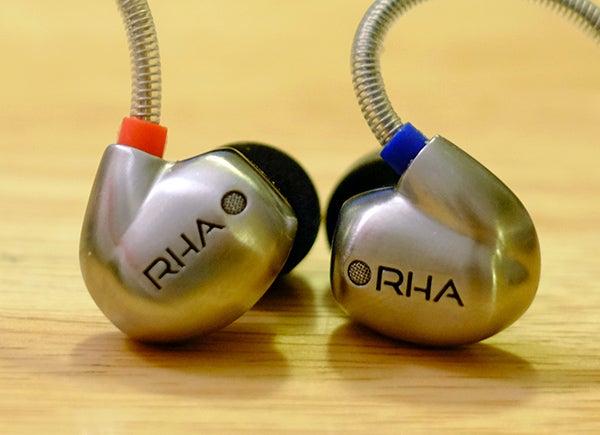 The T10i are a very interesting first attempt at a true high-end earphone from RHA. They’re interesting, offering far more power and bravado than we’re used to from top-tier headphones.

However, they ultimately feel like a commendable first go that needs to be reinspected and retuned a bit before they reach what we think the drivers are capable of. If you don’t have a year to wait for this second model — whose existence we have just fabricated — the treble filter sound of the RHA T10i is definitely worth experiencing for those who want a higher-end earphone with real gusto.

Still, we can’t help but feel that many of you would find the Shure SE425 to be worth the 25 per cent extra cost, as they are sonically less problematic.

They have more power than Zeuss, but not everyone will get on with the tuning of the RHA T10i.