Sennheiser’s low-end earphones and headphones grab plenty of attention. The CX300 IEMs are some of the most popular budget headphones around and the PX100 are headphone demigods. But its expensive offerings are all-too often overshadowed by earphone leviathans like the chunky Shure SE535. The IE8i need stay in the shadows no longer.

At £200, the Sennheiser IE8i are direct competitors for some of the best non-custom earphones in the world, including the Ultimate Ears Triple Fi 10 Pro, Klipsch X10i and Etymotic ER4P. That’s like being at a dinner party with Oscar Wilde, Mark Twain and Stephen Fry and trying to rob them of the conversational limelight (granted, Wilde would probably turn Fry into a stuttering mess). 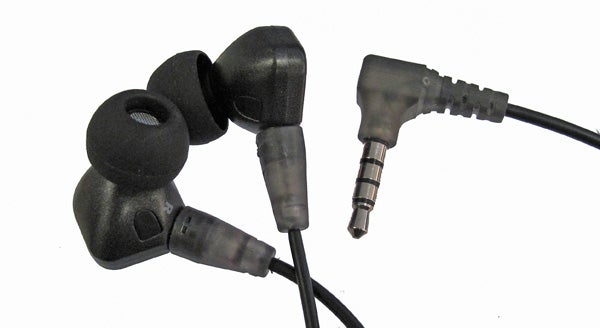 Unlike almost all IEM earphones at this price, the Sennheiser IE8i use dynamic drivers instead of balanced armature drivers. Other than supplying this set with a rather different sound from rivals, it gives the earpieces relatively large apertures – the bit where the sound comes out. This may make the earphones less than comfy for those with tiny ear canals, but for the rest it’ll pose no problem. 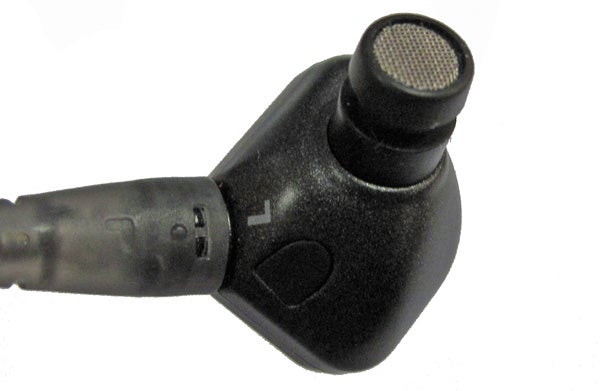 The earphones come packaged in a near-indestructible plastic case, inside which the earphones are protected further with more plastic and foam. It took us a while to free the IE8i from their foamy tomb, but that’s an indictment of our intelligence rather than the packaging. We’d still say it borders on the excessive though.

Inside are the earphones, a cleaning tool, a rigid plastic case and an admirably generous 10 pairs of foam and rubber tips. There are standard rubber tips, standard foamies and two types of dual-flanged rubber doo-dads. One type features rubber bits that fold backwards as normal. In the other, they stick out straight. Each comes in the standard variety of small, medium and large sizes.

We found the most comfy fit with the standard rubber tips (a point of personal preference and nothing more), but also found that they would behave rather oddly when removed from the ears. Sennheiser tips are less thick than Shure’s olive tips or Ultimate Ears’s rubber bungs, and this often leads to them inverting when pulled out – due to the pressure created by a good seal with your ear.

It’s a small point to make, and one that shouldn’t compare with sound quality concerns at this price, but we found it annoying nevertheless. The Sennheiser IE8i can either be worn over-the-ears or as standard, with the cables dangling freely down from your ears. To make this convertible design work, two semi-flexible ear loops are included. The earphone cable slots into a ridge on each loop, keeping it in place. The cables will inevitably work their way loose after a while – which they don’t in the integrated solutions offered in the Shure SE535 and Ultimate Ears Triple.Fi 10 – but the grip is far more secure than in the similar Phonak PFE 012. That flexibility is a bonus too, as some folk can’t stand wearing earphones over their lugs. 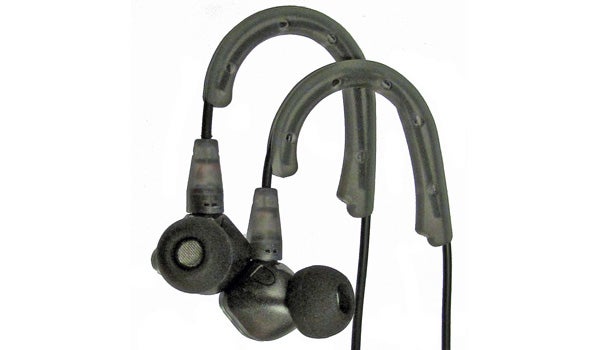 Like the Phonak pair though, with the loops attached these aren’t the best-looking earphones around. Even without the loops, the IE8i can’t compete with the comparatively sleek CX 980 or non-Sennheiser rivals such as the Klipsch X10i, Etymotic HF3 or even the bulbous Shure SE425/535. Anyone looking for earphones this pricey should care more about sound than looks though.

There’s one design element we love here though – the removable cable. It has taken a while for some high-end earphone manufacturers to cotton onto how important including a removable cable is, but it’s slowly becoming the norm. A replacement cable with the microphone housing costs £40, while the standard IE8 edition (without the remote/hands-free) costs £25-30.

The Sennheiser IE8i’s sound signature is defined by the dynamic drivers used. It’s warm and bassy, and not what we usually expect from a pair of earphones costing around £200. Up on the high-end shelf, earphones tend to become terribly serious, obsessing over accuracy and fidelity. Not so here.

However, these aren’t the bullish dynamic earphones you’ll find for less cash – these are probably the best dynamic driver IEM earphones in the world. 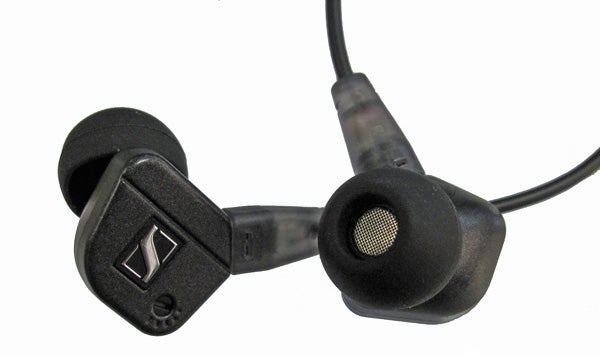 They have the voluminous bass recognised as a feature of dynamic earphones, but it’s taut, deep and as well-behaved as a diplomat. But it’s a diplomat who’s always ready to become the life and soul of the party. While this warm, bassy sound signature is a good catch-all approach to take at the low end of the earphone market, it’s more of a risk here up top.

It’s the opposite of what’s traditionally linked to the “audiophile” tone expected at this price. In order to combat this, Sennheiser incorporated the user-customisable bass dial, which sits on the outer edge of each earpiece. The dial is turned using a tool included as part of the package, and it subtly turns up the bass response. 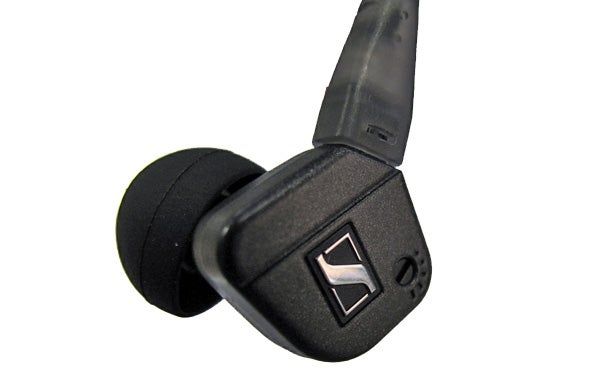 After some experimentation with various bass levels, we found the lowest setting to be the best, most balanced option. It supplies the powerful sound that’s the staple of these earphones without letting the low-end dominate.

Quite what magic Sennheiser has weaved to keep such a healthy low-end swell in-check within a pair of single-driver earphones remains something of a mystery, but it’s helped by the unusually wide soundstage. This provides excellent separation and a wonderful sense of space within complex arrangements that’s very rare in a bass-heavy earphone. This is truly one of just a few bass-crazy IEMs that will satisfy audio snobs. 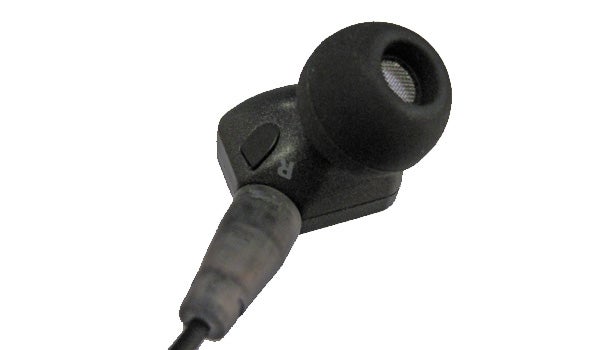 Greater treble insight can be found in the more traditional multi-balanced-armature brigade, such as the Ultimate Ears Triple.Fi 10, but there’s little point in chasing the Sennheiser IE8i from the start unless big bass is high on your priority list. We’ve criticised Skullcandy-toting bass hunters in our reviews in the past, but the IE8i earphones’ stellar bass deserves no detractors. The effect it has on the super-low frequencies of dubstep tracks is particularly praise-worthy – it’s scarily good – but it comes in handy with all genres because it’s kept in check.

The upgrade the Sennheiser IE8i offer over the previous IE8 model, reviewed back in 2009, is the on-cable hands-free microphone and remote control. It allows you to take calls while these earphones are jammed in your ears, as well as changing tracks and volume when listening to music. This housing adds around £20-25 to the retail price, compared with the IE8.

At £200, the Sennheiser IE8i sit alongside the Ultimate Ears Triple fi 10 and Shure SE425. Each has a different character – the Shure SE425 middy and mature, the Triple fi bright and fun, and the IE8i are bass-pump pioneers. Crucially though, they perform around the same level. This feat is all the more impressive when you consider the Sennheisers are powered by a single driver, while the Ultimate Ears earphones use three a piece.

The Sennheiser IE8i show that earphones don’t need six drivers to produce great sound. Using dynamic drivers, the low-end is more prominent here than in almost all pairs available at a similar price, but the quality of bass here is alarmingly good. It’s deep, taut and thoroughly exciting.

If you want an analytical, bright or completely neutral pair of earphones, you’re looking in the wrong place. But if your discerning ears are after a good time, you can’t go far wrong here.