Remnant: From the Ashes remains a fantastic game with a healthy community and is a great purchase for any hardcore gamer looking for a new challenge. Sadly - it's first major expansion is somewhat light on content to keep existing players satisfied.

Remnant: From the Ashes was a sleeper hit when it launched a year ago and for a good reason. It was the first game to successfully deliver a Souls-like, big boss battling experience with gun – rather than melee-focused – combat. One year on from its initial release, Remnant: From the Ashes – Swamps of Corsus is here to keep existing fans entertained while also hoping to entice new players.

While it’s not the huge update fans have been hoping for, it remains a substantial addition and perfect excuse for new players to jump into things. The DLC doesn’t add a new chapter to the story. Instead, it unlocks a new area full of fresh gear to loot, monsters to slay and places to explore in Remnant’s adventure mode.

The fact it doesn’t feature a whole new world is a little disappointing, but this is somewhat forgivable if you’re a newbie who plans to pick it up with the base game as Remnant’s core mechanics remain as fun as ever, and the new rogue-like survival mode is brilliant.

For those that missed it the first time around, Remnant: From the Ashes is a third-person shooter with RPG elements that drops your custom character into a bleak dystopian world where humanity is on the brink of extinction due to the arrival of a monster race known as The Root. 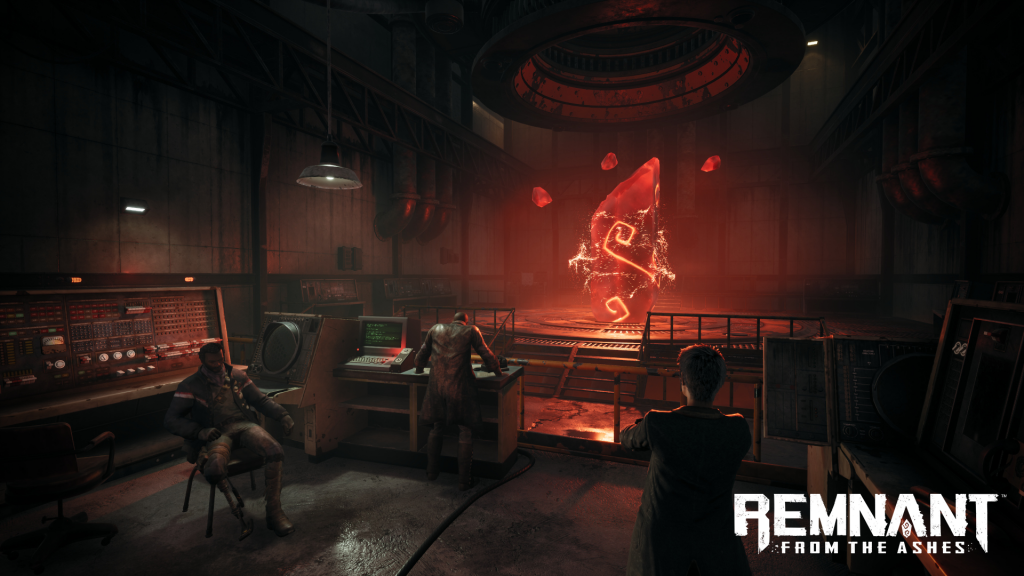 It tasks you to venture out into the world and find the source of The Root by exploring a series of different locales, each of which is filled with dungeons to traverse, loot to gather and big bosses to battle.

What makes it great is that each stage is procedurally generated, so the world changes each time you play. This means each playthrough will tweak the level design and change which dungeons and bosses you fight. This, in turn, means loot you collect and enemies you face will be different each time, ensuring that things stay fresh.

Renmant: From the Ashes has exceptional replay value as a result. Largely because the loot system is excellent – within hours you’ll become obsessed with collecting every single bit of armour and weaponry you can get your mitts on, eager to enhance your character and show off to your friends.

This is mostly down to how unique each item and weapon is. Going into combat, you’re allowed to carry two firearms and a melee weapon. Guns are your main damage dealers, while melee weapons act as a last resort once surrounded. 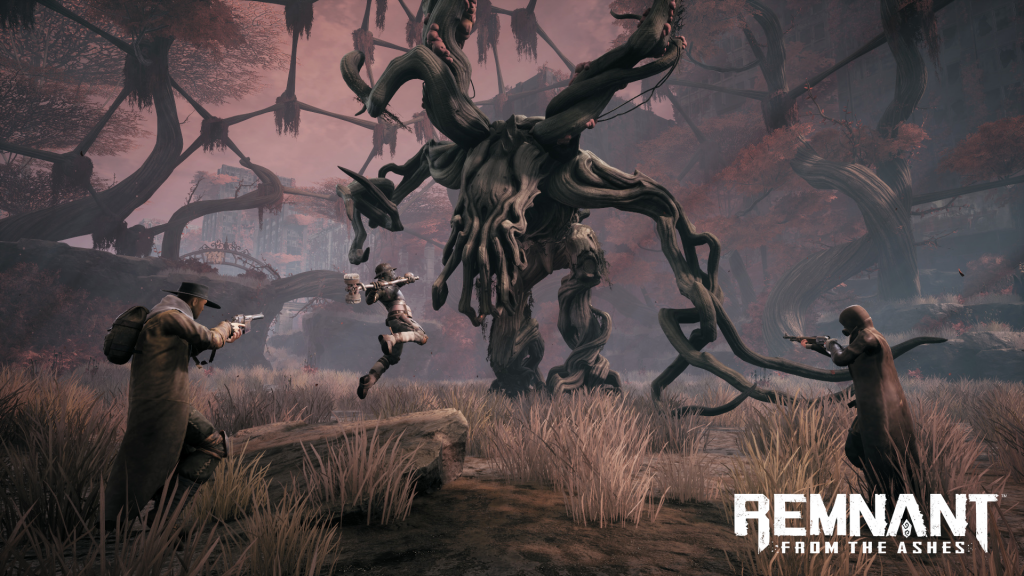 Early weapons include SMGs, assault rifles and shotguns, which are fun enough – and there’s nothing more satisfying than watching parts of your foe fly off after you’ve blasted them with a shotgun at short range.

But later on, things become far more interesting. Best some of the harder encounters and you’ll be rewarded with everything from beam rifles to crossbows and bombastic acid launchers – there’s even a weapon that blasts loads of hornets at enemies.

This makes the majority of firefights feel wonderfully varied and provides you with a serious incentive to replay areas in a bid to find and collect gear you couldn’t the first time around. Given the randomised nature of each mission, things growing stale is more difficult than you’d expect.

Swamps of Corsus is a worthy addition for new players considering it only adds £3 to the upfront cost when bundled. The only downside is that there’s not quite enough of it for returning players to justify its standalone asking price. While the increased difficulty it adds is welcome, there’s no getting around the fact experienced players will feel shortchanged.

This is because the entire new area resides in a world veterans will recognise, and all the new monsters are tweaks on familiar foes you faced in the main campaign. As a result, the entire area feels like a teaser that will leave fans wanting more. Here’s hoping Gunfire Games are working on something more substantial for the next expansion. 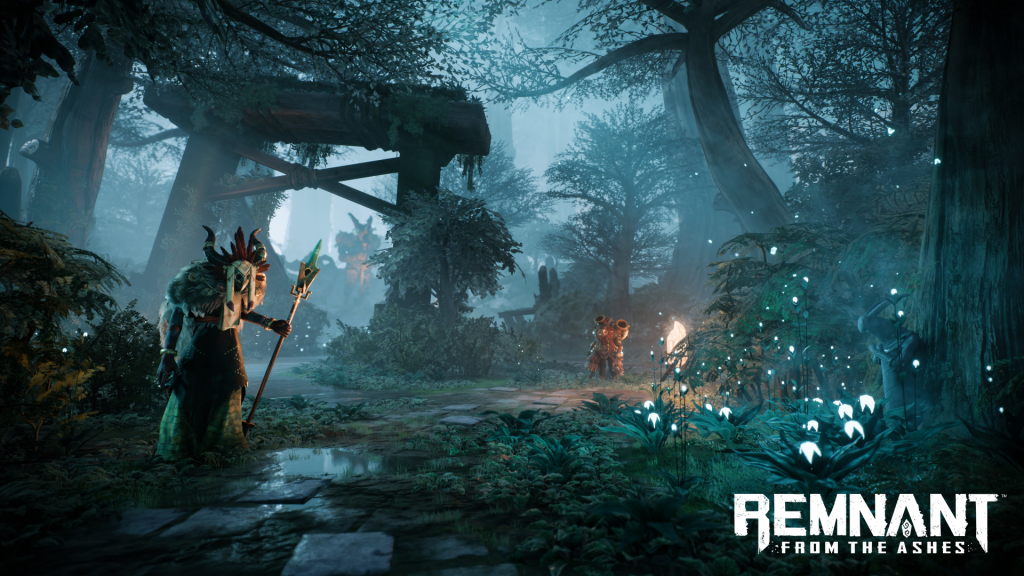 This is a massive shame as, despite being out for some time, Remnant still has a healthy pool of active players. Jumping into matchmaking, I’ve never struggled to find allies to play with, and the community is still as supportive and open as ever, which is a rarity in today’s ultra-competitive world of gaming. There are enough people still interested in a completely new challenge to justify a more significant update.

Thankfully the new survival mode offers a bit more longevity. This is an entirely new mode that’s specifically designed for hardcore Remnant veterans looking for a new challenge. It drops your character into a new hub with just their underwear, a pistol and 1000 scraps – the game’s currency. In the hub, you can buy basic armour and weapons or a dragon heart – the game’s healing item.

From there you’re plunged into an arena and tasked to fight off waves of enemies that power up the longer you last. As an added twist the enemies also sporadically drop tombs of knowledge, which grant your character’s new skills or upgrade ones they already have, giving you an incentive to play much more aggressively than you usually would. 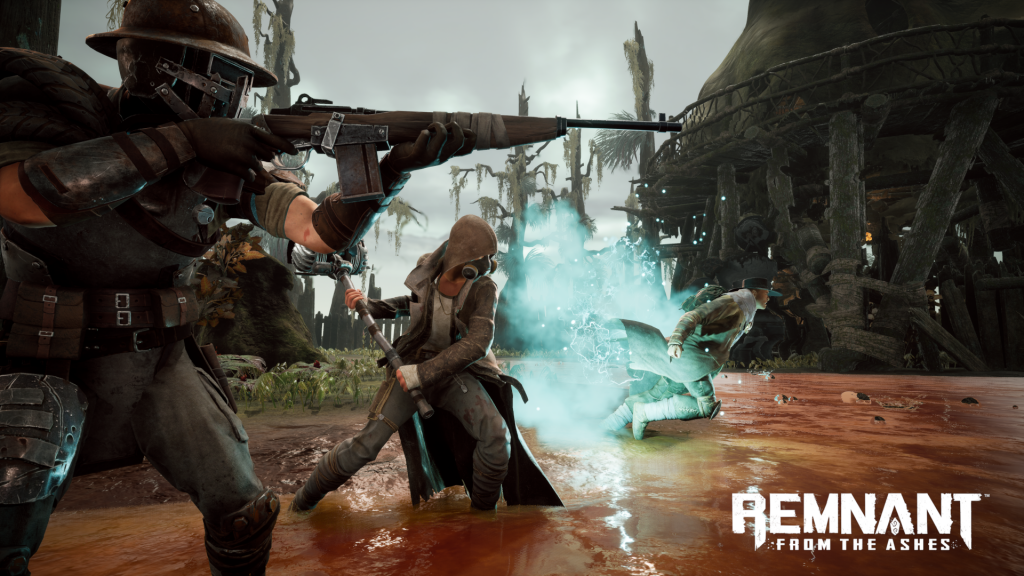 The mode is brutally difficult and will on occasion even throw bosses at you, making it the closest thing to the “ultimate challenge” Remnant players have been asking for since the game first came out.

If you’re a Dark Souls fan yet to experience the majestic joy of Remnant: From the Ashes then you should definitely consider picking it up with the Swamps of Corsus expansion. Though the DLC doesn’t add much to the main campaign, it brings yet more variety to the game’s already brilliant library of monsters and loot.

Veterans will be disappointed, however. Though the survival mode is fun, there isn’t enough new content in the main game to keep existing players entertained for more than a few hours, which makes it hard to justify paying extra for it.