PlayStation Classic would only be a half-accurate way to describe it. Re-releases of the 3D era are going to have to try better to get us onside.

What is the PlayStation Classic?

The PlayStation Classic is a miniature version of Sony’s 1994 PlayStation. It’s a similar retro exercise to the SNES Mini or Neo Geo mini, except that while those games were from the golden age of 2D gaming, the PlayStation was the console that heralded 3D gaming.

Problem is, these early attempts at 3D were innovative, but not necessarily great looking. Titles like Syphon Filter or Destruction Derby represent early attempts at the slick 3D gaming we expect now, and upscaled via HDMI to fit big screens, can’t hide their imperfections.

For those of you wondering where the trend for retro re-releases can stop, it’s here. The PlayStation, along with titles like Final Fantasy 7, Metal Gear Solid and Cool Boarders 2 which are on the PlayStation Classic, was my first gaming love. But even with rose-tinted glasses it’s impossible to recommend the Classic to anyone but hardened enthusiasts. 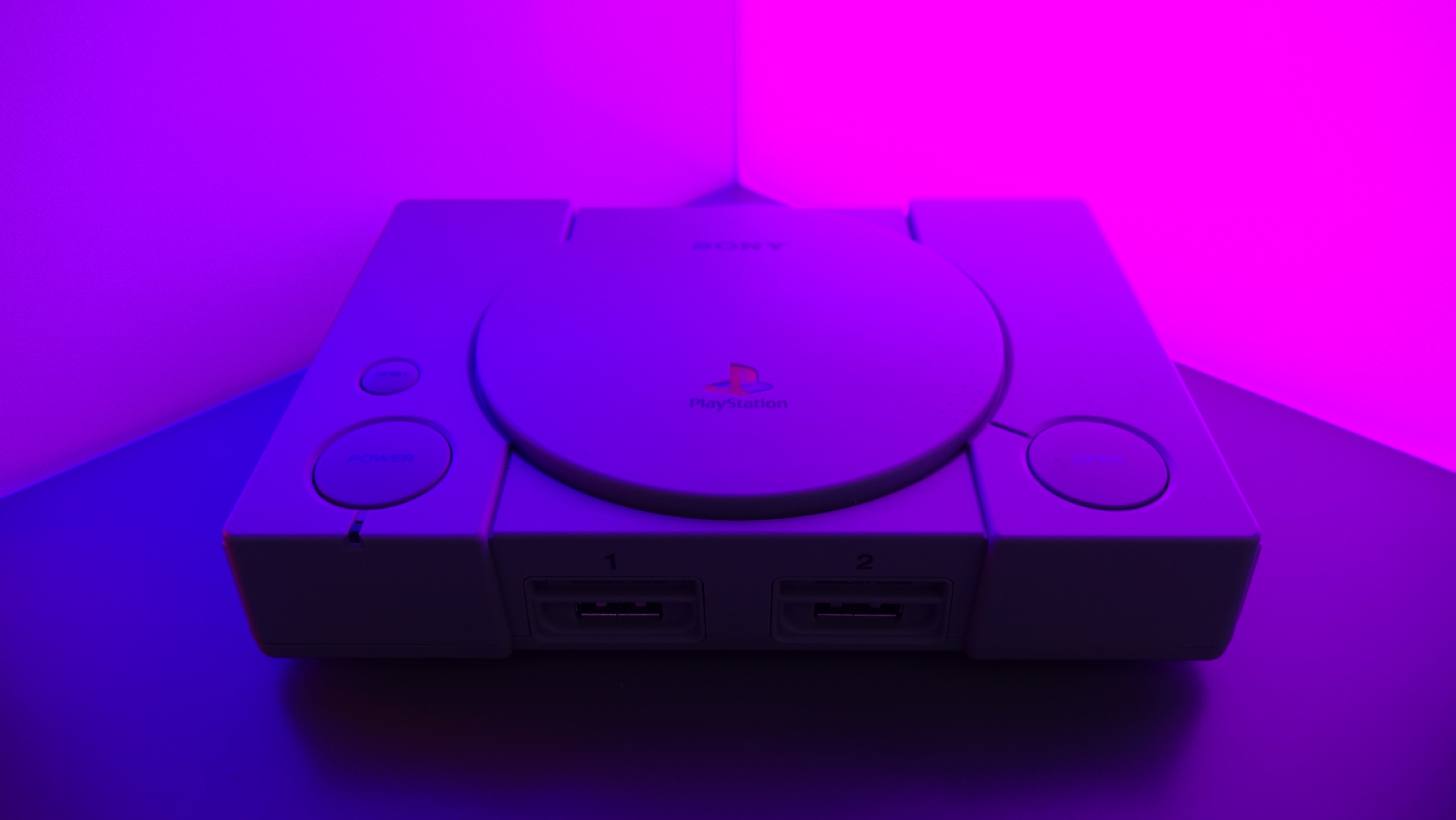 The PlayStation Classic is a looker. It comes with two standard controllers – no DualShock here – on arms length cables, plugging in USB ports to the PlayStation itself.

This little beastie is a perfect facsimile of the classic PlayStation that launched in 1994, except a fraction of the size. The console fits comfortably in the palm of my (admittedly huge) hands, and makes use of all of the buttons. It’s very cool, and it’s hard not to feel nostalgic pressing the power button and hearing the trademark whine as the console starts up.

Using the reset button to return to the main menu is a good step, and with some games you’ll be able to use the eject button to change discs, mostly useful for the small mountain of discs Final Fantasy 7 will ask you to wade through, and to watch the end movie of Metal Gear Solid.

Cables all have that classic PlayStation colour, and without turning it on it’s easy to champion this as a worthy addition to the recent spate of re-releases, especially for a kid that was raised on a Mega Drive and PlayStation and never quite fell in love with Nintendo’s offerings in the same way.

Turn it on though, and things go sideways. The biggest disappointment about the whole package comes from the games, a collection of 20 games that boasts just a handful of gems.

Does anyone really care about Intelligent Qube, a game about destroying cubes before they crash off of the map? If so, I’d love to meet them. This is a game that I played a demo of as a kid and thought it was awful, and to see it here hailed as one of the 20 most influential games is agony.

The problem isn’t so much Sony’s fault as it is the licensing departments of games companies around the world. The PlayStation was one of the first consoles to have the majority of its exceptional games delivered by a third party and that’s something that has come to bite it on the behind now, years later. 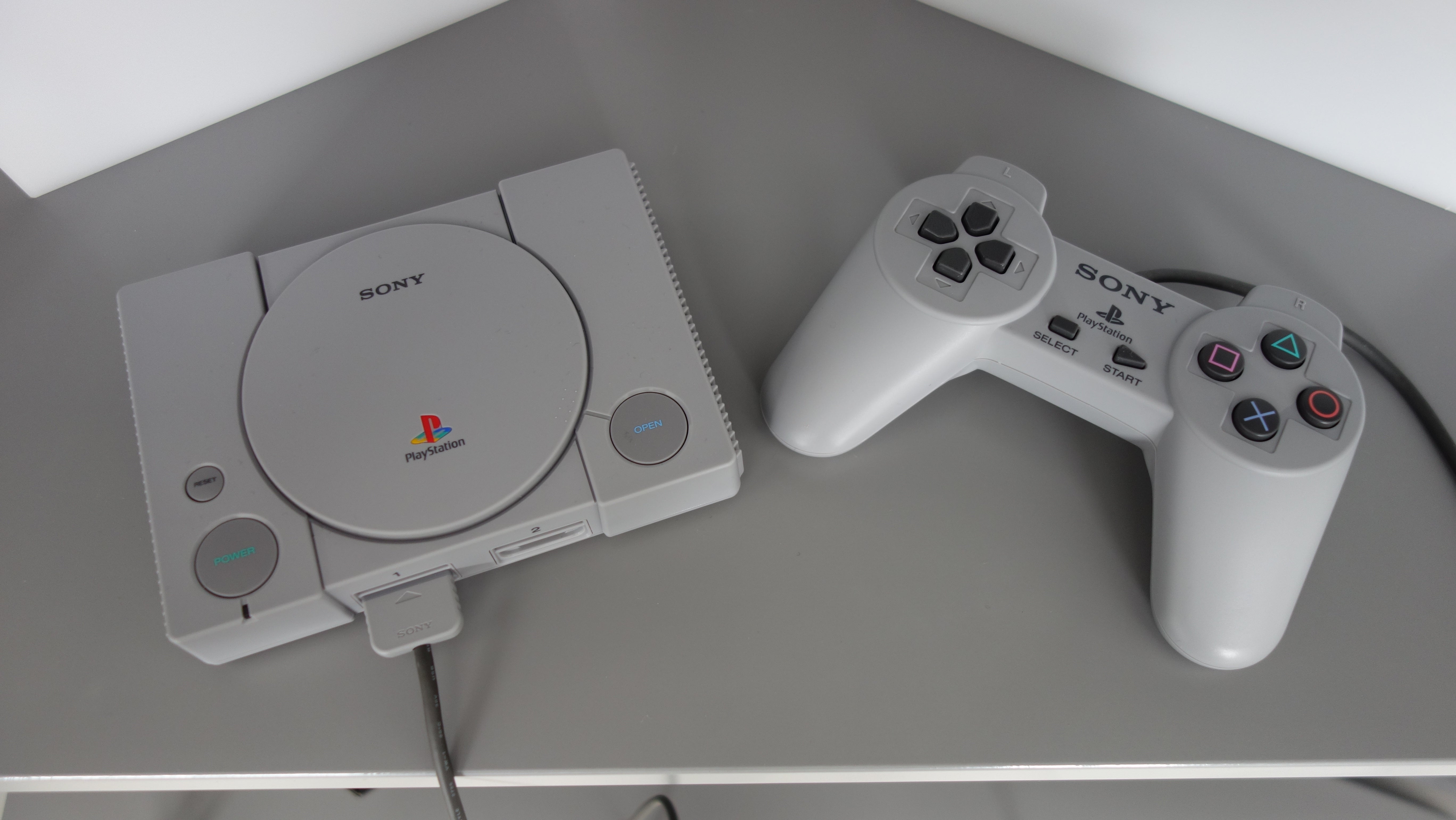 This explains, in part, why most of the games on offer with the PlayStation Classic are tripe. We’ve gotten hands on with an EU version, with the following games:

Classic titles like Crash Bandicoot and Tomb Raider, ubiquitous with the PlayStation in its heyday, are nowhere to be found here, victims of ever shifting licenses, brand deals and their own remasters.

Meanwhile, games that are here and in 3D: classics like Syphon Filter or Battle Arena Toshinden, have aged poorly. Gabe Logan, Syphon Filter’s daring secret agent, looks like someone has slung 140kg of meat into a bin bag and asked it to kill some terrorists. It is, sometimes, difficult to determine which way he’s facing in cutscenes.

The 2D games here have aged well: Mr Driller is surely deserving of a Switch re-release, and Oddworld Abe’s Oddysee stands up even after all this time, even if it is remarkably tricky. Rayman and Grand Theft Auto are notable as curios, games from the past that have inspired franchises that still make an appearance today, even if these precursors no longer look familiar.

Meanwhile, the JRPG’s have all aged fairly well, and Tekken 3 has become an office favourite, with productivity dipping sharply as we now settle the most minor of grievances with a best-of-five brawl. 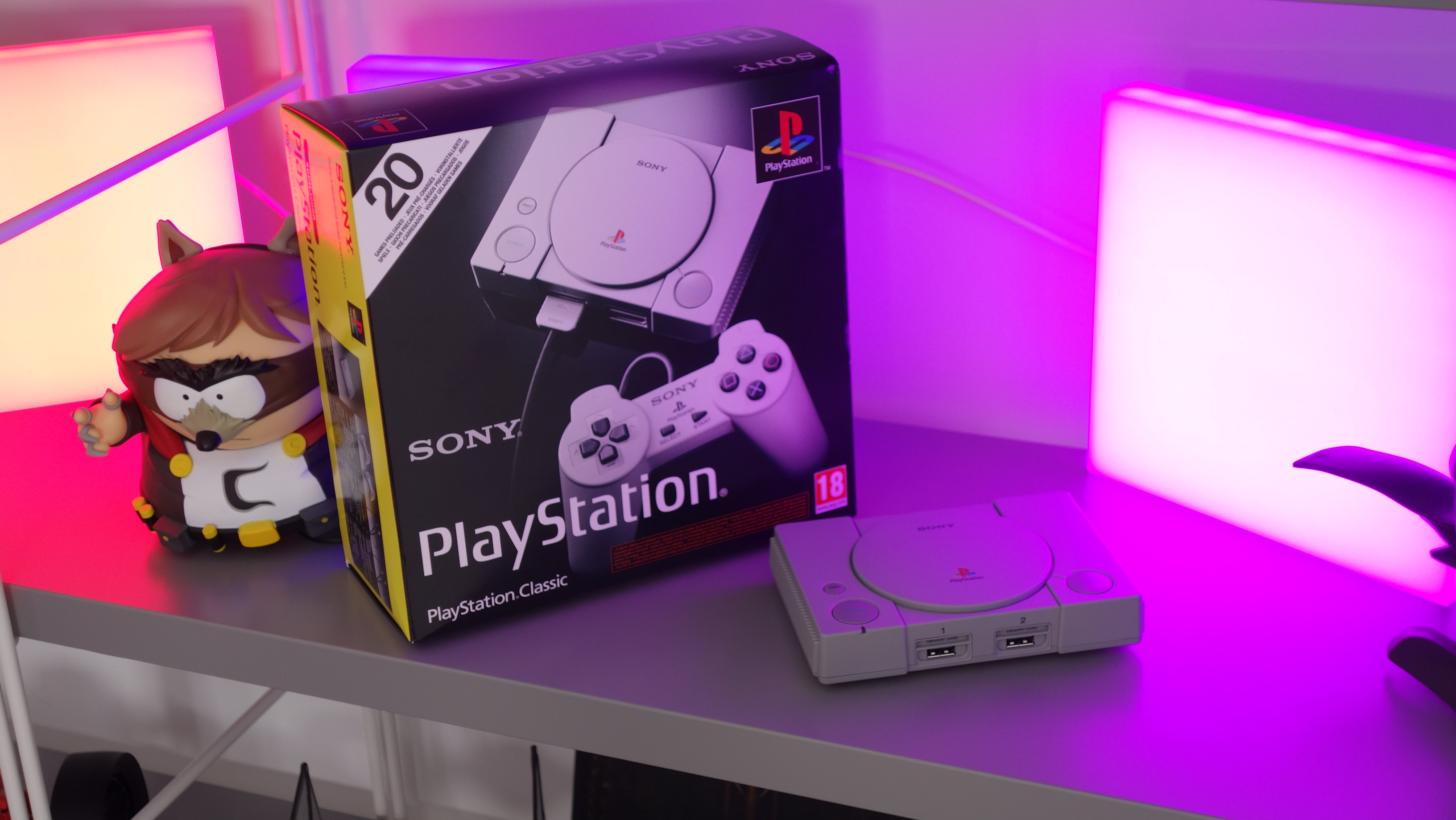 Many of the games that are still worth playing have now had big remasters of their own, making them playable elsewhere. Resident Evil was the subject of not just one but two excellent remakes, meaning the Director’s Cut found here isn’t even the best version of the game playable today. Final Fantasy 7 is currently being remade, although you can buy it right now on your PC or on the PlayStation Store without fuss.

As the PlayStation Classic doesn’t have much to it beyond barebones emulation, there’s no real reason to recommend this beyond as a novelty item and I’m not certain that I can in good conscience.

Metal Gear Solid is still bloody great though, despite the other 3D titles showing their age, this one has a sense of style that keeps it looking top notch. 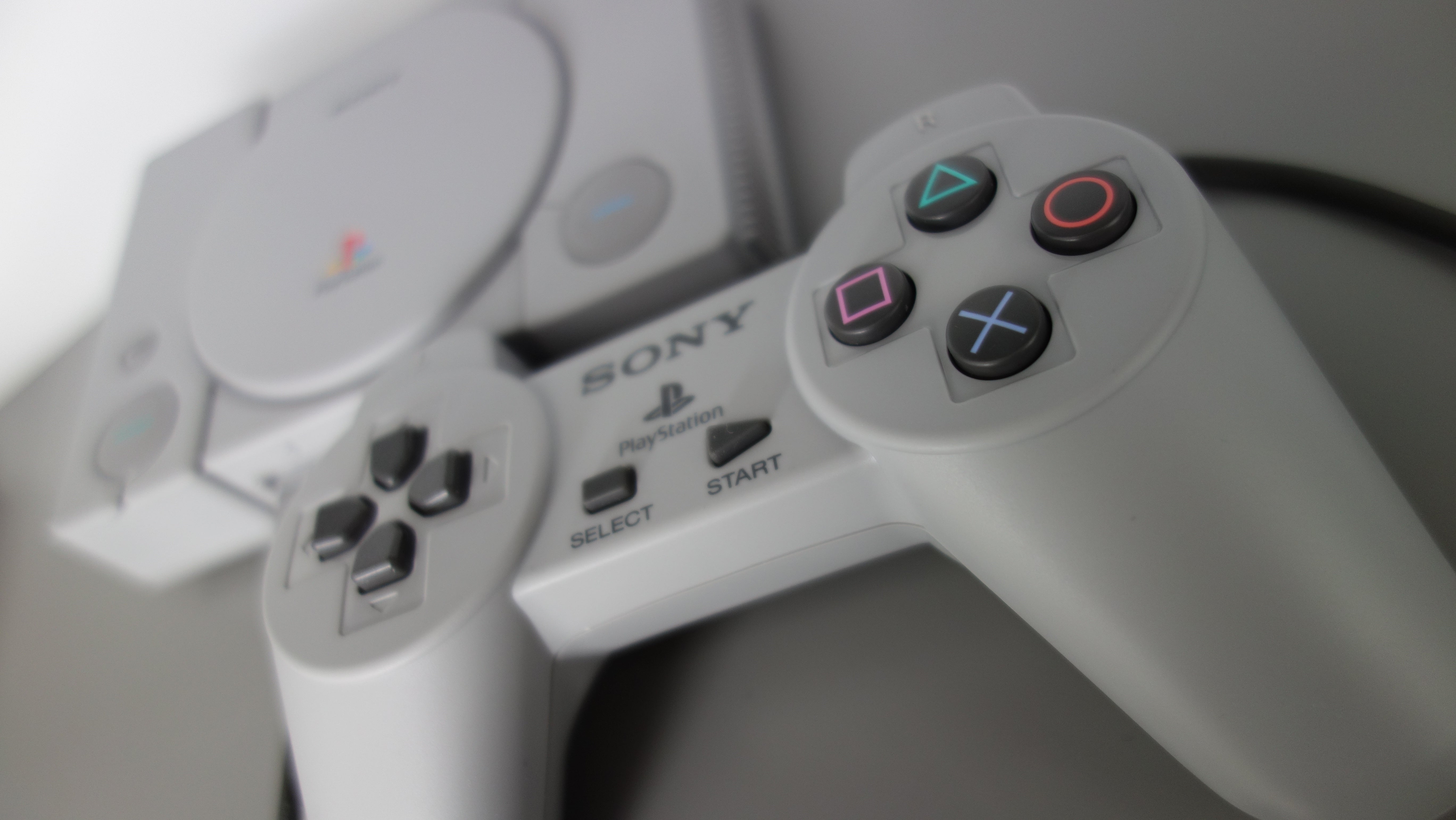 Should I buy the PlayStation Classic?

To make it longer, it’s difficult to justify the expense for a collection of the PlayStation’s more forgettable games. While licensing issues kept many of the classics locked away, it would have been nice to see more curation with the titles involved. Titles like Legacy of Kain or Dino Crisis, cult hits that haven’t had an outing in years and would be more interesting than a lot of the games on offer here, many of which just don’t excite in the way they once did. Sure, you can’t expect games to grip you the same way they did back in the 90’s, but the other retro consoles seem to have more going for them.

Ultimately, it’s hard to blame Sony too much for this. These retro console releases are dependant on the game’s involved, and the PlayStation’s strength was always in its licensed properties and third party games. We were never going to see Alien Trilogy or Independence Day, but it’s hard to feel enthused about most of the games on offer.

PlayStation Classic would only be a half-accurate way to describe it. Re-releases of the 3D era are going to have to try better to get us onside.