The Beats by Dr. Dre range has caused a massive increase in the number of people interested in premium headphones, but it has arguably had some very negative effects too. To cater for the cash-rich, basshead masses, urban headphones have spread faster than a cold among commuters. And to our minds, that’s not a good thing. The Philips Fidelio L1 is the first in a range designed to counter this effect. These headphones strive for accuracy and a neutral sound, rather than artificially pounding bass.

For all their mature aspirations, they don’t look at all dull. Made largely out of thick anodised aluminium and high quality protein faux-leather, the Philips Fidelio L1 look and feel like true high-end headphones. These are over-ear cans, encasing your ear lobes with 2in thick padding, and are designed to be versatile, capable of both entertaining at home and around town. 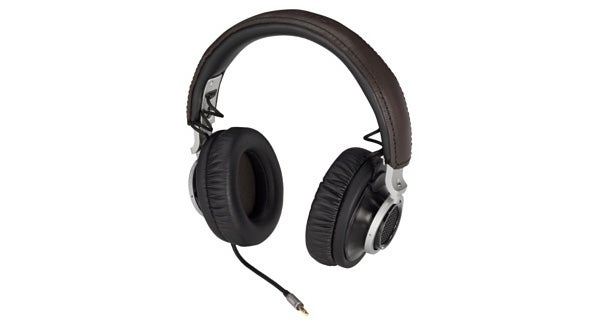 Such claims often amount to little in design terms, but the Philips Fidelio L1 are quite unusual in a core respect. They are semi-open headphones, with lightly covered metal grilles on the back of each aluminium earcup – there’s not a full seal between your ear ‘oles and the outside world. In most headphones of this type, such a design would make them entirely unsuitable for use anywhere other than at home, or in a quiet, secluded environment. However, Philips has gone to some lengths to make them more versatile than this.

The grilles look chunky and open, but are covered by another layer underneath to minimise how much sound escapes, and how much outside noise is let in. It works fairly well too, teaming up with the foam pads to let hardly any sound escape. That said, they’re still less-than-amazing at blocking out external sound. 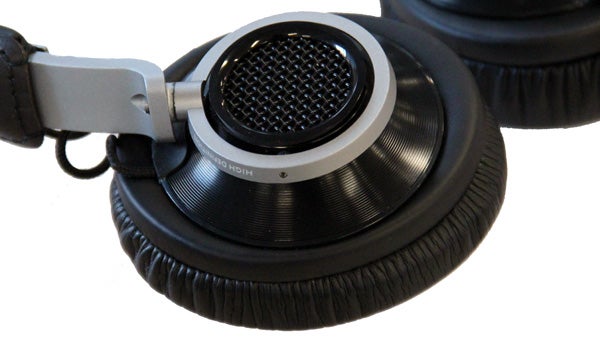 They’ll handle overground trains and less busy streets, but taken down to the noisy purgatory of the London Tube network and you’ll need to crank up the volume significantly to deal with the noise.

The rear grilles also help to give the Fidelio L1 a distinctive look. They are chunky, with a bit of an industrial flavour, but none of it is posturing for the sake of it. Comfort is good too, with generous padding on the ear cups and seemingly minimal weight added in the generous use of aluminium throughout the headband. They will heat your ears up more than fully-open headphones, but not to the extent of being uncomfortable to wear – apart from in the height of summer, we imagine.

Quality workmanship continues in the cable. It’s covered with braided fabric and both the remote housing and straight 3.5mm jack plug are protected with aluminium, finished in the same textured style as the frame. The remote is a three-button affair, controlling volume and playback with an iOS device, and a pin-hole microphone on the back lets it double as a hands-free kit too.

Not bothered about this functionality? The Philips Fidelio L1 headphones also come with a secondary cable that leaves out this little housing. Rather unusually, the cable isn’t detachable at the point it enters the cup, but around 10cm down the cable – it’s something we don’t approve of. While there’s an argument to say that a socket mounted on an earcup could also break, it’s considerably less likely than a cable failing through wear and tear. And once that 10cm cable does fail, you’ve no way of easily replacing it.

Nonetheless, the Philips Fidelio L1 headphones are a breath of fresh air. Unlike just about every other headphone we can think of, they’re not too big to wear outside without feeling self-conscious yet still give you that big-headphone comfort, and they’re built to last too. But that won’t mean much if they sound as good as two empty cans of chopped tomatoes strapped to your head.

Philips says it tried to make the Fidelio L1 headphones as accurate and neutral as possible, closer to something like the AKG Q701 than their obvious high street rivals, like the House of Marley Destiny TTR and Monster Beats by Dr. Dre Studio.

First, let’s cover the good. These headphones offer great clarity and better bass management than we expect to see in a set we’re not embarrassed to wear out of the house. The top-end isn’t ultra-smooth and laid-back like the top at-home Sennheiser HD 650 headphones, but it is accurate and well-rendered as promised, boasting an uncoloured take on the source material. 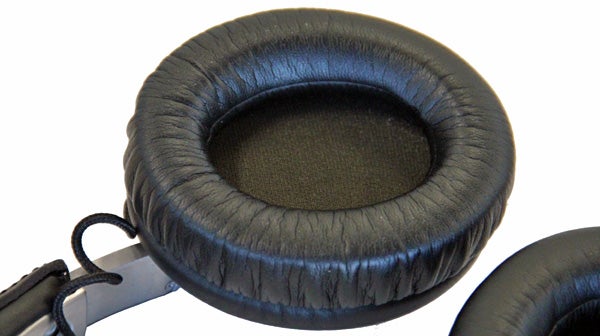 There was something nagging away at our ears that took a while to identify, though. The Fidelio L1 tick a lot of boxes instantly – voluminous but not too heavy bass, good top-end and a seemingly versatile signature – but after a while we couldn’t get over the sense that there’s something slightly unsatisfying about it.

Then we realised that there’s a cloying sense to the low-mid range that robs the bottom end of its impact and detracts from the other-wise impressive transparency of the upper registers. It could be identified as warmth, but it doesn’t feel like a positive aspect in-situ. Thankfully, there is a solution.

We noticed an improvement in mid-range openness when the Fidelio L1 were used with a headphone amplifier. Even the ultra-portable, low-cost Fiio E6 miniature headphone amp had a positive effect, letting the bottom-end reclaim its lost impact. The bass is there – quite a lot of it, in fact – it just gets the limelight stolen from it by the upper bass and low-mids.

In an at-home headphone, needing a headphone amp for best results isn’t too much of an issue at this enthusiast level, but it may put off those who just prefer to sling the things on and go – especially as the 26Ohm impedance suggests they’ll be happy to work off a player’s output alone. In our opinion, the sonic benefits are worth the extra effort of an amp, though. With that bit of extra power, they offer an extremely enjoyable listen – rich, detailed and lots of fun for a set that’s self-consciously serious. It’s also possible that these ‘phones will bed in a bit more after extended listening, as we found with the Phiaton PS 500. 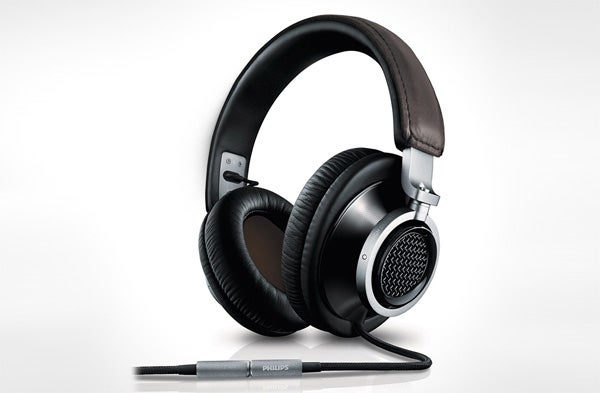 The Philips Fidelio L1 have the design chops to work as a dual-purpose for many – as a music/gaming/TV headset while you’re on the sofa, and as entertainment on the way to work. No, they won’t block out as much sound as the Bose QuietComfort 15 or the Beats Solo HD, but they will stop people around you from hearing your tunes. And that’s the main thing, in our (terribly socially conscious) book.

If you’re out for a set of headphones to use exclusively at home – and don’t live with noisy children of housemates, though, you can get an airier and more open sound from an all-out open set of headphones. The Fidelio L1 do benefit from their semi-open design sonically, but the sound stage is only wide for a closed set – not an open one.

Verdict
The Philips Fidelio L1 are semi-open headphones that want to stay at your side whether you’re at home or out around town. For the most part, they do the job perfectly. They are extremely well-made, look pretty natty and are comfortable as long as it’s not steaming hot outside. Their sound is clear at the top-end, but benefits from amplification to relax the otherwise bundled-up low-mid range.