The 65-inch UE65F9000 is Samsung’s biggest ‘mainstream’ Ultra High Definition TV to date (assuming you’re not lucky enough to consider the brand’s £35,000 UE85S9 to be mainstream!). This means it should provide the perfect forum for showing off the picture quality benefits of the higher resolution format. Or for highlighting any potential flaws it might have…

Considering what a cutting-edge TV it is, the UE65F9000 is just a touch ‘normal’ looking by Samsung’s usual mouthwatering standards. It’s still attractive enough – not least because it manages to support 65 inches of screen inside a bezel only slightly wider than 1cm across. But personally we slightly prefer the looks of Samsung’s F7000 and F8000 Full HD TVs. 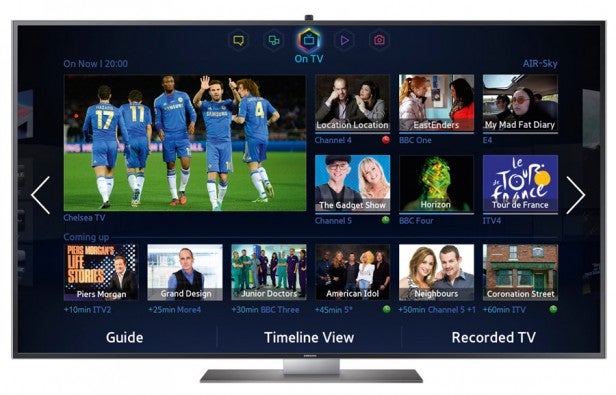 The UE65F9000’s rear features startlingly few connections. But don’t worry; this is only because the vast majority of its jacks are found on an external box. This approach means you only have to have one video cable going into the screen – handy if you’re thinking of wall-hanging the set. But more importantly it also provides Samsung with a way of upgrading its TV (by replacing the external box) with both future Smart TV systems and potential future UHD input systems.

These will include, of course, the recently announced HDMI 2.0 standard, with its support for 60Hz UHD picture feeds (current HDMI jacks can only handle UHD up to 30 frames per second unless they compromise in other areas, such as colour fidelity).

In essence, then, the UE65F9000’s external connections box replaces the Smart Evolution Kit boxes available for Samsung E7000, E8000, F7000 and F8000 TVs. There’s not yet any pricing information on how much replacement connection boxes might cost when they become available, but the main point at this stage in the UHD game is that Samsung has a clearer and more flexible upgrade path than any other manufacturer we’ve seen to date, and that can only be a good thing when you’re spending £5,000 on a TV. 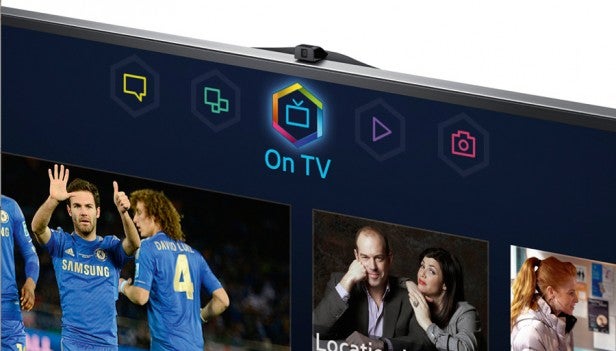 Four paragraphs into this section of the review, and we still haven’t focussed properly on the single most important feature of the UE65F9000: its UHD resolution. This means it carries 3840×2160 pixels instead of the usual full HD 1920×1080 resolution, delivering four times as much picture information. Native UHD/4K sources are currently very hard to come by, it has to be said, but they’re coming. And in the meantime the set can upscale current HD and even standard definition sources to its UHD resolution.

If you’ve read our previous reviews of UHD/4K TVs, you’ll know that they’re capable of having a transformational effect on 3D as well as 2D pictures. With the UE65F9000 this effect should be particularly interesting, since Samsung’s preference for the Active 3D format means the set will have to upscale 3D Blu-rays to a UHD resolution. Rival UHD TVs that use the passive 3D format use their extra resolution instead to make sure you get to see all 1080 lines of a 3D Blu-ray picture.

Backing up the UE65F9000’s UHD resolution are an impressive sounding 1000Hz-emulating motion driving engine, propelled by a native 200Hz panel.

Also promising is the set’s local dimming technology, whereby sectors of the edge LED lighting system can have their brightness controlled individually to boost contrast. Given how impressive the contrast performance of Samsung’s F8000 TVs was without using local dimming, we can’t wait to see what the locally dimmed UE65F9000 can do with our favourite dark movie scenes.

Inevitably the UE65F9000 is equipped with Samsung’s latest content-rich and sophisticated Samsung Smart TV system. Particular highlights of this are the class-leading amount of streaming video services available (including LoveFilm, Netflix, BBC iPlayer, ITV Player, 4OD, Demand 5, BlinkBox and Know How Movies) and a recommendations system based around an analysis of your viewing habits. 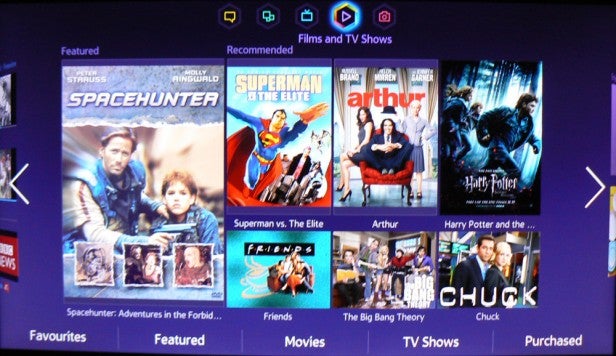 The set can also stream a wide variety of photo, video and music files from networked DLNA computers, and thanks to built-in cameras and a microphone in the touchpad remote control Samsung supplies with the TV you can also operate the TV by waving your hands about or issuing instructions vocally.

We’ll look at these alternative control methods in the Other Points To Consider section later – or you can check out our in-depth look at Samsung’s 2013 Smart TV offering in this earlier feature.

As you would expect of a set as high-end and cutting edge as the UE65F9000, it carries a huge suite of picture calibration tools – easily enough to keep any professional installer happy, despite Samsung not having pursued an official endorsement for the set from the Imaging Science Foundation (ISF).

The only slight surprise about the many picture set up tools is that they don’t include anything specifically devoted to the set’s UHD resolution. Sony and Toshiba have both provided picture tweaks dedicated specifically to their 4K upscaling capabilities, but Samsung just provides the same tweaks you would get on one of its high-end full HD sets.

In truth, though, this isn’t as problematic as it may sound, for we didn’t have much trouble at all in using the provided toolset to get outstanding native and upscaled 4K pictures from the set. 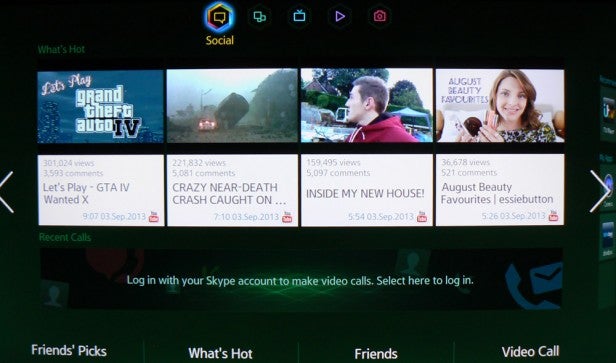 We were really pleased during set up, too, to find that Samsung has provided a couple of presets – the Standard default one and a Movie one – which show a keen appreciation for the main picture quality concerns (noise levels and colour levels) that most interest your average home cinephile.

If you really want to mine every last drop of quality out of the screen, though, there are a few manual tweaks you might want to play with. The sharpness tool has the single biggest impact on the balance between noise and detail in upscaled UHD pictures. We personally wouldn’t have this set higher than 20-25, but you could perhaps push it higher if your viewing position is a particularly long way from the screen.

We’d recommend only using the local dimming engine on its lowest power setting to minimise the opportunity for spotting light ‘blocks’ around bright objects, and the dynamic contrast functionality should also only be used on its lowest level – if at all – to prevent the image becoming unstable and flickery during dark scenes.

We’d also urge caution with the set’s Motion Plus processing. Personally we preferred to leave the feature off when watching 2D Blu-rays, and while we did use it for 3D, we still only did so on either its relatively low-powered Clear setting or on a manual setting with judder and blur cancellation both set to around their three levels.

Finally we would strongly recommend reducing the set’s backlight output to below 10 if you’re watching in a dark room, to avoid backlight clouding.