The Philips 55PUS7809 is potentially one of the most exciting TVs of the season. For despite cramming a UHD/4K pixel count of 3840×2160 into its 55-inch screen it can be yours for just £1,500. That’s the same price as the recently tested Samsung UE48HU7500 UHD model, despite the Philips screen being seven inches bigger. So it’s arguably the clearest indicator yet of just how aggressive 4K pricing looks set to become in the coming months. But how much quality has Philips had to sacrifice to hit this price? 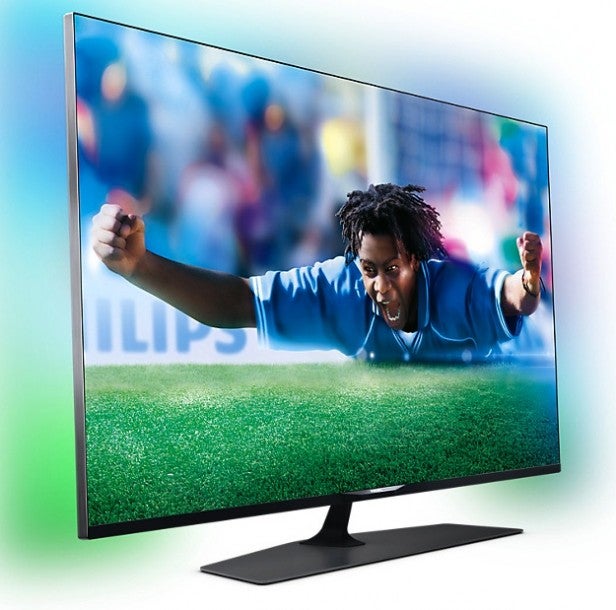 As with most of Philips’ TVs this year, the 55PUS7809 is a looker. The top, left and right sides of its bezel are extremely thin – under 1cm – yet they manage to squeeze lots of style and build quality into what there is of them thanks to their glossy black finish, metallic trim and angular corners.

The bottom edge is slightly wider, but it’s still highly attractive with its brushed aluminium finish and illuminated Philips logo resting on a protruding central ‘ledge’.

The stand’s well built too, and we like the way the screen’s top sheet runs right across to the very edges of the bezel, giving a ‘one layer’ finish.

This being a Philips TV there’s a deeply cool design bonus in the form of Ambilight, whereby the TV uses LEDs down its rear and sides to pump out pools of light from its edges. These light pools can be set to match the colour content of the images you’re watching, and since each LED can be controlled individually you’ll be amazed at how accurately the Ambilight colours can match the location of different colours in the pictures.

Connectivity on the 55PUS7809 is interesting. Initially it looks great, with its four HDMIs, three USBs, and both LAN and integrated Wi-Fi network options (among other less important things). It’s great to find, too, that one of the HDMIs is able to handle the HDCP 2.2 anti-piracy system introduced for the 4K era. 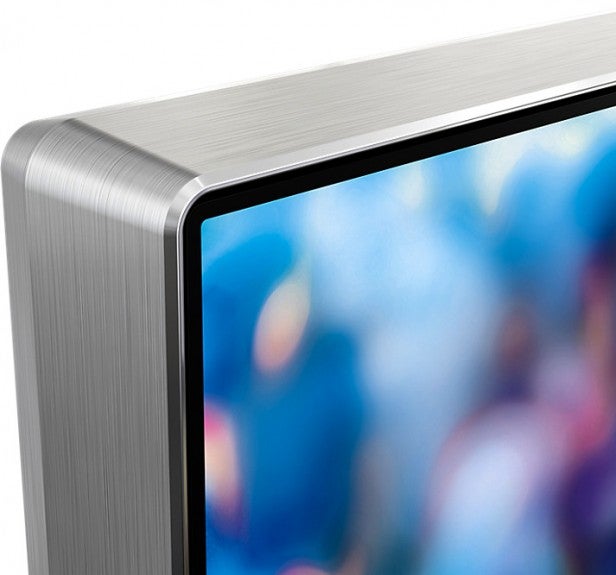 However, dig deeper and you can find a couple of significant problems. First, none of the HDMIs are built to the v2.0 standard, meaning the set can’t currently handle 4K feeds at higher frame rates than 30fps. Precious few TVs had v2.0 HDMIs last year, but Sony, LG and Samsung have all managed them this year, so it’s a shame to see this Philips set missing out.

The other significant limitation finds the 55PUS7809 unable to decode HEVC video streams. This means it can’t handle the Netflix 4K streams of Breaking Bad and House of Cards, or, potentially, any other future 4K streaming services that might launch. As we said in our review of the Panasonic TX-50AX802, not being able to support the only widely available and significant 4K source the world currently has to offer is clearly a major disappointment.

To be fair to the 55PUS7809, future set top boxes will probably provide some sort of streaming/4K/Blu-ray solutions. But even then the lack of HDMI 2.0 could still represent a problem – or, at least, a limitation.

Pixel Precise isn’t the highest-powered processing system in the Philips arsenal, which initially seems a bit surprising given that this is a high-end model. But on reflection we guess the key £1500 price mark wouldn’t have been possible if Philips had applied its Perfect Pixel system.

Motion processing seems pretty strong with its 600Hz emulation (achieved via a combination of a native 100Hz panel, backlight scanning and frame interpolation), while contrast should benefit from Philips’ Micro Dimming Pro system. This doesn’t use local dimming, but rather breaks the TV down into hundreds of small ‘blocks’ for analysis so that the set can continually better calculate the optimum picture settings.

The 55PUS7809 supports 3D playback, using the passive system. Four pairs of glasses are included, which is quite generous by this year’s rather stingy standards.

Aside from picture set up tools we’ll cover in the next section of the review, the other key feature of the 55PUS7809 is its Smart TV engine. This follows the same format as other Philips TVs we’ve seen this year, and is discussed in depth in a separate article.

Briefly speaking, it’s an improvement on last year’s Philips Smart TV efforts in terms of its presentation, speed and content. Though its ‘recommendations’ system is pretty borked right now, and it still lags behind many of its rivals in content terms, with its highlights only comprising Netflix, YouTube, Spotify, the BBC iPlayer and BBC Sport. 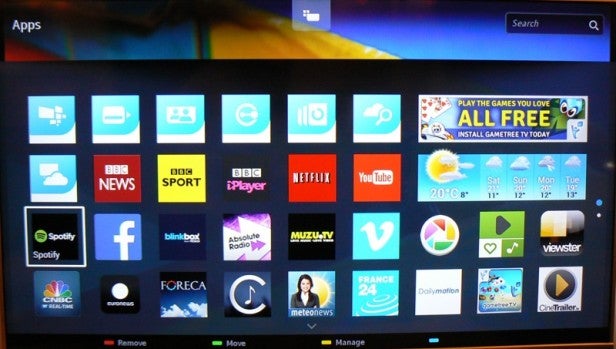 So far as we’re concerned, Philips’ picture processing systems should be labelled Handle With Care. Not because they’re incapable of being helpful, but because if used incorrectly they can certainly become unhelpful!

The main things to be wary of are the noise reduction (NR), motion processing tools and contrast adjustments. Where NR is concerned we would simply advise you to turn both NR systems off when watching HD and, especially, native UHD/4K content, as they make such pristine sources look soft and processed.

When it comes to motion processing, with 2D we’d recommend that you stick with either the lowest-power Minimum setting of the Perfect Natural Motion system, or else try turning it off completely. With 3D you may find you need to step up to the Medium setting to counter the increased judder, though be warned that at this level the processing can cause some noticeable ‘haloing’ glitches around some moving objects.

It’s with the contrast-related settings that you’ll have to do the most work. First, we’d suggest you reduce its Video Contrast setting to around its 75-80 value. Second, only use the Dynamic Contrast tool on its Minimum level, which boosts contrast without causing the picture’s overall brightness level to leap around too distractingly. Finally, where the Contrast Modes are concerned we strongly suggest you only use the Standard one, as the Best Power one can make pictures look too dull while the Best Picture one works so hard it becomes distracting.

One additional point we’d make here is that as Philips doesn’t provide a straightforward backlight adjustment, you should experiment with the set’s Light Sensor option on. Normally we always turn such features off, but in the 55PUS7809’s case the light sensor’s backlight manipulation can actually be helpful in a very dark room, helping you achieve deeper blacks than you can with the set’s manual adjustments.