As we’ve noted with other IPS TVs this year, the 55PUS7809 is at its best with 3D content. Its use of passive 3D technology allows it to deliver all the native resolution of a full HD 3D Blu-ray without any detail compromise, and without the flicker or – hopefully – crosstalk problems associated with active technology.

We added ‘hopefully’ there because some of LG’s passive 3D TVs this year have unexpectedly suffered quite badly with localised crosstalk. But there’s not a trace of this problem on the 55PUS7809; in fact its 3D images look almost completely free of the tell-tale ghosting problem. 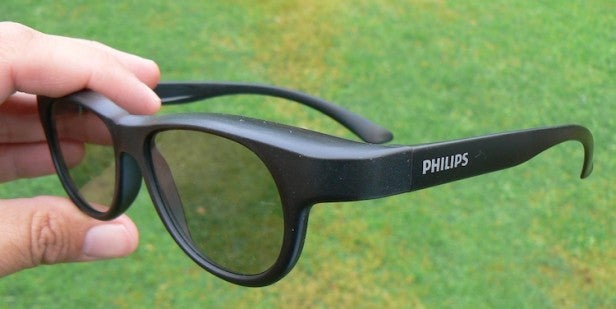 They also enjoy a terrific sense of depth and space, as well as looking impeccably bright and colour-rich. Motion can judder more than it does with 2D, but the motion processing is powerful enough to counter this via its Medium setting – though if you use this, you do have to live with an increase in haloing glitches around moving objects.

Even the screen’s black level problems are less pronounced with most 3D content, due to the slight dimming effect of the 3D glasses and the fact that such content tends to be shot with a wider dynamic range.

Detail levels sometimes seem a little reduced in background areas, especially compared with UHD/4K TVs that use the active 3D format. Also, really dark 3D scenes are certainly not immune to the TV’s contrast problems, and just occasionally there’s a slightly fizzy look to some areas of high detail. But overall the 55PUS7809 is another 4K TV that does a brilliant job of putting 3D back on our AV map.

Provided you avoid the 55PUS7809’s pseudo surround modes, which tend to cause harshness and under-strength vocals, the 55PUS7809 gives a very solid audio account of itself. Pretty extreme volumes can be reached without distortion setting in or the soundstage starting to lose cohesion, and voices are both clear and well placed.

Treble detailing is reasonably clear too, and delivered without sounding too stark in the mix. This is down at least in part to the fact that the TV has a decent stab at pumping out bass, thanks to a woofer speaker on its rear.

Unfortunately, under extreme duress this speaker can suddenly give out almost completely, or overwhelm the rest of the mix, especially if you’ve stuck with the flawed ‘incredible surround’ settings. But these bass flaws are fairly few and far between, leaving Philips’ set in a position to deliver a soundstage that for the most part does its large 4K pictures proud.

The 55PUS7809 doesn’t ship with a second ‘smart’ remote control like many rival smart TVs do this year. But the remote you get with it is still pretty friendly, with an engagingly heavy feel and the inclusion on its rear side of a full QWERTY keyboard that only works if the remote detects that you’ve turned the remote that way up.

IPS screens have tended to suffer with significant input lag issues – especially in the 4K realm, where there’s also upscaling processing going on with most content. So we weren’t surprised to find the 55PUS7809 measuring around 80ms of delay in reproducing its pictures when using its Game preset. This is enough to slightly impact your gaming skills with fast-reaction games, though it’s also far from the worst input lag figure we’ve seen. 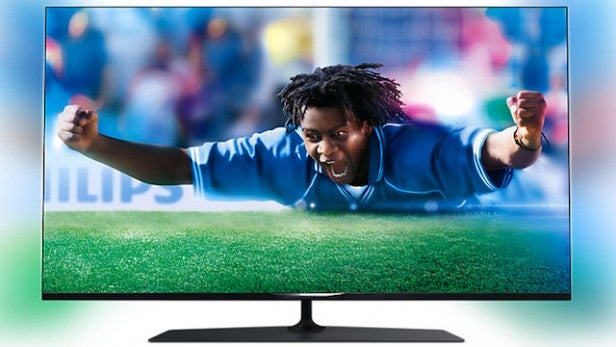 With its £1,500 price the Philips 55PUS7809 will be sorely tempting to resolution-loving home cinema fans. After all, it’s a large UHD TV that’s actually cheaper than some full HD 55-inch TVs.

It does a mostly great job of delivering the benefits of its ultra-high resolution too, while its design is sleek and fashionable and it even sounds fairly good for most of the time.

However, its smart TV system falls short of most rivals these days, its 4K content support is frustratingly limited versus rivals like the Sony 65X9005B, Samsung UE65HU8500 and LG 55UB950V, and its contrast performance makes dark scenes difficult to watch.

We love the price of the Philips 55PUS7809, but it cuts a few too many corners to make it a must have.

Next, read our pick of the Best TVs