The MCI8080 is a component hi-fi system from Philips’ impressive range of Streamium products, which allows you to stream music wirelessly from the internet and devices on your home network. It’s how everyone will be listening to music in the future when physical formats have gone to the scrapheap in the sky, and the MCI8080 provides a convenient way of hopping on the streaming bandwagon. But you don’t have to throw out your discs just yet, as it also comes equipped with a disc drive that plays DVDs and CDs. 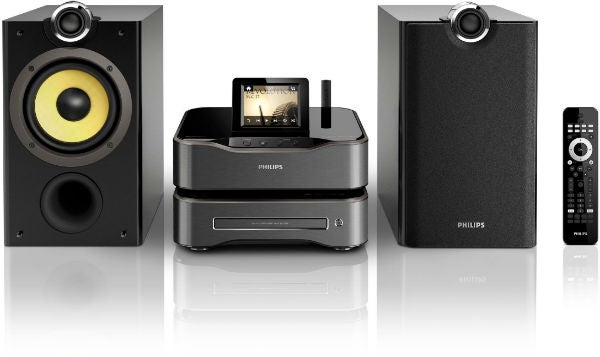 Incredibly, that’s just the tip of the iceberg. The MCI8080 also comes with an external 160GB USB hard-disk drive, allowing you to upload up to 2000 music albums and create a local media library (with a wide range of supported digital formats on the spec sheet), plus there’s even support for an optional iPod/iPhone dock.

So with network and web streaming, FM and internet radio, iPod, HDD, USB, CD and DVD to choose from, the MCI8080 really does have all bases covered – the quintessential ‘one-stop shop’ for all your music playback requirements.

And like the good-looking kid at school who was also amazing at football, the super-talented MCI8080 is also blessed with chic styling that’ll make its classmates green with envy. It comes with two separate components that sit on top of each other – control unit on top, disc player below – both of which are fairly compact (251 x 216 x 274mm) with curved corners and a stunning brushed gunmetal grey finish all around the outside. Both units are literally topped off by a lustrous gloss black top panel.

Sitting atop the control unit is a small LCD touch screen, which is arguably the system’s coolest feature. It displays the range of functions using large icons and logical submenus. In front of the screen is a sloping lip that houses a row of physical buttons, controlling standby, volume and mute. Build quality of the two units is also excellent, both feeling solid and heavy in our hands. 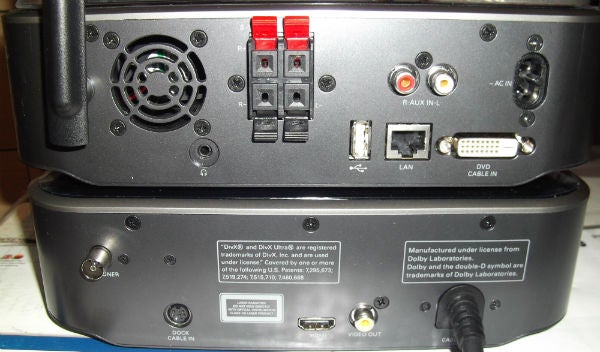 There isn’t an abundance of sockets on the back, but it’s a case of quality over quantity. There’s a USB port for HDDs and flash drives, an HDMI port and composite output for connection to your TV, an Ethernet port in case the built-in Wi-Fi is of no use, analogue audio input and an iPod dock input. The FM aerial port and composite video output are found on the back of the disc player section, which connects to the control unit using a DVI connection.

If we’re being honest, the supplied ‘Clarisound’ speakers aren’t the sveltest or most elegant Philips has ever designed. They’re big and boxy, which might make them harder to accommodate than they should be, while the build quality and finish don’t live up to the standards of the other components. The grilles are detachable if you prefer the drivers to be on show. 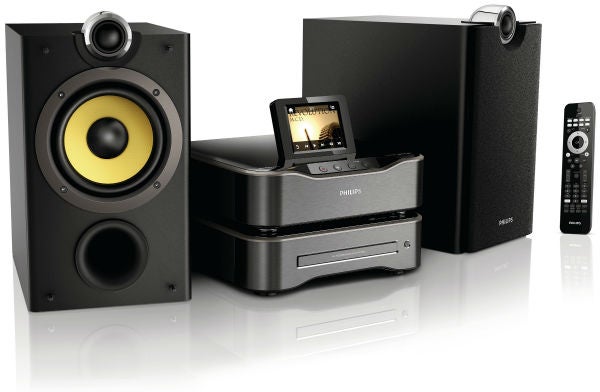 They wouldn’t be Philips products without an interesting design quirk and sure enough the external tweeters embedded into the cabinets’ top edge is an unusual touch. The supplied cables are of a decent standard and attach to sturdy plastic binding posts on the speakers and clips on the back of the control unit.

The system comes with built-in Wi-Fi (802.11b/g/n) and is DLNA certified, linking up with UPnP clients and servers, like PCs and Macs automatically. The MCI8080 will stream music and photos, with a list of supported formats that includes MP3, WMA, AAC (non-DRM), eAAC , FLAC, WAV, Ogg Vorbis and JPEG. You can view photos while playing music.

There’s a range of other music streaming options, including built-in internet radio access, with a search tool, presets and favourite stations, as well as access to Spotify and Napster, which is a real coup as it puts millions of tracks at your disposal without a PC in sight.

Another network-linked feature is the ability to control the system using an iPhone, iPod Touch or Android Smartphone. Just download the Philips MyRemote app and you can control this system and any other networked Philips devices.

This brings us neatly to the system’s Multiroom capabilities. You can share a song playing on this unit (from the connected HDD) with other Philips network streamers ((like the ones pictured above) in other rooms around the house simply by hitting the Multiroom Music icon on the touch screen as the track is playing. 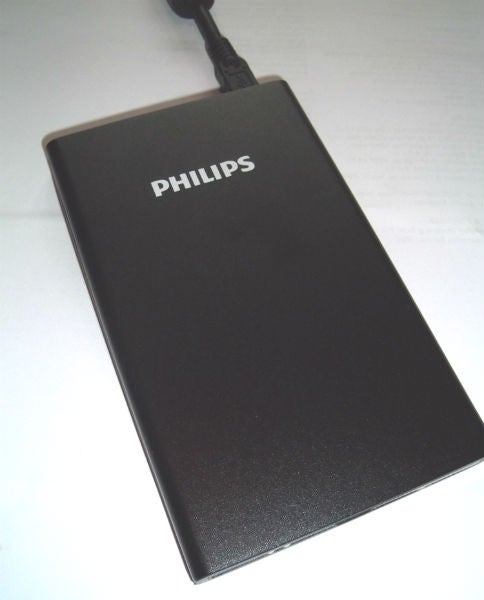 In the box is a 160GB external hard-disk drive (above), which boasts a robust metal casing and comes with a cradle for standing it upright.

On the sound quality front, the system features 2 x 50W from its Class D digital amplifier, and is equipped with FullSound to boost the depth of music playback. The speakers use a two-way design, with separate 1in tweeters and 5.25in mid/bass drivers achieving a frequency response of 75Hz-20kHz.

Fundamentally the MCI8080 is easy to use, thanks to the intuitive layout of the touch screen LCD and the considerate button layout on the supplied remote. The icon-driven LCD display looks wonderful, and the built-in pressure sensors respond quickly and consistently.

Also impressive is the way it finds content quickly, moving from one menu to the next without you having to wait for ages while each screen is populated with content. There’s a handy search tool to help you find the track you want quickly, and lists of content are clear thanks to the large text, which scrolls to show you the entire title. 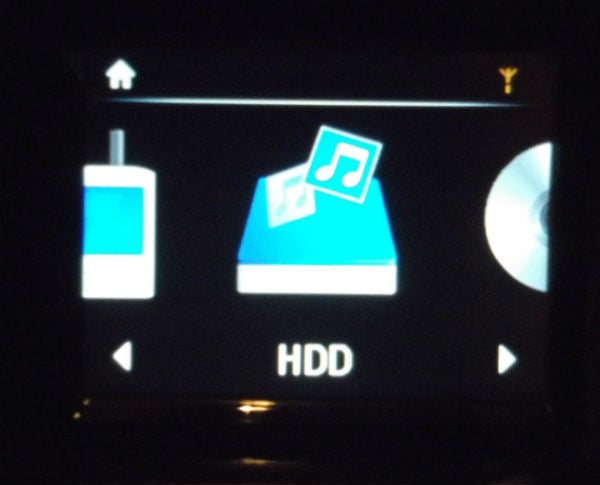 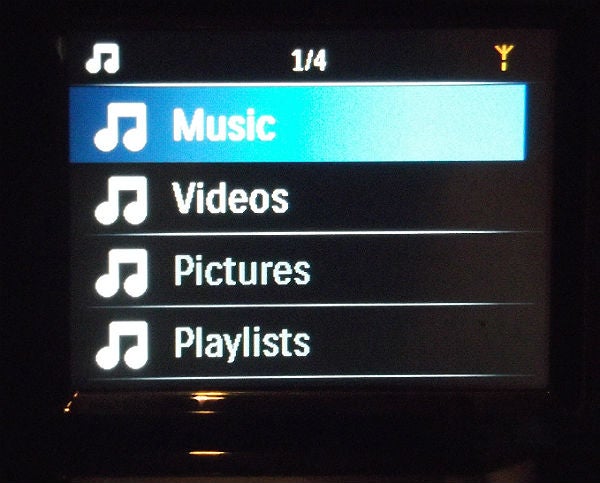 We’re also hugely impressed by the Spotify feature. There’s a no-fuss feel to the menu system, which allowed us to start streaming tracks within seconds. The initial screen offers a choice of What’s New, Top Lists, Playlist and Search. While playing music, the screen displays album art, title, track and album info. It’s really slick and enjoyable to use.

Within the interface is a settings menu that allows you to tweak the levels of bass, treble and balance of the sound, as well as turn FullSound on and off. This menu is displayed on screen when accessed in Disc mode. The Network settings menu makes it incredibly easy to hook up to a wired or wireless network. It looks for access points automatically and allows you to enter an encryption password using the alphanumeric keys on the remote, or the touch screen keyboard.

But it wasn’t all plain sailing. We had trouble streaming certain internet radio stations and the system crashed a few times during our tests, usually while trying to stream music over our network. But these glitches stopped happening after a while and we’re hoping they’re peculiar to our review sample.

The MCI8080’s performance is excellent across the board. We started out with a couple of songs encoded in FLAC – Take My Soul and Stargazer by Thievery Corporation – and were blown away by the richness and clarity of the sound.

Top-end detail is confidently teased out and midrange frequencies are prominent and robust, yet it’s the bass performance that really stands out. The speakers deliver deep and nimble bottom-end support that lends effortless warmth and punch to these excellent downtempo tracks. 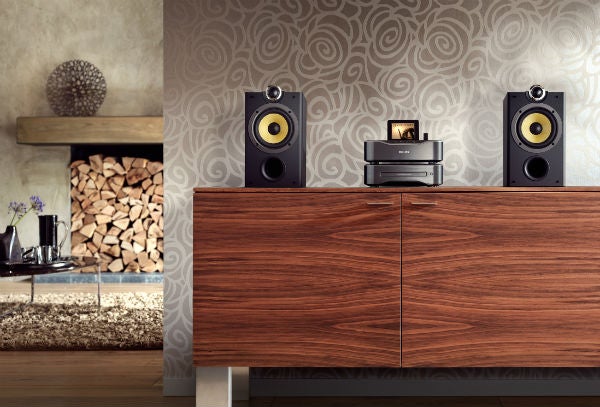 But switch up to something a little faster like house or hip-hop and the MCI8080 keeps pace with the rhythms nicely, while more refined material like Danse Russe from the Tchaikovsky’s The Nutcracker sounds suitably smooth and dainty.

Switching to compressed audio formats like MP3 and AAC, the sound is never anything less than enjoyable. But when we tried playing CDs we were surprised to find that the drive is a little fussier with discs than expected. We can understand it skipping and jumping when spinning our scratched-up CD-RW, but not with a brand new pristine copy of Amy Winehouse’s Lioness. Again we’re hoping this is down to our review sample.

After copious disc wiping, the drive settled down and we were finally treated to the system’s wonderfully absorbing CD performance. The mellow reggae of Our Day Will Come oozes from the speakers, its insistent bassline and sparkling hi-hats trotting along nicely while the late Ms Winehouse’s incredible voice soars from the speakers with spine-tingling purity. On the downside, FullSound is a little too rich and overpowering, leaving you with two choices – turn down the bass level in the sound settings, or turn it off completely. 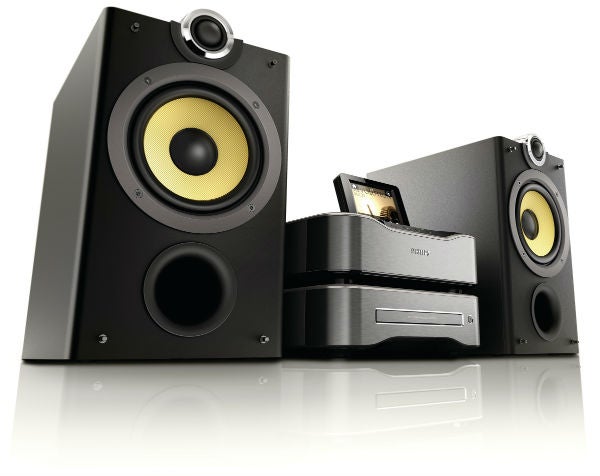 Onto DVD performance and the Philips does an impressive job at upscaling the eye-popping visuals of Transformers: Dark of the Moon to 1080p. The image looks clean, jaggies are kept to a minimum and colours look natural. The robot CG is reasonably well resolved, but the occasional smearing and blurry SD pictures make us wish Philips has thrown a Blu-ray drive in here. But as it stands, these enjoyable DVD pictures make it a nice bonus.

For some reason movie soundtracks don’t sound as loud and rambunctious as expected based on the power of its music playback – we had to turn up the volume high to make an impact. But FullSound’s efforts are much more welcome with DVDs, lending extra oomph to the bass output.

”’Verdict”’
Those of you with music stashed away in a variety of physical and digital formats will find that the MCI8080 is a brilliant way of bringing it all together. With USB HDD, network, iPod, internet and radio support, it’s a remarkably versatile system, with built-in Wi-Fi making the network functionality easy to access. DVD playback is a welcome bonus too, and the LCD screen is a lovely touch.

What’s more, it’s a real stunner to look at, build quality is superb and on the whole it’s slick and user-friendly, give or take a few teething troubles. Its music performance isn’t the most refined we’ve ever heard but the speakers provide enough warmth and detail to stir the emotions and DVD playback is solid, although a Blu-ray drive would have been nice.