At first, the Philips 42PFL6188S is a bit of a mystery. After a little delving, however , it turns out that the 42PFL6188S is a close relative of the PFL6008 series but designed expressly for ‘independent’ distribution channels, offering more powerful sound, more powerful motion processing and an extra two pairs of ‘gaming glasses’.

What’s more, it offers these extras all for the same money as the
Philips 42PFL6008. Which means it clearly has the potential to be an even better
mid-range option.

Not what you’re looking for? Head to our best TV round-up. 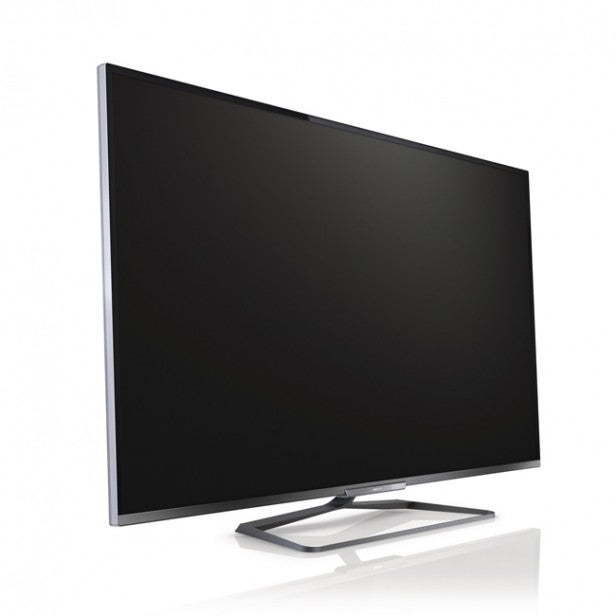 Aesthetically the Philips 42PFL6188S is pleasing enough. Its well-built black frame is on trend with its skinny width, and it expands cutely along the bottom edge where your eye then runs down to the set’s sultry metallic, open-framed desktop stand.

This being a Philips TV, there’s also Ambilight to consider, which casts the familiar pools of coloured light from the TV’s left and right edges. You can opt to have this coloured light match with a startlingly degree of colour and location accuracy the colour content of the image you’re watching.

People who prefer their TVs to blend into the background might think Ambilight sounds hideous. But actually it can increase your immersion in what you’re watching while also making the viewing experience more relaxing – so long, at least, as you make sure the feature is set to a relatively gentle level of ‘dynamism’.

Hooking our test sources up to the Philips 42PFL6188S reveals a pleasingly comprehensive array of connections for the set’s £850 price point. These include four HDMIs, three USBs for playback of photo/music/video multimedia files from USB storage devices, and built-in Wi-Fi for either streaming multimedia from DLNA PCs or going online with Philips’ latest Smart TV platform.

Despite having checked this system out thoroughly in our Philips Smart TV review, we gave it another spin on the Philips 42PFL6188S to see if anything had significantly improved/changed. But unfortunately it hadn’t.

The familiar problems – a very sluggish and rather dated looking menu system, a dearth of really useful video content providers (all that will interest most people, really, are the BBC iPlayer, YouTube, Blinkbox, and Netflix), and highlights/recommendations systems currently hamstrung by the shortage of services they currently integrate.

There are one or two good points too, such as the provision of a full
QWERTY keyboard on the rear of the remote and a Twitter app that
automatically searches for hashtag timelines connected with whatever
programme you’re watching. But these are rather trivial positives in the
context of the platform’s overall appeal. 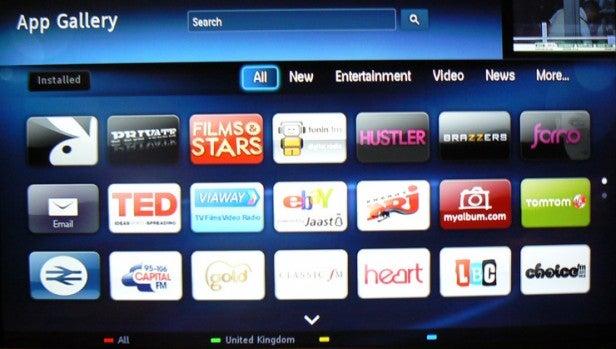 As noted earlier, the 42PFL6118S is an unusual variant, so it’s worth looking more closely at the differences between the 42PFL6188S and the next model in Philips’ line-up, the 42PFL6008.

The model we’re testing here sports a 700Hz ‘Perfect Motion Rate’ versus the 500Hz of the earlier-tested model. Its audio output is 4W higher as well, while retaining the rear-mounted bass woofer also sported by the 42PFL6008.

When it comes to the extra glasses, the 42PFL6188S adds two pairs of ‘two-player gaming glasses’ with which two different players can take advantage of the twin-stream aspect of 3D playback to enjoy simultaneous full screen gaming. This clever idea comes with some strings attached in terms of the reduced resolution of the full-screen image each player gets, but it’s still a concept likely to gain more traction in the years to come.

If you want to use the TV’s passive 3D system for actual 3D viewing, you’re provided with four pairs of glasses for that.

All things considered, the Philips 42PFL6188S appears to be the better deal considering both sell for the same price.