Available on PS4 (reviewed), Xbox One, PS3, Xbox 360, PC
Remember the good old days when FIFA had the modes, the teams and the slickest presentation, but Pro Evo had the edge on gameplay? Well, they’re back again. After a few years in the doldrums, Pro Evolution Soccer 2015 sees Konami’s football series back on form and looking better than ever. Not all of Konami’s efforts to match FIFA have borne fruit, but it no longer feels like a struggling Championship side in terms of features, and it gets things right on the pitch. If you’ve sampled this year’s FIFA and decided that it’s not for you, then PES 2015 should be right on target.

The skin-deep stuff is a big improvement on Pro Evo 2014. The menus have never been slicker, while the modern indie and EDM soundtrack is the best we’ve heard from a sports game in recent years. Crowd noise rises and falls in response to the onscreen action and the commentary from Jim Beglin and John Champion does the same, even if it grows worryingly repetitive within the space of a few matches. 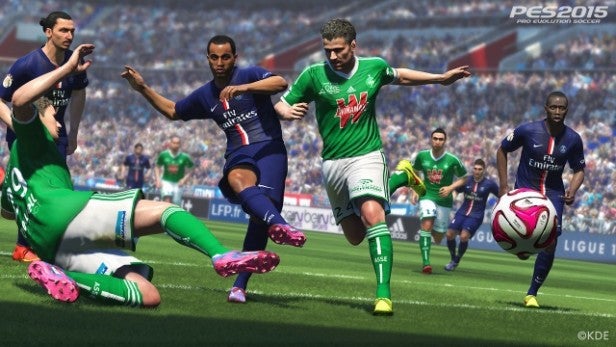 The graphics, meanwhile, show that Konami is getting to grips with the next-gen consoles. Players look more solid and convincing, hair and facial details are more lifelike, and the animation is top-notch. Arguably, Pro Evo’s handling of player-to-player and player-to-ball  interactions is more convincing, with fewer of those weird-looking motions that drag you down to the uncanny valley.

FIFA still has the better lighting, the better cloth dynamics, the better player likenesses and the better pitch, but PES no longer looks like a spruced-up last-gen title, and the close-ups of post-tackle injuries and goals can be eerily convincing. Weather and pitch deformation effects, while not that frequently used, also add to the real-world football feel. 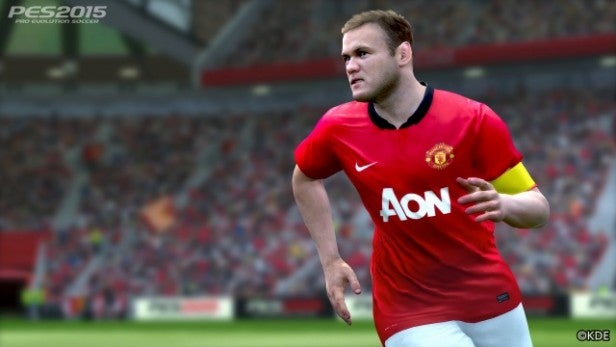 Beneath that, Pro Evo works harder to match FIFA’s wealth of modes. We get Master League and Become a Legend career modes, UEFA Europa and Champions leagues, the AFC Champions League, the Copa Libertadores and the Copa Sudamericana, while both the English premiership and champions leagues are represented. There are online tournaments, online lobbies and a quick matchmaking option to get you straight into a game. Most importantly, PES 2015 finally has an answer to FIFA’s popular Ultimate Team mode in myClub, an overhaul of Master League Online where it’s all about recruiting and building the best side you can field.

It doesn’t all work brilliantly. While the major tournaments are covered with atmosphere and flair, Master League struggles with a slightly bewildering interface, while Become a Legend isn’t as flexible as FIFA’s equivalent. In FIFA you can manage your player’s career but still control the whole team on the pitch. In Become a Legend, you only get control of that player, meaning you can spend half a match watching the action from the sidelines, and the rest only occasionally touching the ball. Team names are, as ever, a source of embarrassment. Only Manchester United make it in without an alias, and the addition of Championship clubs means you’ll spend more time than ever trying to work out who East Sussex or East Dorsetshire is meant to be. 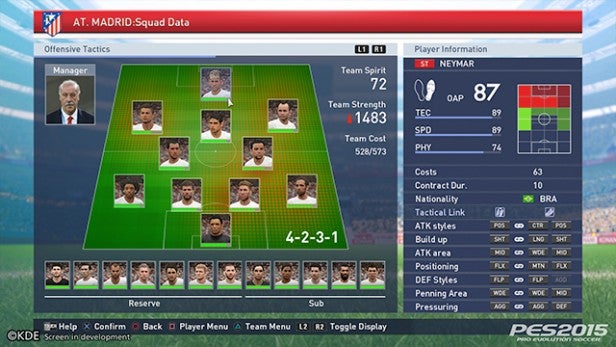 Meanwhile myClub has potential, but it’s nowhere near as accessible as Ultimate Team, with some really strange mechanics for scouting and transfers, and an awkward interface for managing your team. It’s a start, but it still needs work.

By now, it probably sounds like FIFA is still kicking sand in Pro Evo’s face and stealing its ice-cream, but Konami’s game makes its biggest strides forwards on the pitch. The last few FIFAs have seen abrupt changes of direction and a struggle to balance fun and accessibility against authenticity. Even those of us who would argue that FIFA 15 moved things in the right direction would admit that there are problems with its knockabout, end-to-end approach. 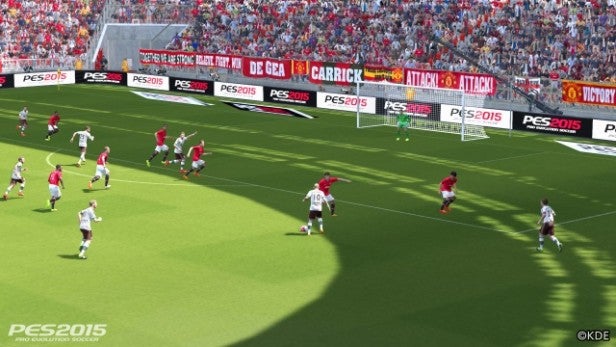 PES 2015 gets things just about right. There’s an urgent pace and flow to the action, where steady, tactical play can suddenly break into a full-on assault on the goal, and where cheap runs up the wing don’t often end up with the ball in the back of the net. While you always feel in control, your attackers do a better job of supporting aggressive plays, while defenders seem to work harder to keep a tight leash on opposing strikers. Overall, PES 2015 leaves you feeling like you’re handling a team, not a group of unconnected star players. When you score, it’s because you make opportunities and then use them. When you concede a goal, it’s because you failed to halt the other team’s attack.

It’s fast, it’s fluid and there’s room for surprises, drama and – most importantly – fun. You’re not relying on a superhuman goalkeeper to bolster an inadequate defence, or focusing on solo runs because they tend to pay off more. You’re simply playing football as the world’s best teams tend to play it. It’s a game that rewards skill – as evinced by our humiliating defeats at the hands of online players. If we had any gripe, it’s that tackles are surprisingly difficult to pull off, and that so many attempts seem to conclude in a foul and accompanying yellow card. 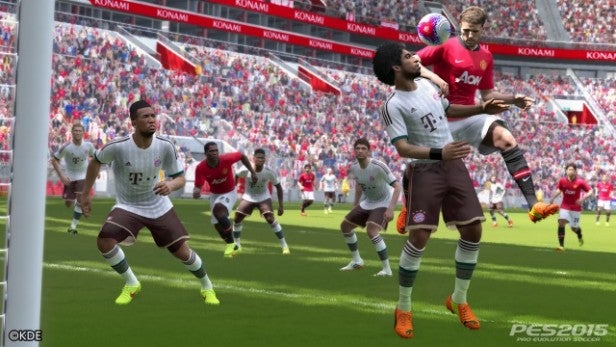 See what we mean about the good old days? If you want official teams, incredible graphics, the slickest presentation and the smartest, most accessible game modes, then this year FIFA should still be your game. Yet Pro Evo is finally catching up in most of those areas, and it’s the better, more exciting and believable game once the kick-off whistle blows. Perhaps next year one game will win through across the board, but this year it’s a case of working out your priorities and choosing the game you want to play.

Verdict
Pro Evolution Soccer 2015 takes important strides forward on graphics, presentation and game modes, while out-performing its arch-rival FIFA on the pitch. Official team names, more accessible game modes and some tweaks to tackling would all be welcome, but it’s great to see Konami’s football game back on form.